All aboard for faster-than-light travel Spaceships zipping at the speed of light or faster are something from science fiction. Think of the Millennium Falcon in the Star Wars movies and the starship Enterprise in Star Trek.

But a new research paper by an American physicist offers a potential plan for actual real-life travel faster than the speed of light — called superluminal travel. It proposes using conventional physics rather than ideas based on hypothetical* particles and states of matter with exotic* physical properties.

The paper, published this week in the journal Classical and Quantum Gravity, moves the question of superluminal travel a step away from theoretical* research and a step toward an engineering challenge, according to physicist Erik Lentz, who did the work while at the University of Göttingen in Germany.

A huge hurdle remains, Dr Lentz said, in finding a way to vastly reduce the immense amount of energy needed to power a theoretical ‘warp drive’ engine before any hope of building a prototype*.

“A ‘warp drive’ technology is principally envisioned to speed up transportation in deep space,” Dr Lentz said. “It can be used to enhance current ambitions for interplanetary and interstellar travel by drastically shortening travel times and widening mission windows.”

The nearest star beyond our solar system is Proxima Centauri, located 4.25 light-years — the distance it takes light to travel in a year — away. Light travels at about 300,000 kilometres a second and 9.5 trillion kilometres in a year. 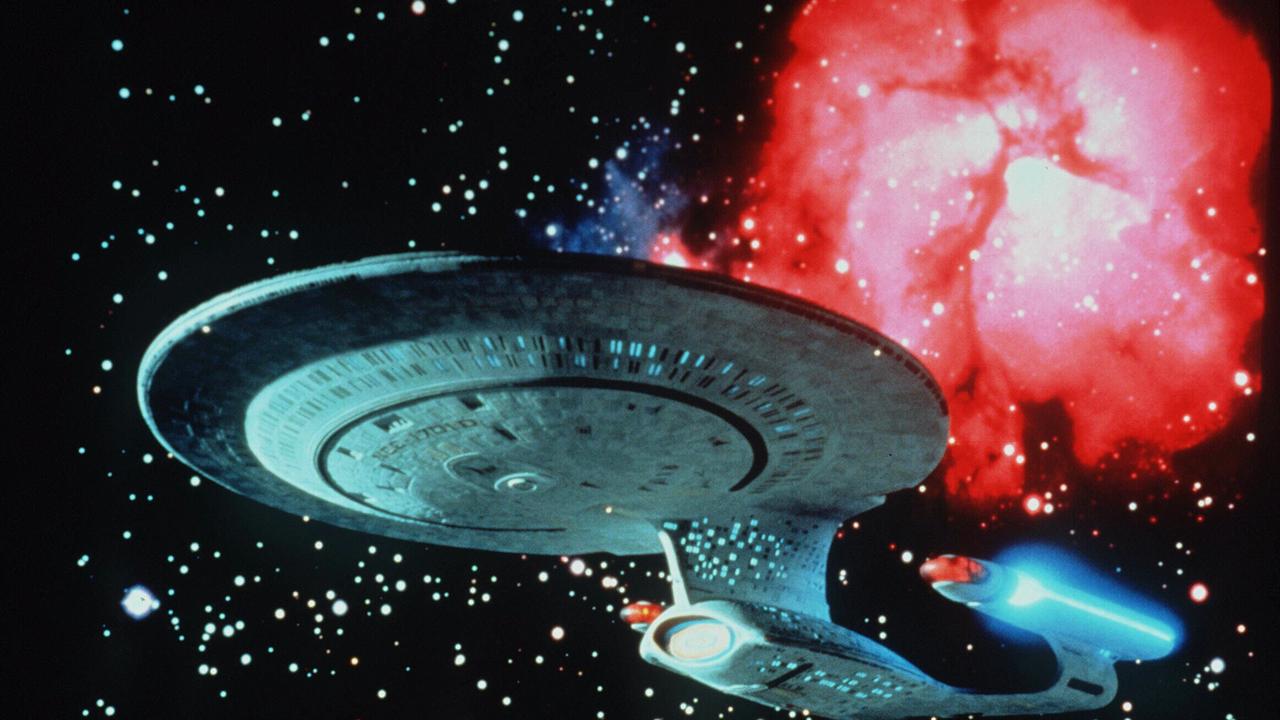 Using traditional rocket fuel, it would take about 50,000 to 70,000 years to reach Proxima Centauri, and nuclear propulsion with proposed technology would get there in about 100 years, Dr Lentz said. A light-speed trip would take four years and three months.

“If we are limited to travelling at sub-light speed, then multi-generational spaceships must be used for destinations beyond the nearest stars, which is basically a glorified* burial casket for at least the first generation of people. I do not find that prospect nearly as inspiring,” he said.

His paper describes the theoretical construction of a class of soliton — a compact self-sustaining wave moving with constant velocity* through space – capable of superluminal motion. These solitons are often referred to as “warp bubbles” and they would provide the basis for a propulsion system.

“Currently, the amount of energy required for this new type of space propulsion drive is still immense,” Dr Lentz said. For a spacecraft of about 200m in diameter to exceed light speed, that could mean perhaps the energy equivalent of hundreds of times the mass of Jupiter, our solar system’s largest planet.

A lot of work would be needed to make this a reality. Making it practical, Dr Lentz said, would require lowering the energy needs drastically down to the range of modern nuclear fission reactors. A way to create and accelerate the solitons also must be devised, he added.

Dr Lentz views the task as difficult, but not impossible. He said the next phase of theoretical research and development work could unfold over the next several years, with a fully functional prototype drive possible within the coming decade.

“The first truly superluminal drives may come some decades thereafter*,” Dr Lentz said. “I would like to see this technology in use in my lifetime.”

Starman in a Tesla Roadster car flies past Mars

CLASSROOM ACTIVITIES
1. Superluminal Travel
Work with a partner and design your own superliminal travel prototype. This machine is going to take you travelling faster than the speed of light so you have to imagine what sort of features that might require!

Use the information from the Kids News article as well as your own imagination and creativity to develop your prototype.

Sketch it below detailing its key features.

2. Extension
What might the future hold if interplanetary and interstellar travel becomes possible? Could it be advantageous or disadvantageous to planet Earth if it became a reality?