A special delivery has arrived at the International Space Station: a Christmas feast and some surprising presents 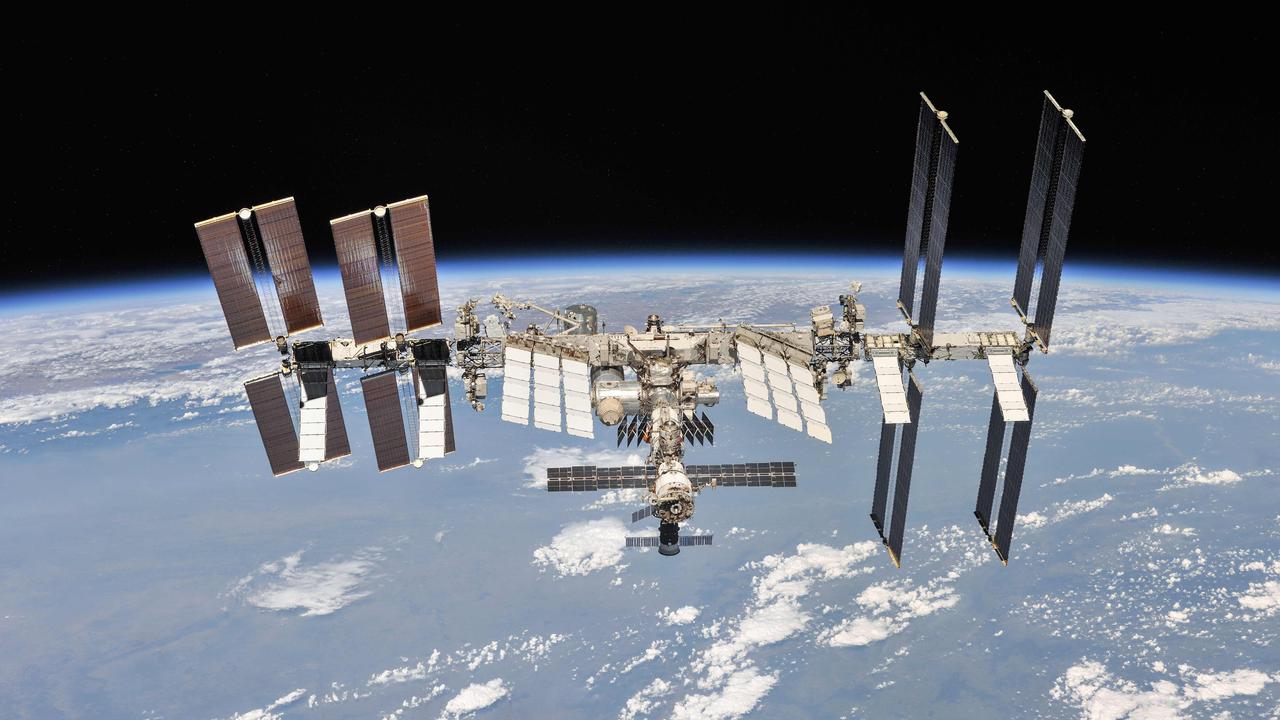 International Space Station photographed by Expedition 56 crew members from a Soyuz spacecraft after undocking, on October 4, 2018.

Astronauts on board the International Space Station will be feasting on a special Christmas dinner this year.

Billionaire* businessman Elon Musk’s space company SpaceX shipped a delivery of Christmas goodies to the ISS that arrived in plenty of time for the big day.

The Dragon capsule* carrying the feast launched from Florida, US, in the first week of December.

The journey to the ISS took three days. When it arrived astronaut Alexander Gerst used the ISS’s giant robotic arm to grab the cargo* and bring it on board.

NASA and SpaceX — which worked together on the delivery — had a failed first attempt because of difficulties with communication equipment. The second try was successful.

The Christmas hamper contains all the ingredients for a proper Christmas lunch.

There’ll also be shortbread and butter cookies, which come with tubes of icing to decorate the biscuits with. Christmas in space sees astronauts in Santa hats and decorating the ISS. Note the Santa floating next to the Christmas tree. Picture: CC

The ISS won’t be as crowded as usual this Christmas.

This year is the 19th December in a row that astronauts have been on board the ISS during the Christmas holidays.

Astronauts dress up in Santa hats, decorate the ISS with a small Christmas tree and stockings and enjoy a space-friendly Christmas lunch. Christmas is a big event on the ISS, but this year it won’t be quite so crowded.

Much of the menu is made up of vacuum-packed*, dehydrated* food, prepared by adding water and heat in space.

Food spills can damage equipment, so the astronauts have to be careful.

They’ll use a specialised piece of equipment called the space food rehydrator*, which uses water left over as a by-product of the space station’s fuel cells.

Astronauts can also enjoy tomato ketchup*, mayonnaise and mustard, as well as salt and pepper.

However, the salt and pepper are suspended* in liquid to make sure the particles* don’t float off into the air and clog up any equipment. Astronauts rehydrate their food using a special machine, then tuck in, making sure no bits float away. Picture: ESA

The Christmas delivery didn’t only contain food, however.

NASA and SpaceX also sent up 40 mice and 36,000 worms, which will be used for ageing and muscle studies.

SpaceX sends a car into space

CLASSROOM ACTIVITIES
1. A Spacey Christmas
Work with a partner and choose a well-known Christmas carol such as Jingle Bells, Deck the Halls or Rudolph the Red Nosed Reindeer, and adapt the song lyrics to reflect what Christmas looks like for the astronauts on the International Space Station.

If you’re brave enough, perform your carol to the class!

2. Extension
How do you think the mice and worms will contribute to space research?

HAVE YOUR SAY: What would you like to try eating on the ISS? Why?
No one-word answers. Use full sentences to explain your thinking.