The man who is famous for inventing the Xbox is now becoming famous for a science experiment that resulted in a loaf of ancient Egyptian bread.

The experiment was just for fun.

Seamus Blackley, a US game developer and physicist* has just taken a bite of “the most delicious” bread baked with 4500-year-old yeast.

“It’s really weird, but a lot of nerdy men, people like me, are really into baking sourdough bread,” Mr Blackley said.

“This is a hobby — it’s amateur science, and our intention is to make really good bread and beer. So you can taste what it’s like to be (in ancient Egypt).” 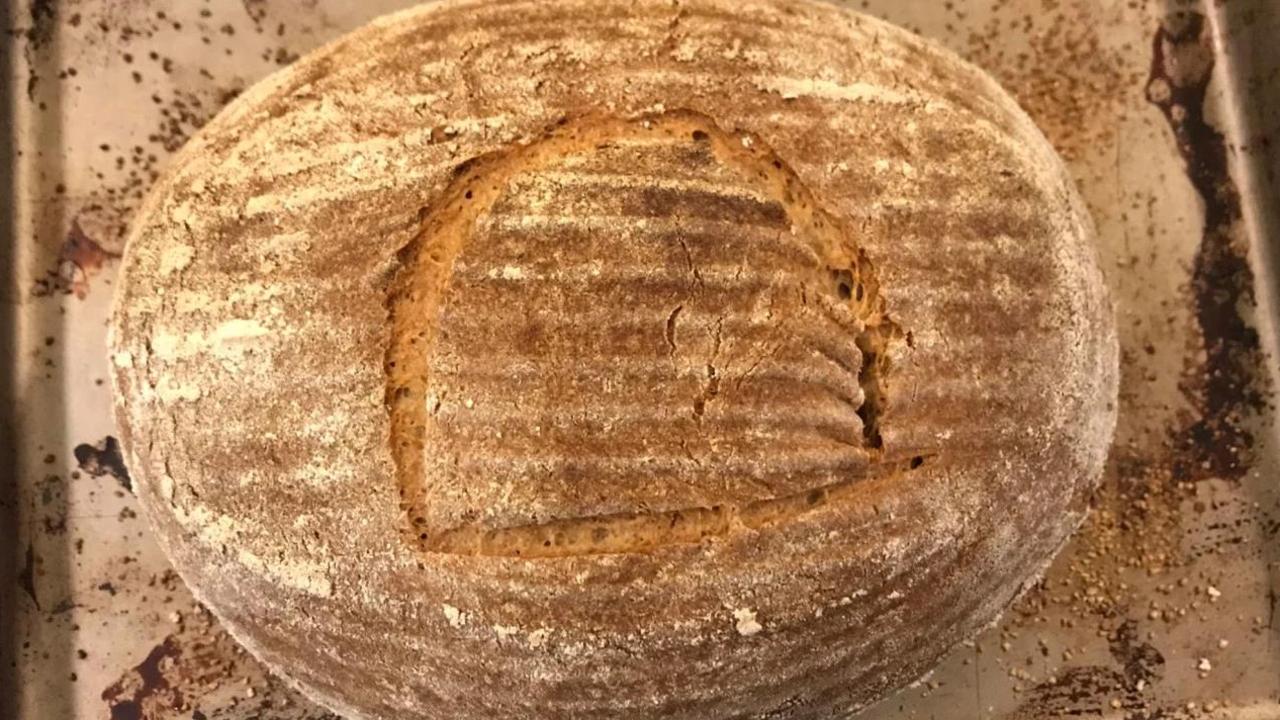 For a few weeks, Mr Blackley, 51, carefully detailed the incredibly scientific process on social media platform Twitter, from creating and feeding the starter to selecting the proper flour (called einkorn, to match what the Egyptians may have used).

The mission began because of an earlier science experiment: he baked some bread using ancient varieties of grains for the Game of Thrones TV series season 8 premiere in April, with what he thought was 2500-year-old spores, only to find out it all might have been a lie.

“I got the yeast from a friend who said it was from an ancient beer pot, but my wife was sceptical* and asked me how do I really know it’s that old?’” Mr Blackley said. “After that, I felt like I was misleading people. I’m trained in science, but I didn’t know where it really came from.”

At this point, Mr Blackley had already become a bit of an internet-famous “bread nerd,” and so, through the mishap, he was able to team up with Serena Love, an Egyptologist and archaeologist, and Richard Bowman, a microbiologist*. The team headed to Boston’s Museum of Fine Arts and Harvard’s Peabody Museum of Archaeology and Ethnology*, which are both in the US, to try and raise the dead. The yeast spores were carefully developed over a process that took several weeks into a loaf of bread. Picture: Maximilian Blackley

Dr Love provided the access, Mr Bowman the technique, and together the trio was able to withdraw what they hope is almost 5000-year-old spores from ancient pottery. The team is still testing to be sure of the exact age, but Mr Blackley said the pottery was estimated to be around 4500 years old or more.

“You pump a fluid in carefully with a syringe, and it soaks in, and you vacuum it back out. These microbes had been forced into the pottery while it was being used thousands of years ago,” he said. 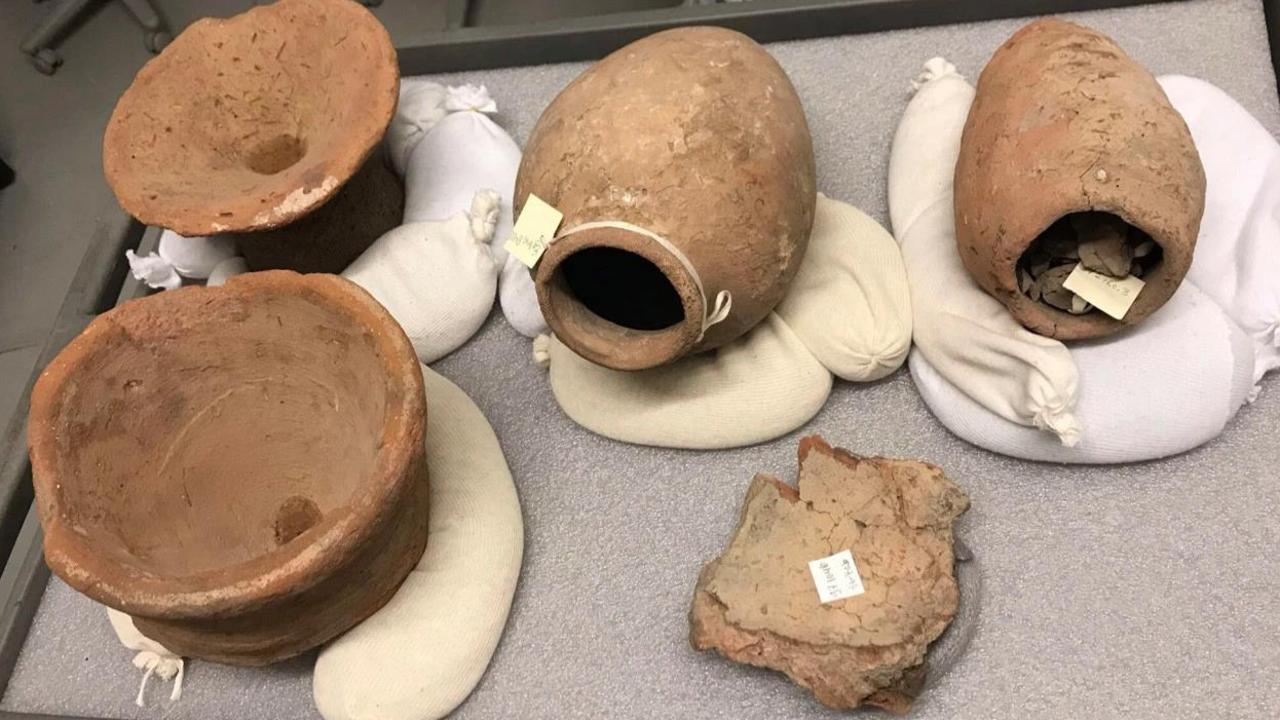 The coolest part, he said, is that an ancient Egyptian baker could have been baking with this yeast, and here they are using it again in 2019.

“A baker was in his shop with customers and payments and happiness and disputes, and now we’re using it again, carrying it on, and that’s … cool,” he said.

Although Mr Blackley has done more than what most people will do in a lifetime (building flight simulators, flying acrobatics in small aircraft), his true passion is baking bread.

“My mom was a really good home cook, and I had been baking my whole life, but picked it back up 10 years ago,” Mr Blackley said. “It’s 100 per cent technique and, depending on the flour and the moisture in the air, if you know what you’re doing and know how to adjust, you can make these incredible breads using simple ingredients.”

The ingredients are just water, flour, salt and a leavening* agent, but it’s not as easy as it seems.

“One hundred per cent whole-wheat bread is a goddamn work of art every time,” he said. “It’s really hard and takes a lot of experience.”

Although he is excited about this latest feat, he is anxiously awaiting the results of the testing to see exactly how old the yeast is. Meanwhile, he and the team are planning to do more travelling, extracting and, of course, baking.

“In ancient Egypt, they left money in their wills to pay people to come to their tombs and read their names aloud, to keep them alive and remembered,” Mr Blackley said. “This kind of does that, keeping them alive in a way. I feel we should have a kinship* with these people. They were so smart and skilled.”

This story was published in the New York Post and is reproduced here with permission. 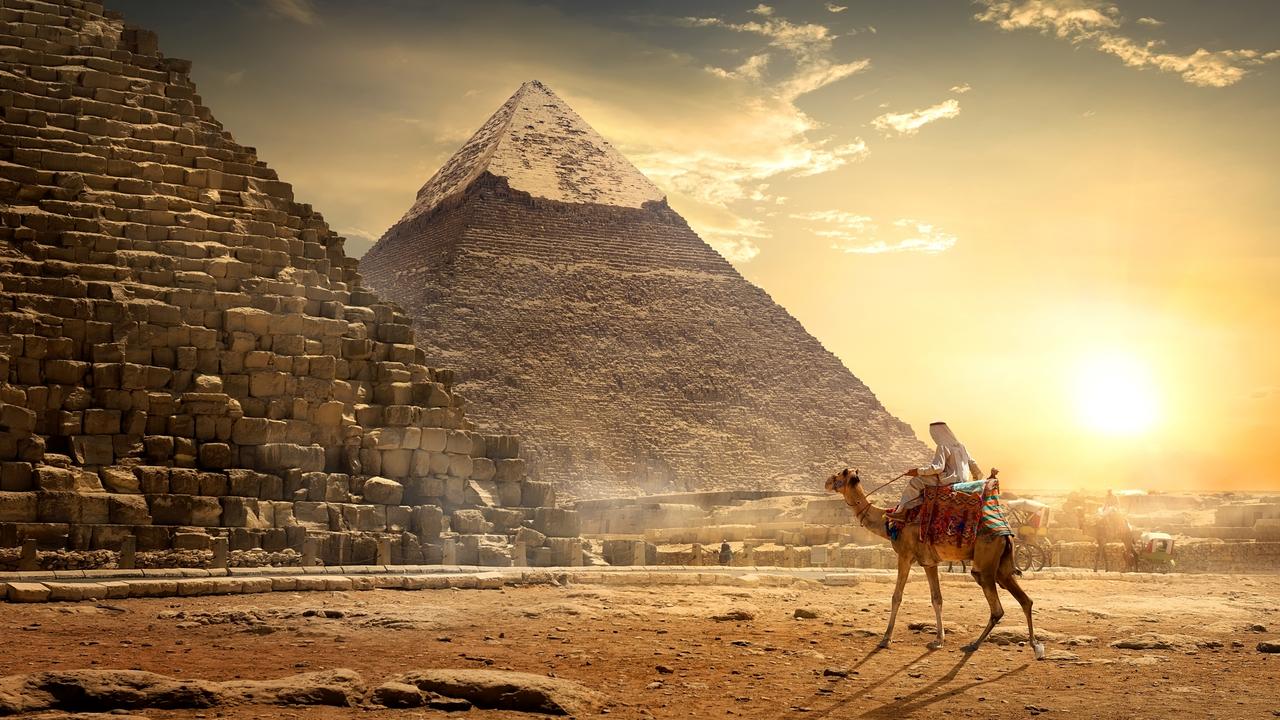 Two of the three pyramids at Giza, Egypt. The yeast used to make the bread is believed to be from at least 4500 years ago, which is when the Great Pyramid of Giza was built. The Great Pyramid is the biggest and oldest. Picture: iStock

If they are 5000 years old, that would make them from the earliest part of ancient Egyptian history, when only vague dates are known.

The period was called the Bronze Age.

Papyrus, an early form of paper, was developed about 5000 years ago in Egypt. Hieroglyphs were developed about 300 years before this but were carved into or painted onto stone.

The Great Pyramid of Giza was built around 2590BC, which is about 4500 years ago.

Events in Egypt we hear a lot about are more recent. Tutankhamun ruled from 1347-1337BC, which is about 3300 years ago. Cleopatra ruled Egypt from 51-30BC, when the country was defeated by the Romans. This was about 2000 years ago. Papyrus is an early form of paper and was developed in Egypt about 5000 years ago. Until then, hieroglyphs were carved into stone or painted onto other surfaces.

CLASSROOM ACTIVITIES
1. The day crazy things happened in the science lab
To make the bread, Mr Blackley and his team used a syringe to pump a liquid into the surface of the ancient Egyptian pottery and then the 4500-year-old yeast spores were released. They then grew these yeast spores, mixed them with flour made from an ancient grain variety to make a sourdough starter and eventually made dough and a loaf of bread.

Now imagine you’re in the lab and something really strange happens when you try to extract the yeast spores from the pottery. Something comes out that you then grow, but it’s not yeast! What is it? All we can tell you is it’s from ancient Egypt and it’s between 4500 and 5000 years old.

Write a story involving you and your fellow scientists and Egyptologists and the day crazy things happened in the science lab.

2. Extension
If you were a baker who went to the trouble of baking bread with yeast from ancient Egypt, you’d want to tell your customers about it. Customers may not like the idea of eating bread with “out-of-date” yeast.

With a partner, role-play a conversation between a baker and a customer in which the baker tries to convince the customer to try and then buy a loaf of the ancient Egyptian bread.  What is so good about it? What doesn’t the customer like about the idea of eating the bread?

HAVE YOUR SAY: What science experiment would you like to do, just for fun? What would you like to bring to life again from ancient Egypt?
No one-word answers. Use full sentences to explain your thinking. No comments will be published until approved by editors.