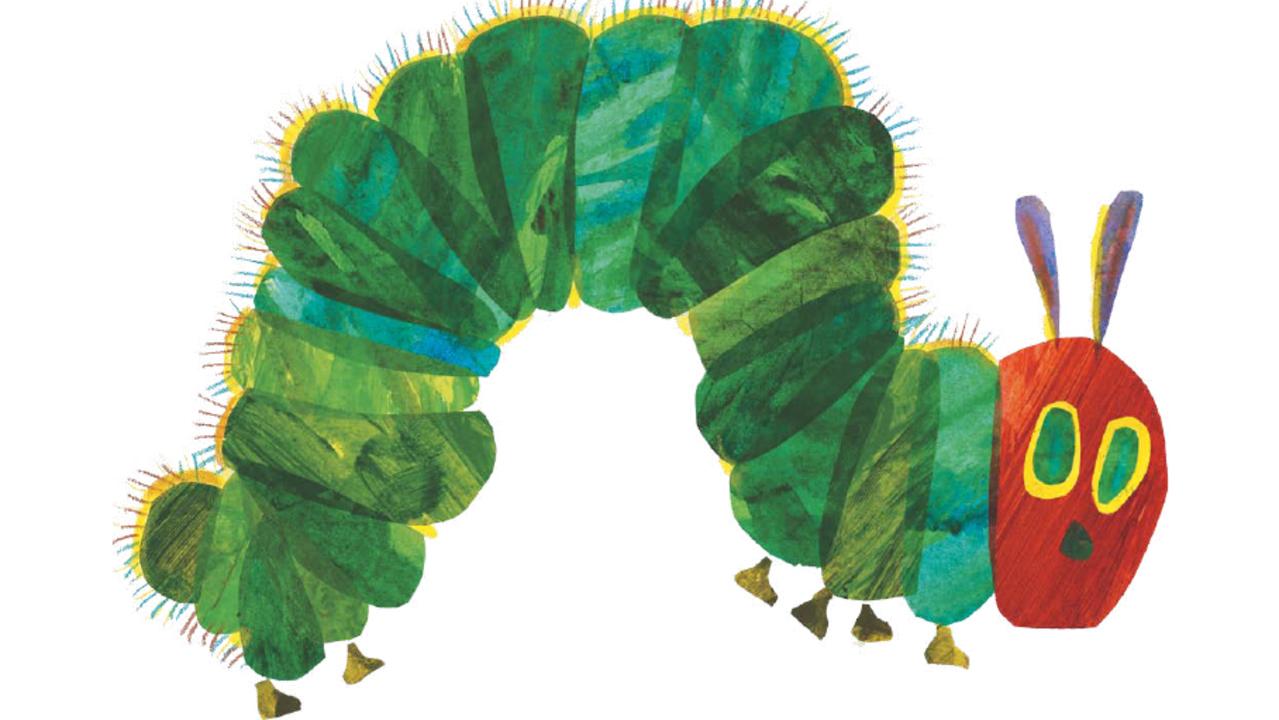 Eric Carle’s illustration of the caterpillar from his famous book The Very Hungry Caterpillar.

A very hungry caterpillar can eat a lot of plastic bags.

Scientists have been feeding caterpillars called waxworms polyethylene — one of the most common plastics used in shopping bags — and found that just 60 little caterpillars can eat more than 30sqcm in a week.

The scientists’ findings, published in the journal Proceedings of the Royal ­Society B this week, suggest that armies of hungry caterpillars could be put to work to eat waste plastic. 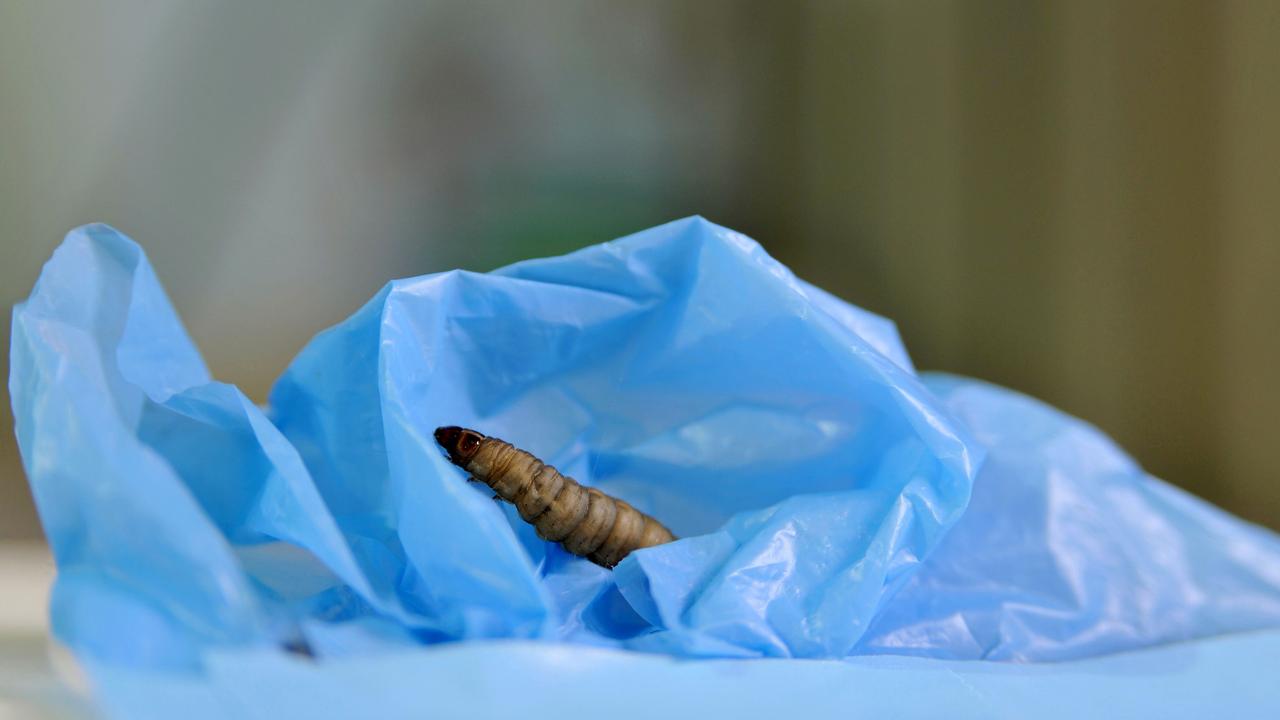 A caterpillar on a plastic bag during an earlier scientific experiment in Spain in 2017, exploring the possibility of using worms to eat plastic. Picture: AFP PHOTO/CSIC/Cesar Hernandez

The caterpillars are the larvae of the greater wax moth. In nature, the caterpillars get into beehives and eat the wax the bees use to make honeycomb. Honeycomb and polyethylene have a similar structure when you look at them both under a microscope.

“They are really avid* ‘plastivores’,” Christophe LeMoine of Brandon University, Canada, who led the study, told The Times.

“We think it is quite phenomenal* that these insects are able to survive for weeks on a diet made entirely of plastic.” 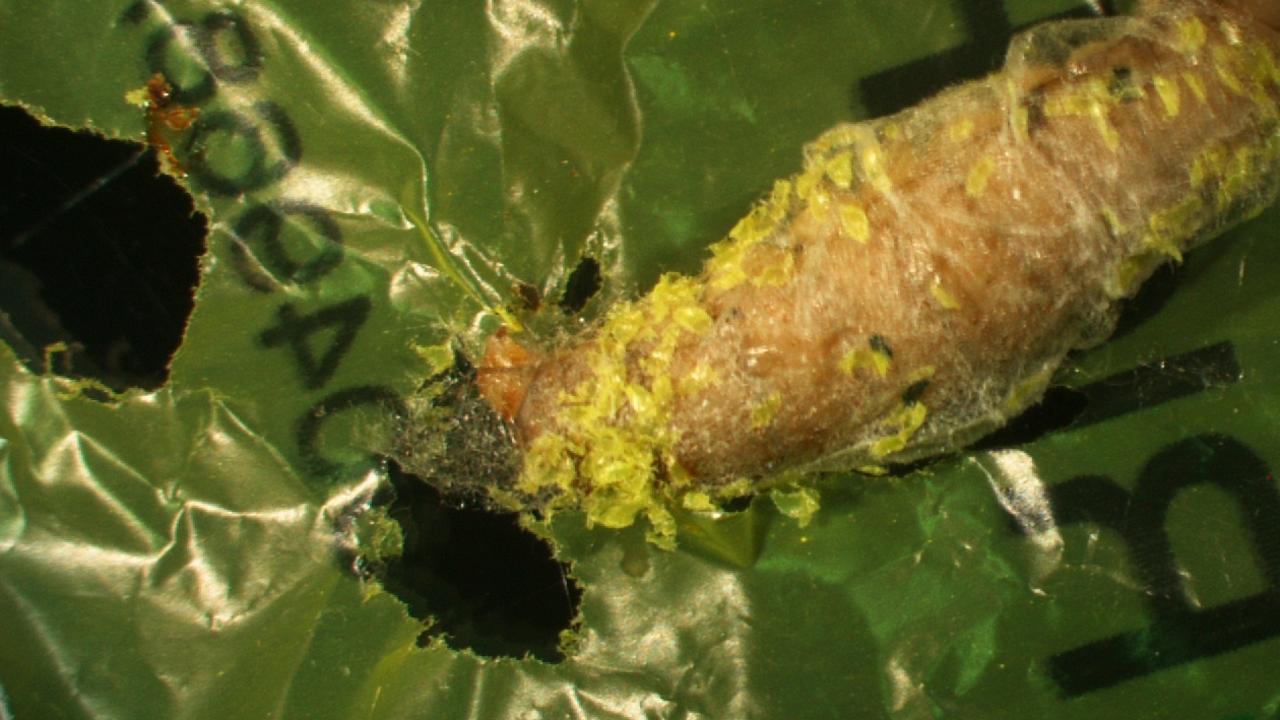 A wax worm chews a hole through plastic. Polyethylene debris can be seen attached to the caterpillar. Federica Bertocchini, a developmental biologist at the University of Cantabria in Spain, first noticed the possibility as she cleaned out her backyard bee hives several years ago. Picture: Federica Bertocchini, Paolo Bombelli, Chris Howe

Scientists studied the gut bacteria of the waxworms and believe the bacteria is key to their special pollution-smashing talent.

More work needs to be done on what to do with caterpillar poo, which is toxic* when the caterpillar has been eating plastic. 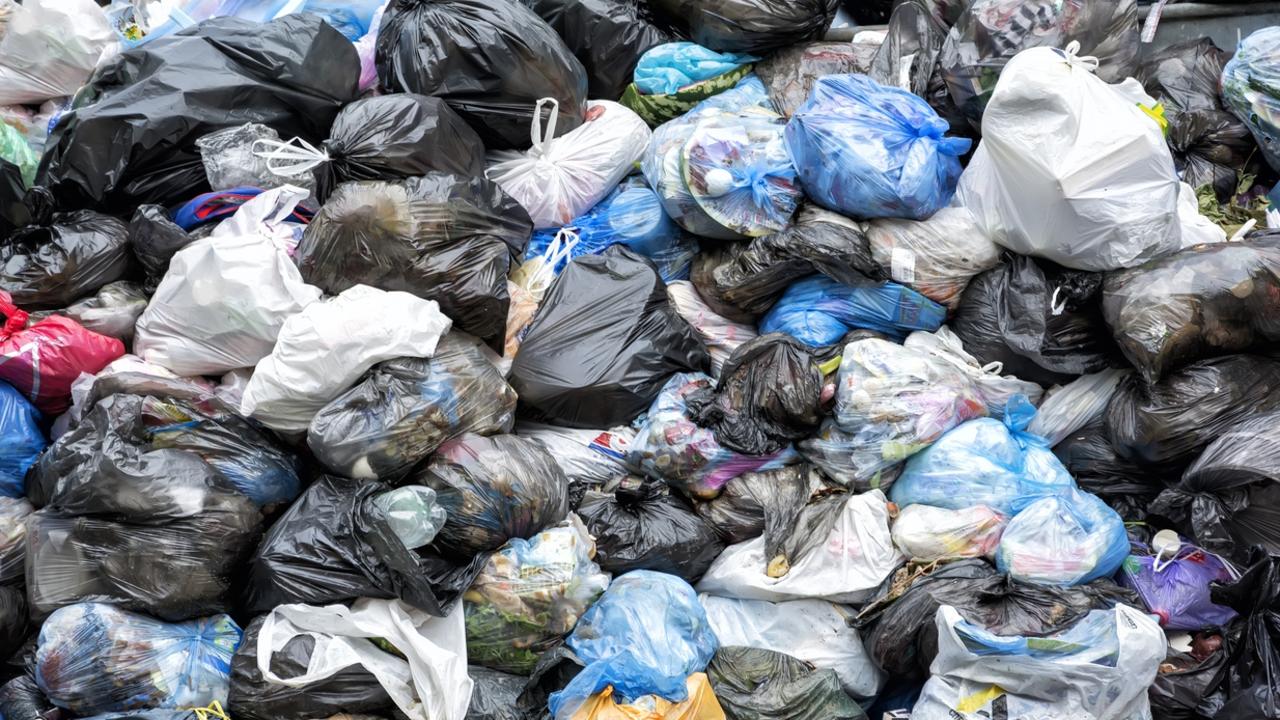 Plastic bag bans in Australia is helping slowed how much polyethylene is going to landfill, but we still have to find a way to treat what already exists. Picture: iStock

Our paradise islands polluted by plastic

CLASSROOM ACTIVITIES
1. What do you think?
Scientists are working hard to solve the problems caused by plastic. Some people think plastic should be banned.  Write reasons for and against this idea. Then, choose which side you agree with. Use the reasons to help you to design a poster that will help convince other kids to agree with you.

2. Extension
Can you think of a solution to the problem of what to do with the toxic caterpillar poo?

HAVE YOUR SAY: What is the best way to deal with Earth’s plastic problem?
No one-word answers. Use full sentences to explain your thinking. No comments will be published until approved by editors.