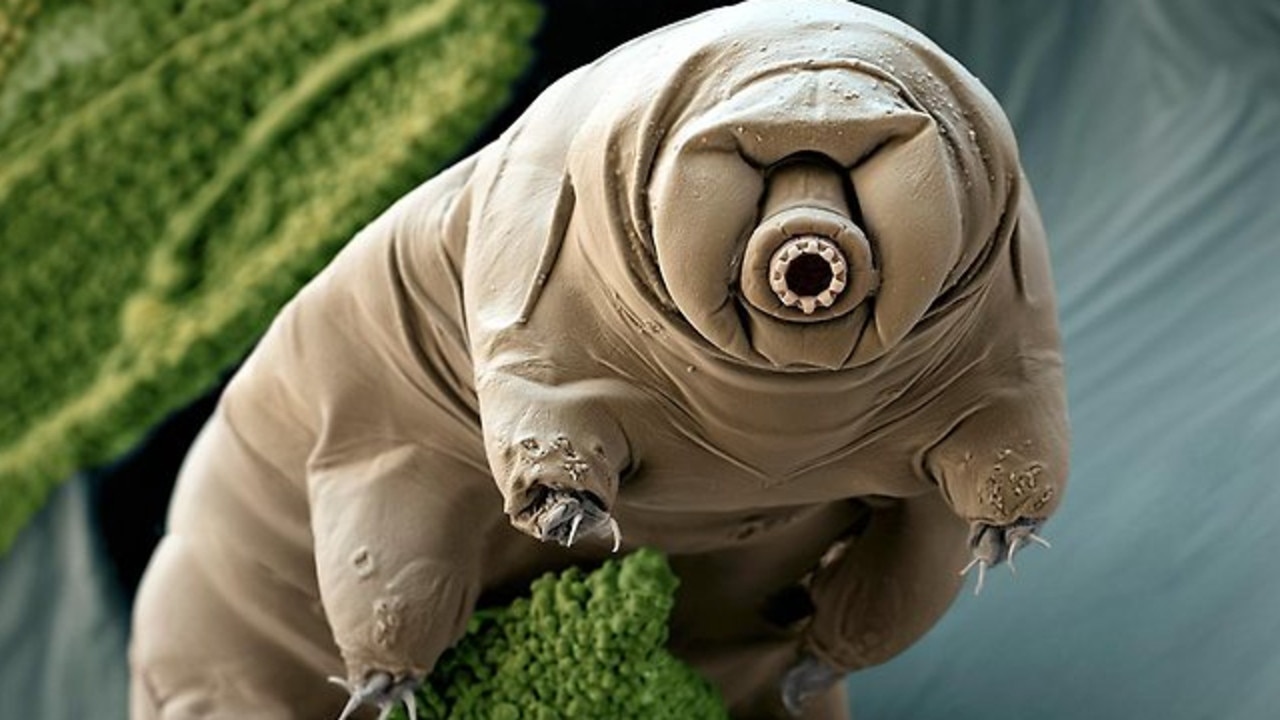 Scientists have discovered a new species of tardigrade with a new superpower — a blue fluorescent shield against extreme levels of UV* light.

The chance find could lead to the ability to make UV shields for other living things. A tardigrade seen through a microscope.

They are already known to have many superpowers, including the ability to survive extreme temperatures, pressures and radiation, the vacuum of space and to be able to rehydrate after being dried out (and seemingly dead) for long periods of time.

There are tardigrades everywhere on Earth. A herd of thousands of tardigrades was unexpectedly left on the Moon in 2019 after the Israeli lander they travelled in crashed trying to land and was completely destroyed.

Scientists made the surprising discovery of the UV-protected new species after hunting for tardigrades at the Indian Institute of Science in Bengaluru, in southern India, where the scientists were working. They found some living in moss on a concrete wall of a building then exposed them to a UV lamp in a laboratory. UV lamps of this kind are used to kill some really tough bacteria and viruses.

The UV dose of 1 kilojoule* a square metre killed bacteria and roundworms* after five minutes and another species of tardigrade after 15 minutes.

The new species — part of a group of tardigrade species called Paramacrobiotus — all survived. Incredibly, when the researchers quadrupled* the UV dose, about 60 per cent of the previously unknown species survived for more than 30 days.

The other unexpected thing that happened to the reddish-brown new species under UV light was that they turned bright blue. The scientists concluded that fluorescent pigments*, probably under the tardigrades’ skin, was transforming the dangerous UV light into harmless blue light.

Paramacrobiotus tardigrades with less pigment died about 10 days sooner under UV light than those with the fluorescent pigment. 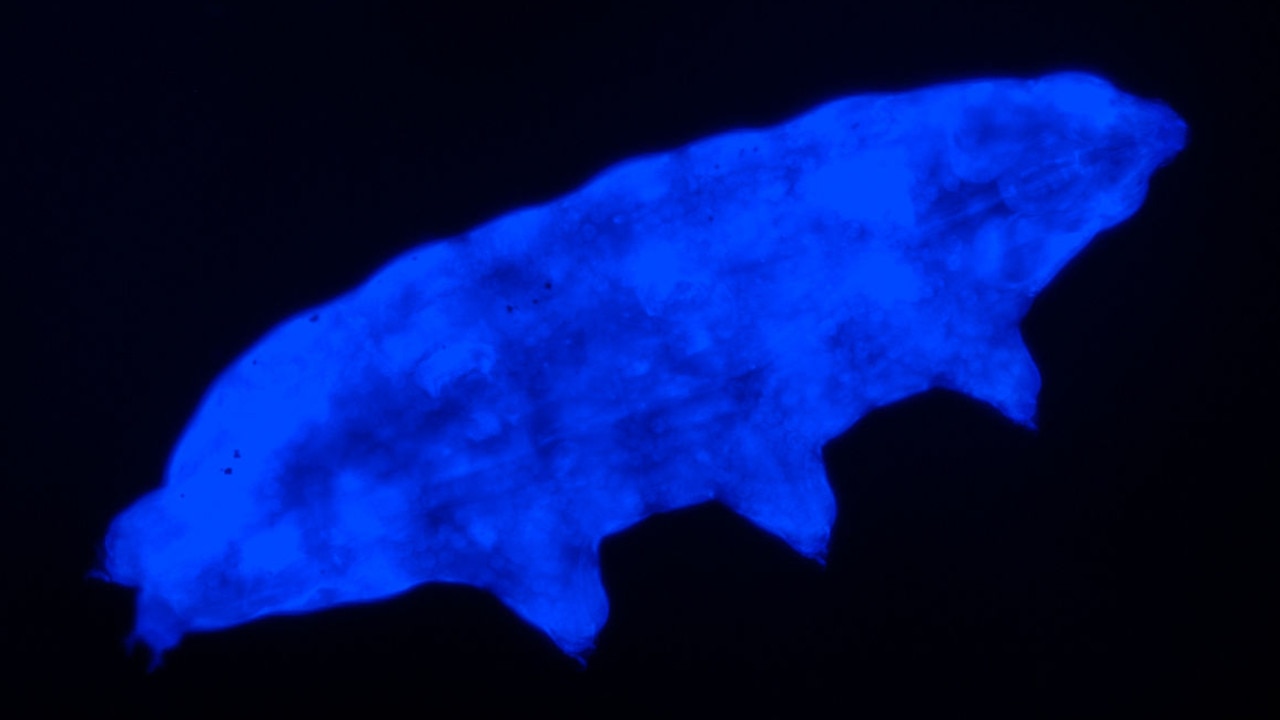 WHAT THEY DID NEXT
The scientists managed to harvest some of the fluorescent pigment from the new species.

They then coated another species of tardigrade (Hypsibius exemplaris) and several species of soil-dwelling roundworms with the fluorescent pigment. These animals survived at almost twice the rate of animals of the same species without the pigment shields.

The scientists say its likely that the tardigrades evolved their pigment shields as a way to survive hot summer days in southern India.

The research is published in the journal Biology Letters. Humans, particularly those with pale skin, can be sunburnt by UV light if they spend too much time in the sun without sunscreen.

OTHER FLUORESCENT CREATURES
Fluorescence is the ability of a substance to emit (give out) visible light.

There are other fluorescent creatures in nature, including bacteria, birds and butterflies.

Birds can see UV light, but humans can’t. Fluorescence in birds is usually about attracting attention and a mate. Budgies have fluorescent feathers on their cheeks and crowns. Picture: Annette Dew

Meet the minibeasts crawling all over Earth

CLASSROOM ACTIVITIES
1. Create a Character
Create a character for a new action adventure movie. Your character based on a superhero tardigrade. Draw the character, design their costume, give it a name and list all of their superhero powers.

2. Extension
Write a detailed outline or description of the story or plot of the action adventure movie starring your superhero tardigrade character. The purpose of your movie is to be fun and exciting, but also to help your audience learn about these amazing creatures in an entertaining way.

VCOP ACTIVITY
Superpower For a Day
Imagine one of the tardigrades bit you and gave you their superpower. What superpower would you want and why?

Do you tell anyone about it, or do you keep it a secret?

There is only one catch, you only have the superpower for 24hrs. What will you do with it?

Use your VCOP to connect with the audience and create a strong writer’s voice.

HAVE YOUR SAY: What uses could this discovery have?
No one-word answers. Use full sentences to explain your thinking. No comments will be published until approved by editors.