The shortest day ever recorded was 29 June as the Earth’s series of record-breaking rotations continue. Scientists have said that if our planet continues to spin faster, we have may to introduce a negative leap second to adjust the time. Picture: iStock

Scientists have been left baffled* after discovering the Earth is spinning faster than normal – making days shorter than usual.

New measurements by the UK’s National Physical Laboratory show that the Earth is currently spinning faster than it was half a century ago.

On 29 June, the Earth’s full rotation took 1.59 milliseconds less than 24 hours – the shortest day ever recorded.

Scientists have said that if the rotation rate continues to speed up, we may need to remove a second from our atomic clocks*. 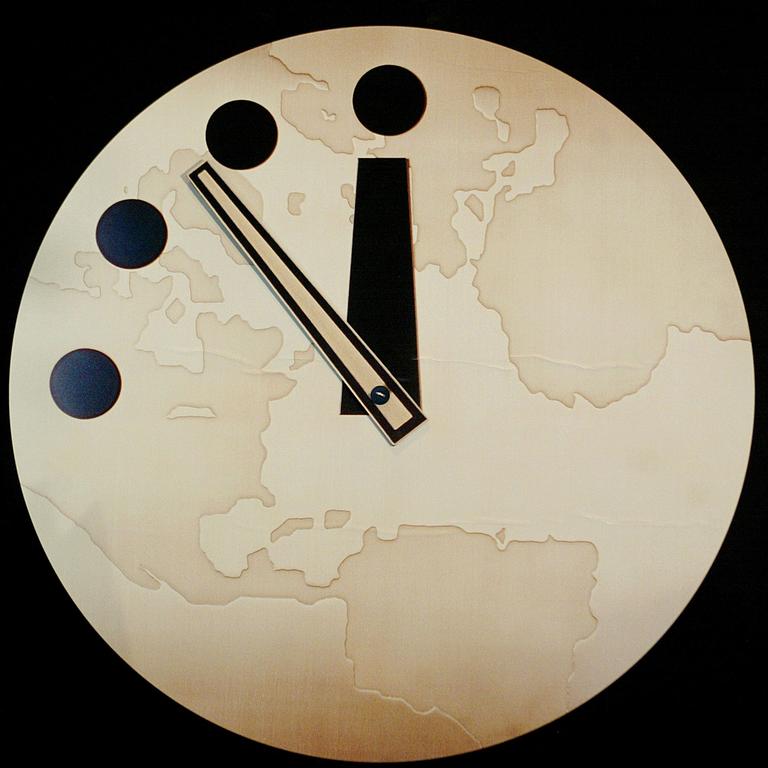 The Earth’s full rotation took 1.59 milliseconds less than 24 hours on 29 June, making it the shortest day ever recorded. Picture: AFP

“If Earth’s fast rotation continues, it could lead to the introduction of the first-ever negative leap second*,” astrophysicist* Graham Jones reported via timeanddate.com.

“A negative leap second would mean that our clocks skip one second, which could potentially create problems for IT systems.”

Researchers at tech company Meta said a leap second would have colossal* effects on technology and become a “major source of pain” for hardware systems.

“The impact of a negative leap second has never been tested on a large scale; it could have a devastating effect on the software relying on timers or schedulers,” wrote production engineer Oleg Obleukhov and research scientist Dr Ahmad Byagowi in a Meta blog post.

“In any case, every leap second is a major source of pain for people who manage hardware infrastructures*.” Some scientists suggest that the irregular rotations are the result of “the Chandler wobble”, an irregular movement of Earth’s geographical poles across the surface of the globe. Picture: supplied/NASA/Visible Earth

Scientists Dr Leonid Zotov, Dr Christian Bizouard and Dr Nikolay Sidorenkov claim the irregular rotations are the result of something called “the Chandler wobble”, an irregular movement of Earth’s geographical poles across the surface of the globe.

“The normal amplitude* of the Chandler wobble is about 3m to 4m at Earth’s surface,” Dr Zotov told timeanddate.com, “but from 2017 to 2020 it disappeared”.

Some experts believe the melting and refreezing of ice caps on the world’s tallest mountains could be contributing to the irregular speed. This tiny example of an atomic clock is on a microchip developed by US National Institute of Standards and Technology researchers in 2004. Atomic clocks are highly accurate timekeepers. Picture: file image

But Professor Zotov told timeanddate.com that there’s a “70 per cent chance” the planet has already reached the minimum length of a day, meaning we will likely never have to use a negative leap second.

However, he said there was no way to know for sure using current technology.

The potential consequences of a negative leap second echo back to Y2K theories, where many believed computers would not be able to handle the clocks ticking over into the new millennium.

Although Y2K was ultimately no more than a mere hiccup in our heavily computerised civilisation, a limitation in current date and time programming was detected in 2014.

But there is no need to mark 19 March 2038 in the calendar just yet – planning this far in advance should allow programmers to address any major issues.

CLASSROOM ACTIVITIES
1. What would happen?
What would happen if the Earth kept spinning faster and we suddenly had one hour less per day? Write a story based on your ideas.

2. Extension
Create a diagram that will help a younger child understand why scientists think the Earth is spinning faster.