Scientists are racing against time to collect seeds from rare native plant species ahead of the next potentially calamitous* bushfire season.

During the “Black Summer,” heroic efforts were needed to prevent bushfires burning through the secret 2sq km area that’s home to the last remaining Wollemi pines.

Fewer than 100 of these Jurassic-era* trees, which were only discovered in 1994, survive in the wild.

But Dr Brett Summerell, chief botanist with Sydney’s Royal Botanic Gardens, said there were several plant species with even smaller numbers than the Wollemi pines that were facing even greater risks. And for some, it might already be too late.

“It’s still very early to say, but there are pretty good indications that some species have had at least 90 per cent or more of their range burnt out, so it’s a waiting game to see what happens,” Dr Summerell said. A spokesperson for the Federal Department of Agriculture, Water and the Environment said 471 plant species had been identified for “urgent intervention*” in the wake of the 2019-20 bushfires, some of which were already endangered*.

Dr Summerell said that while the eucalypt forests that burned over summer were now “springing back to life”, it could be decades before some tropical rainforests and alpine forests recovered.

One species that was in the path of last summer’s infernos was the swamp gum, which might now only survive because thousands of its seeds had been stored in PlantBank, Australia’s own version of the “doomsday vault” in the Arctic Circle. The Svalbard Global Seed Vault near Norway is also known as the doomsday vault. Picture: AFP

More than a million types of crop seeds are stored inside the “doomsday vault” on a remote* island near Norway.

The seeds, including wheat, rice, maize, corn, peas and beans, could be used to regrow crops if they were wiped out by disease, war or climate change.

Australia’s plant bank, at Mt Annan in Sydney’s southwest, currently holds seeds for almost one quarter of the plant species listed on the Environment Protection and Biodiversity Act.

Its aim is to store and study viable* seeds or live tissue specimens* for all 25,000 plant species across Australia. 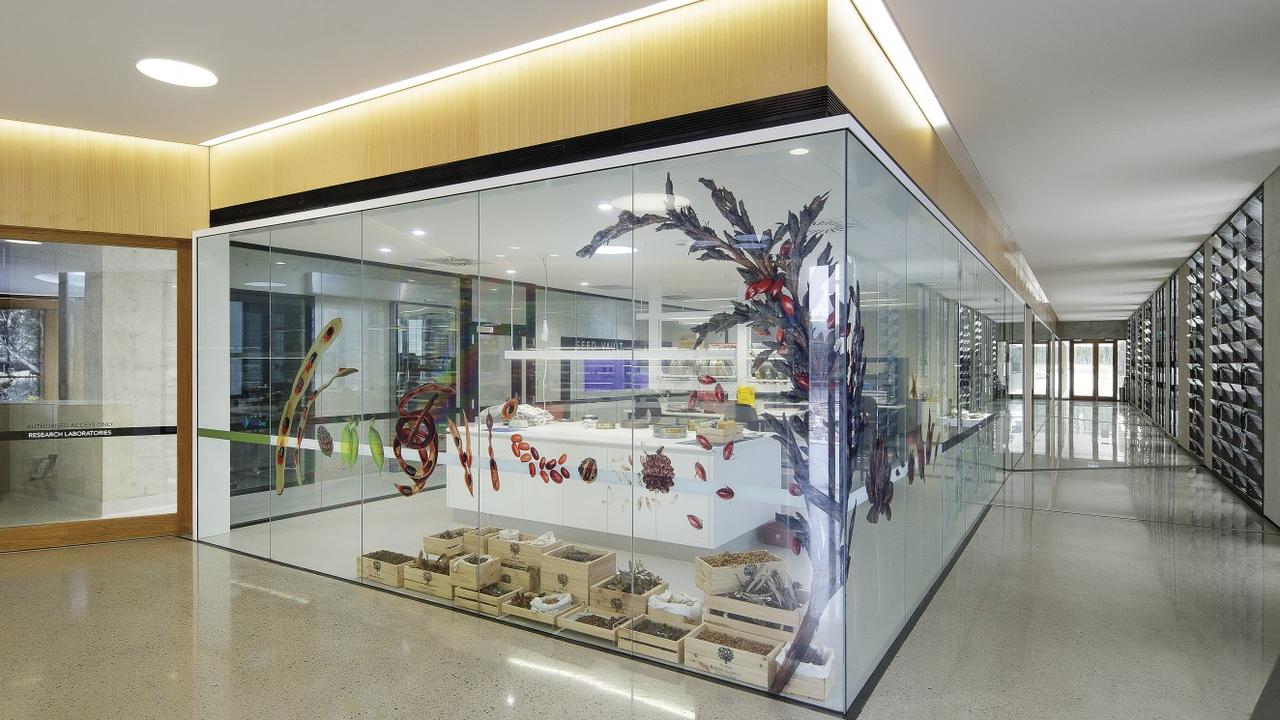 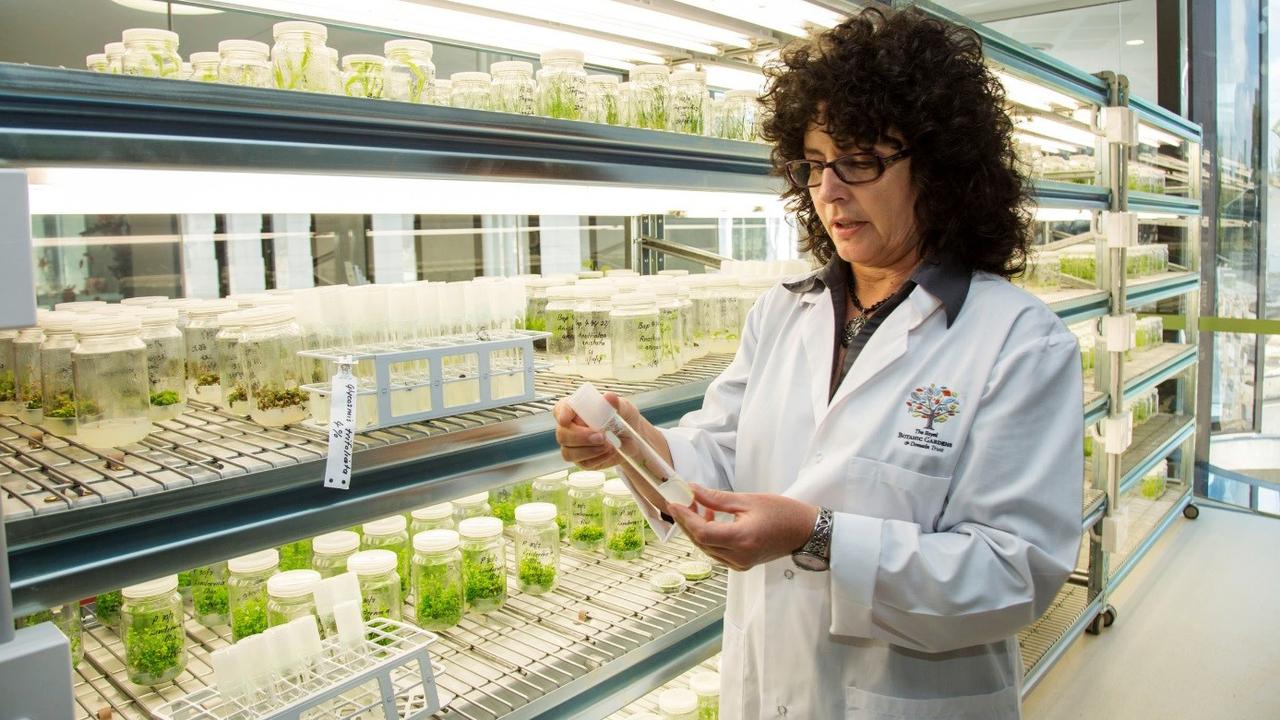 “Fortunately with eucalypt seeds they last for a really long time. We know we’ve got the insurance population in the seed bank; what we need to do is monitor the population at the site, to see if it is able to recover after being burnt.”

The PlantBank team’s priority leading into the coming bushfire season will be to collect seeds from plants in regions that did not burn last summer, as they will be at greater risk.

The recent quarterly bushfire outlook rated parts of the NSW south coast and Victoria’s Gippsland, as well as the Kimberley region in WA, as having above average fire potential this coming season, while parts of Queensland could be susceptible* to grassfires. Most parts of the country were expected to have average bushfire potential.

Dr Summerell said the four small groves of Wollemi pines in NSW got “a little scorched” by the Black Summer fires and would need to be closely monitored, but the trees themselves “turned out to be reasonably resilient*”. The endangered Wollemi pines were a little scorched by the Black Summer fires but survived thanks to heroic firefighting efforts. Picture: supplied

Dr Summerell said it was always a challenge to engage people’s interest in plants rather than wildlife.

“It’s always easier to get people concerned about the furries and the feathers,” he said. “There is something about two eyes looking back at you that hits the emotions much better.

“There is a thing called plant blindness, where people tend to see an ecosystem, and they see this green wallpaper at the back and the charismatic* animal at the front.

“But of course if you don’t have the green wallpaper — the vegetation — then none of those animals can exist and survive.”

CLASSROOM ACTIVITIES
1. What did he say?
An expert source, Dr Brett Summerell, the chief botanist with Sydney’s Royal Botanic Gardens, has been quoted several times throughout this news article. In some instances, his words have been paraphrased, meaning that the essence of what he said is reported but not in his exact words. While in other instances, his precise words have been quoted, indicated by the use of quotation marks. Read through the article and highlight all of the information attributable to Dr Summerell, using yellow to show those parts of what he said that have been paraphrased and green to show those parts that are direct quotes.

2. Extension
Interview a friend or family member about a topic they are knowledgeable on. Record your interview. Then write a short report about the topic that includes examples of both paraphrasing and direct quotes of the things they said.

HAVE YOUR SAY: Why do you think it’s important to save our rare plants?
No one-word answers. Use full sentences to explain your thinking. No comments will be published until approved by editors.