A top-secret Australian experiment to save an ancient species from the time of the dinosaurs has succeeded, scientists report.

The rare and critically* endangered Wollemi pine — often referred to as the “dinosaur tree” — is healthy and growing well in a secret location in NSW. Scientists planted the crop in 2012 to try to collect seed and protect the species from extinction.

Everyone believed Wollemi pines were extinct and only knew about the big, prickly, ancient tree from fossils from 200 million years ago. But in 1994 a small colony* of living trees was discovered in Wollemi National Park in the Blue Mountains west of Sydney, NSW. There are thought to be only about 100 trees remaining in the wild in remote canyons* and some of these are thought to be up to 1000 years old.

Parts of the Blue Mountains is very difficult to get to. Here’s some drone video

The NSW government invested almost $200,000 to plant and protect the secret crop in case the recently discovered trees growing in the wild are destroyed by disease or natural disasters such as bushfire. “Some 83 per cent of the insurance Wollemi pines are surviving and have increased in size by up to 37 per cent making them mature enough to produce potentially* viable* seed much earlier than expected,” Dr Offord said. 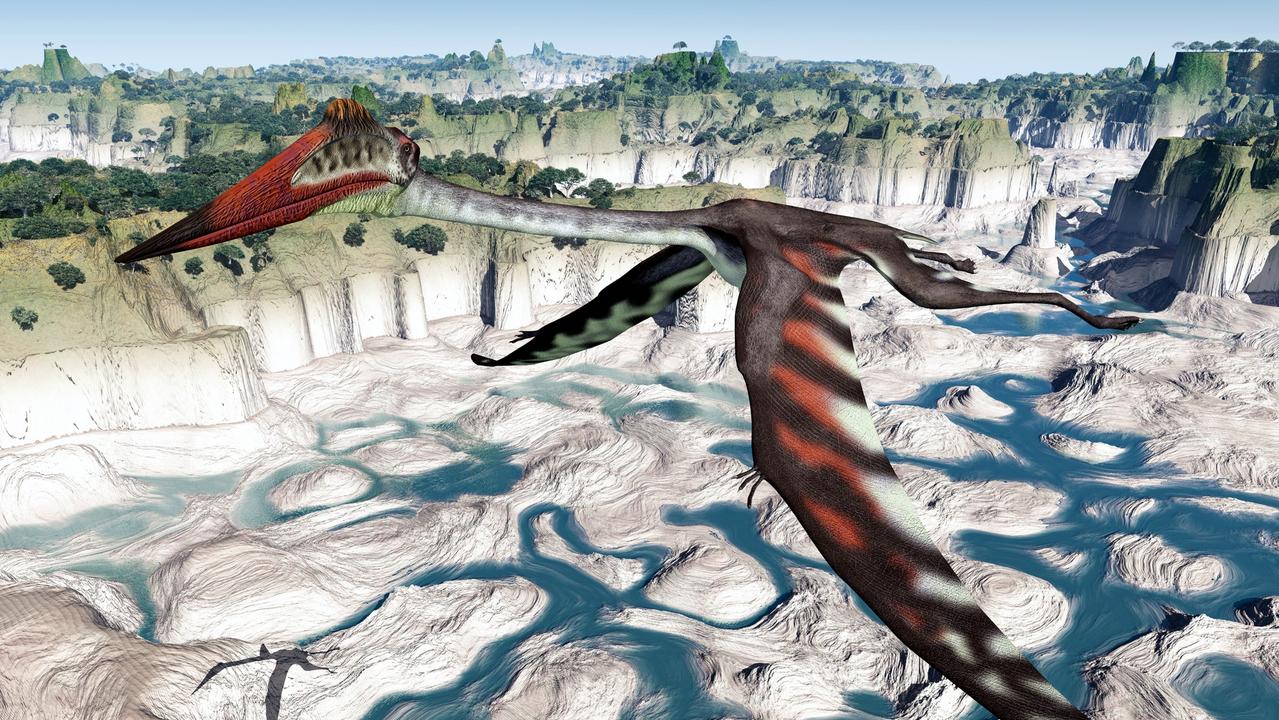 A drawing of what we think a pterosaur looked like. Some pterosaurs and Wollemi pines were on earth at the same time 200 million years ago. Picture: istock

For more information on the world 200 million years ago, visit australianmuseum.net.au

CLASSROOM ACTIVITIES
1. Top secret file
Create a “top secret tree file” about the Wollemi pine. Your file should include a cover that is appropriately marked so others know it is top secret and five documents and/or pictures inside that each contain a piece of information about the tree and the operation to keep it safe.

Extension: Find out what Gondwana was and what happened to it.

QUESTIONS: Why aren’t there many of these trees left in the wild? Explain your answers using full sentences. No one-word answers.