Scientists know how to build a cane toad, a big win in the fight to control their spread Scientists have cracked the genetic code* of cane toads, taking us one step closer to making viruses* to control these poisonous pests.

The big breakthrough*, by an international team of researchers, will help everyone understand what it will take to stop – or even reverse – their Australian invasion.

The group, from UNSW, the University of Sydney, Deakin University, Portugal and Brazil mapped more than 90 per cent of the cane toad’s genes*.

The findings were published in scientific journal GigaScience yesterday.

The toxic* amphibians* were introduced from South America into Australia onto a sugarcane farm south of Cairns, Queensland, in 1935, to eat another pest, cane beetles. Since then they have conquered most of the Australian mainland. They are estimated to occupy more than 1.2 million square kilometres.

In 80 years, their venom has killed massive numbers of native wildlife including northern quolls, freshwater crocodiles, snakes and lizards.

University of Sydney researcher Professor Rick Shine said genetic sequencing* of the toad would help scientists understand more about how they spread, how their toxins worked, and open up new possibilities for control. 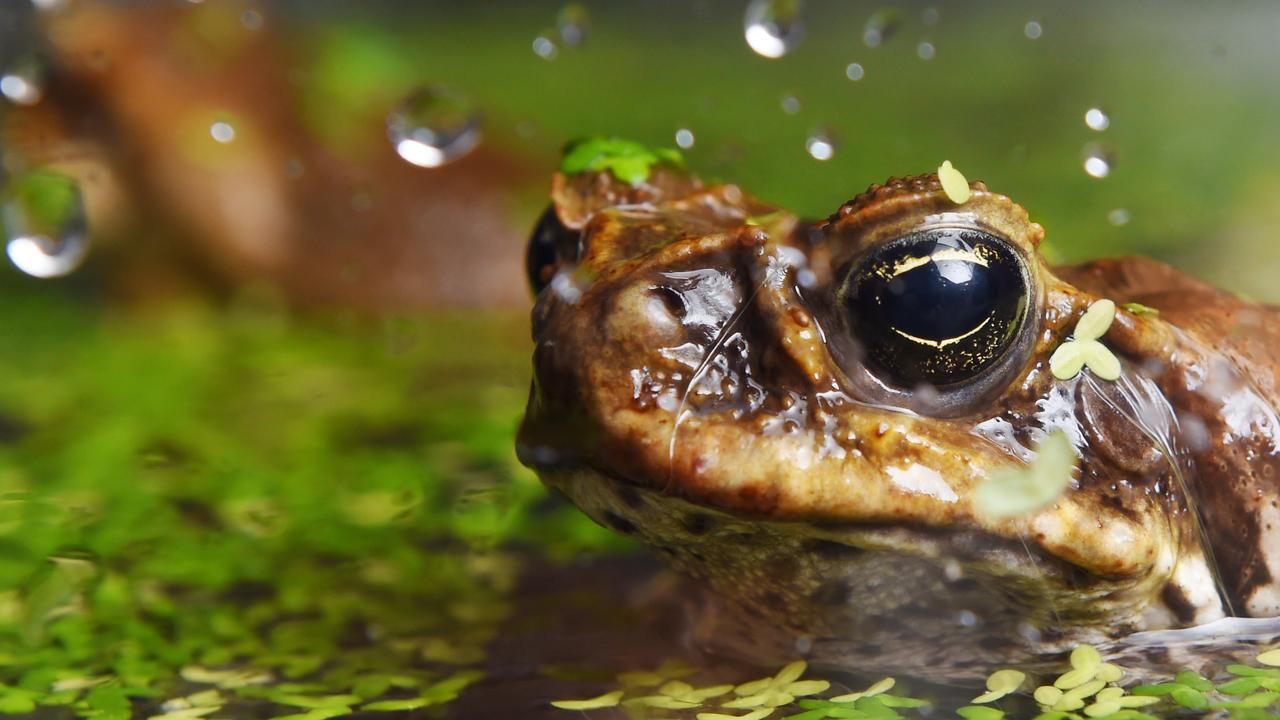 Cane toads cause the death of lots of native animals because they are poisonous to eat.

“We’ve found out a lot about toads over the last 15 years or so, but this takes it to another level,” he said.

“This essentially* gives us the blueprint* for how you build a toad, and what’s changed since the toads evolved into more capable* invasion machines since they raced across Australia.

“I’m optimistic that this is actually a pretty powerful new weapon we can use to do something about the problem of cane toads.”

Scientists have been trying to make viruses to control cane toads for a long time but couldn’t continue because the results could have been dangerous for native frogs.

“DNA contains ancient fragments* of viruses — the DNA of every animal can sometimes catalogue* past infections,” Ms Russo said. Alana Legge, a wildlife officer at DreamWorld theme park in Queensland. Staff go out each night catching toads to try to save the native wildlife. Picture: Jerad Williams

A BIG PROBLEM
Their scientific name is Rhinella marina.

They are native to mainland Central America and South America.

101 cane toads were brought from South America in 1935 to control beetles in cane crops.

There could be 200 million cane toads in Australia today.

They have spread across northern Australia, including Queensland, northern Western Australia, Northern Territory, parts of South Australia and down to the Central Coast of New South Wales. About 3-8 cane toads are found in Victoria each year but these have probably travelled on vehicles*. Two cane toads have been found in Tasmania and are thought to have come on ships.

If you find a cane toad and you are sure it is not a native frog (some look similar), the RSPCA recommends putting it in a plastic bag in the fridge for 12 hours, so they are unconscious, then in the freezer for 24 hours to kill them humanely. The RSPCA also suggests a spray called HopStop. This is a baby cane toad. You can see how small it is compared to a five cent coin, which makes them hard to find when you’re trying to control their numbers. Picture: Genevieve Faulkner

Scientists could bring Tasmanian tiger back from extinction

CLASSROOM ACTIVITIES
1. Problem animals
Introduced species such as cane toads can cause issues for the native wildlife of an area. Read through the article and find out how cane toads came to Australia and why they are such a problem. Record this information in a table.

Not all introduced species have been a problem for Australia. Some have benefited us greatly.

Find out about at least two other species that have been introduced to Australia. Add these to your table, noting down how and why they were introduced and if they are a pest or benefit to our wildlife and landscape.

2. Extension
When cane toads were introduced it was to help solve a problem with the cane beetles, which were eating the sugar cane. Unfortunately, they did not help with this issue, but caused more problems instead.

What should the people who brought them from South America have found out before introducing them into Australia? Write a list of questions that when answered, may have helped them decide not to introduce them.

Extra Resources: Further information about the introduced species to Australia from the internet or school library.

HAVE YOUR SAY: What would you research if you could choose to be any kind of scientist? Think about all the different areas of science you know about.
Use full sentences. No one-word answers.