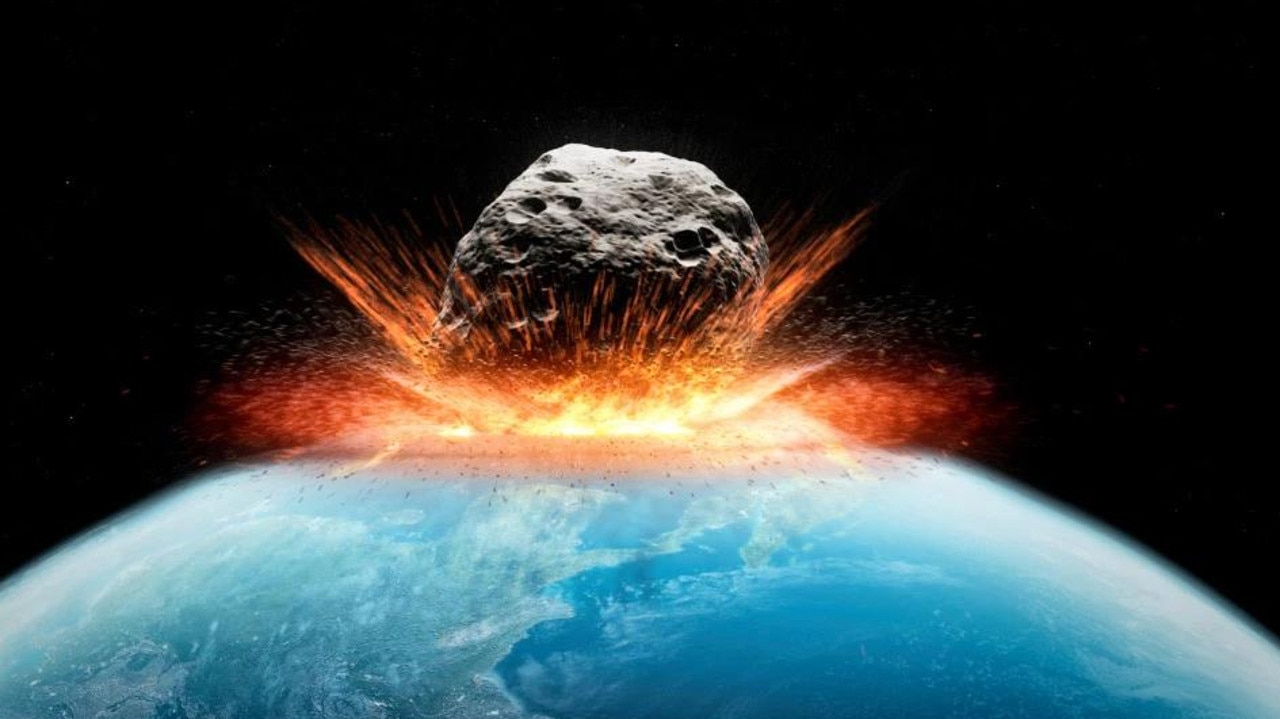 An artist's impression of the big asteroid hitting the Earth. Picture: Getty

Scientists have dug up time capsules of the day the giant asteroid crashed into Earth and wiped out the dinosaurs.

The time capsules give us the clearest picture yet of what happened that day: bushfires that ignited* trees thousands of kilometres away, tsunamis* and so much sulphur in the atmosphere that day turned to night.

Three quarters of all animal species either burned, froze or starved. Earth changed completely the day the asteroid hit. Dinosaurs that didn’t die that day were soon extinct from the after-effects of the impact.

The scientists drilled 1.3km below the surface of the Earth, into the crater left by the 10km-wide asteroid.

The drilling brought up cylinders of rock samples that contain bits of charcoal, granite and other sediments that were washed into the crater by a 91m-high tsunami. 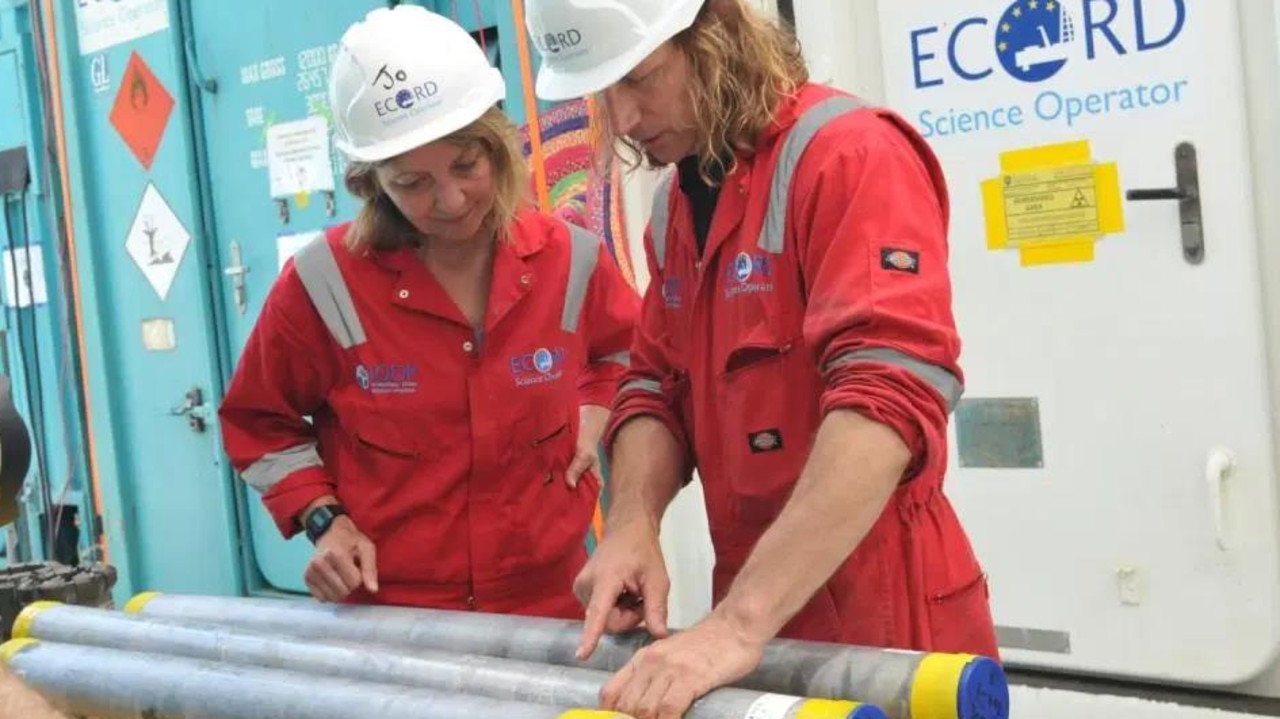 It’s the most complete evidence we have of what happened that day and afterwards.

Professor Sean Gulick, a geoscientist* at The University of Texas at Austin, US, described it as a short-lived regional inferno* followed by a long period of global cooling.

The impact vaporised* so much sulphur into the atmosphere it blocked out the sun, leading to mass extinction.

“They fried or froze. Not all the dinosaurs died that day but many dinosaurs did,” he said.

The event marked the end of the Cretaceous period and began the Cenozoic Era, which we’re still in today.

The crater is 38km off the Yucatán Peninsula’s port in Mexico, is more than 185km wide and 32km deep. Half is underwater and the rest is covered by rainforest.

The team worked from a boat converted into a 12m-high drilling station standing on three pillar-like legs.

They studied a rock core drilled from the peak ring, a circle of hills 18m underwater at the centre of the crater.

The findings published in Proceedings of the National Academy of Sciences confirm a theory* that has been suggested for decades but never proven.

Their work also rules out other suggestions for why the dinosaurs became extinct, including an eruption of super volcanoes, prehistoric climate change or rising sea levels.

The crater was filled with debris within hours of the asteroid’s impact, either produced at the impact site itself or swept in by seawater pouring in from the surrounding Gulf of Mexico.

This rate of build up means the rocks record exactly what was happening within and around the crater at the time, which Prof Gulick described as “an eyewitness location”.

“The presence of charcoal in the uppermost layers (of rock) suggests the existence of impact-induced wildfires.” 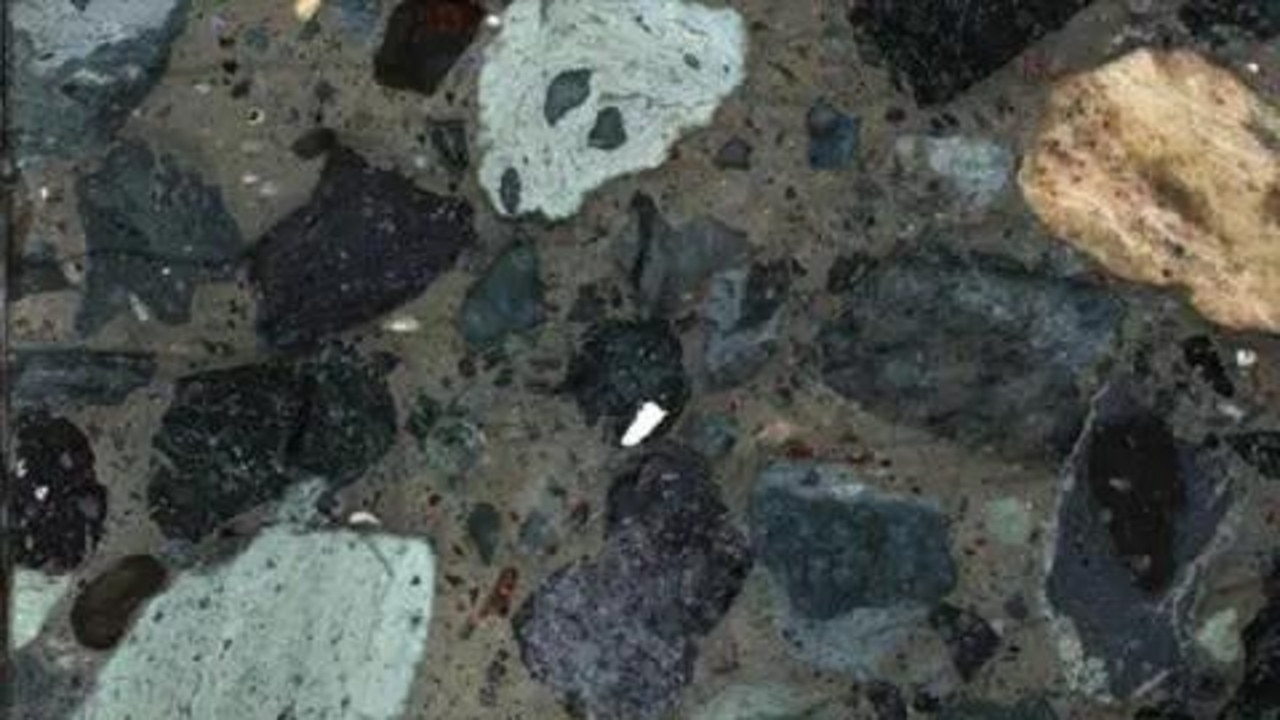 This is part of the rock sample considered to be a time capsule of the day the dinosaurs died. Picture: International Ocean Discovery Program

However, the lack of sulphur-rich deposits in the rock core told the scientists that the sulphur had been released into the atmosphere.

“That could have caused global cooling and darkening,” Prof Gulick explained.

“The real killer has got to be atmospheric*. The only way you get a global mass extinction like this is an atmospheric effect.”

The asteroid was travelling about 64,000kmh and caused a blast 10 million times more powerful than the atomic bombs used in World War II in Japan.

Crater specialist Prof Jay Melosh, of Purdue University, US, who was not involved in the study, said: “It was a momentous* day in the history of life.

“This is a very clear documentation of what happened at ground zero.”

Some research has suggested that dinosaur numbers were already declining due to climate changes at the time.

But a study published in March this year claims that dinosaurs were still going pretty well before the asteroid hit. 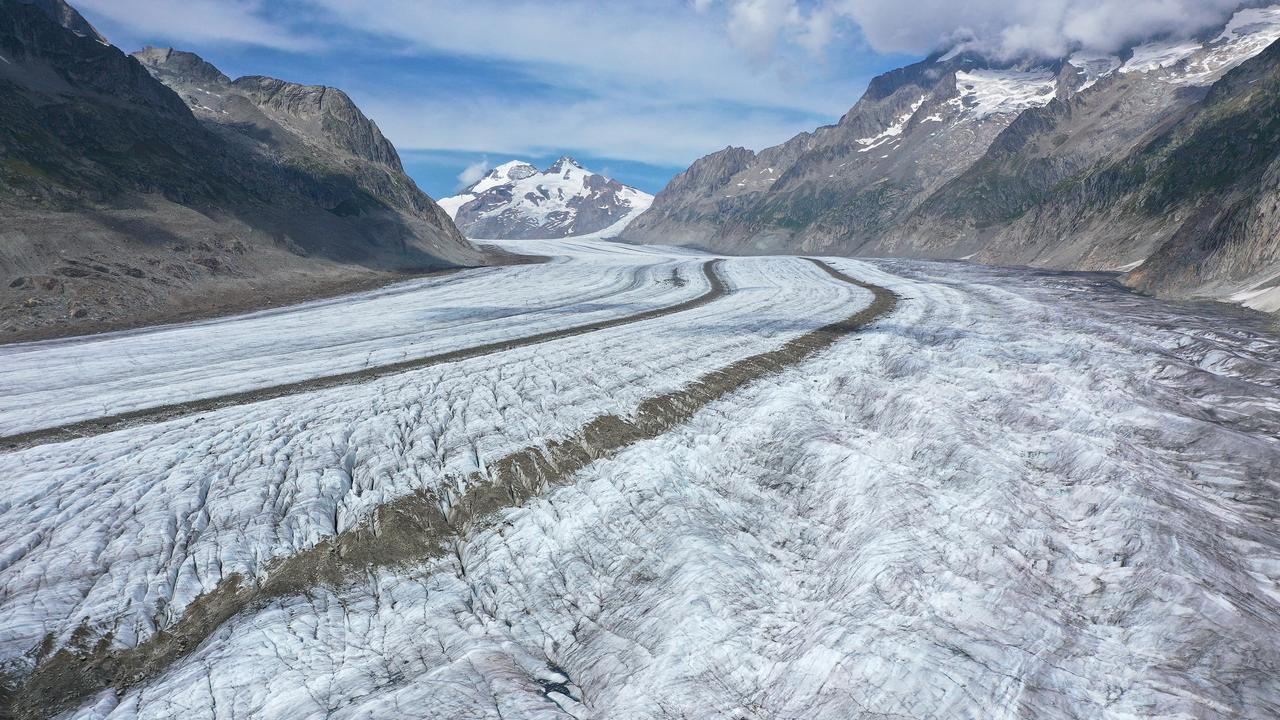 Aletsch glacier, Switzerland’s longest glacier. Though the Earth’s current glaciers are not those formed when the asteroid hit, it would have been similarly hard to find something to eat in the frozen landscape as it is for animals on modern glaciers. Picture: Getty Images

CLASSROOM ACTIVITIES
1. Giant asteroid
Using the facts from the Kids News article, create an artwork depicting all the catastrophic events that occurred the day the giant asteroid hit earth.

Give your article a catchy title so viewers know what your artwork is about.

You could use materials such as pastel, crayon, paint or so forth complete your artwork.

2. Extension
Work with a partner to compile a list of ways our world and lives may be different if dinosaurs still inhabited our Earth.

Could we have co-inhabited with them?

Write a story about the scientists drilling and finding a time capsule left by living beings.

What will be inside when they open it up?

What will it tell the scientists?

Draw the contents of the time capsule using the attached hollowed out boulder capsule that was discovered. Write the contents of your time capsule within a hollowed-out boulder like this one!

HAVE YOUR SAY: If you were making a movie of the day the asteroid hit, what would you call it? Share some details of the plot.
No one-word answers. Use full sentences to explain your thinking. No comments will be published until approved by editors.