‘Not science fiction any more’: The Tasmanian tiger could soon be back from extinction Scientists are confident they can one day clone a thylacine. Picture: Richard Jupe.

The Tasmanian tiger has been extinct for more than 80 years — but that could be about to change.

We once thought this was impossible, like something made up for a movie like Jurassic Park, but it is now absolutely possible that we’ll see the Tasmanian tiger and other extinct species alive again.

Advances in science, especially in a type of science called genetics, means that we are getting ever closer to bringing this Australian marsupial, also known as thylacine, back to life.

Andrew Pask, a scientist from the University of Melbourne, was part of a team who worked for 10 years to discover all the genetic information of the thylacine. They did this with the help of a four-week-old thylacine joey that had been preserved in a liquid chemical when it died a long time ago. This joey is preserved in a different chemical to other thylacines and is in a better condition than others.

Prof Pask said the well-preserved joey they used allowed researchers to piece together the full picture of the marsupial’s DNA, or genetic information.

The researchers completed this genetic map in December last year. 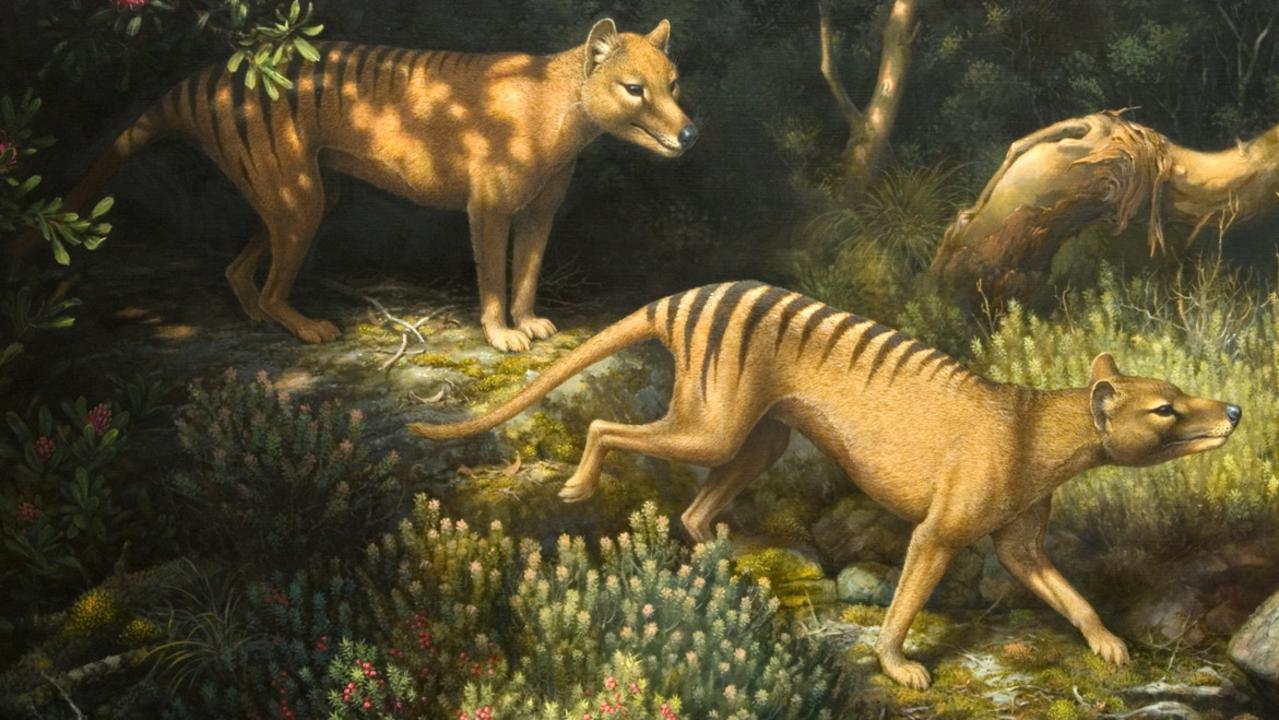 “It was a very, very unique marsupial species. The last one of its kind.”

That uniqueness is exactly why we might want to bring it back to life — but it’s a quality that also makes the process extra difficult.

A cloning technique first tried by Harvard geneticist George Church, which is quite similar to that imagined in the movie Jurassic Park is leading the way.

His team is trying to bring back the mammoth by using the DNA, or genetic map or code, of its closest living relative, the Asian elephant, to fill in the gaps of the mammoth’s DNA.

It’s like the scientists are writing a recipe for building a new animal. An illustration of a family of Woolly Mammoths.

“That’s something that’s not science fiction any more, it’s science fact,” Prof Pask said. “They will be able to bring something mammoth-like back to life.

“The thing with the mammoth is, there is a very closely related living species around still — the elephant — which makes the task much easier,” Prof Pask said.

“What you have to do is take that elephant DNA and make all the changes you see in the mammoth genome on the elephant’s genetic blueprint. Basically you’re just editing the (elephant) DNA to make it look like a mammoth.”

The fewer changes you have to make, the easier it is.

However when it comes to the thylacine, there’s nothing really that closely related any more. The closest living relative is the numbat but it’s still quite different. 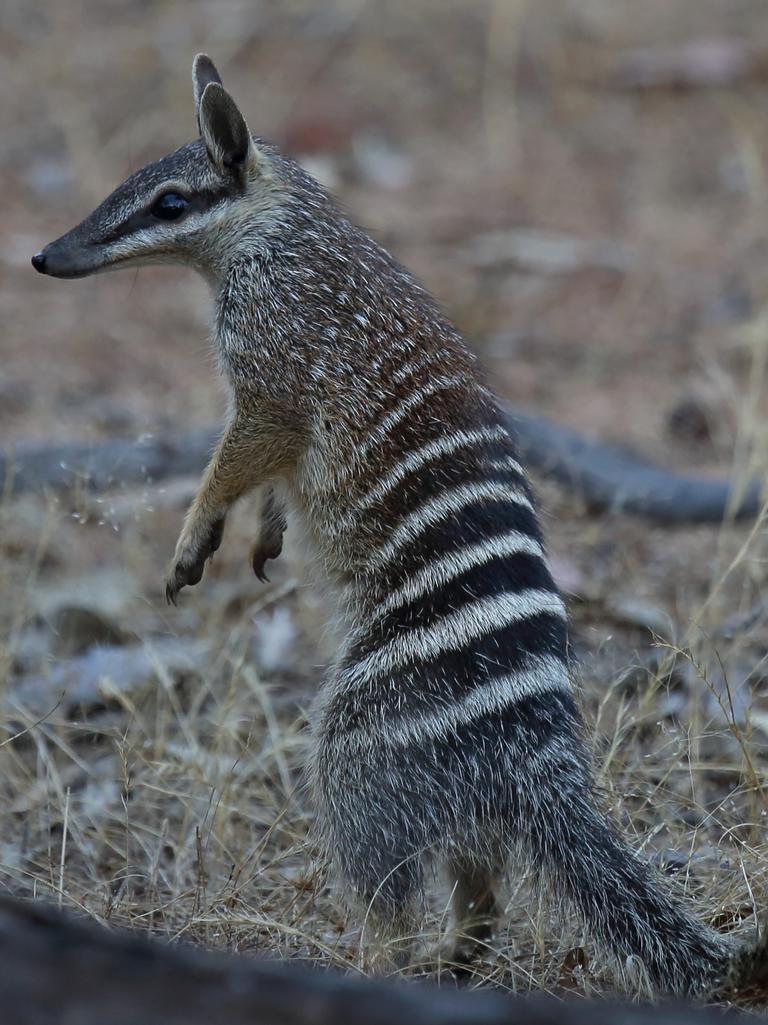 A numbat, which is the closest living relative to thylacine. Picture: supplied

It’s possible, as the technology improves, it would be able to be applied to bringing back the thylacine that would be a mixture of a numbat and a thylacine.

Scientists will now wait to see the results of the mammoth project before they start working on bringing back other animals, such as the thylacine.

“We’ll wait and see what it looks like, how it behaves and all of those things and whether we could apply that same technology,” Prof Pask said.

But if it does come to pass, our continent could once again be host to one of Australia’s most well-known lost species. 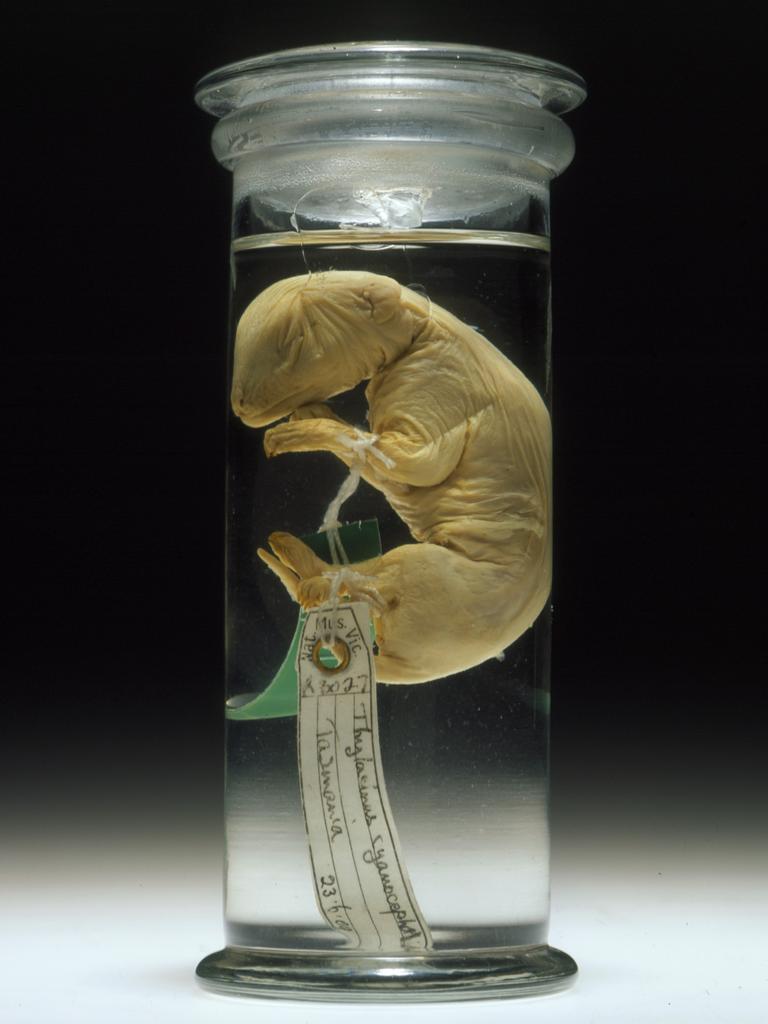 The thylacine vanished from the Australian mainland about 3000 years ago. A thylacine population survived in Tasmania long after they died out on the mainland. But the government paid people to kill thylacines in Tasmania in the 1800s because of fears they killed sheep.

So many thylacines died the Tasmanian government made laws to protect them in 1936, but it was too late. Just two months later, the last known thylacine died in a zoo in Tasmania.

Searches for the thylacine have continued ever since, with some people sure they have seen living thylacines in recent years but that hasn’t been proved.

1. Create your own glossary

Choose six words from the article that are either new or interesting to you and write your own definition for each of them.

Look the words up in a dictionary and make adjustments to your definitions if necessary.

Write a factual paragraph that contains all six of your glossary words used correctly.

Extension: Write a factual paragraph that contains all six of your glossary words used correctly.

Answer these questions about thylacines:

Thylacines are often known by what other name? Why do you think they were given that name?

When and how did thylacines become extinct?

Can you explain what scientists have done and are currently working on that makes them confident that bringing the thylacine back to life is a possibility?

What is the greatest difficulty in bringing the thylacine back to life?

Do you think that it is possible that thylacines still exist in the wild like some people have claimed? Explain your thoughts.

Extension: Find and sketch a picture of a numbat. Write down three things it has in common with the thylacine and three things that are different.

The glossary of terms helps you to understand and learn the ambitious vocabulary being used in the article.

Can you use the words outlined in the glossary to create new sentences?