NASA has sparked renewed interest in the mystery of Death Valley’s sailing stones that seemingly move on their own across the desert with no human or animal help and no obvious explanation.

The US space agency chose an image of a sailing stone, also known as a sliding rock, for its Astronomy Picture of the Day. 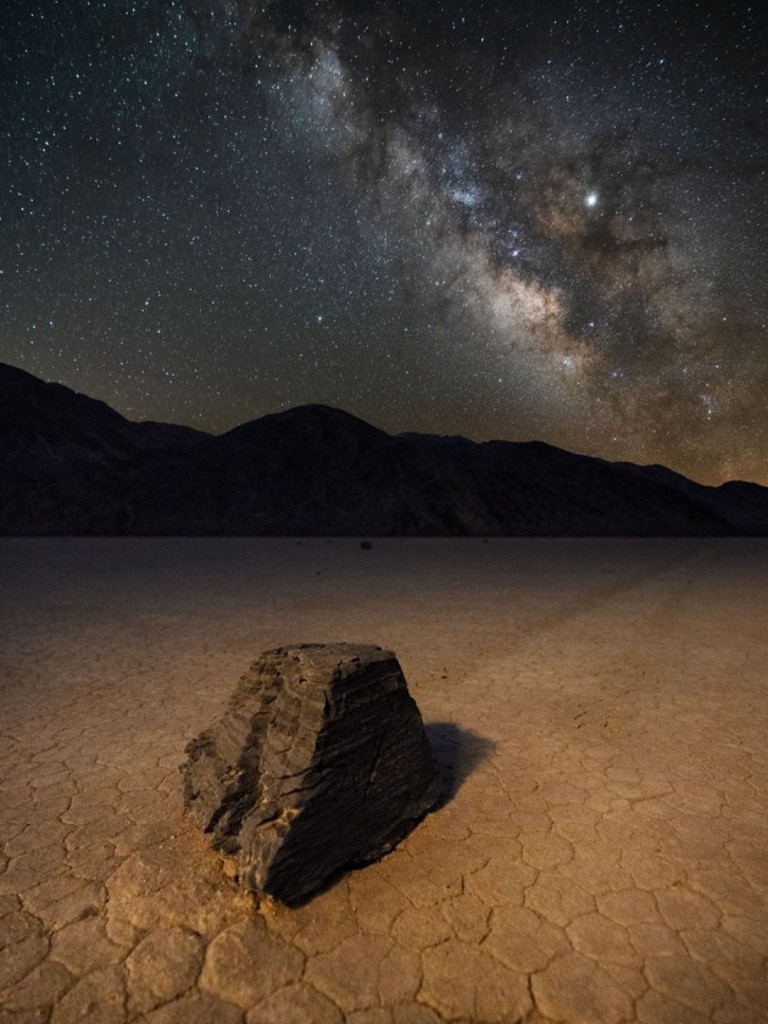 This is NASA’s Astronomy Picture of the Day featuring a sailing stone and the Milky Way Picture: Keith Burke

The dry lake of Racetrack Playa in California’s Death Valley, US, is famous for them.

Scientists have studied the rocks and the long trails they leave behind, suspecting that ice, wind or even bacteria could be causing the heavy rocks to move.

NASA selected photographer Keith Burke’s image of a sailing stone for its daily astronomy photo as it also features a Milky Way-filled sky.

NASA wrote alongside its chosen image: “How did this big rock end up on this strange terrain*? One of the more unusual places here on Earth occurs inside Death Valley, California, USA.

“There a dried lake bed named Racetrack Playa exists that is almost perfectly flat, with the odd exception of some very large stones, one of which is pictured here in April of 2019 beneath a dark, Milky-Way filled sky.”

Scientists are becoming more confident about what causes the rocks to move, explained NASA.

“Only recently, however, has a viable* scientific hypothesis* been given to explain how heavy sailing stones end up near the middle of such a large flat surface.

“Unfortunately, as frequently happens in science, a seemingly surreal* problem ends up having a relatively mundane* solution.

“It turns out that in winter thin ice sheets form, and winds push ice sections laden with even heavy rocks across the temporarily slick* playa when sunlight melts the ice.” 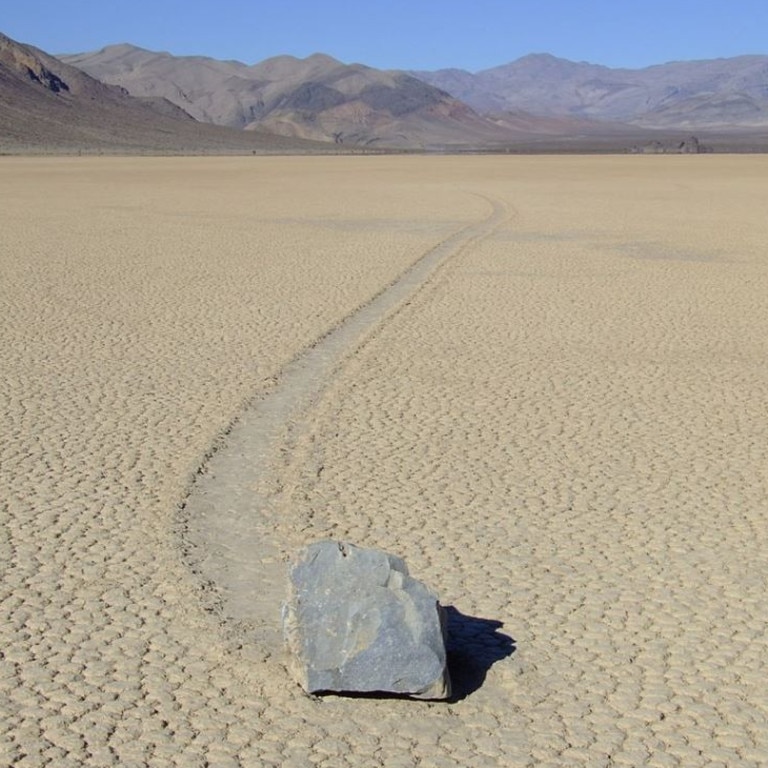 Another sailing stone in Death Valley, US. Picture: Wikipedia

Palaeontologist* Paul Olsen of Columbia University, US, and his team recently presented their findings about the long smear mark puzzled over by scientists since 1896.

The researchers have considered how the sailing stone would have moved among the footprints and argued that their findings could be evidence of a brief freezing period during the Early Jurassic.

This would fit in with the theory that the stones move when ice is formed if the area they’re in gets flooded.

They are then thought to sail across the ice as it melts, creating a track in the mud that hardens and remains when the water evaporates. 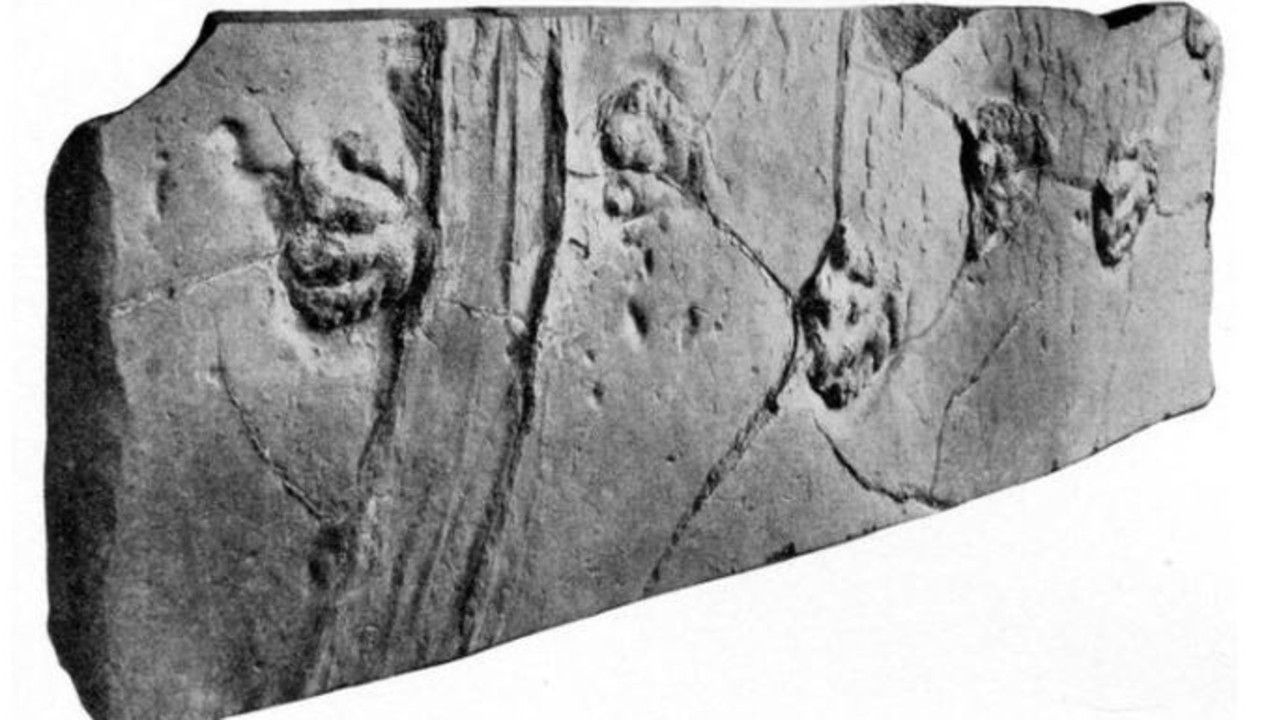 The smear mark on this fossil of dinosaur footprints is thought to be from an ancient sailing stone. Picture: Olsen et al/Columbia University/LDEO

Mats of microbes* and wind-generated water waves are also possible reasons for the stones moving but the researchers ruled these methods out for the ancient sailing stone.

They concluded that the ice method was more likely because the details preserved in the dinosaur footprint would not have been as complicated if microbes had been involved.

ABOUT DEATH VALLEY
Death Valley is in California, US.

It covers part of the northern Mojave Desert bordering the Great Basin Desert.

It is one of the hottest places on Earth.

The temperature reached 56.7C in the summer of 1913 at Furnace Creek Ranch.

July 2018 was the hottest month on record for the valley, with an average daily temperature of 42.3C. 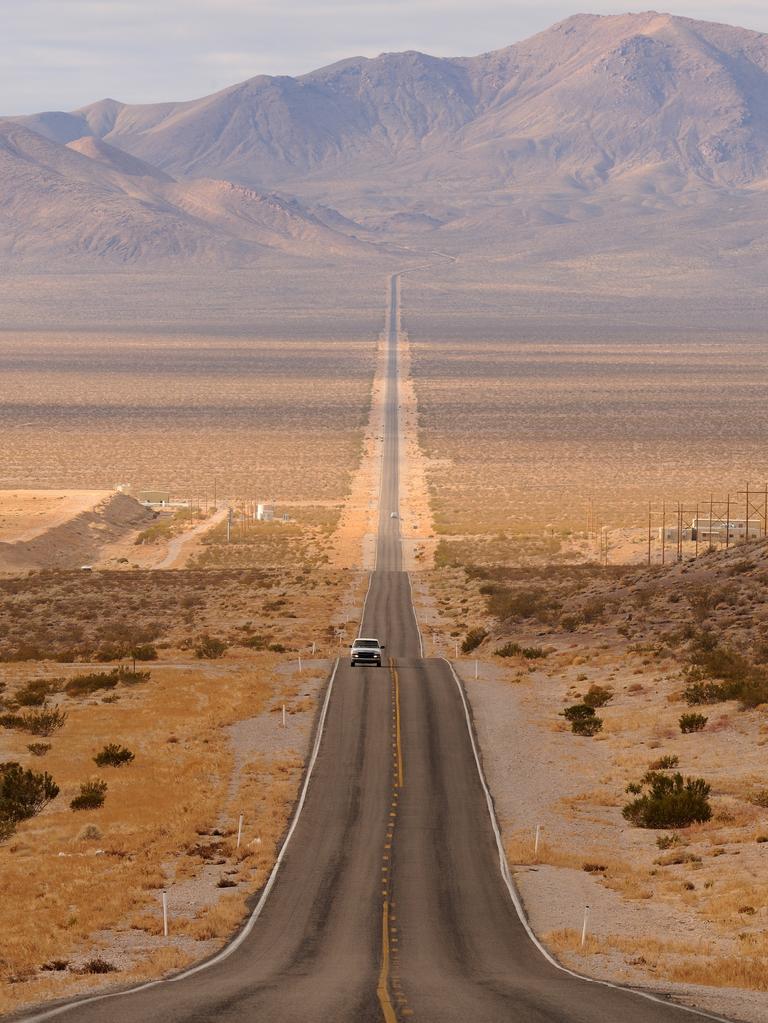 The ‘mystery’ of the monster’s invisible teeth

Take a virtual tour of the world

CLASSROOM ACTIVITIES
1. Set the scene of the sliding stones
The photographs of Death Valley and the sliding stones show a very unique landscape. We also know from the article about the climate there. Use the photographs and information from the article to help you write a vivid description of the location as though it is to be the setting of a story you are writing. (You do not need to write an entire story, just the part of a story that sets the scene.)

2. Extension
Draw a diagram or create a video to explain the current theory about how the stones slide across the desert on their own.

HAVE YOUR SAY: Make up a crazy reason to explain how the stones move.
No one-word answers. Use full sentences to explain your thinking. No comments will be published until approved by editors.