Facial reconstruction model of MRD by John Gurche made from a fossilised skull of Australopithecus anamensis. Picture: Matt Crow/Cleveland Museum of Natural History via AP

We can finally put a face to a name, 3.8 million years after he roamed around the highlands of Ethiopia.

His name is MRD, a male from a species known as Australopithecus anamensis.

This early ancestor was part of a group of creatures that came before humans’ Homo branch of the family tree.

Scientists have known for a long time that the A. anamensis species existed and have fossils from as far back as 4.2 million years ago.

But the discovered facial* remains were only jaws and teeth. This newly reported fossil includes much of the skull and face, so we can now know pretty accurately what he looked like. The fossilised skull of MRD, a member of the Australopithecus anamensis species. Picture: Dale Omori/Cleveland Museum of Natural History via AP

The find was described this week in the journal Nature by Yohannes Haile-Selassie of the Cleveland Museum of Natural History, US, and co-authors.

MRD is thought to be an ancestor of a famous individual called Lucy, whose partial skeleton was found in Ethiopia in 1974. Lucy, also known as AL 288-1, is 3.2 million years old.

MRD’s middle and lower face juts forward, while Lucy’s species shows a flatter mid-face, which is a step closer to humans’ flat faces. 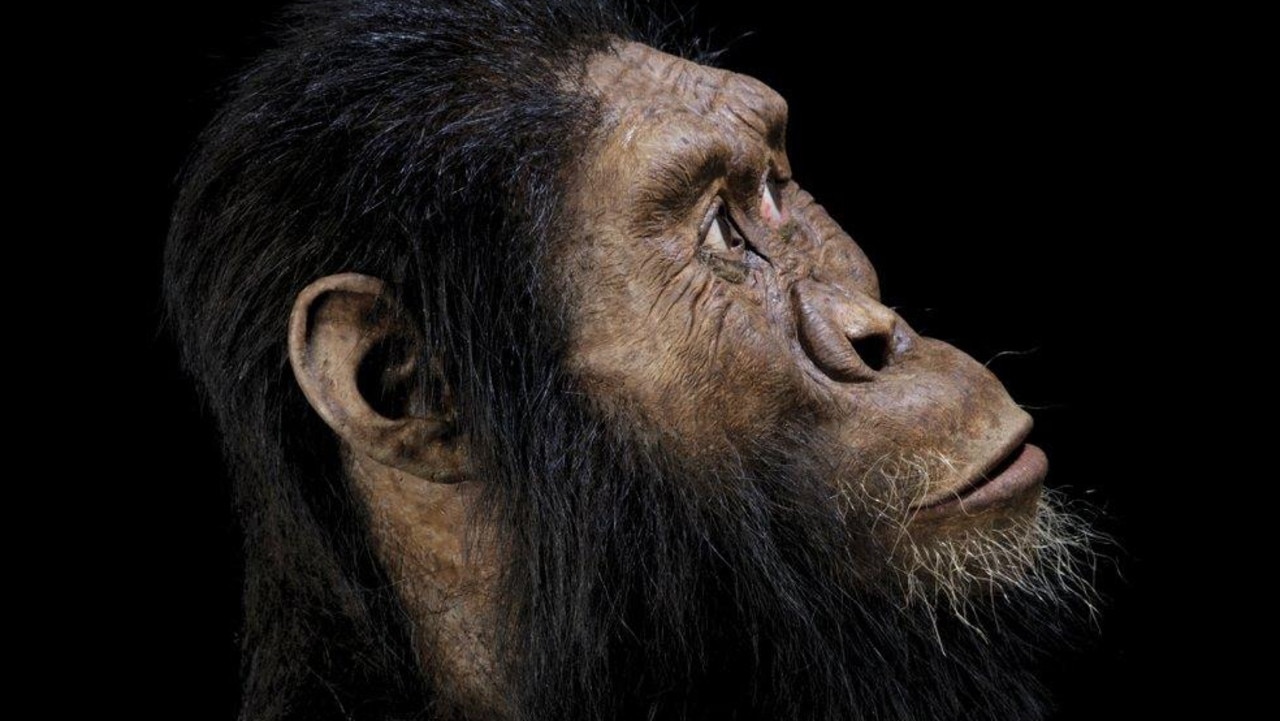 The MRD skull fossil was found in 2016, in what was once sand deposited in a river delta* on the shore of a lake. The scientists have been studying it closely since then. 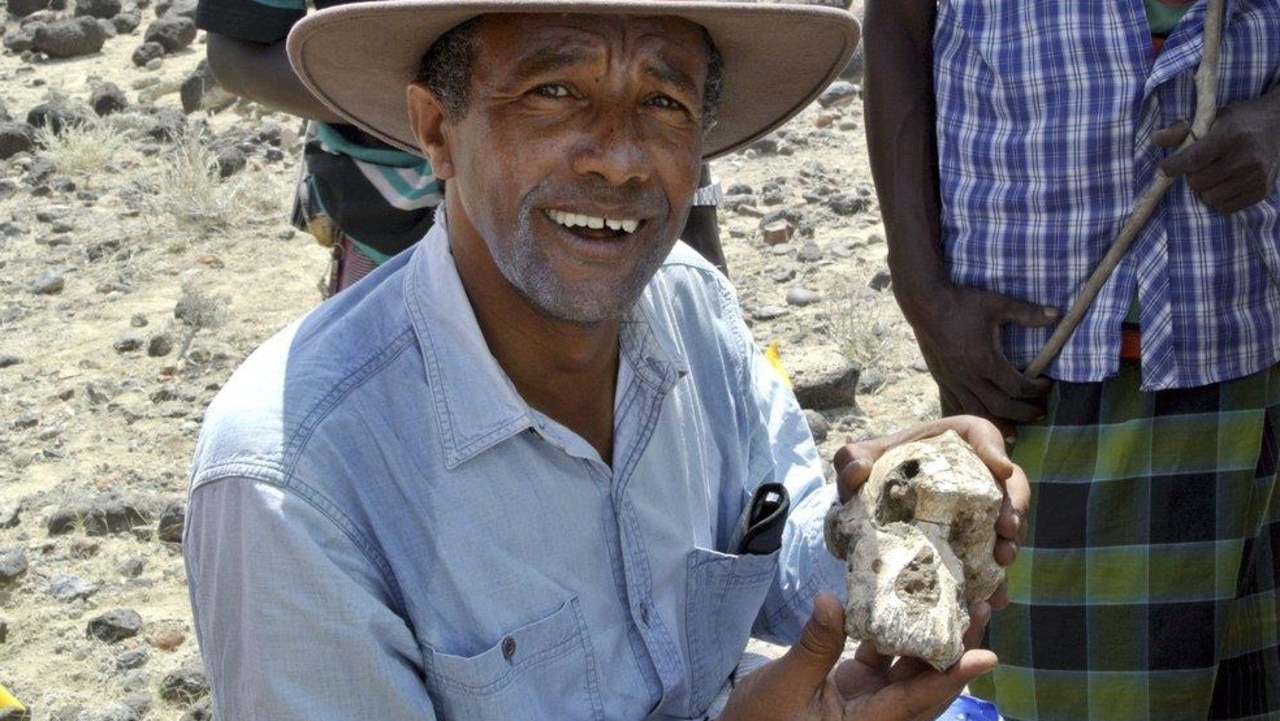 At the time the creature lived, the area was dry shrubland with some trees. Other work has shown A. anamensis walked upright, but there’s no evidence it flaked stone to make tools, said study co-author Stephane Melillo of the Max Planck Institute for Evolutionary Anthropology in Leipzig, Germany.

Experts unconnected to the new study praised the work. Eric Delson of Lehman College in New York, US, called the fossil “beautiful” and said the researchers did an impressive job of reconstructing it digitally to help place it on the evolutionary family tree. 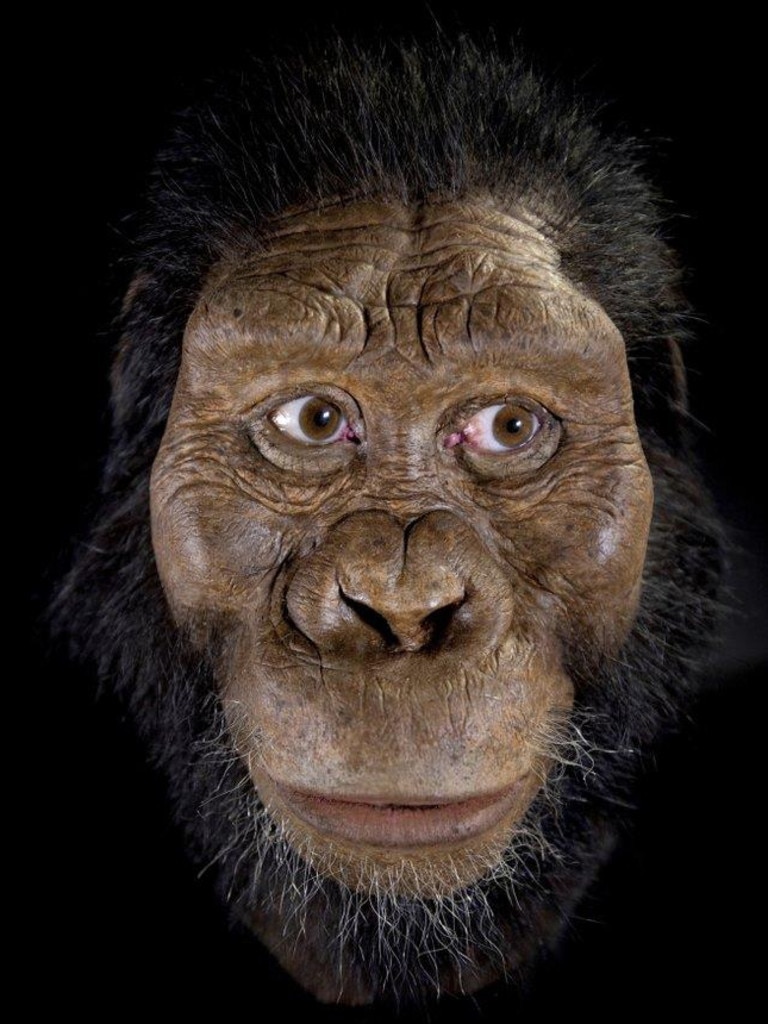 Other scientists have praised the incredible facial reconstruction work that created this model of MRD from the fossil. Picture: Matt Crow/Cleveland Museum of Natural History via AP

With a face for A. anamensis, said Zeray Alemseged of the University of Chicago, US, “now we know how they looked and how they differed from the Lucy species.”

The study’s authors said their work shows there was an overlap between MRD’s species and Lucy’s species of at least 100,000 years. Some scientists are still not convinced of any overlap.

Scientists care about whether different species overlapped in history because it can tell us something about evolution and how one species leads to another.

Weird ways tech could be changing our skeleton

CLASSROOM ACTIVITIES
1. Similarities and Differences
How similar was MRD to modern-day humans?

The facial reconstruction model shows what scientists believe MRD looked like in the ‘flesh’. Use a mirror or recent photo of yourself and make a list of similarities and differences between MRD and yourself.

I wonder if the differences you noted are because he is from a different species to modern-day humans, or because of his and your age, living conditions and life experiences? Next to each difference mark ‘DS’ if you believe the difference is because he is from a ‘Different Species’ and mark ‘O’ if you believe it is because of Other reasons. Some might be difficult to assume – for these you can mark with a question mark ‘?’ An example is … if facial hair was a difference it could be because he is male (and you are female) or an older male to you or do all individuals from this ancestral species have facial hair?

2. Extension
MRD is a fairly impersonal name. Use your imagination to create a more personal profile for MRD.

Include in the profile his full name, age, where he lived, family members, personal skills and character traits. You will need to use your imagination to complete this profile, but you can base it on information about the Australopithecus anamensis species found in the article or from your prior knowledge.

VCOP ACTIVITY
A day in the life of MDR
MRD is 3.8 million years old. Writing in the form of words hasn’t been invented yet. But cave drawings to depict stories may be.

Draw your own cave drawings from an exciting day in MRD’s life.

Then pretend you are an archaeologist discovering the drawings, and write half a page deciphering MRD’s journal.

If you want to challenge yourself, you may want to swap with a buddy and decipher each other’s drawings instead and compare at the end. Were you close to coming up with the same story as they wanted to share?

HAVE YOUR SAY: MRD needs a better name. What’s your suggestion? How would he introduce himself to his cousins if he walked into a modern-day family reunion?
No one-word answers. Use full sentences to explain your thinking. No comments will be published until approved by editors.