Rosalind Franklin (centre) and a colleague in the laboratory.

A Mars rover due to launch next year has been named after pioneering scientist Rosalind Franklin, the unsung* hero of DNA* research.

The UK-built Mars Rosalind Franklin rover is a part of a joint European and Russian project, called ExoMars.

Astronaut Tim Peake announced the name, which was the winning suggestion in an international competition.

Major Peake, speaking in the ‘Mars Yard’ at Airbus Defence and Space at Stevenage, UK, called Dr Franklin “one of the great British scientists who unlocked the secrets of human life in terms of understanding DNA.” 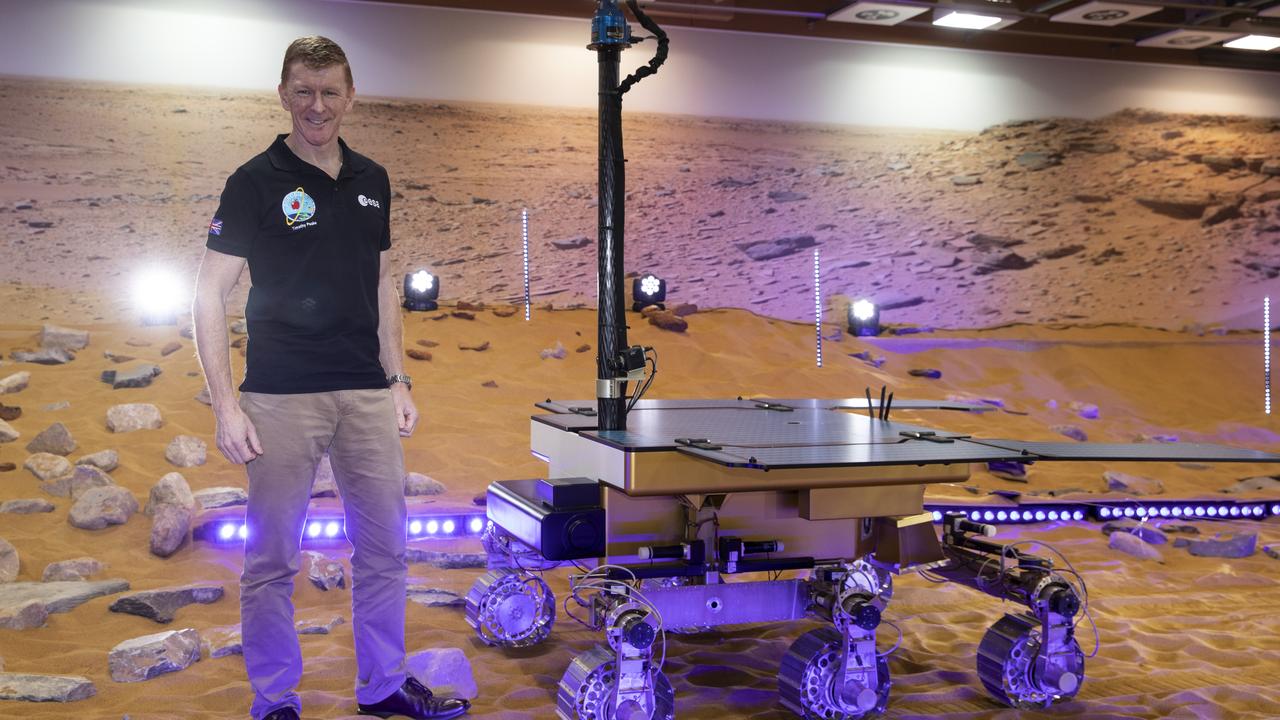 Alice Bunn, international director of the UK Space Agency, said in a statement: “Rosalind Franklin is one of science’s most influential women, and her part in the discovery of the structure of DNA was truly groundbreaking.

“It’s fitting that the robot bearing her name will search for the building blocks of life on Mars, as she did so on Earth through her work on DNA.”

There were 36,000 entries in the European Space Agency (ESA) naming competition. It chose to commemorate* Dr Franklin for her work during the 1940s and ‘50s.

She captured structural images of substances such as viruses* and coal, as well as the biological compounds DNA and RNA*, which both carry genetic* information.

US scientist James Watson and UK scientist Francis Crick used Dr Franklin’s research without permission and with little credit when publishing their model of the structure of DNA in 1953.

The pair won the Nobel* prize in 1962 for their work on DNA. Scientist James Watson with Francis Crick alongside model of DNA structure in 1960s.

In Dr Watson’s book “The Double Helix,” which shaped future research on DNA for decades, he was extremely negative about Dr Franklin. She died in 1958 at age 37, and her work went mostly unacknowledged* until the 1990s.

“This name reminds us that it is in the human genes to explore,” ESA Director General Jan Woerner said.

“Science is in our DNA, and in everything we do at ESA. Rosalind (Franklin) the rover captures this spirit and carries us all to the forefront of space exploration.”

ROSALIND FRANKLIN MARS ROVER
The rover will launch in 2020 and is expected to reach Mars by 2021.

It will be the first to be able to roam around Mars and dig beneath the surface. Technicians work on the ExoMars rover after its naming ceremony on February 7, 2019 in Stevenage, UK. Picture: Getty Images

Dr Franklin and another scientist, Raymond Gosling, captured an X-ray image of DNA in 1952. Their image led to the understanding of the shape of DNA.

After finishing her work on DNA, Dr Franklin led pioneering work on the molecular structures of viruses. Her team member Aaron Klug continued her research after Dr Franklin’s death and won the Nobel prize in Chemistry in 1982.

2. Extension
What are your thoughts about the actions of James Watson and Francis Crick? Did they act fairly? Write down your response.

VCOP ACTIVITY
In journalism and especially written media, Ollie Opener is needed at the top of his game for the headlines of stories. They need to capture the audience’s attention, to encourage them to read the whole article. See if you can come up with an even better headline for this article to really capture people’s interest.

Now imagine you have been asked to come up with the headlines the next two articles related to this story. (Don’t forget your Ollie Opener skills.)
1. The naming of the Mars Rover
2. Word has just come through that the rover has discovered something in the soil.

HAVE YOUR SAY: What area of science interests you most? Why?
No one-word answers. Use full sentences to explain your thinking.