Kurt the cloned horse kicking up his heels In a world first, scientists have cloned a rare, endangered Przewalski’s horse.

They used cells taken from a stallion* 40 years ago and frozen at San Diego zoo in the US and fused* them with an egg from a domestic horse. The scientists had removed the nucleus* of the egg — which contains the DNA* — so that the foal is all Przewalski’s horse.

Little Kurt looks like any other baby horse as he frolics playfully in his pen. He isn’t afraid to kick or headbutt an intruder who gets in his way and, when he’s hungry, dashes over to his mother for milk.

Scientists have cloned nearly two dozen kinds of mammals. The first was Dolly the sheep in the UK in 1996. Other species include dogs, cats, pigs, cows and polo ponies and, in China in 2018, a monkey.

The zoo sees Kurt’s birth as a milestone in efforts to restore the population of the horse also known as the Asiatic Wild Horse or Mongolian Wild Horse. The small, stocky animals (they stand only about 1.2m to 1.5m tall at the withers*) are believed extinct in the wild and number only about 2000 in zoos and wildlife habitats. Their limited gene pool* puts them at a reproductive disadvantage.

“This colt is expected to be one of the most genetically important individuals of his species,” Bob Wiese, chief life sciences officer at San Diego Zoo Global, which operates the zoo, said in a statement. “We are hopeful that he will bring back genetic variation important for the future of the Przewalski’s horse population.”

Although only 2 months old, Kurt’s birth was made possible in 1980 when cells were taken from a 5-year-old stallion and put in deep freeze at San Diego’s Frozen Zoo facility. His father died in 1998. Scientists inspecting cell cultures at San Diego Zoo Global’s Frozen Zoo, a collection of tissue and genetic material that has been collected by conservation researchers since it was founded in 1972. Picture: Ken Bohn/San Diego Zoo Global via AP

Kurt was named for Kurt Benirschke, who played a key role in founding the Frozen Zoo.

“A central tenet* of the Frozen Zoo, when it was established by Dr Benirschke, was that it would be used for purposes not possible at the time,” said Oliver Ryder, director of genetics at San Diego Zoo Global.

Kurt was born at a veterinary facility in Texas, US, where he’ll continue to live with his mother for most likely another year.

Eventually he’ll become part of the zoo’s Przewalski’s horse population, where it’s hoped some day he’ll become a father himself. 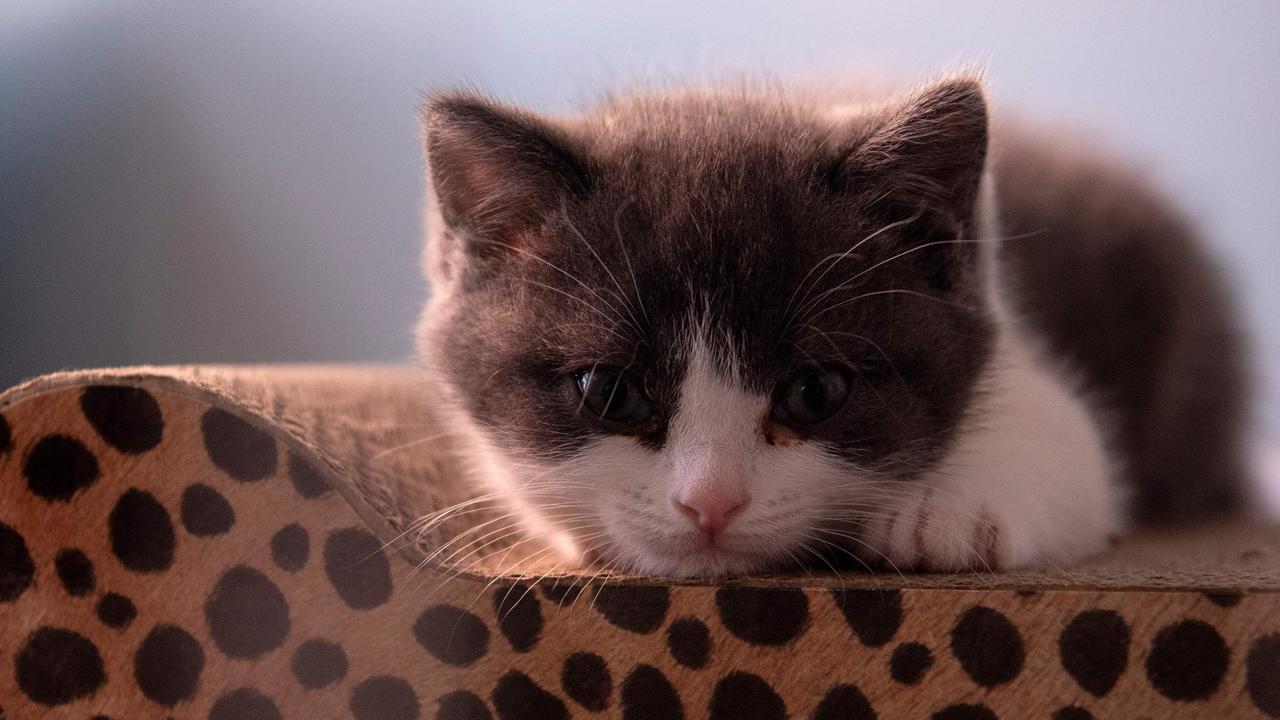 China’s first cloned kitten — called Garlic — at a Chinese pet cloning company in Beijing that has cloned more than 40 pet dogs since 2017. People can pay this company to have their pet cloned. Picture: STR/AFP

PRZEWALSKI’S HORSES
These rare, endangered horses take their official name from Russian explorer Nikolai Przewalski, who found a skull and hide of one and shared it with a Russian museum.

At one time they ranged throughout Europe and Asia, according to the Smithsonian’s National Zoo and Biology Conservation Institute.

Encroaching* human population and livestock eventually pushed them out of Europe and east to parts of Asia like the Gobi Desert. Outside of zoos, they exist today only in reintroduction sites in Mongolia, China, and Kazakhstan.

According to the Smithsonian, they are the only true wild horses left in the world. The institute maintains wild horse herds in North America and Australia don’t count because they are the ancestors of escaped domesticated horses. MATILDA THE SHEEP
In 2000, scientists at the South Australian Research and Development Institute cloned Matilda the merino sheep.

They used a technique similar to that used for the world’s first cloned sheep, Dolly, in Scotland, UK in 1996.

Matilda later gave birth to healthy triplets, who themselves have gone on to have lambs.

Building designer mozzies to do good, not harm

CLASSROOM ACTIVITIES
1. Write a letter
Dr Kurt Benirschke established the Frozen Zoo (a collection of frozen cells and reproductive material from many endangered species) in the 1970s with the principle belief that ‘it would be used for purposes not possible at the time’. Dr Benirschke died in 2018 at the age of 94 years old and is not able to witness how, what he started, has been used to help this species of wild horse.

Write a letter to Dr Benirschke’s family to let them know how his work is having a huge impact on the survival of this endangered species. Include in the letter the reason you are writing to them, which species was cloned and why, how the cells were used to reproduce a foal, how successful it was and what is hoped this successful cloning will lead to. Also include how Dr Benirschke is being remembered for his work in this field (the foal is named after him). This information can all be found in the article. You can address your letter ‘To the family of Dr Benirschke’.

2. Extension
Given the apparent success of cloning the Przewalski’s horse, which other endangered species would you like to include in the Frozen Zoo? Choose an animal that is currently listed as endangered and write a paragraph or two about why cells from this animal should be included in the Frozen Zoo’s collection. Think about why this animal’s survival is important and how its extinction would be devastating.

VCOP ACTIVITY
Seeing Double
Now that scientists have proved that it is possible to clone animals, what does this mean for the animal race?

Make a list of pros and cons when it comes to cloning animals. What if the process becomes more readily available to everyone? Could there be positive and negatives aspects to consider?

Once you have created your list of pros and cons, choose whichever column has the strongest arguments and turn one into a persuasive paragraph. Extend it out with details, but try not to introduce more points that relate to different considerations.

Include persuasive words like: I believe, I think, in my opinion, as well as emotive words that connect with the audience.

HAVE YOUR SAY: Do you think it is a good idea to clone animals?
No one-word answers. Use full sentences to explain your thinking. No comments will be published until approved by editors.