Iceland’s volcanic field waking up from 800 years of rest 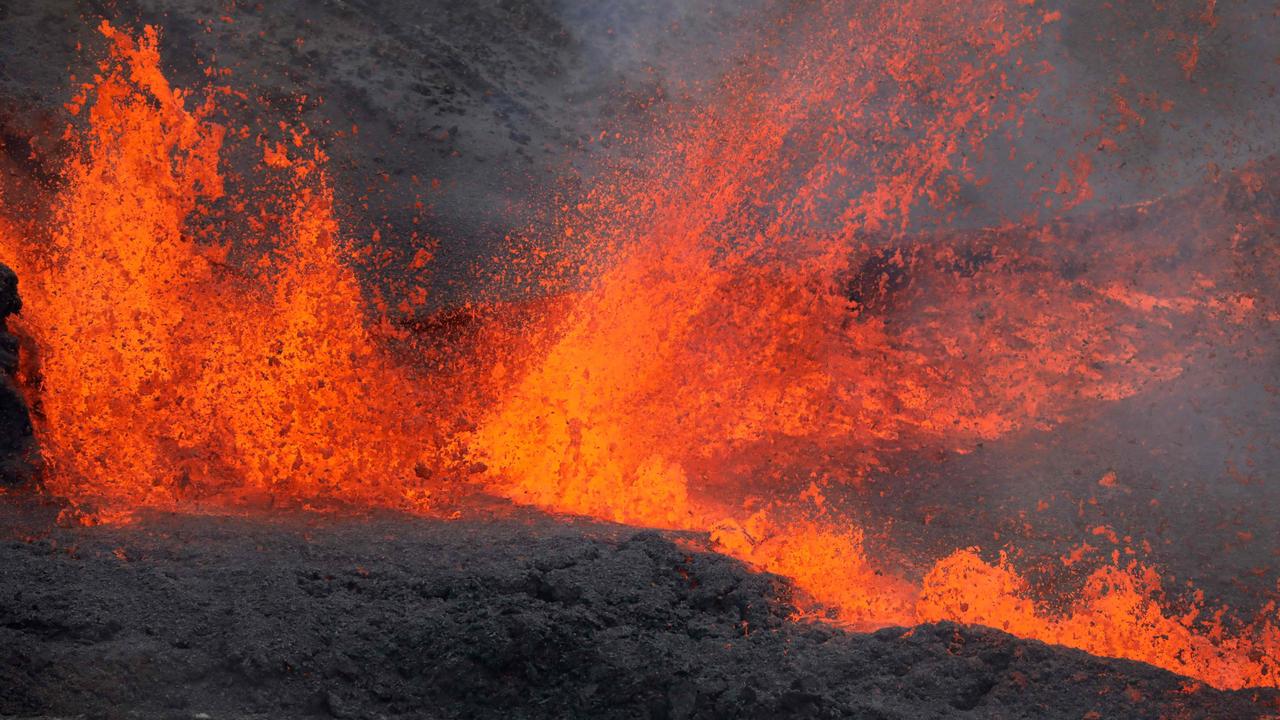 Scientists have warned that a volcanic region of Iceland is waking up, with more than 8000 earthquakes recorded since January 21.

The Reykjanes peninsula, southwest of Iceland’s capital, Reykjavik, where the earthquakes have occurred, has also had 10cm of land uplift, as the ground gets pushed up from below by magma*.

Reykjanes’ last active period began in the 900s (the 10th century) and lasted for about 300 years.

Volcanologist* Dave McGarvie has been studying volcanic activity in the area.

“It seems that after being relatively inactive for many centuries, this region is waking up,” McGarvie, of Lancaster University, UK, told The Guardian.

The most recent volcanic eruption on land in this area was about 800 years ago, with more recent eruptions in the nearby sea.

Iceland’s international airport is 15km from the volcanic area. There is a fishing town called Grindavik on the peninsula with a population of 3300. Tourists visit the area to see lava fields, aurora borealis — also called the Northern Lights — go out in boats whale watching and visit a famous geothermal* pool called The Blue Lagoon. Geologists believe there are five volcanic fields under this part of the Earth and they seem to become active roughly every 1000 years.

Iceland has many volcanoes that become active for a few years and then become quiet again, but the Reykjanes peninsula is different because of the length of active periods — perhaps 300 years of activity each time — and the type of volcanic activity.

Rather than a big volcano erupting, exploding and blowing clouds of ash high into the air, during an active period on the Reykjanes peninsula, typically cracks several kilometres long appear in the Earth and spout fountains of lava (without explosions or ash up into the sky) for weeks or months at a time.

When these kind of eruptions, which scientists call “fires” happened in the 1200s, they covered about 50 sqkm with lava. Group of hikers on the Landmannalaugar, Iceland’s most famous hiking route. Picture: iStock

Though Icelanders are used to volcanic activity, they will keep a close eye on what’s happening on the Reykjanes peninsula and which way wind carrying ash is blowing because flights to and from the island country could be impacted, roads could be damaged and people need to keep themselves and farm animals safe.

“People on the Reykjanes peninsula, and their descendants for several generations, may have to be on their guard and ready to evacuate every so often,” McGarvie said. Icelandic sheep and other livestock will need to be moved if volcanic activity increases where they are grazing.

It has a milder climate than the name suggests and only about 10 per cent of the land is covered in ice. Polar bears sometimes visit, floating from Greenland on icebergs.

Though many people can speak English, Icelandic is the official language. CLASSROOM ACTIVITIES
1. Problem v Solution
The possibility of more earthquakes raises many problems for the Icelandic government and its people to keep everybody safe.

Work with a partner and fill out the table below listing the ramifications (the effects on people, places etc.) and possible solutions to the problems they are facing. 2. Extension
Why do you think this volcanic activity seems to happen every 1000 years?

Write down what you know about earthquakes and how they occur.

HAVE YOUR SAY: What is the most interesting thing you know about volcanoes or earthquakes?
No one-word answers. Use full sentences to explain your thinking. No comments will be published until approved by editors.