Our Kids News map pinpoints the location of the Sterkfontein caves where the skull of Mrs Ples was found. She is now believed to be around a million years older than originally estimated. Picture: Abi Fraser

The skull of an ancient cave-dweller unearthed in South Africa is a million years older than previously thought, reshaping the understanding of human evolution*.

Since Australopithecus africanus fossils were discovered near Johannesburg in the Sterkfontein cave network, scientists have estimated they were under 2.6 million years old.

But advanced testing methods now suggest the most complete skull – found in 1947 and dubbed “Mrs Ples” – lived between 3.4 and 3.7 million years ago, making it possible that her species were early ancestors* of humans. The preserved skull of Mrs Ples is now believed to be a million years older than previously thought. Picture: Jason Heaton/Ron Clarke/Ditsong Museum of Natural History

Although they walked upright and measured between 1.2m to 1.4m, the Australopithecus africanus were historically considered too young to have given rise to the homo* genus*, which includes human ancestors who lived 2.2 million years ago.

The findings, published last week in the journal Proceedings of the National Academy of Sciences, give the species about a million extra years to have evolved into the earliest humans. Anthropologist Dr Zeresenay Alemseged holds the skull of the hominid fossil of the three-year-old child dubbed “Lucy”, from the Australopithecus afarensis species, in an undated image at the National Museum of Ethiopia.

Scientists now say the two could have lived side-by-side and mated*, meaning our family tree is “more like a bush”, said French scientist Laurent Bruxelles, who was part of the study.

“Over a time frame of millions of years, at only 4000km away, these species had plenty of time to travel, to breed with each other,” Mr Bruxelles told AFP. “So we can largely imagine a common evolution across Africa.” 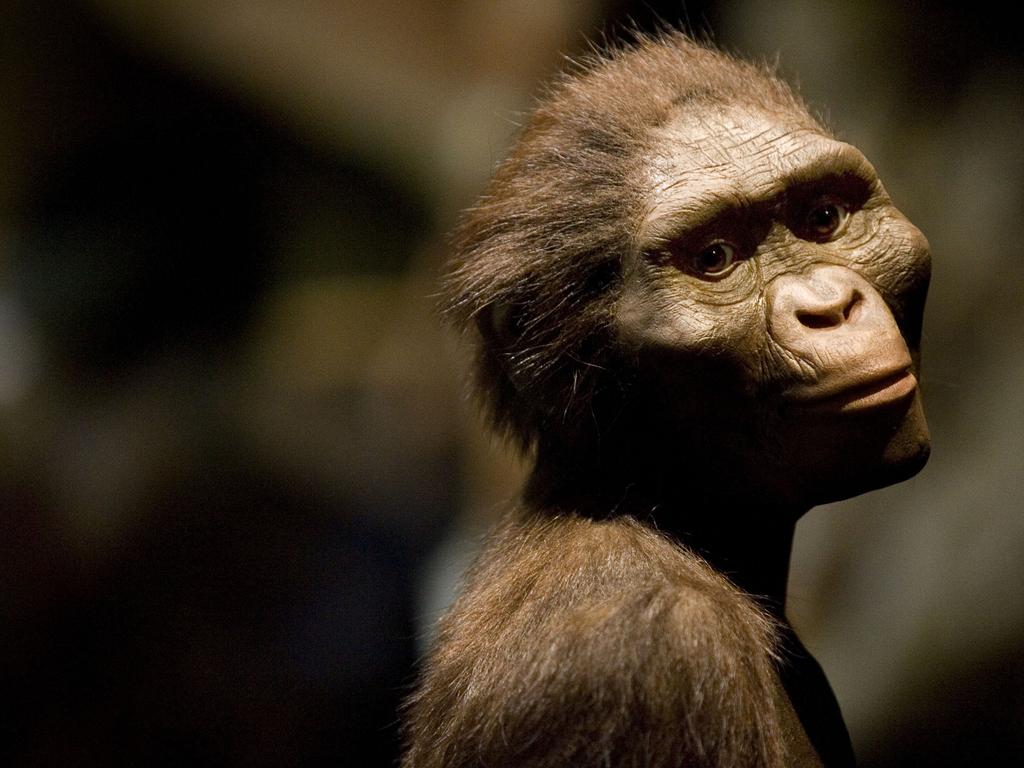 A sculptor’s rendering of the hominid Australopithecus afarensis was displayed at the Houston Museum of Natural Science in Texas in 2007. Scientists now believe this species could have lived alongside and mated with the Australopithecus africanus.

The remains are too old and brittle* for scientists to test, forcing them to analyse the surrounding sediment* instead, which formed in layers over millions of years.

Researchers said scientists previously underestimated Mrs Ples’s age because they tested mineral deposits that were more recent than the rest of the sediment around her.

This time they used a technique called “cosmogenic nuclide dating”, which measures levels of isotopes* produced when rocks were exposed to high-speed particles from outer space. 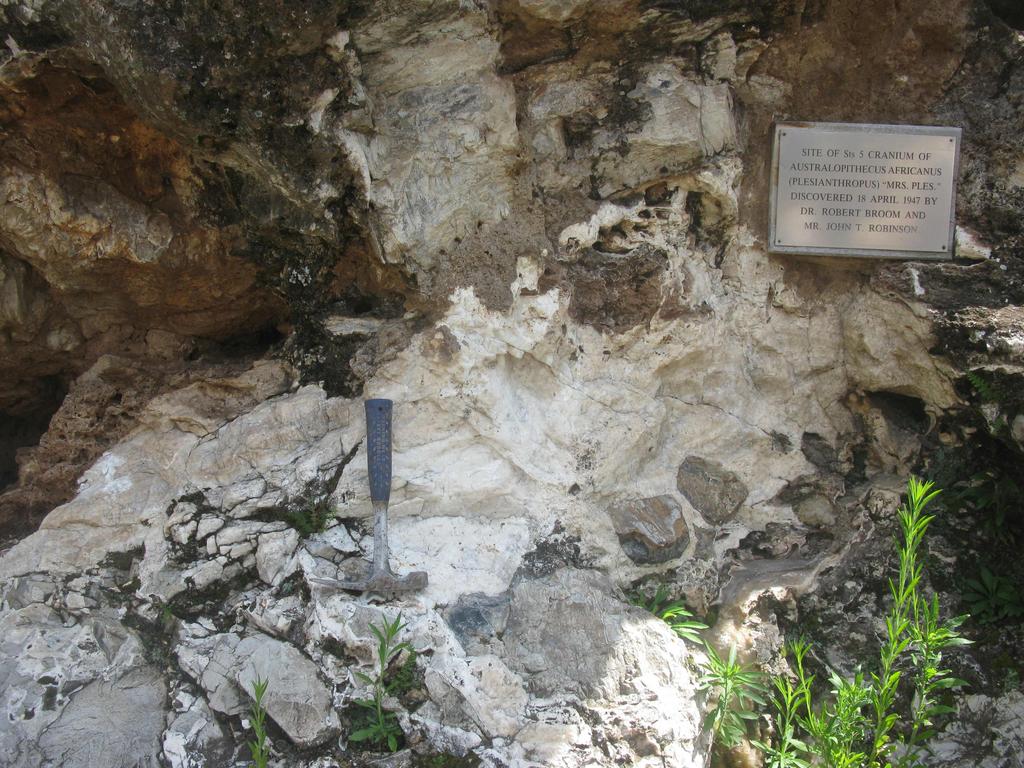 The dig site around the Sterkfontein caves, also known as the “Cradle of Humankind”, is home to the discovery site of the ancient skull dubbed “Mrs Ples”. Picture: Laurent Bruxelles/CNRS/AFP

Scientists had grown sceptical* about the skull’s age because there was no sign of homo genus remains at the depth of the cave where it was found.

The Sterkfontein caves have shed light on four million years of human evolution since it was first discovered in 1936. Since then, hundreds of Australopithecus fossils have been found there, including the skeleton of Little Foot, who lived 3.67 million years ago.

“Sterkfontein has more Australopithecus fossils than anywhere else in the world,” said Purdue University Professor and lead author Darryl Granger. “But it’s hard to get a good date on them. What our data does is resolve these controversies*.”

This article was originally published by The Times and is reproduced with permission.

CLASSROOM ACTIVITIES
1. Synonym word pairs
News stories (and any piece of writing) can be boring to read if the same words are repeated many times within close proximity to one another. Therefore, good writers make use of synonyms – words that have the same or similar meanings – to vary their word choices. An example from this news article are the words “test” and “analyse”. How many other synonym word pairs can you find in the article? Write them down.

2. Extension
Write down an interesting fact that you learnt from this news story. Then, rewrite your fact a second time, swapping as many words as you can for synonyms so that the sentence retains its meaning but is quite different to the original.