Scientists have discovered the origins of human language could be 20 million years older than previously thought.

Until now, the first signs of a language pathway* in the brain was thought by many scientists to have begun to develop more recently — about 5 million years ago — in a common ancestor of both apes and humans.

For neuroscientists*, this new find is like unearthing a fossil that explains something huge about evolutionary history.

Unlike bones, however, brains do not fossilise. Instead neuroscientists need to understand what the brains of common ancestors may have been like by studying brain scans of living primates and comparing them to modern humans. Study lead scientist Professor Chris Petkov from the Faculty of Medical Sciences, Newcastle University, UK said: “It is like finding a new fossil of a long lost ancestor. It is also exciting that there may be an older origin yet to be discovered still.”

The international teams of scientists scanned areas in the brain to do with hearing and brain pathways in humans, apes and monkeys. They discovered a section of this language pathway in the human brain that connects the auditory cortex (to do with hearing) with frontal lobe regions (important for processing speech and language). Although speech and language are unique to humans, the link via the auditory pathway in other primates suggests making sense of things heard and communication with sounds are abilities that began to evolve in our ancestors before humans existed.

“I admit we were astounded to see a similar (language) pathway hiding in plain sight within the auditory system of non-human primates,” Professor Petkov said.

The study also shows the remarkable transformation of the human language pathway over millions of years. As evolutionary time passed, the left side of this brain pathway in humans was stronger and the right side appears to have evolved to also involve non-auditory parts of the brain. 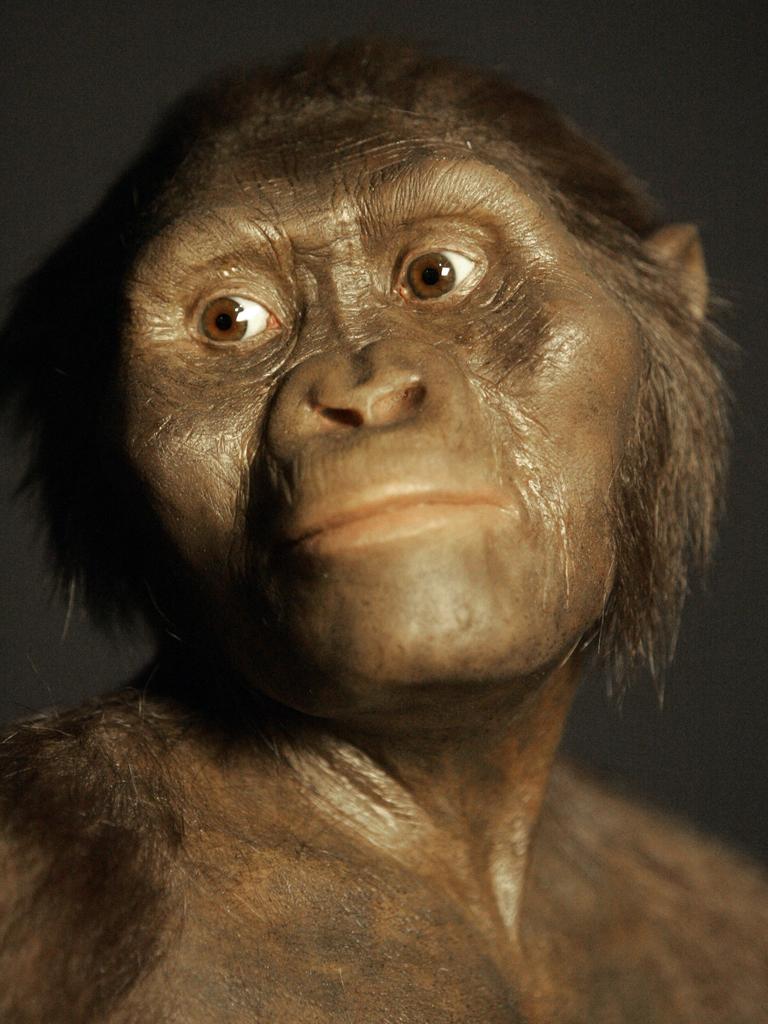 A model of the 3.2 million-year-old hominid known as Lucy. Lucy’s original fossilised remains are the oldest and most complete adult human ancestor from Africa. Picture: AP

The authors predict that the first signs of the human language pathway may be even older than they found in this study. Their work will help scientists look at animals more distantly related to humans than primates.

The results of the study by scientists in the UK, Germany and the US are published in the journal Nature Neuroscience.

‘Missing link’ between apes and humans

All you need to know about hair

What is International Mother Language Day?

CLASSROOM ACTIVITIES
1. Five W & H
There is a lot of information in this article. When you summarise, you look for the most important pieces of information and put these together into a short paragraph.

Summarise this article using 5 W & H. Who, What, Where, When, Why and How?

Draw up a table, with these words in the first column.

Read through the article carefully looking for the relevant information. In the appropriate boxes, note down, who the story is about, what it is about, where it happened, when it happened, why it is significant and how they discovered it.

Next, use the information you have collected to write a paragraph that includes these main points of the article.

2. Extension
A brain scanner sounds like a pretty awesome piece of equipment to have. If only it could read thoughts as well. If you had a brain scanner and could scan anyone’s brain to read their thoughts, whose would it be?

VCOP ACTIVITY
Wow Word Recycle
Go through the article and the glossary and pick a wow word you understand the meaning of.

See if you can use it in three different sentences and write them down.

HAVE YOUR SAY: What would you like to discover about the world millions of years ago?
No one-word answers. Use full sentences to explain your thinking. No comments will be published until approved by editors.