KFC chicken nuggets could soon be made with chicken 3D printed in a laboratory from stem cells. Picture: Thinkstock

Fast-food chicken chain KFC is creating lab-grown meat made from stem cells* to make a “meat for the future”.

The trials of 3D-printed chicken will begin in Russia as part of the company’s “restaurant of the future” concept.

And in the US, Burger King is promoting meat from cattle fed lemongrass, which the company claims cuts methane* emissions by 33 per cent. A sign outside a KFC restaurant. The fast-food chain in known for its chicken, but the 3D-printed meat won’t come from a chicken.

CHICKENLESS CHICKEN
KFC plans to use a technique known as 3D bioprinting, already used in medicine, to reproduce meat in a way the company claims cuts energy usage in half, uses 100 times less land than traditional farming, and emits* 25 times less greenhouse gas*.

“We are closely monitoring all of the latest trends and innovations* and doing our best to keep up with the times by introducing advanced technologies to our restaurant networks,” KFC Russia general manager Raisa Polyakova said.

“Crafted meat products are the next step in the development of our ‘restaurant of the future’ concept.

“Our experiment in testing 3D bioprinting technology to create chicken products can also help address several looming* global problems,” she said. “(KFC is) glad to contribute to its development and are working to make it available to thousands of people in Russia and, if possible, around the world.” Lab-grown meat. KFC says its 3D-printed chicken is in response to an increase in demand for alternatives to traditional meat.

KFC’s “restaurant of the future” concept is a response to “the growing popularity of a healthy lifestyle and nutrition, the annual increase in demand for alternatives to traditional meat and the need to develop more environmentally friendly methods of food production,” according to a company statement.

The company said bioprinted meat has the same microelements* as “the original product” (chickens, the animal) but argue it’s better.

Some might argue that the “various additives” KFC refers to here have actually only been used for around 50 to 100 years, thanks to the rise of factory farming to satisfy demand for cheap meat driven by, among others, KFC.

KFC’s Australian website said there is “no way” the company uses “artificial hormones* or steroids*”.

It said the company “demands high levels of animal welfare standards” from its local chicken suppliers, which are required to be members of the Australian Chicken Meat Federation.

The company stopped using chickens fed human antibiotics* in the US in 2017 over fears of antibiotic resistance.

It has also experimented with plant-based products in the past. Burger King is feeding beef cattle lemongrass to reduce how much methane gas they emit.

GAS-FREE BURGER
US fast-food chain Burger King has announced plans for a new “eco-friendly” beef patty to be used in its burgers.

In a statement, Burger King said the eco-friendly Whopper would be sourced from cattle fed a diet with 100g of lemongrass for the final three to four months of their lives, which the company claims cuts methane emissions by 33 per cent.

“Cattle are one of the top contributors to overall greenhouse gas emissions, so our job is to understand how we can continue to grow our business while still reducing the emissions from cattle over time,” said Burger King head of innovation and sustainability Matt Banton.

But the plan has already been labelled a load of hot air, with one US researcher describing the lemongrass approach as an “advertising agency-created whopper”.

University of California professor Frank Mitloehner told Farm Journal that while there were technologies that could reduce methane production by as much as a third “lemongrass is not one of them”.

The burger is only available at some restaurants in Miami, New York, Texas, Los Angeles and Portland in the US while stocks last. 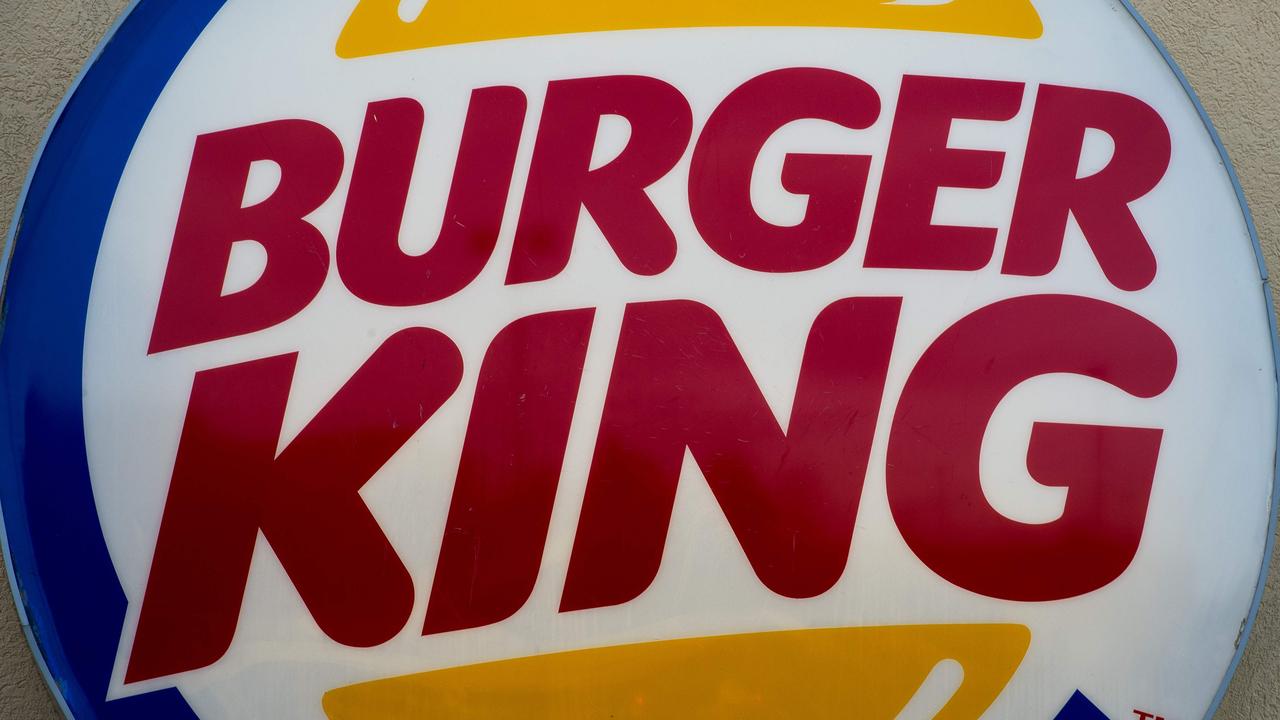 A sign at a Burger King restaurant in the US. Critics of the plan to feed cattle lemongrass have called it an “advertising agency-created whopper”, meaning they don’t think it will be useful in reducing greenhouse gas emissions. Picture: AFP

CLASSROOM ACTIVITIES
1. Meat-free meat
Work with a partner and write a list of all the pros (for) and cons (against) for using new technology to create products such as meat that are not sourced from an animal. Use all the facts in the article to get your points and add in any others that you and your partner come up with.

Work with a partner to make a list of what these global problems that the article is referring to, may be.

HAVE YOUR SAY: Would you eat 3D printed chicken?
No one-word answers. Use full sentences to explain your thinking. No comments will be published until approved by editors.