A machine called a seismograph or seismometer, which measures and records earthquake tremors.

Australia is on shaky ground, with hundreds of earthquakes every year. Just this week, there have been at least seven.

But you probably didn’t notice them and they are rarely anything to worry about, according to the government’s earthquake centre, Geoscience Australia.

“We have the most of any part of the world but ours are small,” he said.

The reason for the frequent earthquakes is that the plate we are on is moving.

“As the core* of the Earth cools the heat is pushed outwards and the energy from the heat pushes the crust around,” Mr Jaksa said.

“The plate we are on moves 7cm every year towards the north or northeast.” 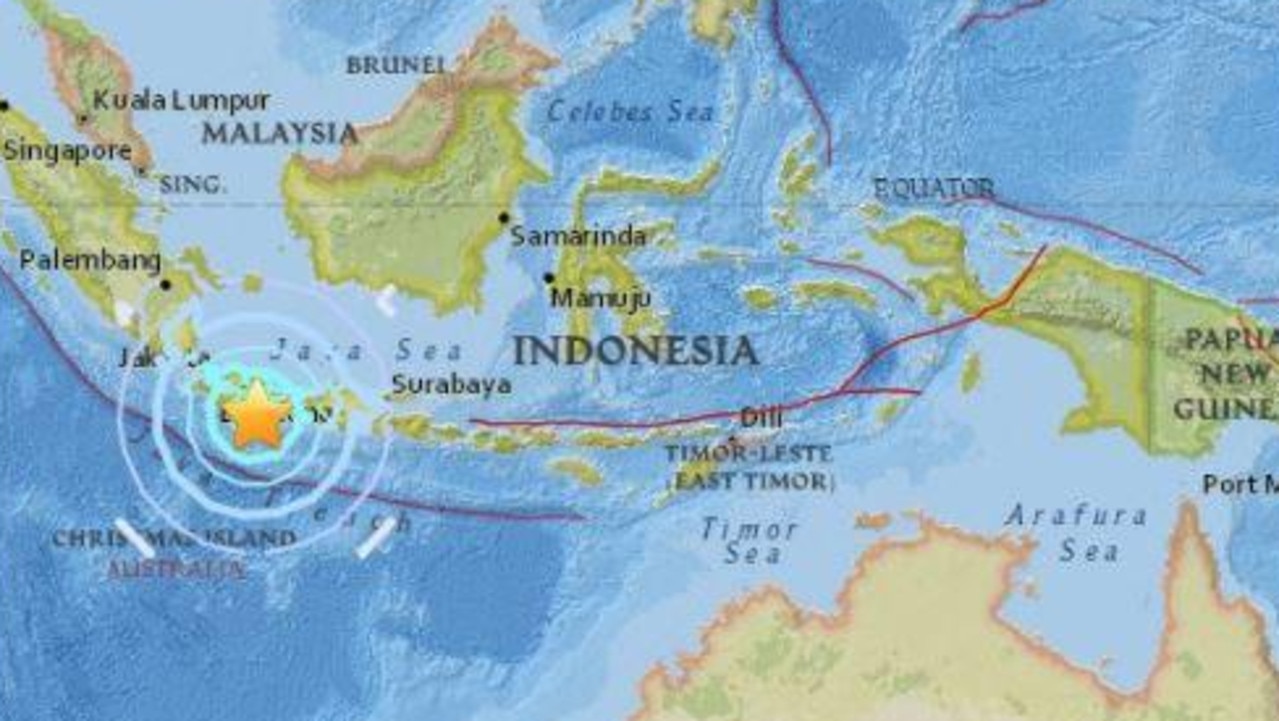 A map showing where an earthquake happened in Indonesia. Picture: supplied

Australia’s most active earthquake zone, also called a seismic zone, is in the Wheatbelt region of southern Western Australia. Another is the Flinders Ranges in South Australia.

“Have a look at the Flinders Ranges on Google Maps and you can actually see it bending and changing in all different directions,” Mr Jaksa said.

The size of an earthquake determines* how far away it can be felt.

“A magnitude 8 earthquake in Indonesia could be felt in Adelaide,” he said. 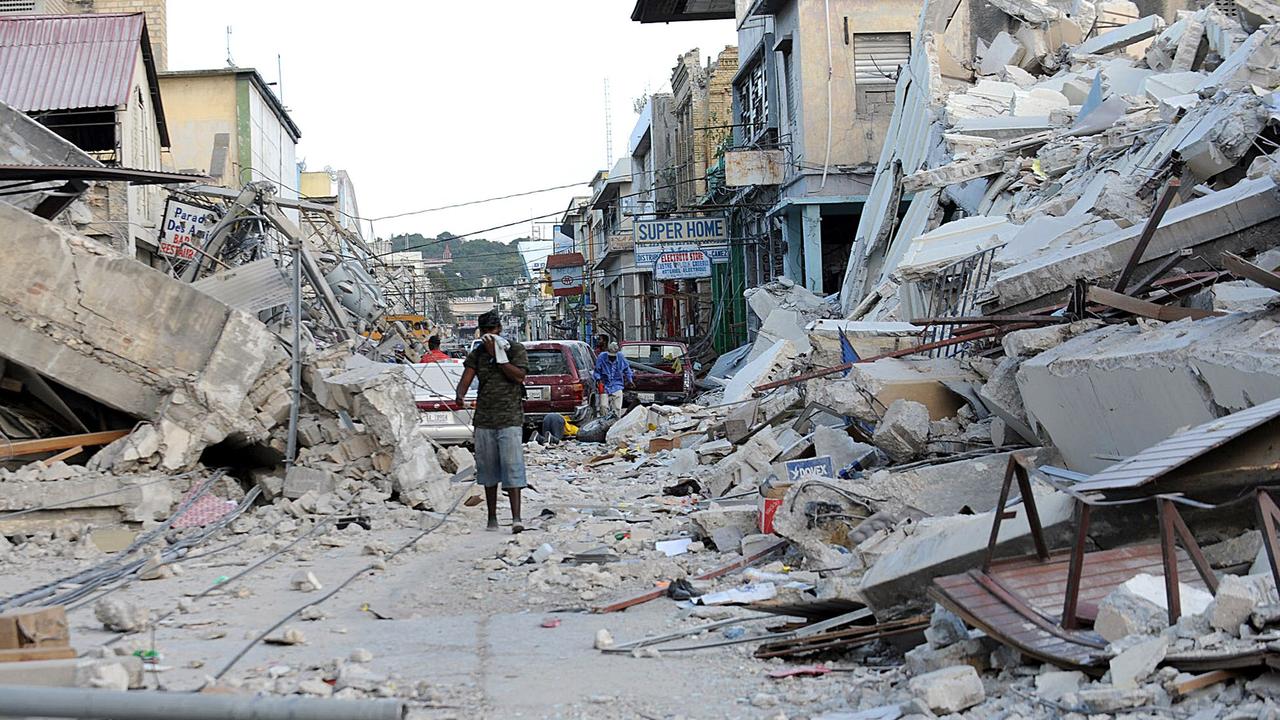 A man walks amid the rubble of destroyed buildings in Port-au-Prince following the earthquake that rocked Haiti on January 12, 2011. Picture: AFP

Timing is everything when a big earthquake strikes.

“A magnitude 6 earthquake in Western Australia in 1968 happened in the middle of the morning when most people were out and about in the fields farming. The Christchurch (New Zealand, 2011) earthquake was the same size but it happened at lunchtime when everyone was out in the streets on their lunchbreak.”

Mr Jaksa said being inside buildings is one of the safest places to be when a small or medium earthquake happens.

“The area five metres around the outside of a building is the most dangerous zone*,” he said. A map showing the impact of the 1989 Newcastle Earthquake.

The biggest recorded earthquake was 9.6 magnitude in Chile, South America, in 1960.

The biggest recorded earthquake in Australia was magnitude 6.6 in Tennant Creek, Northern Territory in 1988.

The 1989 Newcastle earthquake was magnitude 5.6 and killed 13 people.

Here’s a snapshot of just the past week in Australia:

1. How many earthquakes are there in Australia each week?

2. Where was the biggest-ever-recorded earthquake?

3. Where is Australia’s most active earthquake zone?

4. Where is the most dangerous place to be during an earthquake?

5. How big and what year was the Tennant Creek earthquake?

Create a diagram, or set of diagrams with labels that would help another student understand how and why earthquakes happen.

Extension: In the story you have read some safety tips about earthquakes. Create a storyboard or a script for a video or TV advertisement that will help people know what to do if they are in an earthquake. Include a song and a slogan so people can remember the most important points.

IN ONE SENTENCE, TELL US WHAT YOU FOUND MOST INTERESTING IN THIS STORY

Do not use one-word answers. Use lots of adjectives.