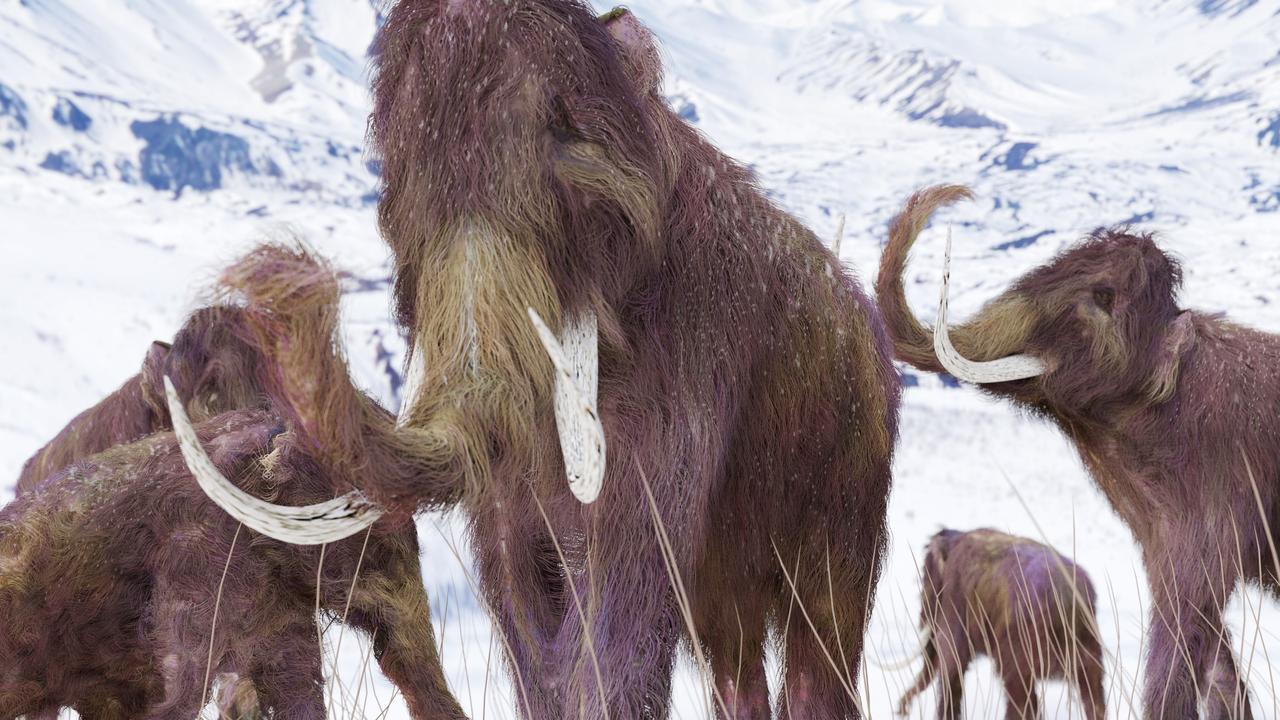 An illustration of a family of woolly mammoths grazing on grasses as winter approaches.

A team of scientists has taken an interesting step in the quest* to one day bring a woolly mammoth* back from extinction*.

Researchers in Japan have successfully encouraged “biological activity*” out of 28,000-year-old cells taken from a frozen mammoth and placed into mouse cells.

The project was carried out by a group of international scientists who took cell nuclei* from a well-preserved mammoth discovered in 2011 in frozen ground in Siberia and placed them into dozens of mouse egg cells. But the surprising result of the experiment doesn’t mean there will be a woolly mammoth walking around us any time soon, because there is still an important step scientists need to achieve — cell division*.

“I have to say we are very far from recreating a mammoth,” Kei Miyamoto, a member of the research team at Kindai University in Japan, said.

Of the cell nuclei taken from the extinct animal, five displayed the biological reactions that happen just before cell division begins. But sadly, none actually produced the all-important cell division needed for a potential rebirth of the mammoth.

Woolly mammoths became extinct more than 4000 years ago, with some scientists believing they died off from the changing climate and human hunters.

Kindai University has worked with other Japanese and Russian institutes to study and possibly clone* the mammoth and plans to study other methods to bring the prehistoric* giant back to life. Scientists have been studying the cells of the woolly mammoth.

Their research, published in Nature journal, hints at some interesting possibilities.

“Our work provides a platform to evaluate the biological activities of nuclei in extinct animal species,” researchers wrote.

The findings are encouraging to scientists and open up the possibility about the potential activation of nuclei in extinct animals.

“This suggests that, despite the years that have passed, cell activity can still happen and parts of it can be recreated,” Mr Miyamoto said.

“Until now many studies have focused on analysing fossil DNA* and not whether they still function,” he added.

Mapping the building blocks of life

Then perform your own research to find out and write down as dot points as many extra facts about woolly mammoths as you can find out in 10 minutes.

Finish by drawing a sketch of a woolly mammoth, labelling 4 distinctive features.

2. Extension
Compare and contrast woolly mammoths and elephants in a Venn diagram, providing 3 things that are similar about them and 3 ways in which they are different.

Write a persuasive letter to the team at Kindai University convincing them of which species they should be trying to bring back to life next. Make sure you include details in your arguments to back up why your species should be chosen next.

HAVE YOUR SAY: Should scientists be trying to clone a woolly mammoth and bring them back to life?
No one-word answers. Use full sentences to explain your thinking. No comments will be shown until approved by editors.