Former US President Barack Obama is a passionate believer in the importance of science and also has distinctive-looking ears. Picture: Getty

A new fossil found in South Australia’s Flinders Ranges has been named after Barack Obama. And though this celebrates the former US President’s commitment to science, the name was also partly chosen because it reminded scientists of his ears.

Obamus coronatus is a disc-shaped animal that lived about 550 million years ago.

The Obama part of the name is followed by a Latin* word meaning “crowned” for the wreathlike* shape found imprinted* on a lush* sea floor that is now a mountainous desert. 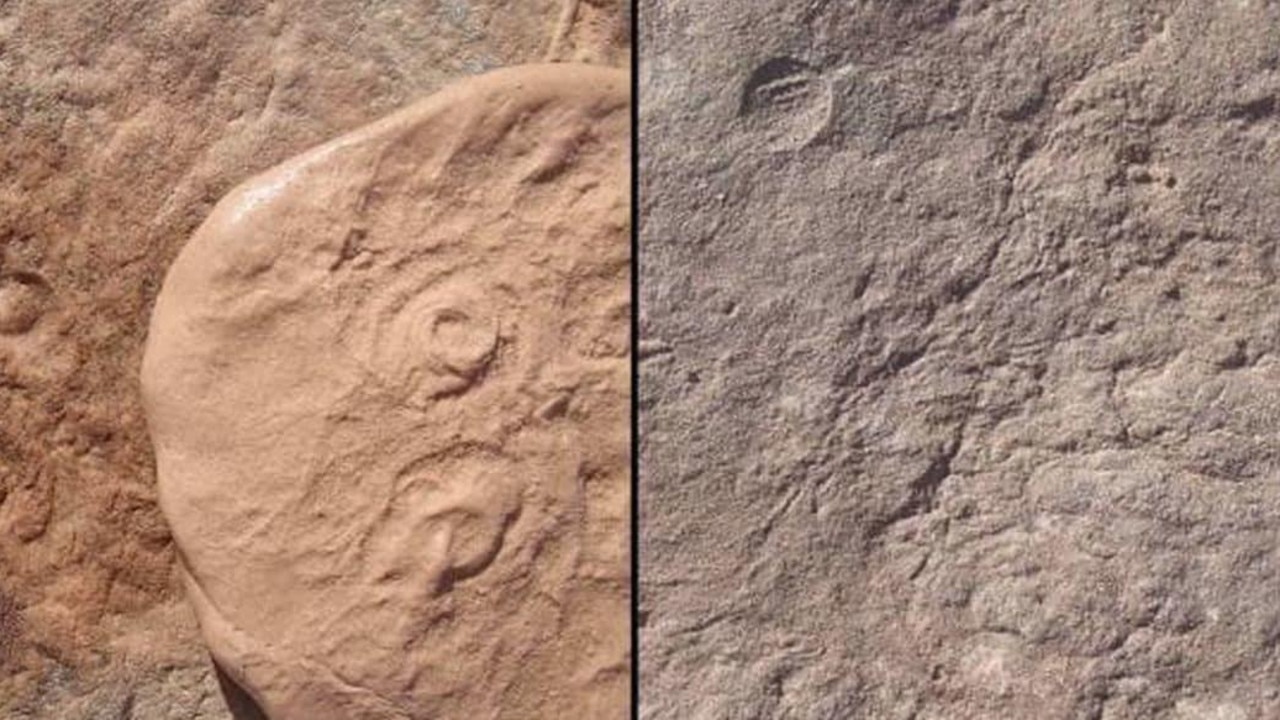 Another new animal discovered in the amazingly well-preserved fossil bed is Attenborites janeae, named in honour of the naturalist* and television host Sir David Attenborough, lead researcher Mary Droser, an Earth Sciences professor at the University of California, said yesterday.

While the names were chosen for both men’s passion for science, Professor Droser said, Obamus coronatus first reminded researchers of Mr Obama because it looks like an ear — one of the former President’s distinctive* traits*. The immobile*, soft-bodied creature was between 0.5cm and 2cm across and embedded* in a mosslike carpet on the seabed. Then-President Barack Obama and Sir David Attenborough talk about science and nature at the White House, Washington, US in 2015. Picture: supplied

Prof Droser said the findings in South Australia were a big step in better understanding the ecosystem* containing some of Earth’s earliest multicellular* organisms and will help show where and how the creatures lived in a time before predators roamed the seas.

Prof Droser and her colleagues have searched the Flinders Range north of Adelaide for 20 years and have only just discovered these new creatures, recently announcing the findings in the Australian Journal of Earth Sciences.

In 2016, scientists named a worm that feeds off turtles after Mr Obama. That same year, in a more glamorous moment, a marine biologist discovered a new kind of colourful fish, calling it Tosanoides obama. 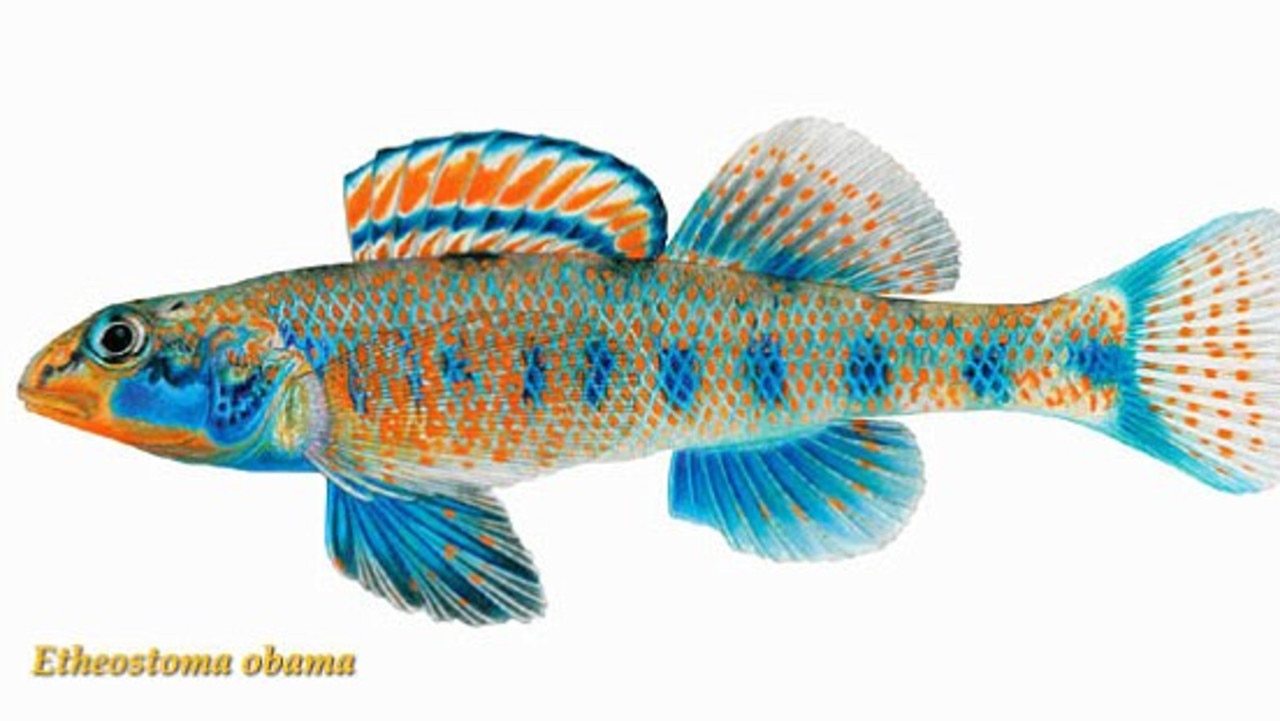 Etheostama Obama, another type of fish named after former US President Barack Obama. He has several animals named after him, including three fish. Picture: supplied

“There is nothing like (them). That’s fun. That’s really different,” she said.

Another vital person was Jane Fargher, who co-owns the property where Attenborites janeae was found and is recognised in the name along with Sir David Attenborough.

This story was originally published in the Washington Post

It’s tricky coming up with names for new species. This scientist needed help from children

Latin: an old language that is still used for scientific naming

imprinted: pressed into it

lush: thriving, with lots of plants

traits: a feature of that thing

multicellular: complex, with more than one cell

1. How long ago did Obamus coronatus live?

3. What is the fossil called named after Sir David Attenborough?

You are the curator at a museum where the fossil named after Mr Obama is about to become an exhibit. Write a short explanation that will go on the exhibit label so that visitors to the museum know what they are looking at. Make sure you include: the name of the species, who found it, where it was found, when they believe the species lived. Include any other information you believe is interesting. Draw a picture of the fossil on the label.

Extension: Barak Obama and David Attenborough had a newly discovered species named after them to acknowledge their commitment to science. Chose another scientist (present day or from history) who you feel has made a significant contribution in the world of science and think of a name a new species could be named in honour of this person.

Why did you choose this person? What impresses you about their work in, or commitment to science?

QUESTION: What would you name the Obama fossil if you had found it?