This combination of images shows two views of a virtual reconstruction of the jawbone found in Tibet that is at least 160,000 years old and belonged to a Denisovan, a relative of Neanderthals. Picture: Jean-Jacques Hublin

A fossil from an early human cousin found in the mountains of Tibet proves people adapted* to live at high altitude far earlier than we thought.

A jawbone dating from at least 160,000 years ago of a Denisovan — a now-extinct branch of humanity — is the first of its kind discovered outside of southern Siberia, and scientists believe it holds the key to understanding how some modern-day humans have evolved to tolerate* low-oxygen conditions. This is part of the jaw, which was found in 1980 in a cave in Tibet. Picture: AP

The Denisovans lived at the same time as Neanderthals. It’s possible Homo sapiens — humans — wiped out both species, though traces of the DNA of Neanderthals are still to be found in modern humans.

The Denisovans’ existence was determined through a piece of finger bone and two teeth found at the Denisova Cave in southern Siberia’s Altai Mountains in Russia and dated to about 80,000 years ago.

The new remains — discovered accidentally by a local monk nearly 30 years ago — has led researchers to conclude that there were more Denisovans and they lived much earlier in history than we thought.

“To have beings … living at 3300m on the Tibetan plateau 160,000 years ago … That’s something that no one could have imagined until today,” said Jean-Jacques Hublin, director of the Max Planck Institute’s Department of Human Evolution in Germany.

The bone, found in the Baishiya Karst Cave in Xiahe, China, was donated by the monk to a local museum. It is so old no DNA could be taken from it. The Baishiya Karst Cave above the Jiangla riverbed in the Gansu province of Tibet, which is a part of China. Buddhist prayer flags decorate the entrance. Picture: AP

Professor Hublin and his team used the latest techniques to test protein* to date one of its teeth and to link it genetically to Denisovan samples found in Siberia.

“From my point of view it’s confirmation of a working hypothesis* I’ve had for a while: Nearly all Chinese and east Asian (hominim) fossils between 350,000-50,000 years ago are probably Denisovan,” said Prof Hublin, lead author of the study published in the science journal Nature.

A recent research paper suggested that humans only reached the Tibetan plateau — a vast area of mountainous terrain* north of the Himalayas — around 40,000 years ago. 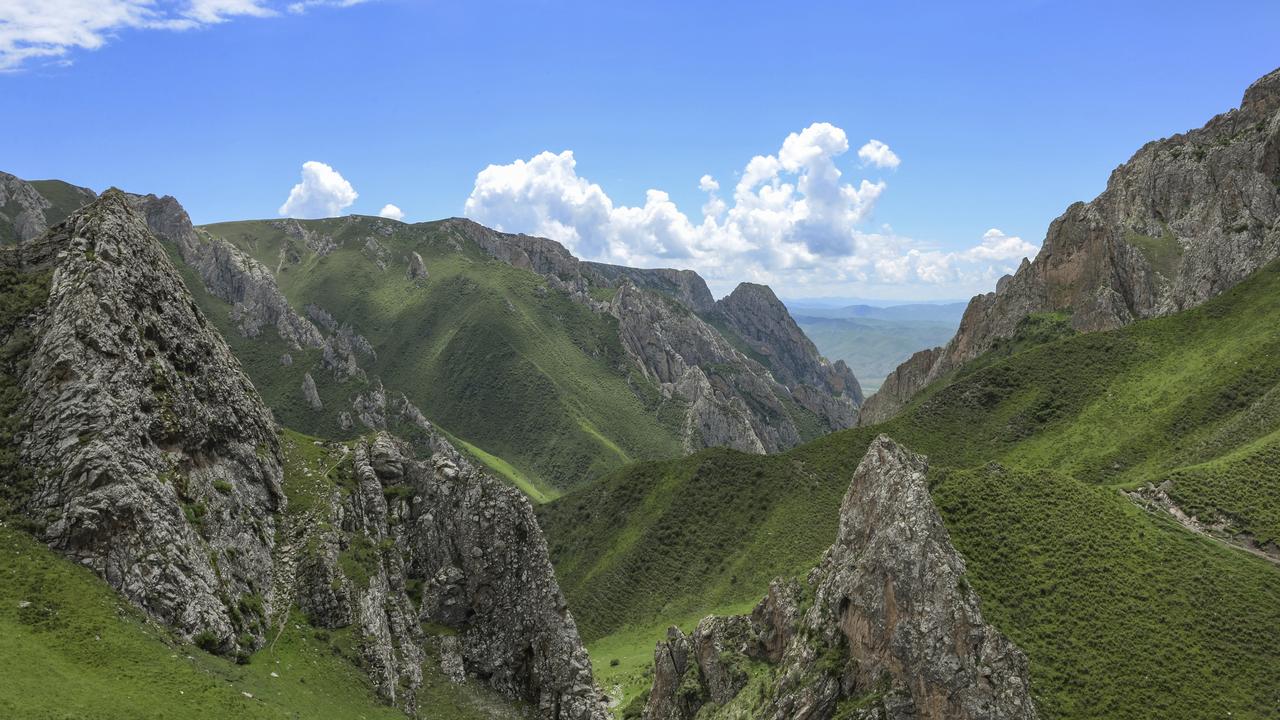 The bone was found in the Baishiya Karst Cave in Xiahe, Tibet, which is 3300m above sea level. Picture: AP

The jawbone discovery also solves a riddle that has troubled anthropologists* for years.

In 2015 researchers found that ethnic Tibetans and Han Chinese living at altitude had an unusual version of a gene* called EPAS1, which allowed them to stay healthy at high altitude and not suffer from altitude sickness. Until now, scientists haven’t been able to explain where that version of the gene came from.

ALTITUDE SICKNESS
People who are not adapted to living at high altitude can quickly become extremely sick and possibly die if they move to altitudes higher than about 2500m above sea level.

This is because there is less oxygen in the air at higher altitudes than there is down at sea level. 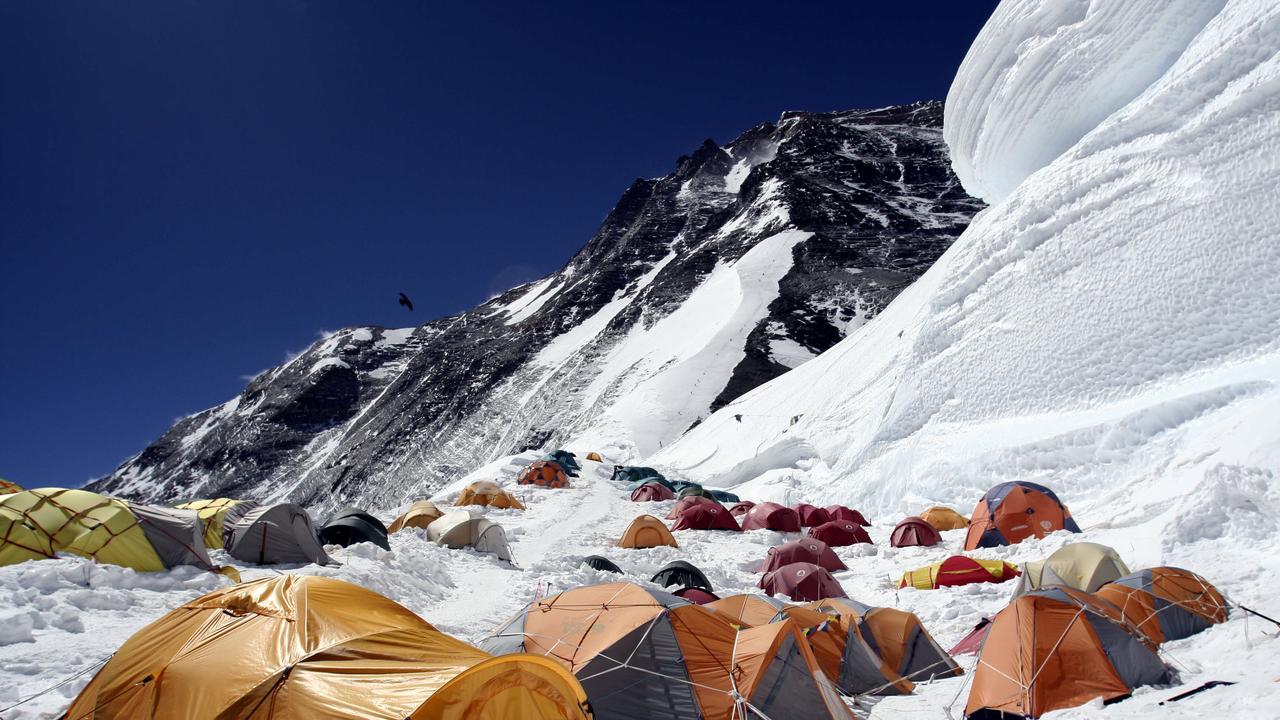 Mountaineers climb very high mountains in stages to help their bodies get used to low levels of oxygen before they climb higher. This is Everest Base Camp, one of the places climbers wait before they climb even higher.

The first symptoms of altitude sickness include dizziness, vomiting, headaches and tiredness.

When a person moves to high altitude, the body goes into an emergency state trying to carry more oxygen to make up for the shortage in the air we breathe in.

The gene called EPAS1 goes into overdrive, making haemoglobin and red blood cells, which are what carry oxygen around in the blood. This makes the blood thick and sludgy, which is dangerous to a person’s health.

SPORT AND ALTITUDE
Endurance* athletes sometimes train at higher altitudes — but not at dangerously high altitudes — for several weeks before a big competition.

The idea is that the body makes more red blood cells and haemoglobin to help it cope with less available oxygen. When the athlete goes back to lower altitudes, the normal amount of oxygen in every breath feels to the body like it’s a super dose of oxygen, which some people believe helps them perform better.

CLASSROOM ACTIVITIES
1. Jawbone challenges understandings
Finding this Denisovan jawbone has meant that researchers have had to rethink some ideas they have held and it has allowed them to draw more conclusions.

Read through the article carefully and list the ways that finding this jawbone has challenged some ideas and helped researchers gain a better understanding of human evolution.

Can we be sure that these new understandings are correct? What might cause researchers to rethink these ideas again? Write a short paragraph to answer these questions giving reasons to support your answer.

2. Extension
Palaeontology is the scientific study of fossils, which can help give us information about human evolution. Palaeontologists base their understandings on what they can determine from the fossils they have found.

Are the findings of this area of study valuable to us? Write a paragraph to answer this question giving reasons to support your opinion.

Make it easier:
Underline where you stole the punctuation from but don’t put the list at the bottom in order.

HAVE YOUR SAY: What sort of fossils would you like to study? Are you most interested in dinosaurs, early animals, humans or plants? Why?
No one-word answers. Use full sentences to explain your thinking. No comments will be published until approved by editors.