Victoria bans student phones at all government schools from 2020 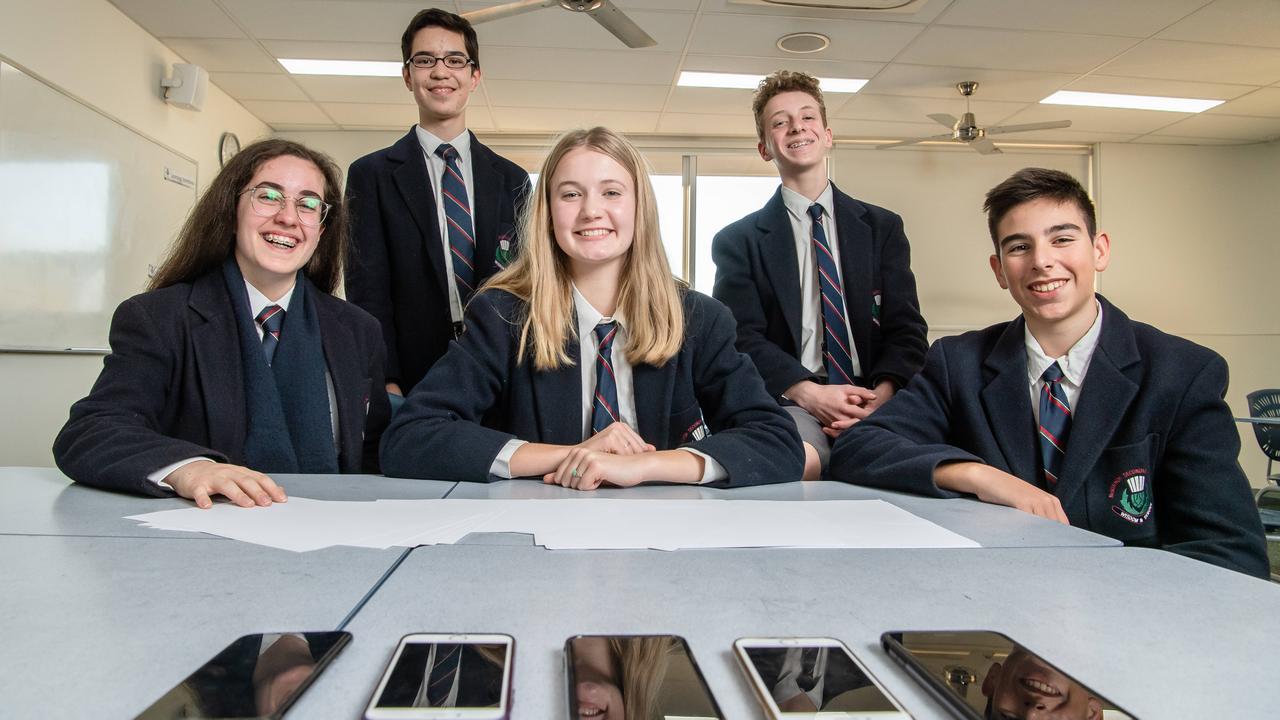 McKinnon Secondary College students Alyssa, Akira, Jordan, Ben and Kosta, who haven’t been able to use mobile phones at school since the beginning of this year. Picture: Jason Edwards

Students at Victorian government schools will be banned from using or carrying phones from next year.

The ban will begin from term one, 2020 and is an attempt to reduce distraction and cyber bullying.

Phones must be turned off and kept in students’ lockers from first to last bell each day.

In case of emergency, parents or carers can contact students by calling the school.

The only exceptions to the rules will be for phones used to monitor* health conditions or when teachers instruct students to bring their phones to class for an activity.

“This will remove a major distraction from our classrooms, so that teachers can teach, and students can learn in a more focused, positive and supported environment,” Mr Merlino said.

“Half of all young people have experienced cyber bullying. By banning mobiles we can stop it at the school gate.”

Smart watches and iPads are not included in this ban.

The Victorian government’s announcement follows a similar ban in NSW that began in term one this year for all government primary schools. NSW government secondary schools can opt in to the ban.

Psychologist Michael Carr-Gregg said students were “not going to be delighted” with the new rule.

“But they’ll get used to it over time,” he said.

McKinnon teachers were able to return to the front of the classroom to teach, instead of standing at the back to watch students weren’t distracted by devices.

And students’ excuses that they were “just checking the time” when busted with their phone were no longer valid*.

“But I think the most significant change became the heightened* noise in the yard at lunch time — it was quite astounding*,” she said.

“They struggled because they were so addicted to them — we all are,” she said.

“But it’s in their best interests.”

Teachers confiscated* students’ phones on sight, forcing pupils to collect their devices from the principals’ office after a chat with Ms Binnion.

At the beginning, a long line of students came to the office every day.

Teachers also found it was often parents who called and sent messages to their kids during school hours, with some having a “need to know where their child was at every minute of the day”.

But Ms Binnion said “every parent who didn’t love it, they’ve all come around”.

“Everyone stood with us and we’re never looking back — the children have absolutely shone,” she said.

Dr Carr-Gregg said a phone ban was “a very good idea in light of the rise in online bullying and distraction”. 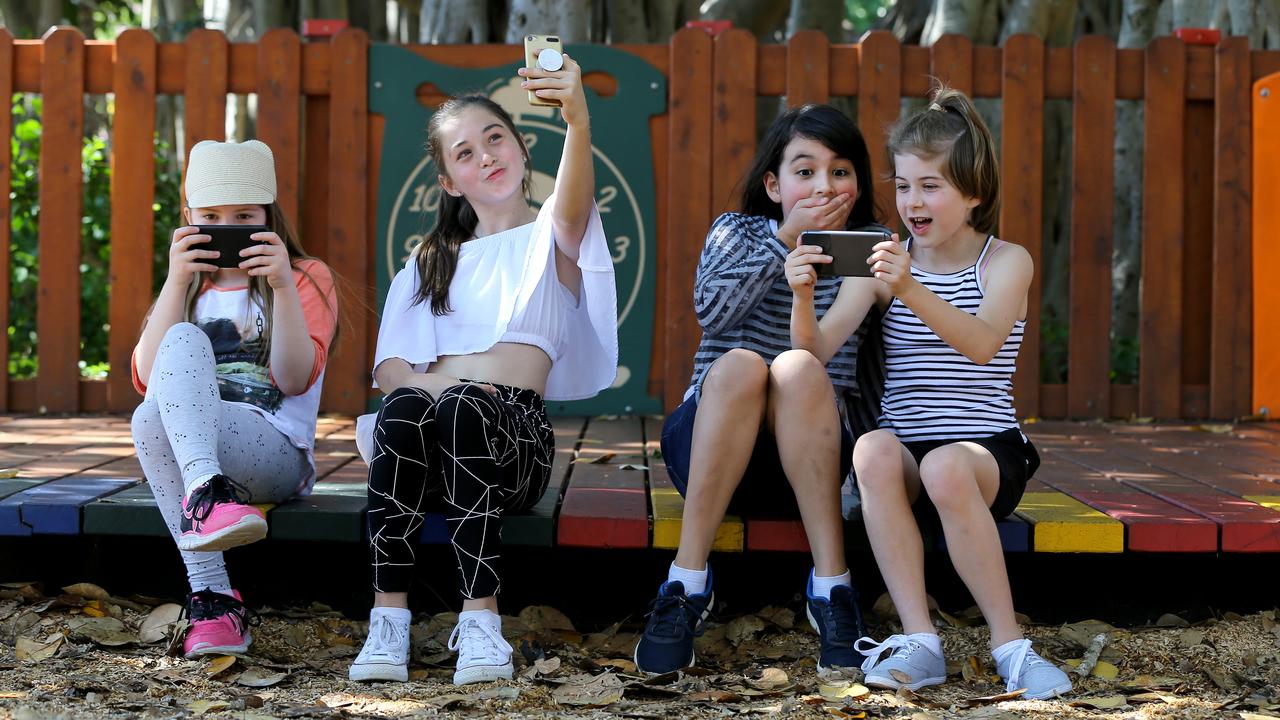 Students Lia, Ruby, Jade and Ivy playing with mobile phones while other kids play in the schoolyard. Studies show that less than two hours on social media a day is better for your mental health. Picture: AAP

Principals will work with the Victorian Department of Education and Training during term three to create resources and advice before phones are banned.

Discussions will also be held to work out where to store phones for children without a locker, particularly in primary schools.

The ban will not apply to Catholic or independent schools, though some of these schools have already introduced their own ban.

The statewide ban in government schools will be a first for Australia and will be reviewed at the end of 2020.

The federal* education minister, Dan Tehan, has been pushing all states and territories to introduce a ban.

Get off that screen for just one day

CLASSROOM ACTIVITIES
1. Spread the word
Write an article for your school newsletter about the mobile phone ban. Your article should include information about the ban for students and parents. Remember that some people might not know why there is a ban, so include information about that, too. Remember to include a headline that will grab people’s attention and a picture or drawing.
Time: allow 30 minutes to complete this activity
Curriculum Links: English, Health and Physical Education, Personal and Social Capability

2. Extension
Do you think that banning phones at school will stop online bullying? Write paragraphs explaining your opinion on this question. Don’t forget to include examples to make your writing convincing. You could also include other suggestions that might help stop online bullying.

VCOP ACTIVITY
I agree to disagree
Write a list of arguments for or against the topic of banning mobile phones during school times. Try to consider others involved, not just the students. Who has the stronger case? Write a persuasive piece using 3 of your strongest arguments.

Don’t forget your VCOP to convince the audience

HAVE YOUR SAY: Do you agree with this ban? Why or why not? Do students use phones at your school? If so, how would your school day be different if no one had a phone?
No one-word answers. Use full sentences to explain your thinking. No comments will be published until approved by editors.