Crouzon syndrome made Jenny Woolsey and her children the targets of bullies. This is her story 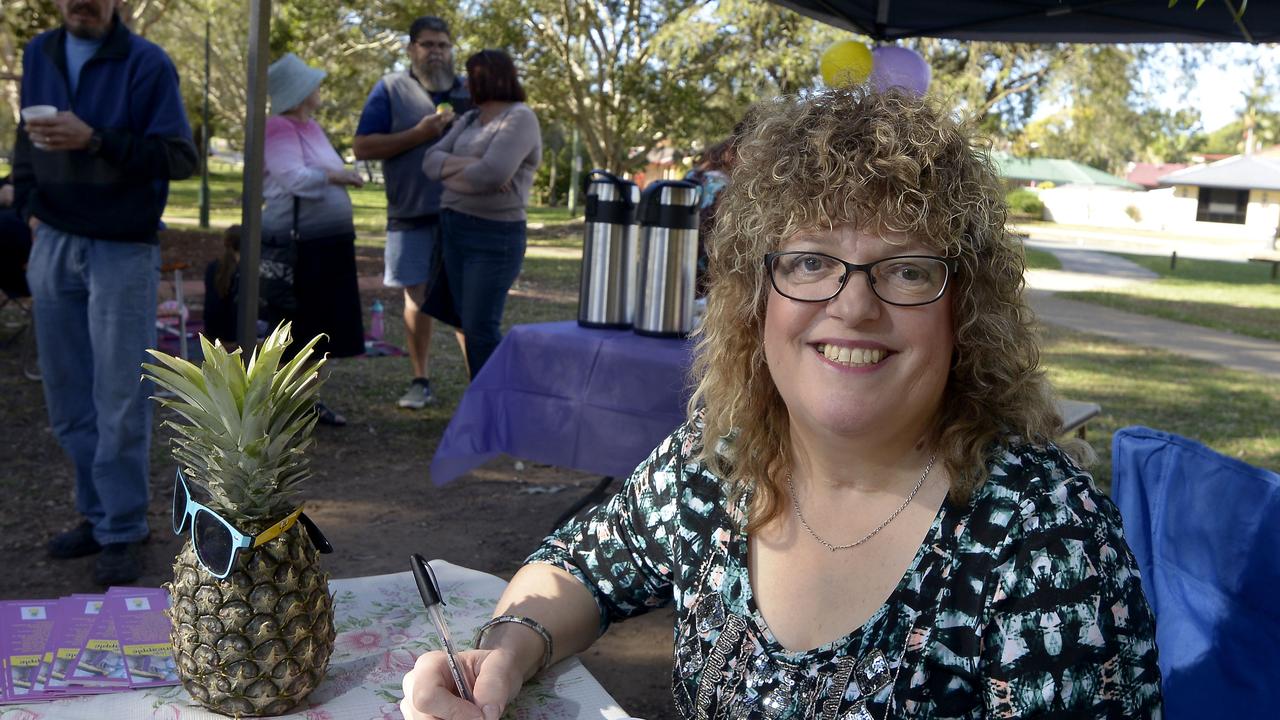 Crouzon syndrome sufferer Jenny Woolsey understands what it's like to be bullied as a child. Picture: Bradley Cooper

Brisbane mum Jenny Woolsey had a childhood filled with teasing and taunting* because she looked different.

Two of her children, Melissa, 17, and Nick, 14, share the same genetic condition, Crouzon syndrome, which can cause abnormalities* in facial features, including a beaked nose, bulging eyes and wide skull because the bones in the face and skull stop growing too early.

Jenny is a teacher, chaplain* and youth worker and has written four books, the first a book for young teenagers about skating and Crouzon syndrome called Ride High Pineapple.

THIS IS JENNY’S STORY:

My first memory of being different was when I was only three, walking down the main street. Someone stared right at me, so I turned and stared right back. At school I was called googly eyes, that was the main taunt of the day, or sometimes froggy eyes.

I had good friends and they’d stick up for me … that’s what saved me. If I didn’t have friends, my life would’ve been hell. 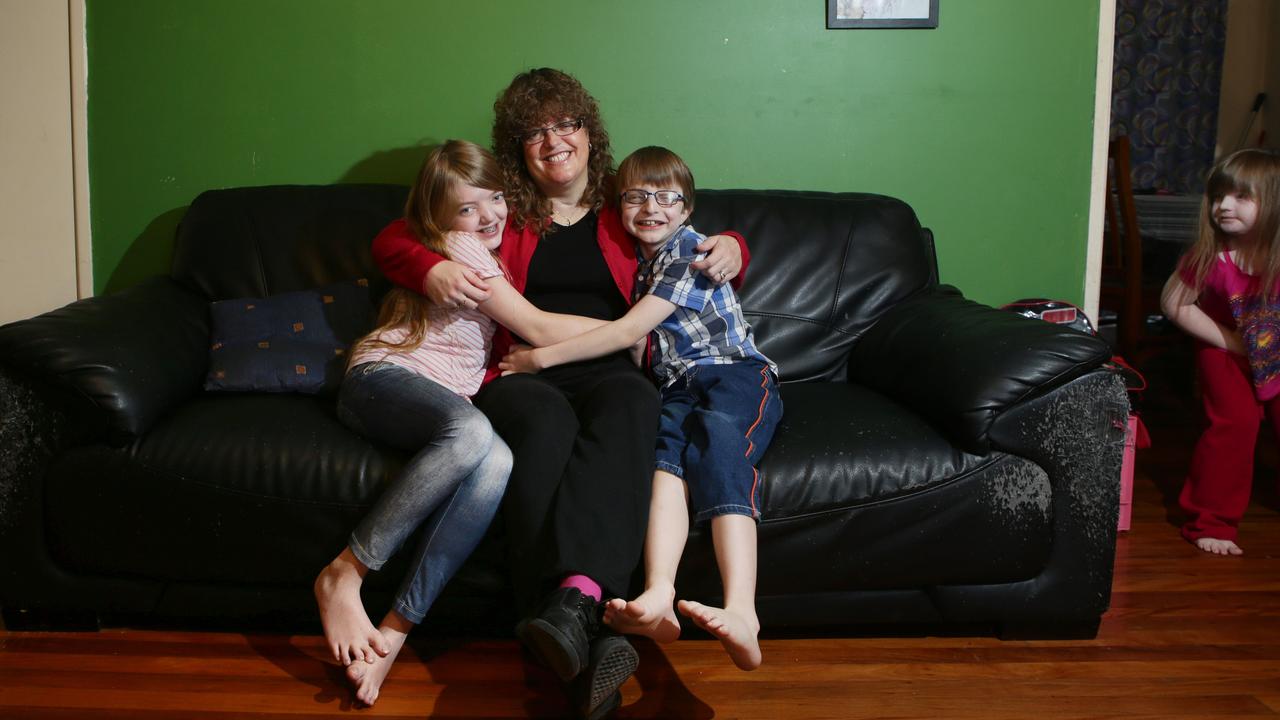 Jenny Woolsey with her children Melissa, when she was 12, and Nick, when he was 9, who have Crouzon syndrome. Jessica, who has Down syndrome, is at the side of the photo.

Back then, bullying was accepted in schools, nothing was done about it. My brothers, who didn’t have Crouzons, came home from school with bruises, they’d fight to protect me. I’d come home with skin off me, from being shoved over.

When I was really young, an X-ray showed my brain was being crushed by my skull, so I had a couple of operations. At nine, I had a major facial rebuild, my eyebrows are made from my hip bones, and my eye sockets were built up with my rib bones. I’m also blind in one eye.

I had another full-face operation at 18. It was horrific, I couldn’t open my eyes, my jaws were wired together, but I was sick of being stared at, sick of being called names.

I was still swollen after surgery and walked down the Queen Street Mall. No-one stared, or laughed, or called me names. I wanted to scream and sing and shout out, finally, finally, I knew what it was like to look and feel normal. 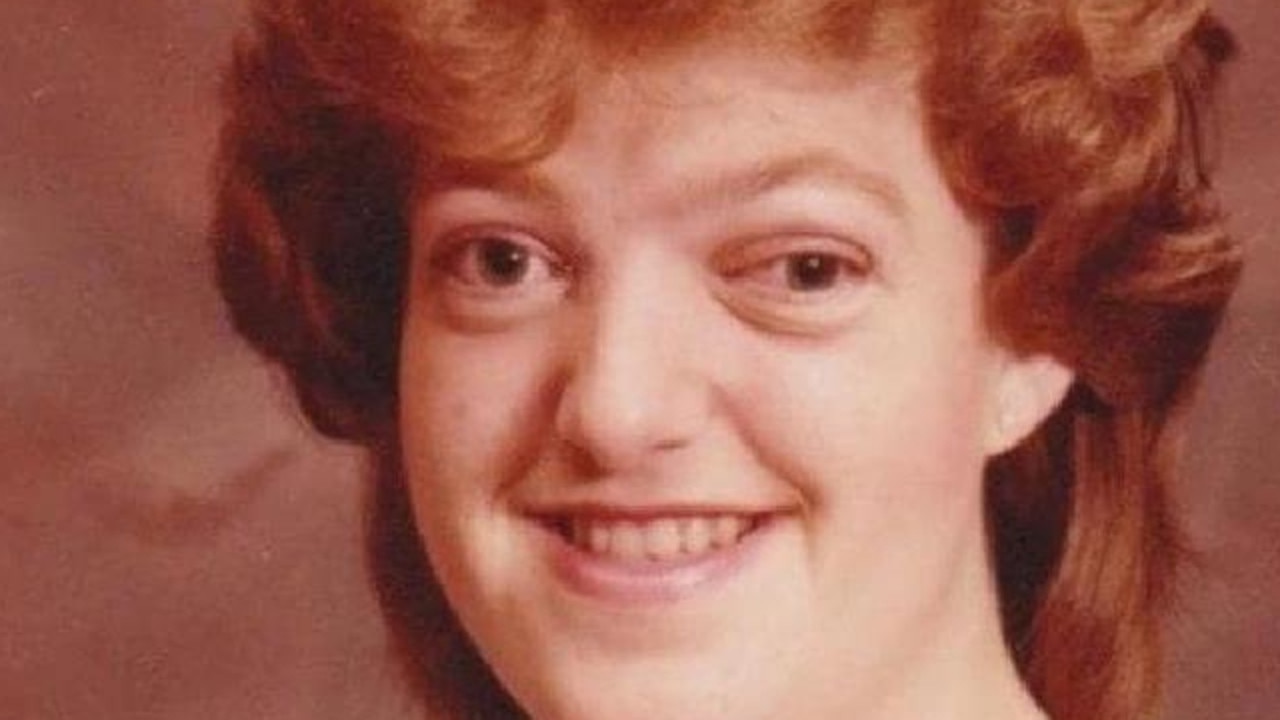 Jenny when she was 18 years old.

When I was born, my nanna was told I shouldn’t be out in the world because I was different, no-one should have to see me. My parents fought those prejudices* at the time, just like I’m trying to empower my own children to deal with prejudice.

Like me, the kids have suffered taunts and the cruelty of others. Society has a preoccupation* with looks, and that doesn’t help those who look different. Being out and about with my kids when they were little, was like reliving my childhood, people would stop and stare and point.

I’d reassure the kids, and I taught them what to say, that they have small bones in their faces and they were born that way. Melissa struggled with friendships — she found it harder than Nick. Jenny Woolsey with her son Nick, when he was 12. Picture: Bradley Cooper

Melissa’s had 14 operations and Nick’s had 10. They’ve both had lots of issues to deal with.

It’s been a tough journey for all of us. I always felt I had to achieve more, to prove I was more than a face, a lot of people thought I was intellectually* impaired* because I didn’t look normal.

My husband Joe has been my rock, we’ve been together for 19 years. Joe said to me when we were discussing having children, “You’ve achieved great things, who is to say they won’t?”

(Before she was born) we didn’t know Jessica, who is now 11, had Down syndrome.

In the scans, she didn’t have any of the general characteristics, so they ruled it out. But, she did have wide-set eyes, so we went into her birth thinking she might have mild Crouzons or nothing at all.

After Jess’s birth, I had prejudices I didn’t even know I had. I (used to) say Crouzons is better than Down syndrome. And then I had a baby with Down syndrome! But I soon snapped out of it. I feel blessed to have my three kids and my husband. 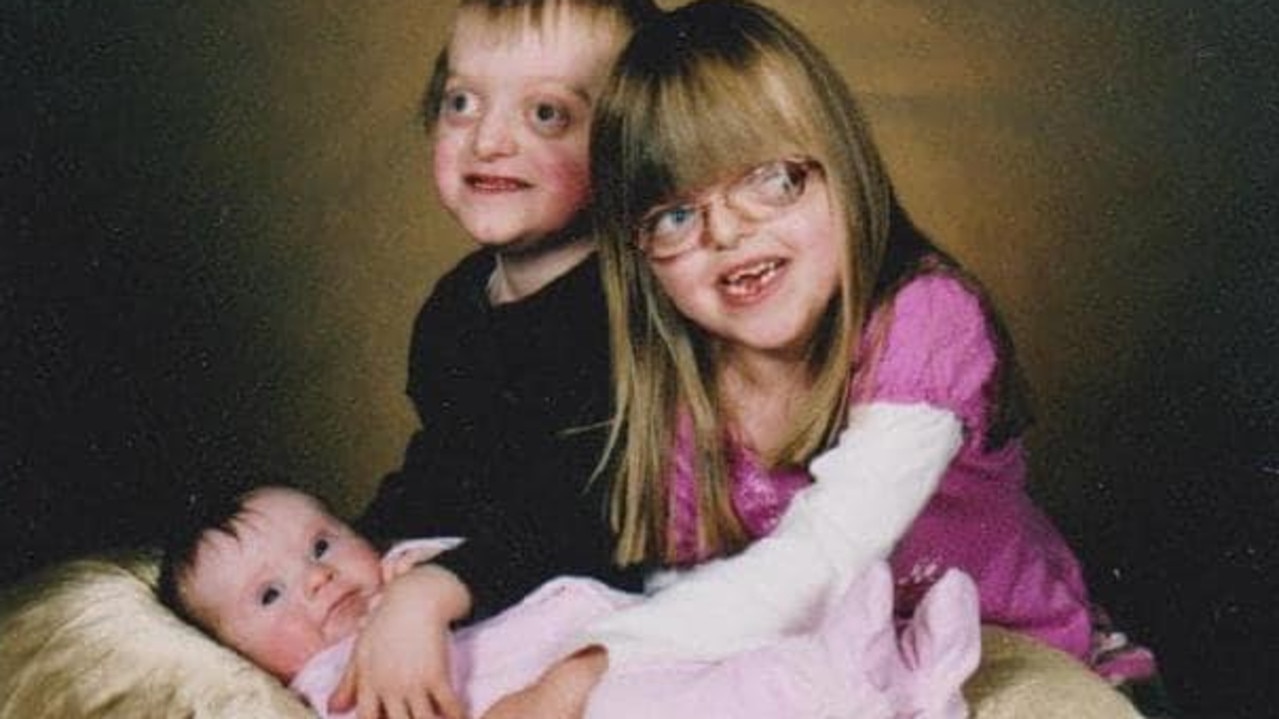 The three Woolsey children Nick, Melissa and Jess, when Jess was a baby.

They mean everything to me, Melissa is in Year 12, she’d like to be in film and TV behind the scenes. Nick is quiet, gentle, and is very creative — he likes art and drawing. Jessica wants to be in front of the camera, she’d love to act — we are a pretty creative bunch.

I wish people wouldn’t judge others on how they look. My friends tell me I’m an inspiration*, but I’m just living my life with my family, and loving it!

Jenny says that she would love a world that didn’t judge or exclude people for how they looked, one that was fully inclusive.

Draw up a ‘Y’ chart (page separated into three by drawing a large capital Y on the page). Use the following labels, one for each section:

What do you think a fully inclusive world would be like? Write down how it would look, sound and feel in the appropriate sections.

2. Extension: Growing up, Jenny Woolsey and her children have been the victims of some very hurtful behaviour. Crouzon syndrome caused some physical differences in their growth and development that made them the target of a lot of teasing and taunting.

Note down the ways in which we are all “more than a face”.

Use these ideas to help you write a poem or song entitled “More than a face”. Your poem or song does not need to be long but should carry the message that we are not defined by our looks and abilities.

When you have finished your poem, rehearse it and perform it to your class.

HAVE YOUR SAY: How did this story make you feel? Have you ever been in a situation you’re proud of where you have stood up for someone who is being teased?
Explain your answers and thoughts about this story in full sentences.