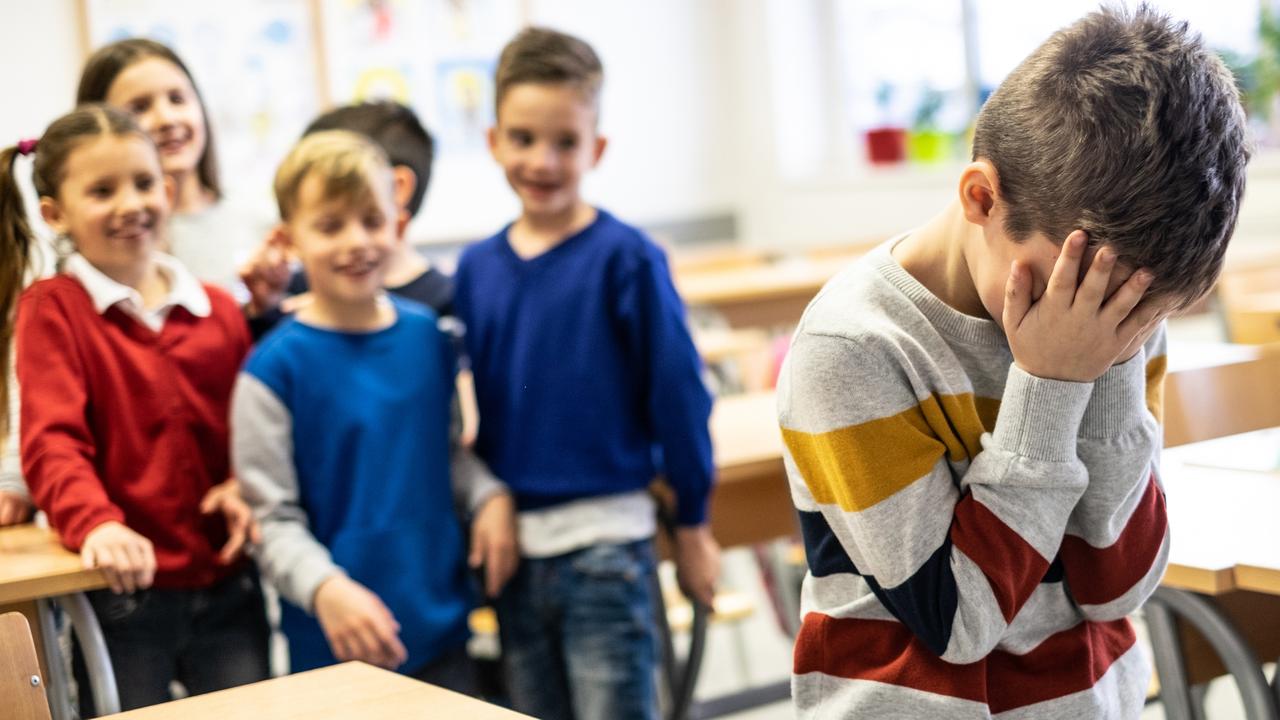 Are you a bystander to bullying? Picture: iStock

You might not have been a victim of bullying, but chances are you’ve seen it happen to one of your classmates.

Maybe you walked away or watched on, unsure what to do when a bully hurled* hurtful comments or pushed around their victim. Maybe you clapped, laughed or even captured the scene on your mobile phone.

While you were not the one doing the bullying, experts say bystanders make a choice to be part of the problem or part of the solution.

The first step is recognising bullying when you see it.

“Bullying is when someone hurts or harms another person and they do it again and again, on purpose, and the person who is being hurt feels like they can’t stop it from happening,” explained Jessie Mitchell, senior adviser on bullying with the Alannah and Madeline Foundation.

“Bullying can be physical, such as hitting or kicking; it can be verbal*, such as repeatedly teasing someone in a nasty way; it can happen online, such as posting hurtful material about another student; or it can be social, which might include deliberately leaving another student out of things or encouraging other students not to be friends with that child.”

Laughing or encouraging a bully, watching or even walking away without doing anything can all give a bully more power.

The best option is to be a “supportive bystander” either at the time of the bullying or after.

“There’s evidence that shows that in the majority of cases bullying often stops quite quickly, even in minutes, when someone does step up,” Mr de Silva said.

But he said it was important for bystanders to know they could take action after the bullying if they did not feel safe or comfortable to act at the time.

“Maybe intervening in the moment didn’t feel right, but the other option is taking steps after the fact when it does feel safe,” he said.

“I’d really encourage people to think about the options and know there’s a really important impact you can have. It can sometimes happen in the moment, but it can also happen outside of that moment.”

Ms Mitchell agreed and said a bystander’s own safety, as well as what’s best for the person being bullied, should be weighed up before taking action.

“Some of the options you have as a bystander include sitting or standing with the person being bullied so they are not having the situation alone.

“You might check in with them afterwards, ask how they’re doing and make it clear that you don’t think the bullying was OK.

“You might offer to help them report if they want to and you can invite them to join in something fun with your friendship group so they’re not left by themselves.” One options is to check in with someone and make it clear you don’t think the bullying was OK. Picture: iStock

Ms Mitchell said a bystander who had a good relationship with a bully might feel safe to challenge them about their behaviour.

“You might ask them to explain themselves: ‘why are you doing this?’, ‘why do you think it’s funny?’ and ‘how would you feel if someone did that to you?’

“You might make clear to them that you find their behaviour offensive or upsetting.

“And if you’ve got a good relationship with that person you might try appealing to your shared history or their best image of themselves by saying something like ‘I’ve always thought of you as a decent person, so I really don’t want to see you acting like this’ or ‘You’ve always been a friend to me, I’d like to think you’d be good to other people as well’.”

Ms Mitchell said reacting to a bully with aggression was not the way to go.

“It’s really important to model the calm and respectful behaviour we want other people to do, so reacting to bullying by becoming aggressive* yourself is not a great idea,” she said. If you were a bystander to bullying, maybe you clapped, laughed or even captured the scene on your mobile phone. Experts say bystanders make a choice to be part of the problem or part of the solution. Picture: iStock

HOW A BYSTANDER CAN HELP STOP A BULLY

CLASSROOM ACTIVITIES
1. Make a Poster
Design a poster that could be used at your school. The purpose of your poster is to help other kids at your school to know what bullying is and what to do if they see it happening.

2. Extension
Create an action plan for your school that will help to stop bullying behaviour. Your plan should include ways of helping kids who are being bullies to learn how they can try better ways of behaving.

HAVE YOUR SAY: Describe a time when you saw bullying. What did you do?
No one-word answers. Use full sentences to explain your thinking. No comments will be published until approved by editors.