In about 70 years, humans have made 8.3 billion tonnes of plastic. A massive 6.2 billion tonnes of that plastic is now waste, according to a 2017 report by scientists at the University of California and published in the journal Science Advances.

Each year, the world is making another 300 million tonnes of plastic. About half of that is used once and thrown away. 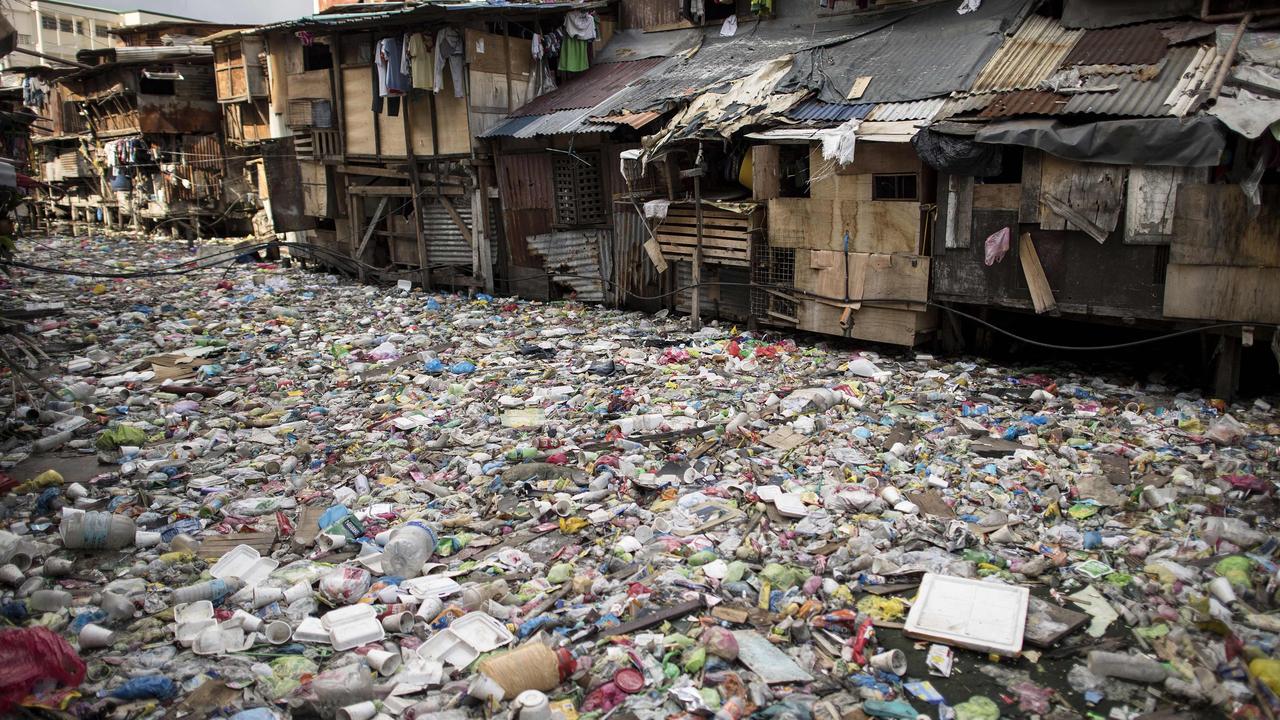 A garbage-filled creek in Manila. About eight million tonnes of plastic waste are dumped into the world’s oceans every year – the equivalent of one garbage truck of plastic being tipped into the sea every minute. Picture: AFP

And plastic is just the start of it. We’ve also produced a long list of toxic* gases, liquids and solids other than plastic in the past 100 years or so, turning what was a clean planet into an increasingly dirty one.

Australia is just as good — or bad, depending on how you look at it — at producing and cleaning up waste as most other developed countries. The government’s National Waste Report 2016 found that for the year July 2014 to June 2015 Australia made 64 million tonnes of waste, which is about 2.7 tonnes for each person. About 60 per cent of that was recycled. That leaves 1.62 tonnes — that’s the weight of 1620 litres of milk or water — not recycled for each person in Australia in just one year. They’re all massive numbers. They help us understand that we are making a lot of waste all around the world and we’re not cleaning it all up.

WHY TALK ABOUT WASTE?

It’s important to ask and understand whether all that waste is a problem. Does it really matter?

To help you decide, it’s helpful to think about how the natural world works.

Scientists believe the Earth is just over 4.5 billion years old. For almost all that 4.5 billion or so years of Earth, there was no such thing as waste. It’s something we’ve just begun to make, in the past 100 or 200 years.

In the natural world, living things — plants, animals, insects, bacteria, fungi* — work together in a system. Scientists called it an ecosystem. The Earth is one big ecosystem and there are little ecosystems, like communities or villages in nature, all around the world.

Each of these ecosystems, when they’re working properly, is what is called a closed loop. That means it is self-sustaining. It can go on and on forever and ever without needing anyone or anything to do anything to keep it going, feed it, fix it or clean it up. Yes, a healthy ecosystem is self cleaning!

Imagine a beautiful forest, such as a rainforest. A healthy rainforest is a good example of a functioning* ecosystem, which is a closed loop. It’s a perfect community where everyone and everything works together. Importantly, there’s no waste. 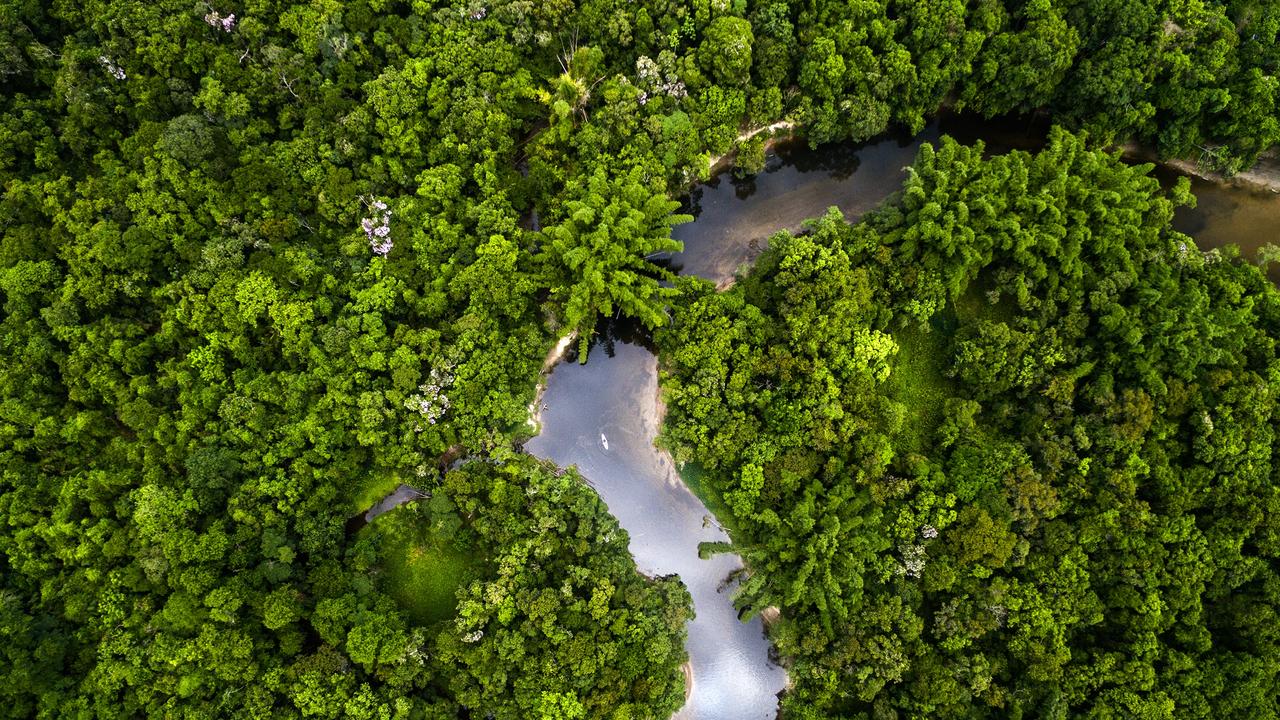 In a rainforest, energy comes into the forest as warm sun that shines on the tallest branches of the tallest trees. These trees love sun. Their roots are way down under the ground, shaded by their own branches and leaves, as well as by many shorter plants, so that the ground stays damp for a long time after rain.

In the shade of the big trees, smaller plants, lichens*, mosses and fungi thrive in the damp shade and are protected from hot sun. When their leaves fall or they die, they become mulch to help nourish the soil so other plants can grow.

In the rainforest, there are many insects and animals in a complex food web. Some eat plants, some eat other insects and animals. Their waste — manure — helps fertilise the soil and all the plants, mosses, lichen and fungi there. And when an insect or an animal dies, their body gradually breaks down and helps feed the soil and plants, too. Celeste Falls, with their sky-blue water, in the rainforest of Costa Rica.

It’s an endless cycle or loop of warmth from the sun and water from rain feeding plants, which feed animals, which feed the soil and plants again. There’s no waste and everything is in balance.

Thousands and even hundreds of years ago, humans were pretty good at living in balance with nature, too. They looked after the land, plants and animals and only took what they needed. Everything they used went back into the environment after they had used it, to decompose* and become part of the energy loop again.

Indigenous communities, such as Aboriginal Australians until white settlement and even today in isolated places such as the New Guinea highlands and the Amazon rainforest, live in nature in harmony. They have no need for electricity, petrol, plastics or chemicals.

VIDEO: Very few people in the world now live a completely traditional life in nature. There are still a few tribes in the Amazon rainforest

Modern humans, however, have decided they need much more to live than they can sustainably* borrow from nature. So we mine the Earth and cut down forests for resources to make lots of cars, petrol, mobile phones, plastic toys, synthetic clothes, building materials and all the other millions of things we use in modern life. 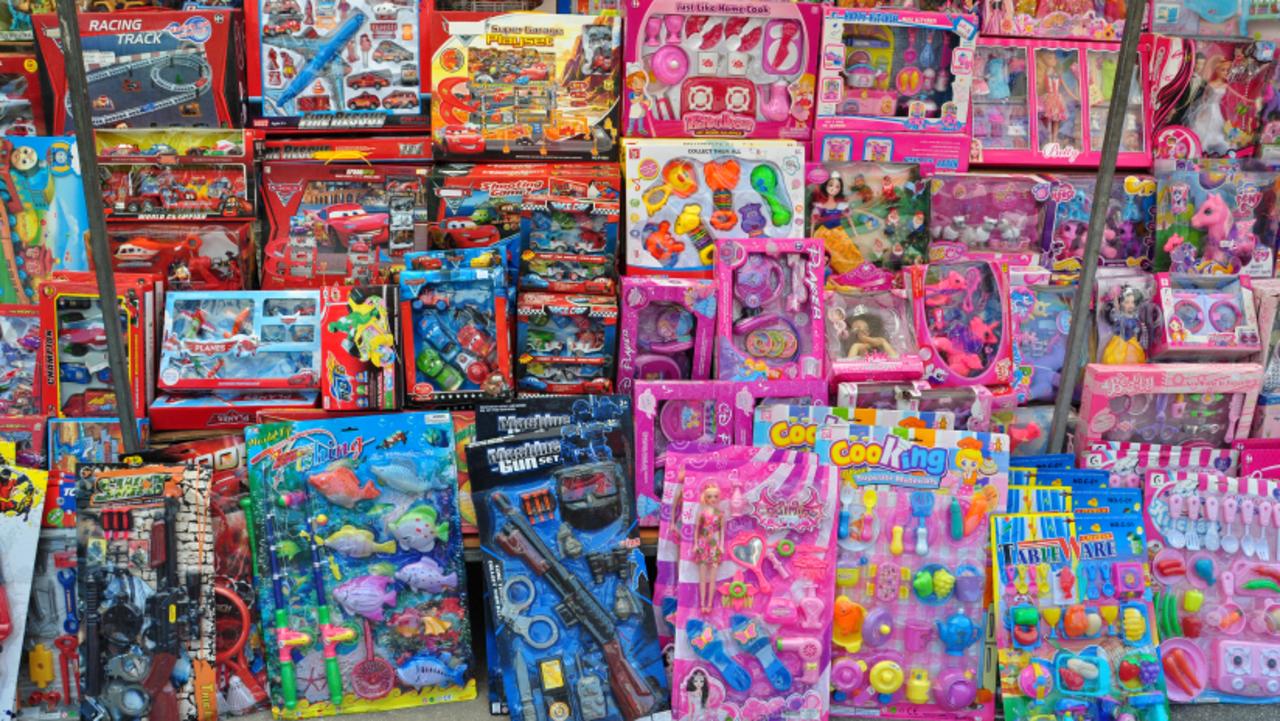 Plastic toys that are thrown away when children stop using them are part of the problem.

The way we live needs much more energy than the sun can provide us with and we need much more water than we can gather from the rain that falls where we live. It’s a hungry cycle that needs energy constantly fed into it.

Modern humans’ energy loop isn’t just hungry for resources, it’s leaky, too. Making and using all these things pollutes the environment. We mine coal and then burn it to make electricity, for instance, which pollutes the air. Steam rises from the cooling towers of the Jaenschwalde coal-fired power plant near Griessen in Germany. Picture: Getty Images

Even those things that do break down, such as food, become pollutants* when there is far too much for the natural world to absorb. We have huge landfill* sites full of food and other waste, upsetting the delicate balance of nature, releasing an oversupply of gases into the air and flooding the soil and waterways with an oversupply of nutrients and a toxic combination of nasty substances leaking into the soil (called leachates). Indians carry bags with usable items after collecting them from a garbage dump at the Bhalswa landfill site in New Delhi. Picture: AFP

Even 70 years ago, in 1950, when we started making and throwing away plastic, we didn’t notice so much. The world’s population was only 2.5 billion and we could put our rubbish somewhere out of sight.

The world population in late 2018 is about 7.7 billion and it’s becoming pretty obvious almost everywhere you travel in the world that we’ve been dumping a lot of rubbish. Our natural environments, including our oceans and rivers, are becoming clogged with waste. This is very unhealthy for wildlife. When animals get sick and die, their ecosystem is out of balance and everything else in that ecosystem is impacted. A swan that created a nest out of plastic and rubbish collected along Melbourne’s Yarra River. Picture: Alex Coppel

Think back to the rainforest example for how nature works best. Though it’s not possible for everyone in the world to give up modern life and live a traditional life in a forest, there’s plenty more we can all do to reduce our impact on Earth: use less and recycle more.

For lots of great ideas on how to put this simple idea into practice, be sure to check out the other recycling features (Parts 2 to 7) in the Kids News Recycling series. A Huli tribe that lives in the forests of Papua New Guinea.

Part Three: How do we recycle?

lichens: living thing that is both fungi and algae

sustainably: in a way that can be maintained for a long time without running out of resources

Department of the Environment and Energy Australian National Waste Report 2016, which you can see at https://bit.ly/2g14S9F