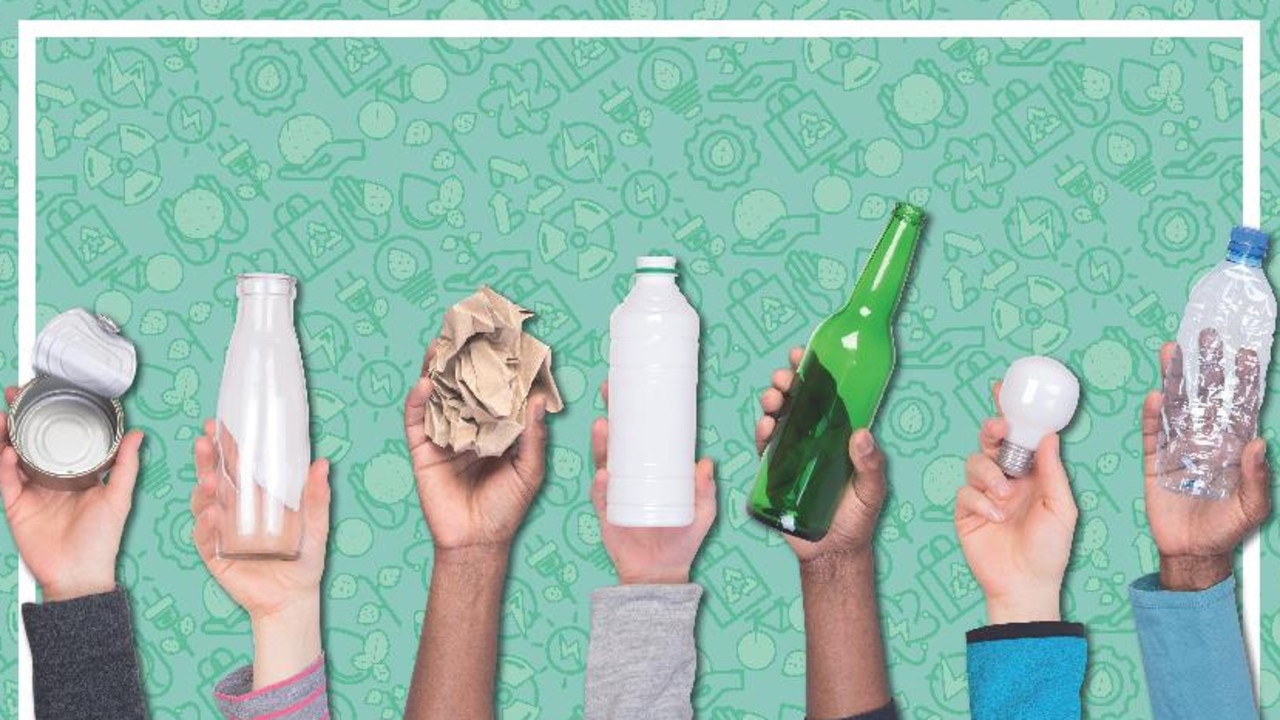 Australia needs creators, explorers and thinkers to save its future.

We need people to explore space, the deepest oceans, the possibilities of cures for diseases and ways to care for our world, including new ideas for recycling.

We need new and better ways to deal with waste. We need groundbreaking* scientific inventions, ideas that make or save money rather than cost more and solutions that make it easier for everyone to recycle than to toss their things into landfill* or the ocean.

The good news is there’s no shortage of ideas, but we can always use many, many more.
Here are a few reasons to be optimistic about the future:

EATING UP THE WASTE

Scientists in the UK and the US have engineered a plastic-eating enzyme* that could in future help in the fight against pollution.

The enzyme is able to digest* polyethylene terephthalate, or PET — a form of plastic used in millions of tonnes of plastic bottles. PET plastics can last for hundreds of years in the environment.

Researchers from University of Portsmouth in the UK and the US Department of Energy’s National Renewable Energy Laboratory made the discovery almost accidentally while studying the structure of a natural enzyme thought to have evolved* in a waste recycling centre in Japan. Scientists have found new ways to break down plastic in their labs. Picture: iStock

Finding that this enzyme was helping a bacteria to break down, or digest, PET plastic, the researchers decided to “tweak” its structure by adding some amino acids, said John McGeehan, a professor at Portsmouth who was one of the study’s leaders.

This led to a change in the enzyme’s actions, allowing its plastic-eating abilities to work faster.

“We’ve made an improved version of the enzyme better than the natural one already,” Prof McGeehan told news agency Reuters. “That’s really exciting because that means that there’s potential to optimise the enzyme even further.”

The team, whose finding was published in April in the Proceedings of the National Academy of Sciences journal, is now working on improving the enzyme further to see if they can make it capable of breaking down PET plastics on a much bigger scale.

London-based start-up* company Skipping Rocks Lab wants to stop the world from using plastic bottles. Its solution to the estimated 1 billion plastic bottles that reach the ocean every year is to package water in edible* blobs made from plants, including seaweed. Its similar to the edible balls used in bubble or boba tea. 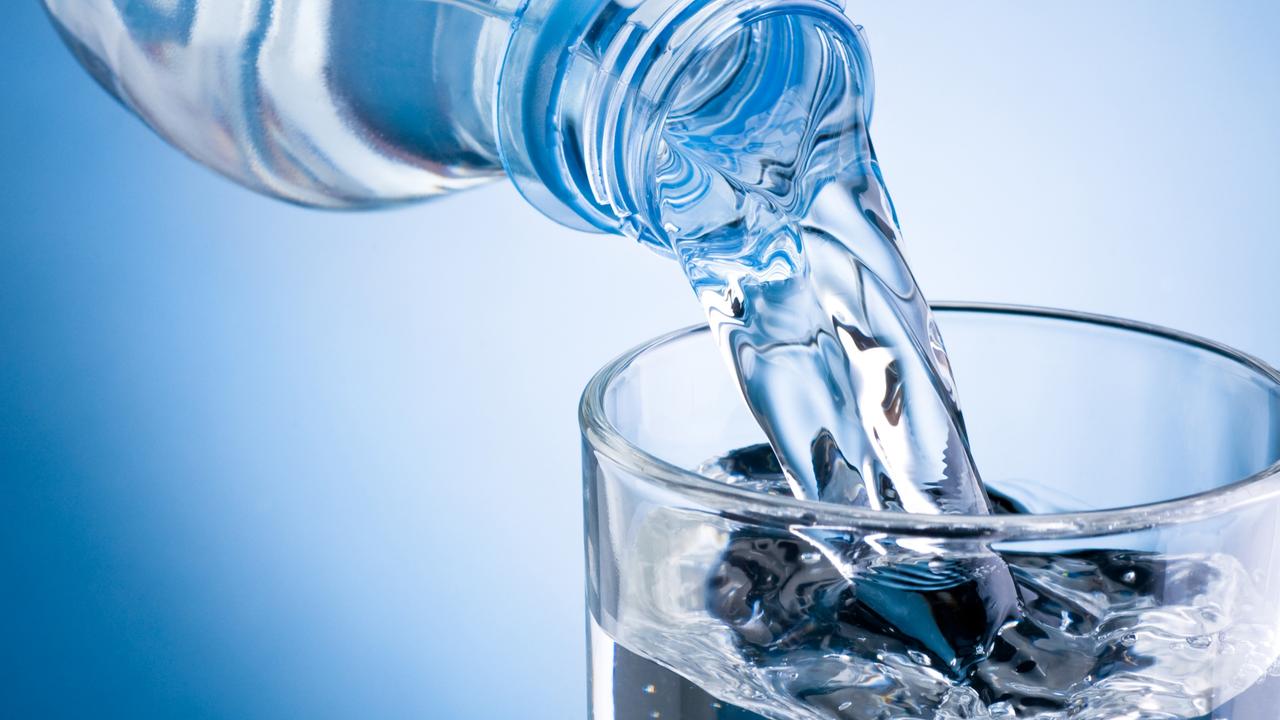 Water in bottles could soon be a thing of the past with researchers working on edible containers.

The company’s first product is called Ooho: drink the water, then eat the Ooho. As well as water, it could contain soft drinks, alcoholic drinks, make-up, soap and lots of other products currently packaged in plastic and foil. Each blob only costs a couple of cents.

The company has won lots of international awards and some funding to keep working on its inventions.

The inventors admit that the Ooho could taste a bit bland but are working on adding flavouring. And if you don’t want to eat it, you could just toss it away and it will break down as a piece of seaweed would.

The best way to get people to do something is to make it easy.

People use their smartphones for pretty much everything — including ordering an Uber car to pick them up or bring them a meal from their favourite restaurant — because it’s easy.

Imagine how easy recycling would be if we could use our smartphone to take our rubbish away.

Recycle Track Systems, nicknamed the “Uber for trash” is based in New York, in the US, and was started by two Americans, banker Adam Lettieri and Adam Pasquale, whose great grandfather started in the New York garbage industry more than 100 years ago. New Yorkers are now using their phones to collect rubbish with an Uber-style app.

Recycle Track Systems is an app that lets you schedule a pick up of big things for recycling, such as furniture, as well regular rubbish, recycling and compost. The appropriate collector comes within 24 hours so the waste can go straight to where it is most useful.

PLAY WITH THE PLASTIC

There’s an amazing new playground floating in the Nieuwe Maas River in the city of Rotterdam, the Netherlands. It’s made entirely of recycled plastic collected from the river it’s floating in. It also creates a barrier, stopping plastic waste that enters the river in the city from making its way to the ocean. Kayla, Bailey and Sophie, who are students at Park Lake State School, which has Australia’s first ever playground made from recycled beauty products. Picture: Richard Gosling

Recycled Park opened in July this year and is a prototype, or first version, that can be copied for other locations. It is made in 28 hexagonal sections that fit together a bit like pieces of a honeycomb. More sections can be made to make the park bigger as more plastic is collected and recycled.

The park is also designed to be a nesting place for birds and habitat for fish, snails, beetles and other creatures.

Part Six: You can be a great recycler

landfill: rubbish that goes in a big hole in the ground

optimistic: hopeful about the future

enzyme: a substance produced by a living organism which acts as a catalyst to bring about a specific biochemical reaction

edible: able to be eaten

Department of the Environment and Energy, environment.gov.au