A sparkling blue glow in the water on a remote beach in Tasmania has been captured in photographs.

The electric blue water on the shores of Preservation Bay was snapped* by photographer Brett Chatwin.

While the images look photoshopped or the result of a chemical spill, the bright blue occurrence is entirely natural. It is called bioluminescence* and is caused by small sea creatures called phytoplankton, known as Noctiluca scintillans, or “sea sparkle” which thrive in calm, warm sea conditions. When the organisms* are left undisturbed they concentrate on the surface leading to the glittering effect.

Mr Chatwin said he saw the blue beach on Saturday night for the first time in the north west of the state.

“Not sure if it was a one off or it will return because it wasn’t present the following night,” he wrote on Facebook while also posting some breathtaking* images of the beach.

It’s not the first time a magical blue beach has been spotted in Tasmania. 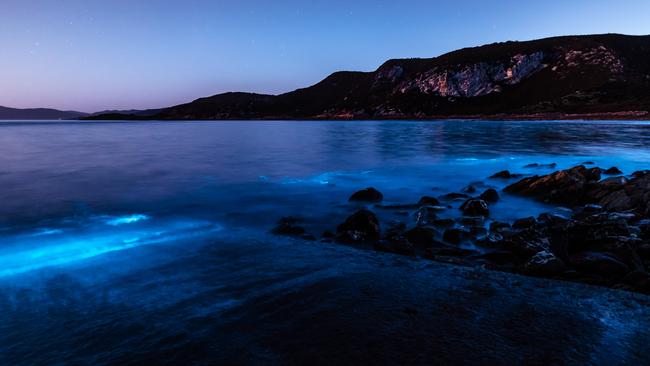 In May 2015 photographer Jo Malcomson of Blackpaw Photograhy shared pictures of a similar sight at South Arm on the outskirts* of Hobart.

Marine biologist Michael Latz said blooms like this occur off the Australian, Californian and Caribbean coastlines. Morning Glory clouds: These are a rare phenomenon that are most often seen in Australia, near the Gulf of Carpentaria. The clouds are long and tubelike. Water spouts: These are rotating* columns of water and spray formed by a whirlwind over the sea or a large body of water. They can be seen around the coast of Australia when the conditions are right. 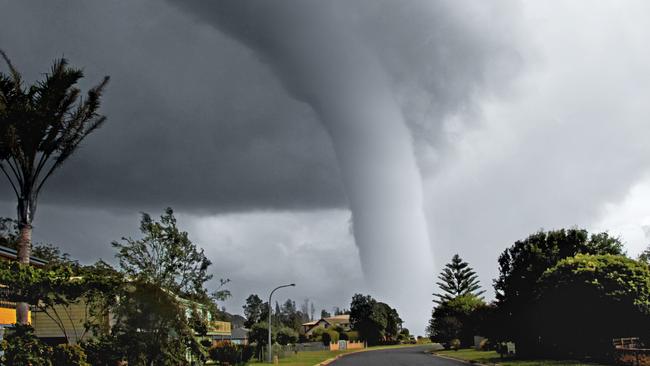 bioluminescence: light given off by living creatures

Read or listen to the article carefully then complete the following.

1. What is the main idea of this article?

2. In your own words, explain what causes the blue beach that Brett Chatwin photographed.

3. Four natural wonders are identified in the article. Write at least four statements to compare and contrast these events. For example: The Auroras, Water spouts and Morning Glory clouds all occur in the sky.

If you were lucky enough to interview a marine biologist about the blue beach, what would you ask him/her?

Write down four questions that would further your understanding of this natural wonder.

Make a chart that includes:

— Where it can be seen

Extension: A picture in words.

Pretend you came across any one of these ‘natural wonders’ like Brett Chatwin did. Unfortunately, you don’t have a camera with you. Explain what you saw. Use lots of adjectives to give a good description. You want the reader to get a mental picture of the natural wonder.

Description of the Senses Poem

Have a look at the photo of the phenomenal event occurring at Preservation Bay and create a poem of the senses imaging you are there witnessing the event.

Up-level your poem by varying your openers and using connectives in your description to extend out your ideas.