PURCHASES made by a mayor with a nose for a deal in the 1970s could see Australia’s beef capital Rockhampton rebrand itself into an art and culture hotspot.

The central Queensland city, better known for its meat, boats the best collection of Australian art outside the capital cities as a result of an unusual government plan implemented under the rule of former Prime Minister Gough Whitlam.

In an effort to help struggling artists, the government offered local councils a two for one deal to buy Australian art — for every dollar they spent, they got two more. 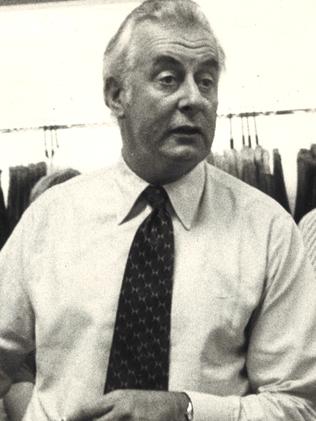 Then Rockhampton Mayor Rex Pilbeam set off on two buying trips — scoring some incredible deals along the way.

The end result was an array* of art from some of Australia’s best artists including Arthur Boyd, Sidney Nolan, Margaret Olley, Brett Whiteley, Fred Williams and Russell Drysdale.

Thanks to Pilbeam, three quarters of the national funding for the Federal Visual Arts scheme went to Rockhampton.

“There were some extraordinary purchases made,” said current Rockhampton Mayor Margaret Strelow.

Ms Strelow wants to “make the art work” by housing it in a building as striking as Hobart’s MONA (Museum of Old and New Art) or Brisbane’s GoMA (Gallery of Modern Art).

She has even signed up the architects behind GoMA — Lindsay and Kerry Clare — to work on the masterpiece build. Mayor Margaret Strelow with one of the art works. Picture: Steve Vit

“Ever since the famous shopping spree of the late Mayor Pilbeam, the collection he acquired in a few short months and the way he found the money to pay for it have become the stuff of legend,” said Mr Bacon.

“But the legend and the legacy live on in the great works that now comprise the Rockhampton Art Gallery collection, irreplaceable at current prices.”

Mr Clare said he looked forward to the challenge of creating a new home for the collection, now worth an estimated $15 million. “The danger with (designing) galleries is that you have to understand they’re designed as a creative exercise to fundamentally connect people with art, so the artworks themselves take precedence,” he said.

“Rockhampton does deserve to have something to display this collection properly.”

Rockhampton City Council plans to commit $10 million to the project and it wants the Queensland Government to match that sum.

This week the State Government allocated $2 million to the new gallery.

What have been the benefits for different people or groups of people, Rockhampton and Queensland, of Rex Pilbeam’s plan?

Do you agree that governments should spend money on art and galleries?

Write a letter to the editor of Kids News explains your opinion.

In the story you read about some of the artists whose paintings were bought by the Council. List their names. Choose one of the artists and find out about their life and art.

Use the information to write a paragraph about why this artist is important.

Create an artwork inspired by the artist that you researched.

To match or not to match, that is the question

The Rockhampton City Council had asked the Queensland State Government to match the $10 million dollars they had put aside for the new gallery.
Instead, the government has turned around with a mere $2 million dollars.
Does that seem fair?

Will they be able to create the art gallery they want and one that with respect, honour and preserve the works of so many renowned Australian artists?
The art alone is estimated to be worth $15 million dollars, yet they only have $12 million to build the gallery.

Write a letter to the Queensland state government stating why you think they should invest the other $8 million dollars.

Try and include three reasons to express your concerns.

Write a letter to the Rockhampton City Council stating why you agree with the State Governments decision to only invest $2 million dollars into the project.

Try and include three reasons to justify your agreement.

EYE SPY GRAFFITI OR IS IT ART?