MOST of us are familiar with the sound of possums screeching at night but what other wildlife is lurking in Melbourne’s suburbs that you may not know about?

Foxes have been spotted close to the CBD and both brushtail and ringtail possums have been seen scurrying along fence lines in many inner city suburbs.

Kangaroos have been popping up on the city fringe as their open spaces are eaten into by new housing estates. 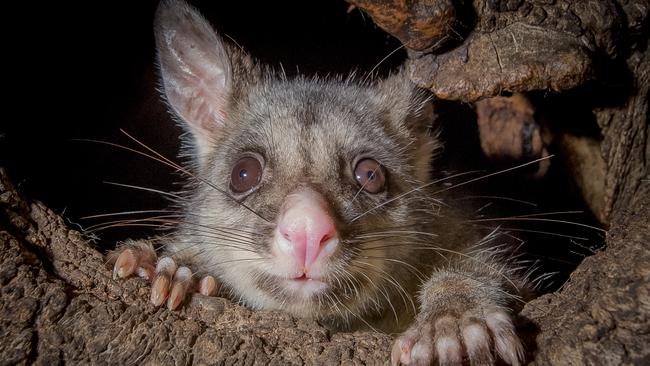 But there are some less obvious forms of wildlife living in the city as well.

Pretty much all rivers, wetlands and lakes in the Melbourne area have eels in them.

Dr Jarod Lyon from the Arthur Rylah Institute for Environmental Research said eels, that mostly come from the east, can live for up to 25 years and can grow to a metre long.

“They all spawn from the Coral Sea and drift in the East Australian Current to get to Victoria,” he said.

“People have probably seen them in the botanical gardens — but even if people don’t see them they are often there under rocks and dams and feed at night.” Eel by the Yarra. Picture: supplied

He said eels are quite hardy and can survive in less than pristine conditions and are some of the top order predators in the waterways system.

Birdlife Australia said bird communities in urban and regional centres have changed in the past 40 years with the loss of smaller birds.

That change has seen an increase in large, more aggressive native and introduced species — including the noisy miner, pied currawong and common myna.

Despite the change, Melburnians may still be surprised by the amount of common backyard birds about.

● New Holland honeyeaters — Black, white and yellow honeyeater that is quite inquisitive and will readily approach humans, attracted to gardens and parks where grevilleas and banksias are found.

● Superb fairy-wrens — They are common in urban parks and gardens where they twitter and bounce about looking for insects. Often seen in small social groups consisting of one brightly coloured blue and black male and several females and young birds.

● Silvereyes — Small, olive-green and grey birds that occur in almost any wooded habitat, especially urban parks and gardens, as well as orchards. They prefer gardens with little lawn coverage and lots of shrubs. ● Eastern spinebills — Little honeyeaters with a long and slender, down-curved beak. They prefer gardens that are well-vegetated with shrubs, where they can feed and retreat to for safety.

Visit the Birds in Backyards website for more information: www.birdsinbackyards.net.

There are plenty of native fish species living in local waterways.

Whitebait, minnows and the endangered Yarra pigmy perch are just some of the species in Melbourne streams.

Many crayfish species live in the Yarra and its tributaries*.

The threatened powerful owl lives in a wide range of forest habitats, including along the urban fringe and are known to live in various parks and reserves managed by Parks Victoria and local councils such as Wilson Reserve, Warrandyte State Park and Shepherds Bush in Glen Waverley.

They have also been seen in the Royal Botanical Gardens. 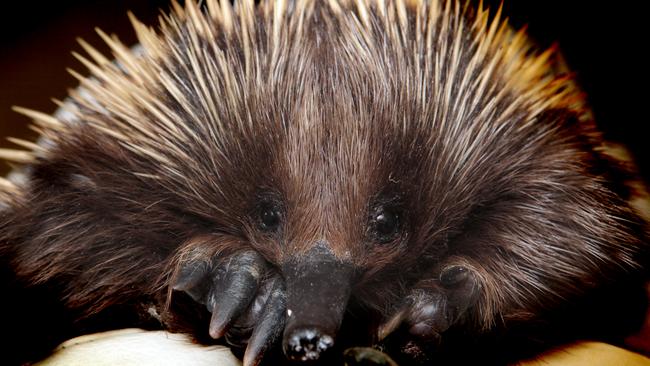 A young echidna after being found in a Melbourne swimming pool. Picture: supplied

Autumn is a particularly good time to find frogs in Melbourne’s suburbs.

“We’re lucky to have recorded of all three of these species submitted in the last week or two by citizen scientists using the Frog Census app,” he said.

But the best time to find common frogs in Melbourne is during spring.

tributaries: small river that flows off a larger river

Read or listen to the article and answer the following questions.

What is this article about?

A number of experts have been quoted in this article – make a list of people quoted, who they work for and what area they are an expert in.

Why would a journalist quote an expert on a topic such as this?

Which parks are the ‘powerful owl’, known to live in?

Why do you think autumn and spring are a good time to see and hear frogs?

Make a checklist of the backyard birds mentioned in the article.

Find a small picture of each bird to go on your checklist.

Keep a lookout at your school and around your neighbourhood for the next week.

How many of these birds can you see? Keep note of where you saw each one (eg school or park, etc) and add any other birds that you see as well.

At the end of the week compare your list with your classmates.

Choose one of the species of animals mentioned in the article and find out some more about it.

Present the following information either as an information poster or in a powerpoint slideshow:

Classification, physical characteristics, diet, habitat, typical behaviour, origin, how it cares for its young, endangered status and any other interesting facts.

Why do you think this animal is making its home in Melbourne suburbs?

Are they a problem to humans? Are we a threat to them?

What does the public need to know, do or not do to ensure this animal can continue to live safely in our neighbourhoods?

Time: allow at least 60 minutes to complete this task.

Write down each Animal down the side of your page. Eg:

Create an adjective that starts with each letter in the word to describe the animal. Eg: B = Bodacious

Do this for the following animals: eels, fish, owls, frogs.

When you have created your words, try to use each adjective in a sentence about the animal.

Extension: Write a paragraph that includes all the animals together and the adjectives you’ve created.