“Boring” maths could add up to landing you the coolest job

AUSTRALIAN kids are being told to do the math and sign up for subjects they might consider “boring” at school because they could add up to a cool job.

Science publisher Refraction Media used its latest Careers with STEM (science, technology, engineering, and mathematics) magazine to show that tackling* maths at school can lead to an exciting career.

The magazine claimed studying maths or science could lead to a cutting-edge job including as a data scientist working with NASA’s Earth-orbiting* Hubble telescope or analysing AFL game data for Collingwood.

Daniel Pelchen, who studied commerce* before taking on a sports analytics* PhD at Deakin University, is known as the “big data guy” at the Pies. He crunches the numbers on kicks, handballs and marks to improve weekly performance, as well as guide recruitment*.

“My story is a case in point of how maths can get you into an incredibly interesting industry,” Mr Pelchen said.

Refraction Media’s Heather Catchpole said maths had a bad reputation among students but she said jobs that involved maths were on the rise. 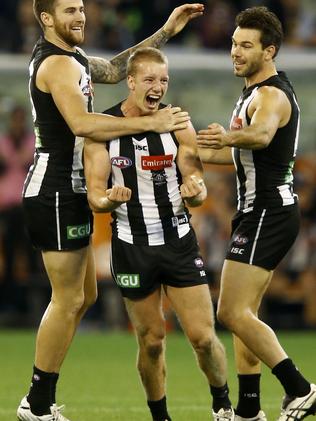 “We’re saying ‘study STEM and work in sport, music, schools or gaming design — a bunch of careers you might not realise were possible’.”

tacking: trying hard to do something
Earth-orbiting: spinning around the planet

analytics: looking at the numbers to understand things

Activity 1. Math is the key!

In one or two sentences retell the main idea of the article.

Finish these sentences to show you have read and understood the article.

Kids should study maths and science at school …

Working on the Hubble telescope requires …

Jobs that require mathematics are …

Ask five classmates what they career they would like to have when they leave school.
Would mathematics be required for these careers? How?

List the five careers across the top of a column chart and under each one list the ways that mathematics would be used in this career.

Mixing the correct amounts of a hair dye colour

Create a slogan for maths and/or science to encourage students to continue to study these subjects.

Eg Maths adds up to a brilliant career!

Use your slogan to create a poster for your classroom.

Daniel Pelchen, crunches the numbers on kicks, handballs and marks.

Be like Mr Pelchen and collect data on your favourite football team (or another sport) over a few weeks. You may be able to find past results in a newspaper or online.

Eg. If you choose to look at AFL football, find out the number of goals compared to the number of points your favourite team kicks in each quarter each week.

What do you notice with the data you collect?
Do they kick more goals early in the game or later in the game?
Are their kicks towards becoming more accurate or less accurate each week?

Can you make a suggestion to the coach on how to improve this data?

There are a many positive words in this article about STEM.
Make a list of these positive words.
Can you write a word that is an antonym of each?

Use the antonyms to write a short paragraph about a topic matched to these type of negative words.