Swimmer Ian Thorpe is Australia’s greatest Olympian, winning five gold medals, including this one in the 200m freestyle at the 2004 Athens Olympics. Picture: Gregg Porteous

A talented runner, he was living and working in England when he decided to head to the first modern Olympic Games, in Athens, in 1896 – the only Australian to compete.

Back then, getting to the Olympics wasn’t a matter of jumping on a plane (planes didn’t exist)!

Flack had to travel by train and ship for six days to reach Athens. Unfortunately, he got seasick on the way, which left him weak. Despite this, he entered running and tennis events – and won the 800m and 1500m sprints. Flack actually competed in the first Olympics as part of the British team, as Australia wasn’t a nation until 1901. But his two sprint wins were later attributed to Australia.

Australia’s first female Olympians were Sarah “Fanny” Durack and Wilhelmina “Mina” Wylie, who competed in swimming at the Stockholm Games in Sweden in 1912.

It wasn’t easy for women to become champion swimmers back then.

For starters, in Australia, “mixed bathing” was frowned upon and many people believed men and women should only swim at separate times, which made it tricky for women and men to train together.

Many also believed women should not be watched by men, including fathers and brothers, while they competed. 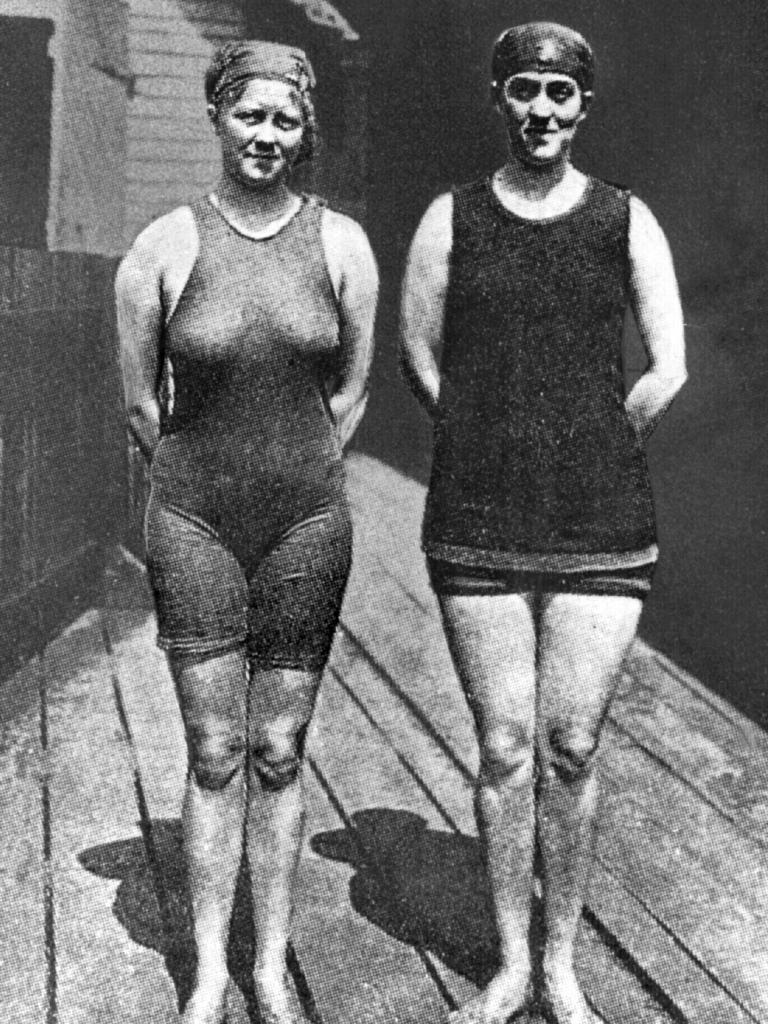 There were very few events at the Olympic Games at that time for women. But both Durack and Wylie were determined to take part.

With the support of people in the community, they fought to get accepted as the only two women in the Australasian Olympics team (featuring Australian and New Zealand athletes) and raised money through a public appeal to achieve their mission.

The trailblazing* pair sailed to Sweden. And it was there Durack was written into the history books by winning gold in the women’s 100m freestyle, with Wylie close behind, winning silver.

Q&A: AUSTRALIA AT THE OLYMPICS

Our greatest Olympian?
Swimmer Ian Thorpe won five gold medals (in 2000 and 2004) – more than any other Australian.

Our most frequent competitor?
Equestrian rider Andrew Hoy competed in seven Olympics, from 1984 to 2012. Australia’s Andrew Hoy competes at the London Olympics in 2012, the last of his seven Games. Picture: Michael Dodge

Our oldest and youngest champions?
Bill Northam was 59 years old and a grandfather of five when he won gold in the 5.5-m class sailing event in 1964.

Sandra Morgan was 14 years old when she won gold in the 4x100m freestyle swimming relay in 1956.

Number 1
The stakes were high: Australia’s beloved Indigenous runner Cathy Freeman was set to compete in the high-profile 400m women’s sprint before a home crowd at the Sydney 2000 Olympics. Cathy Freeman holds the Aboriginal and Australian flags as she celebrates her win in the women’s 400m at the 2000 Sydney Olympic Games.

It was like the whole nation could hardly breathe, hoping but not daring to believe she would win. Then, like a dream come true, she did!

Freeman’s emotional win and happy victory lap, as she carried both the Aboriginal and Australian flags, are forever etched in many people’s minds.

Number 2
It was the Mexico City 1968 Games. Against all odds, Australian runner Peter Norman managed to win a silver medal for the 200m men’s sprint (setting an Australian record time that still stands).

Then came an iconic* moment in the American civil rights movement. During the medal ceremony, Norman stood on the podium, wearing a human rights badge, in solidarity* with the two black American winners, who were wearing badges, too, and who raised their fists in a black power salute during the American anthem to highlight racism in the US. Silver medallist Peter Norman was part of one of the most iconic moments in Olympic history, standing on the dais with US athletes Tommie Smith (centre) and John Carlos at the Mexico City Games in 1968. Picture: AP Photo

Number 3
In 1956, 18-year-old Betty Cuthbert, a virtual unknown, became a household name and the “Golden Girl” of the Melbourne Olympics by winning no less than three sprinting gold medals.

She was the first Australian ever to win three gold medals at a single Games. Later, at the Tokyo 1964 Games, she managed to collect a fourth.

The first five athletes announced for the Australian Olympics team competing in the postponed Tokyo 2020 Summer Games in Japan in 2021 were:

This will be the second Olympics for Barber and Bird-Smith and the first for the other three athletes.

Australian swim teams have produced many Olympic medals in the past and there are big hopes for the team heading to Tokyo.

The 35-member team includes Emily Seebohm and Cate Campbell who will become just the second and third Australian swimmers ever compete at four Olympic Games. 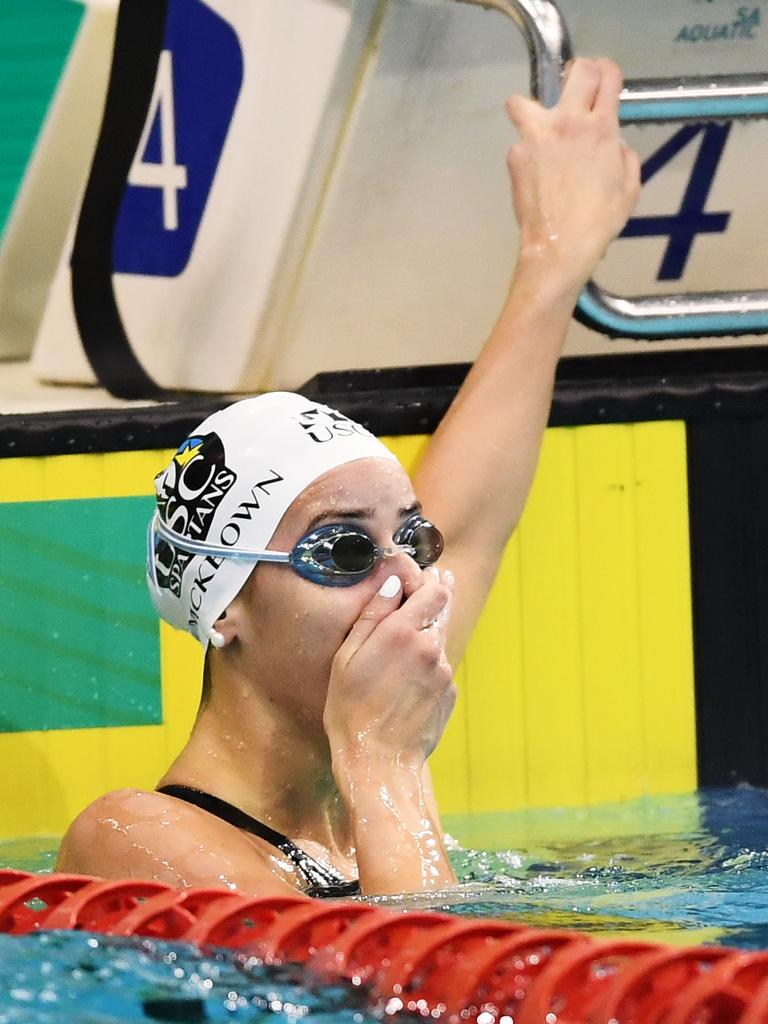