Olympics Part 11: How the Paralympics became a world sporting spectacular 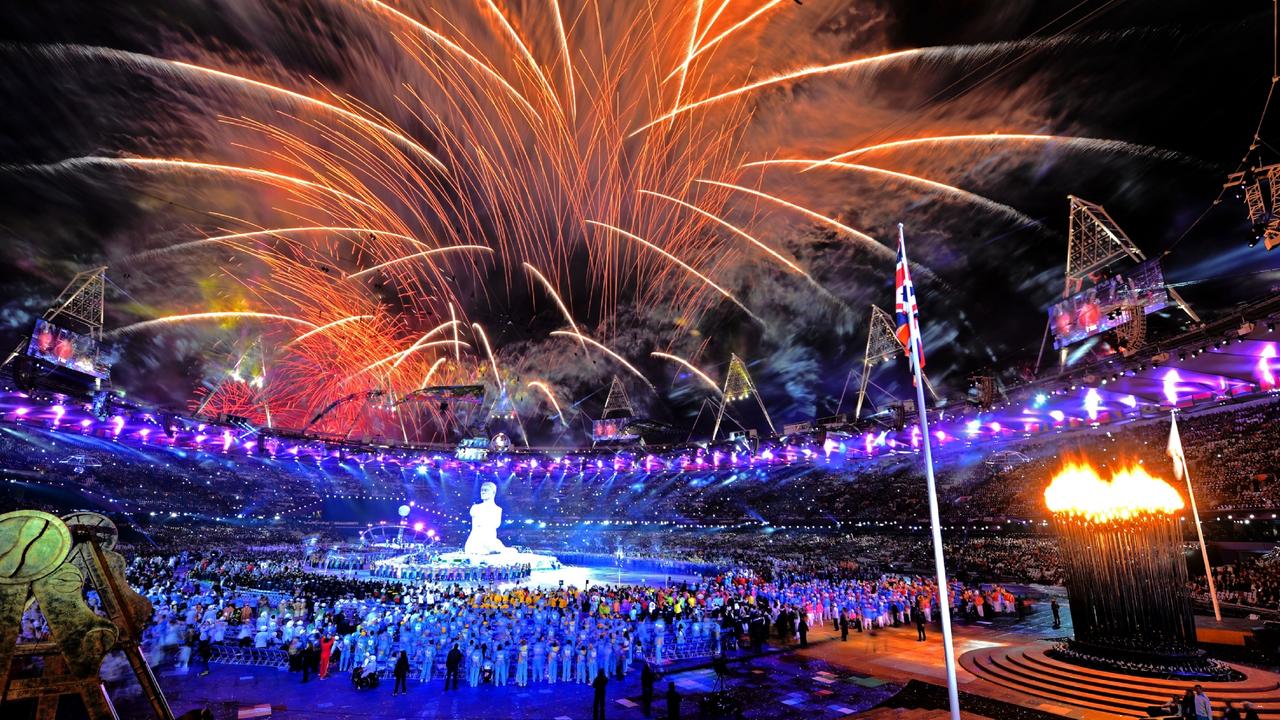 Fireworks light up the stadium at the opening ceremony of the London 2012 Paralympics. Picture: Images Getty

The Paralympic Games feature athletes with an impairment* and take place after every Olympic Games in the same host city.

The history of the Paralympic Games stretches back to the year 1944. That’s when a neurologist* named Dr Ludwig Guttmann was asked by the British government to set up a spinal injuries centre at the Stoke Mandeville Hospital in the English town of Aylesbury, which he did.

Dr Guttmann was a big believer in using sport to help rehabilitate* injured people to build up their strength and relieve depression*.

On July 29, 1948 – the same day as the opening ceremony of the Summer Olympic Games in London – he held an archery competition for 14 men and two women in wheelchairs, all World War II veterans with spinal cord injuries.

He called the competition the Stoke Mandeville Games.

From these humble* beginnings, the world’s second largest, multi-sport event came into being: the Paralympic Games! 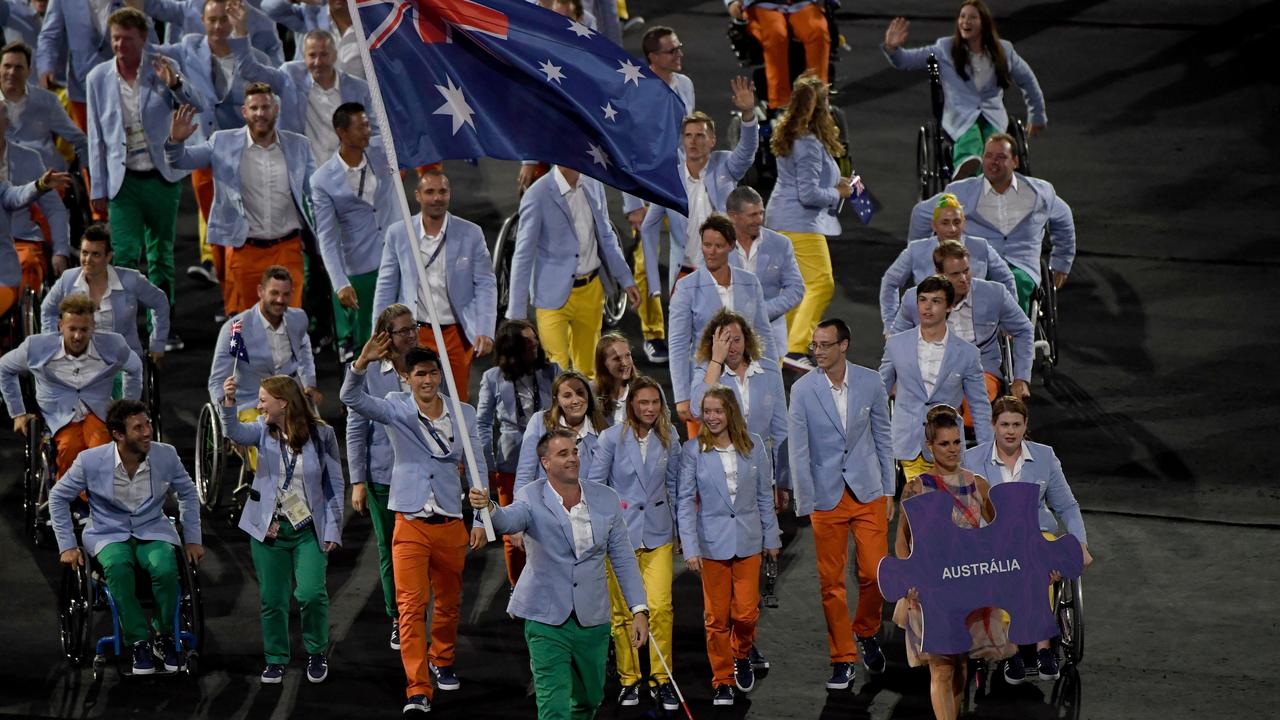 HOW THE COMPETITION PROGRESSED

In 1952, the Netherlands joined in the Stoke Mandeville Games, making the event the first international sports competition for people with a disability.

In 1960, the ninth international Stoke Mandeville Games were held in Rome, Italy, with 400 athletes from 23 countries competing in eight sports.

This was the first time the Games had been held in the same city as the Olympics, and they came to be known as the first Paralympics.

Since then, the Paralympics have been held every four years, in the same year as the Summer Olympics, with the number of athletes and sports dramatically expanding over the years.

The Winter Paralympics took a little while to come along. They weren’t held until 1976, in Sweden.

The postponed Tokyo 2020 Paralympics will be held from August 24 to September 5, 2021. This will be the second time the city has hosted the Paralympics, following the 1964 Games.

The mascot of the Games is a character called Someity (pronounced soh-may-tee), whose name comes from a type of cherry blossom and is similar to the English phrase “so mighty”.

The medals have been especially designed to allow athletes with a visual impairment to identify them by touch. There are indents on their sides (one for gold, two for silver and three for bronze) and Tokyo 2020 is spelt out in braille*. 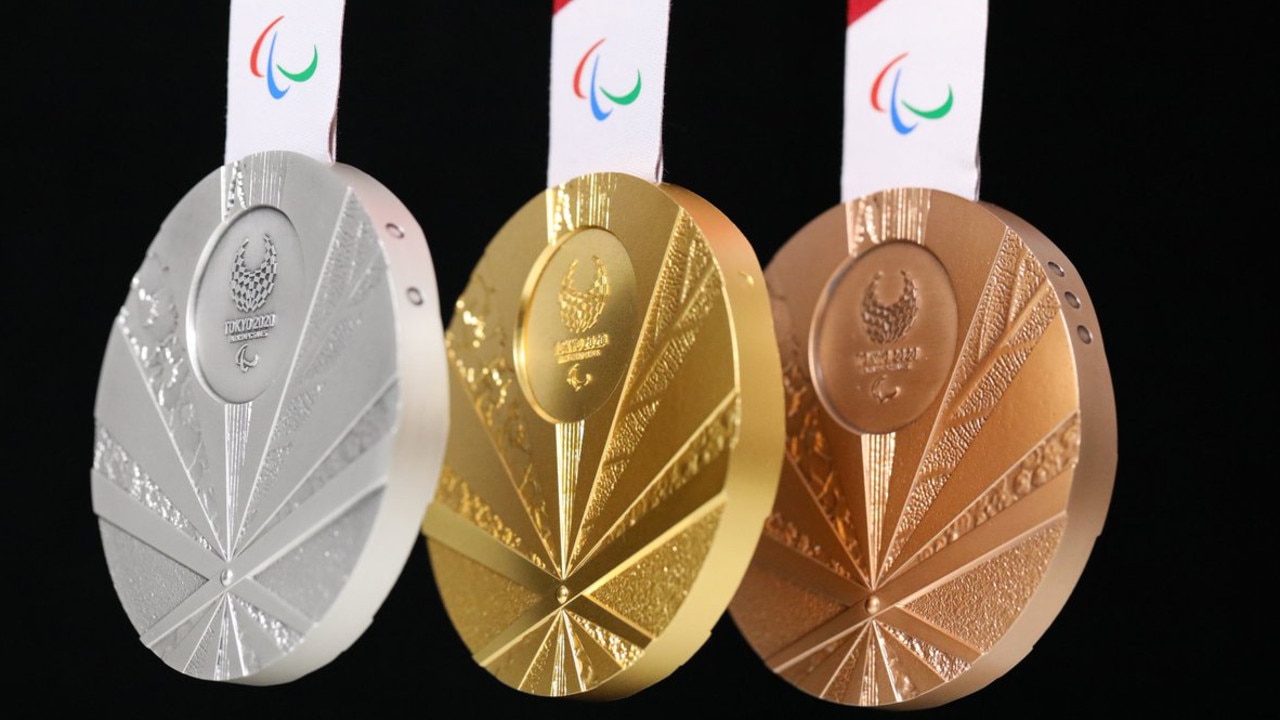 The Tokyo Paralympic silver, gold and bronze medals feature braille and indents on the side. Picture: Tokyo 2020

The word Paralympics is a combination of “para”, a prefix* meaning beside or alongside, and “Olympics”. The Paralympics are held alongside, or parallel to, the Olympics.

AUSTRALIA AT THE PARALYMPICS

Australia has taken part in every Paralympics except for the 1976 Winter Games (when our athlete planning to compete was later told there were no events for those with his disability).

Athletics, swimming and cycling have delivered the most gold medals to Australia. 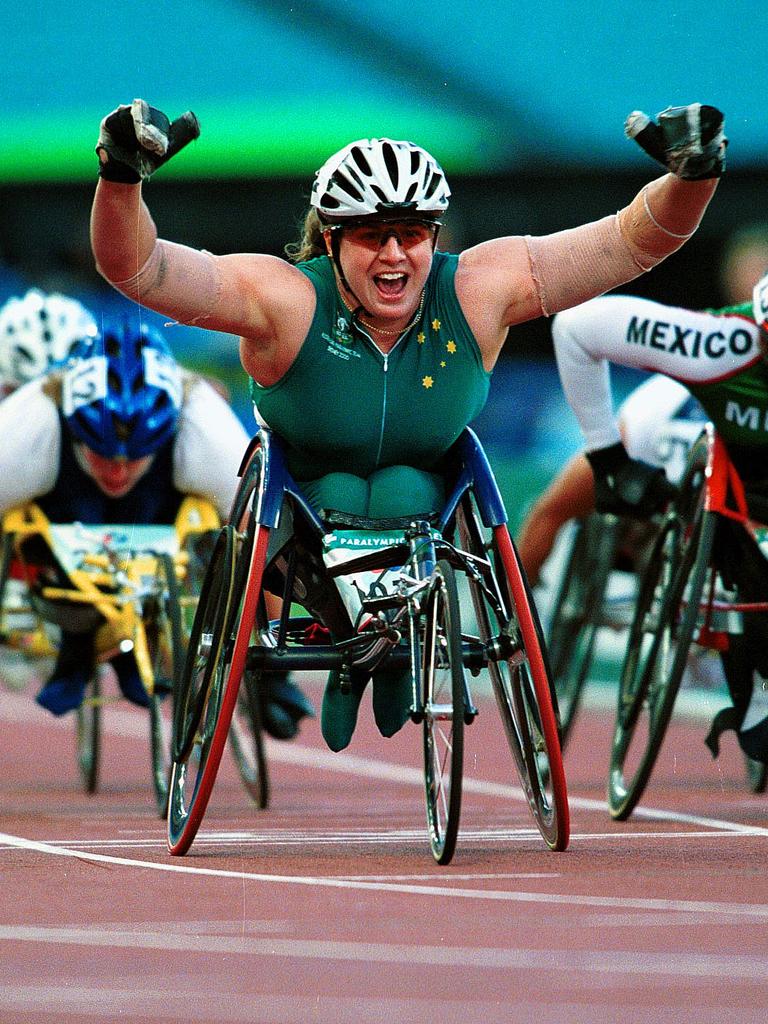 Louise Sauvage raises her hands in triumph after crossing the line to pick up gold in the women’s 5000m T54 wheelchair race at the 2000 Sydney Paralympics. Picture: John Appleyard

In 2000, Sydney hosted the Paralympics, and these Games broke the record for the number of athletes to ever compete: 3881.

As for which country won the most medals at the Sydney Paralympics …? That was Australia, with 149 medals. It’s still our best Paralympics result ever! 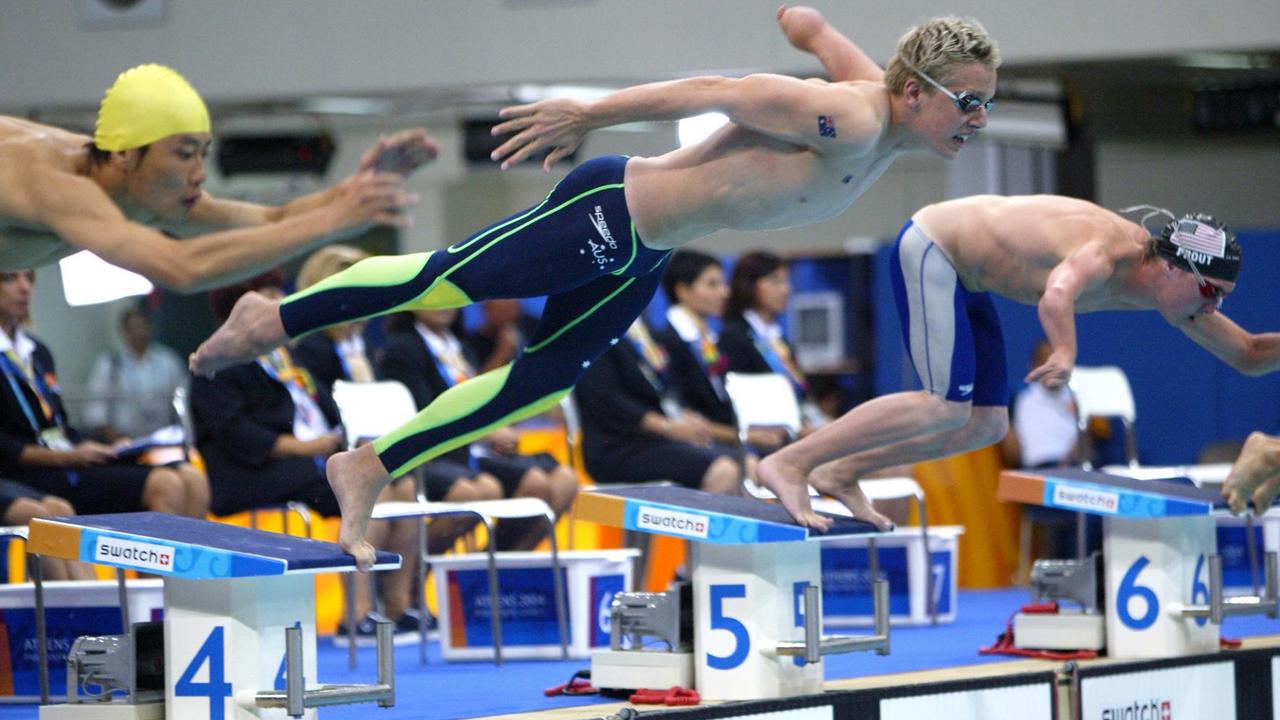 Swimmer Matt Cowdrey dives off the starting blocks at the Athens Paralympics in 2004.