The release of UFO videos by the US military has sparked renewed interest in UFOs by people who study UFO sightings as a hobby such as Chuck Clark, seen here in 1996, pointing out some of the pictures of extraterrestrial types and photos of so-called Area 51. Picture: AP

The US navy has released three videos showing UFOs.

The videos have sparked new interest around the world in researching UFOs.

UFO stands for Unidentified Flying Object and can be used to describe any flying object that can’t be explained. Some people think UFOs are vehicles from space carrying extraterrestrials* or aliens life forms. Some study UFO sightings as a hobby.

Navy spokesman Joe Gardisher said the navy released the videos to encourage military pilots to report UFOs, which are dangerous for pilots because their planes could crash into them, according to CNN.

The videos were previously published without official permission in a 2017 New York Times article about the US Department of Defense UFO research program and by a UFO public interest group.

The grainy videos were filmed from US military jets from 2004 to 2015.

In one video from 2015, labelled GOFAST.wmv by the navy, an unidentified object is being tracked by an F-18 Super Hornet jet flying over the ocean as pilots exclaim their amazement.

“Wow! What is that man?” says one pilot. “Look at that flying!” says another.

Another video taken in 2004 from an F-18 jet shows an object moving rapidly out of the jet’s tracker system over the Pacific Ocean.

Since they were first published, there have been suggestions the videos are fake.

The US Department of Defense released the videos “in order to clear up any misconceptions by the public on whether or not the footage that has been circulating was real, or whether or not there is more to the videos,” Sue Gough, a US Defense spokeswoman said in a statement.

“The aerial phenomena* observed in the videos remain characterised as ‘unidentified,’” she added.

MORE TO KNOW
UFOs have fascinated people for thousands of years as we have looked into the sky and seen objects we can’t explain. Meteors and comets, for instance, could once have fitted the definition of UFOs.

As our understanding of science and astronomy has improved, we have been able to explain a greater proportion of things we see in the sky.

The modern-day interest in UFOs took off in the 1900s with the use of aeroplanes, helicopters, balloons and, more recently, drones.

The famous 1947 Roswell UFO incident sparked a lot of interest in whether aliens were visiting Earth. A farmer found debris in a paddock in New Mexico, US, now known to be from a secret balloon program to spy on Russia (then the Soviet Union). 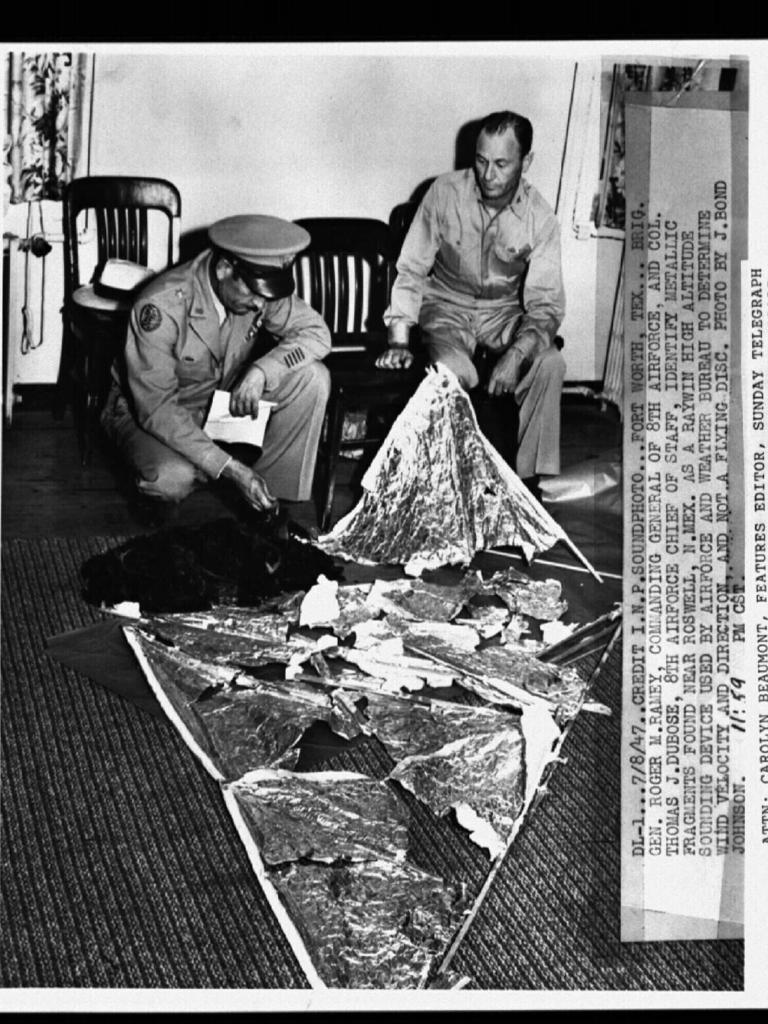 People who are interested in UFOs are also often interested in a US military site in Nevada, US, which is used to test military aircraft. The site is commonly called Area 51 and has become the focus of many conspiracy theories* suggesting that it is used to test alien spaceships, research time travel or learn how to control the weather, among many other things. Octopus may be alien from outer space

CLASSROOM ACTIVITIES
1. UFO’s – Real or Fake
There is much debate as to whether UFOs are real or not and these videos show another side to the story. UFOs are just any flying object that is not explained, but usually we think of them as an alien spacecraft. Work with a partner and in a two-column table write down all the information you know about UFOs and classify it into ‘real’ and ‘fake’ columns — that is if you believe it supports UFOs being an alien spaceship (real), or if it doesn’t (fake).

2. Extension
Write an exciting introduction to a narrative about UFOs. It should hook the reader in to want to find out what happens next. Get a partner to do the next paragraph and swap again so that you create a joint UFO narrative.

HAVE YOUR SAY: What do you think the UFOs are?
No one-word answers. Use full sentences to explain your thinking. No comments will be published until approved by editors.