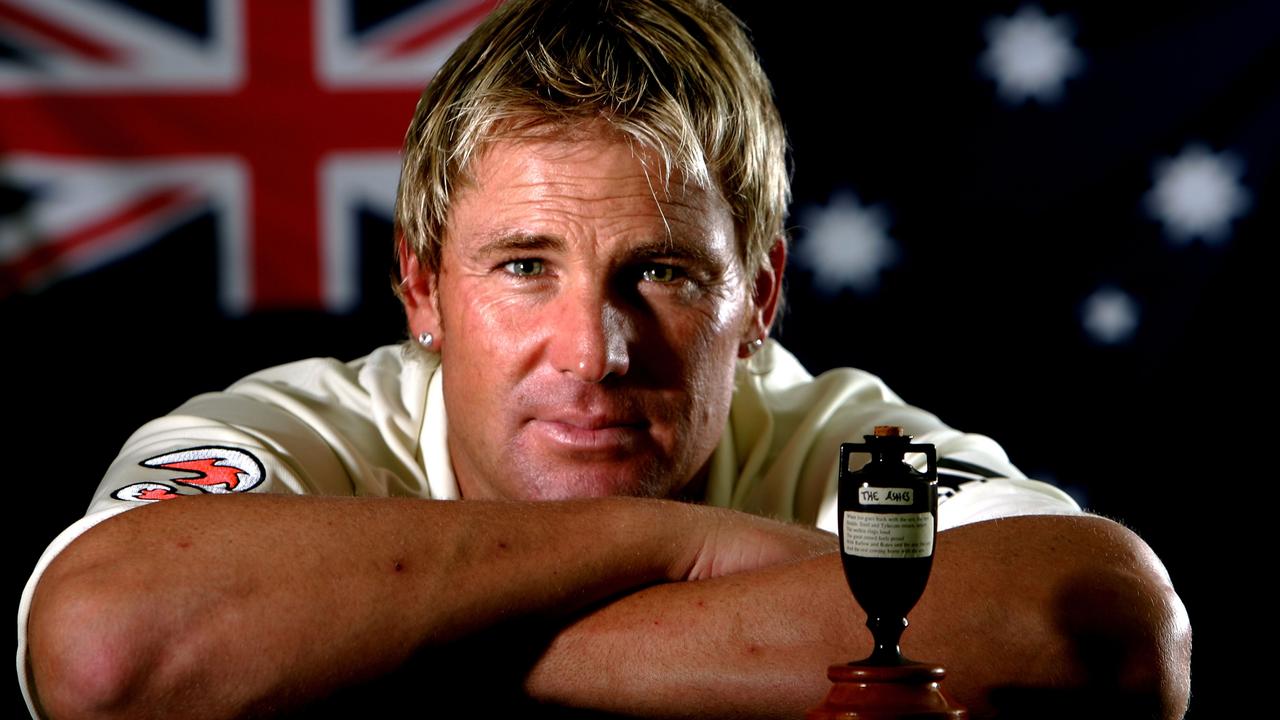 A portrait of Shane Warne taken ahead of his last Test series before his retirement in 2006. Picture: Getty Images

The MCG’s Great Southern Stand will be renamed after cricket great Shane Warne whose shock death triggered a flood of tributes from around the world.

Warne, affectionately known as Warnie, died of a suspected heart attack while on holiday in Thailand on March 4. He was aged 52.

Celebrities, fellow sports stars, politicians and ordinary Australians joined in an outpouring* of heartbreak and shock at the loss of one of the world’s greatest bowlers and sporting icons.

“Shane was the kindest heart, and always went above and beyond to make people feel welcome and special,” said singer-song writer Ed Sheeran.

Sir Elton John described Warne’s death as “a tragic day for Australian cricket”, while Australia movie star Hugh Jackman said he was “grateful to have known him, and to have witnessed his once in a generation talent”.

Warne, who was also known as the “spin king”, took 708 Test wickets across his spellbinding* 15-year career. A young Shane Warne bowls during a Test match against the West Indies at the MCG in 1992. Picture: Allsport UK/Allsport

He shot to fame in 1993 when an exquisite* delivery skittled English batsman Mike Gatting at Old Trafford, which many say was his greatest Ashes* moment.

He continued to wow the crowds with tours in South Africa, England and New Zealand, and retired at the age of 37 in 2007.

But the leg-spinner did not fade from the spotlight, regularly appearing in local Australian matches and becoming a well-known media commentator. Shane Warne became a well respected cricket commentator around the world after he retired from playing. Picture: Getty Images

Victorian Premier Daniel Andrews announced on the weekend that the MCG’s largest stand, the Great Southern Stand, would be renamed the S K Warne Stand as a lasting tribute to the “spin king” who gave fans so many memorable moments on the MCG pitch including the taking of his 700th Test wicket in 2006. Fans gathered at Warne’s statue outside the MCG as Prime Minister Scott Morrison joined the chorus of tributes. Shocked fans pay their respects at the statue of former Australian cricket great Shane Warne outside the MCG after news of his death broke. Picture: AFP

“Shane was one of our greatest cricketers of all time, one of only a few that could approach the extraordinary achievements of the great Don Bradman*,” Mr Morrison said.

“His achievements were the product of his talent, his discipline and passion for the game he loved.

“But Shane was more than this to Australians. Shane was one of our nation’s greatest characters. His humour, his passion, his irreverence*, his approachability ensured he was loved by all. Australians loved him. We all did.” 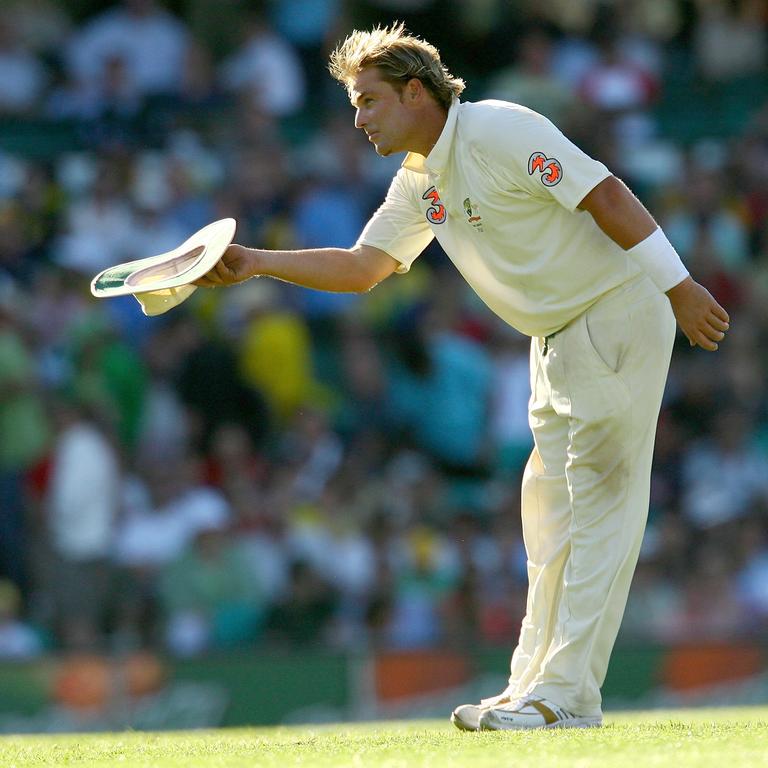 Shane Warne bows to the crowd at the SCG in January 2007, his final Test match for Australia. Picture: Getty Images

Less than 12 hours before his own tragic passing, Warne had paid tribute to former Australian wicketkeeper Rod Marsh, 74, who had also died of a heart ­attack.

“Sad to hear the news that Rod Marsh has passed. He was a legend of our great game & an inspiration to so many young boys and girls,” said Warne.

Current Australian Test opener David Warner said he was struggling to take in the loss of Warne and Marsh on the same day – posting a picture of them together.

“Two legends of our game have left us too soon. I’m lost for words, and this is extremely sad,” Warner said.

“My thoughts and prayers go out to the Marsh and Warne family. RIP*, you both will be missed.” Former Australian wicketkeeper Rod Marsh, pictured at the Oval in London in 1981, died of a heart attack on the same day as Shane Warne. Picture: Getty Images

Australian captain Pat Cummins, who is leading the team on its tour of Pakistan, said the players were struggling to come to terms with Warne’s loss.

“Warnie was an all-time great, a once-in-a-century type of cricketer,” Cummins said.

“His record will live on for ever. We all grew up watching Warnie, idolising him, we all had posters on our wall, had his earrings.

“We loved so much his showmanship, his charisma*, his tactics. He just willed himself and his team to win games for Australia. Above all else, his incredible skill as a leg-spinner.

“The loss we’re all trying to wrap our heads around is huge. The game was never the same after Warnie emerged and the game will never be the same after his passing. Rest in peace, king.”

CLASSROOM ACTIVITIES
1. Write a biography
Many sports clubs honour past players by displaying a photo of them with a short biography that highlights their sporting success and other interests.

Using the information in this article and your own research, write a short biography that could be displayed with a photo of Shane Warne at the MCG.

2. Extension
Losing someone you love is devastating, but knowing others are thinking of you can be of some comfort in a difficult time.

Write a short letter of condolence to Shane Warne’s family, acknowledging their loss. In your letter acknowledge how his legacy will impact the cricket community for future generations. For example; many young players have been and will continue to be inspired by his achievements. Be sensitive in your wording as the people you are writing to are grief-stricken.

Search for all the adjectives you can find in the article. Did you find any repeat adjectives or are they all different?