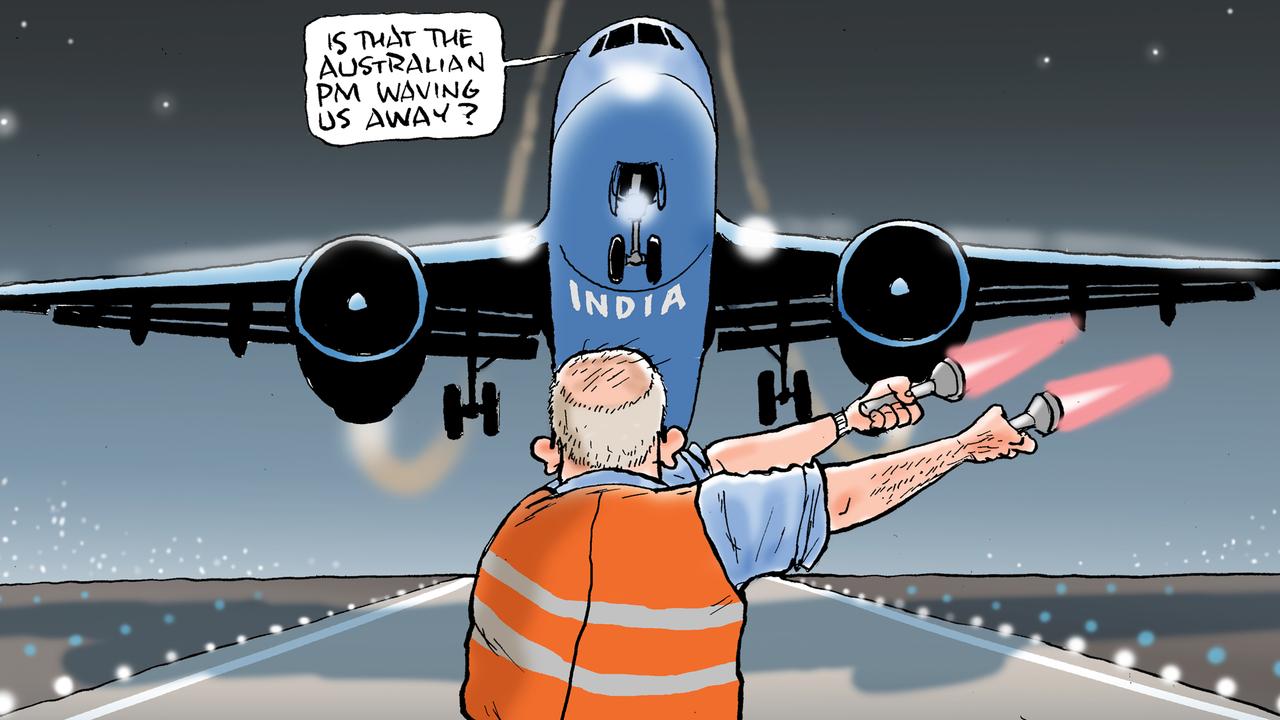 One of the tools governments use in fighting the coronavirus pandemic is lockdowns. The lockdown of suburbs and cities has been used to contain small outbreaks. In larger waves of the virus whole states have been closed off. In 2020 Victoria was closed to the rest of Australia for months. The West Australian and Queensland Premiers don’t mind bringing out the border barricades and roadblocks from time to time either.

When cases explode we see whole countries isolated. That has been the case in many parts of the world over the past 12 months.

At the moment we are seeing India’s COVID infection rate spiral out of control. People flying into Australia from India have been found to be carrying the virus and putting pressure on our quarantine system.

We have seen Australian state premiers close their borders at the slightest hint of a COVID case to protect the public. The borders close so quickly that many people are caught out, on many occasions not being allowed back into their own state. Some say if a person from interstate sneezes in Perth, the border closes!

This week, due to the out-of-control nature of the virus spreading in India, the Australian government took the major step of closing Australia’s borders to travellers from India. It took effect immediately. I decided to draw a cartoon on the closure and how rapid the decision was made.

Australia has a large population of people from India who have made this country their home or study here. A lot of Australians travel there too, including our best cricketers who play in the lucrative* IPL. To stop air travel between the two countries would be a big blow.

I was thinking of concepts to illustrate the closure of the border to India, a visual metaphor can be very handy in illustrating a complex political situation. Images like the raising of the drawbridge on a castle immediately say to readers that entry here is barred. But with air travel ceasing I was looking for an aviation metaphor. And being a cartoonist I had a licence* to use exaggeration.

One of my favourite sites at airports is that of the airside ground crew directing passenger jets to their gate after they have landed. The sight of these huge jets taking direction from a person waving their little illuminated batons in the direction they want them to go always amuses me.

Then I had the ridiculous idea of ScoMo, our PM, in a last-minute decision to stop the flights, sprinting out onto the runway, waving wildly at a passenger jet from India on its final approach. I thought the cartoon illustrated how quickly decisions are made by governments to go into lockdown these days and how fast the public has to deal with and try to adapt to these obstacles. We are getting used to “pivoting”. The cartoon uses exaggeration to show how quickly the decision to block incoming flights from India was made by the Australian government and the effect it has on people’s lives is expressed by the surprise in the pilot’s words in the speech bubble.

But in these times of the coronavirus I would not be surprised by anything governments do!

Get used to our strange new normal

Jane’s V the sign of a little victory for science

CLASSROOM ACTIVITIES
1. Caption it!
Cartoonist Mark Knight has not used a caption on this cartoon, letting the imagery and, in this case a speech bubble, tell the story.