Ben Simmons surprised Charlie Sweet, 12, in his classroom for the Make-A-Wish Foundation. Charlie has been diagnosed with a rare type of cancer and was granted his wish to meet and play one-on-one with his basketball idol at Carey Baptist Grammar School in Kew. Picture: Alex Coppel

Australian superstar NBA basketball player Ben Simmons made world headlines this week when he returned to his hometown of Melbourne and was refused entry into Crown Casino.

Casino staff said he was denied entry for not showing his identification and because he was wearing camouflage pants, which are not allowed under the dress code*.

The issue went global when Simmons put a video of himself and his friends on his Instagram page claiming he had been refused entry on the grounds of racism*.

Social media lit up and everyone was having their say about whether he was stopped because of the colour of his skin or his clothes.

Crown eventually allowed Simmons and his friends in after they showed their identification. I had never drawn Simmons before and because of all the attention the story was creating I decided it was a good topic for a cartoon.

Simmons is a great person to sketch. He is world famous for his talent and success in America on the national basketball circuit*. And recently he signed a massive $242 million contract with the Philadelphia 76ers, the richest sporting contract ever signed by an Australian sportsman.

One thing that is helpful for my cartoons is that I try to be across lots of news stories and events. This knowledge helps in adding things to your cartoons to make them more interesting.

I was aware that Crown has also been accused recently of trying to attract big spending Chinese gamblers* to Melbourne. Crown would go out of its way to encourage these rich Chinese businessmen to come and gamble and hopefully leave some of their wealth behind at the gambling tables.

Knowing this, I thought it was interesting that Crown had just refused entry to a young man worth a cool couple of hundred million bucks!

I wanted to draw a scene at the casino after the original entry refusal. To add humour regarding the dress code argument, I drew Simmons in his full playing uniform of the 76ers — the baggy singlet and oversized shorts, his chunky gold jewellery and holding a basketball. 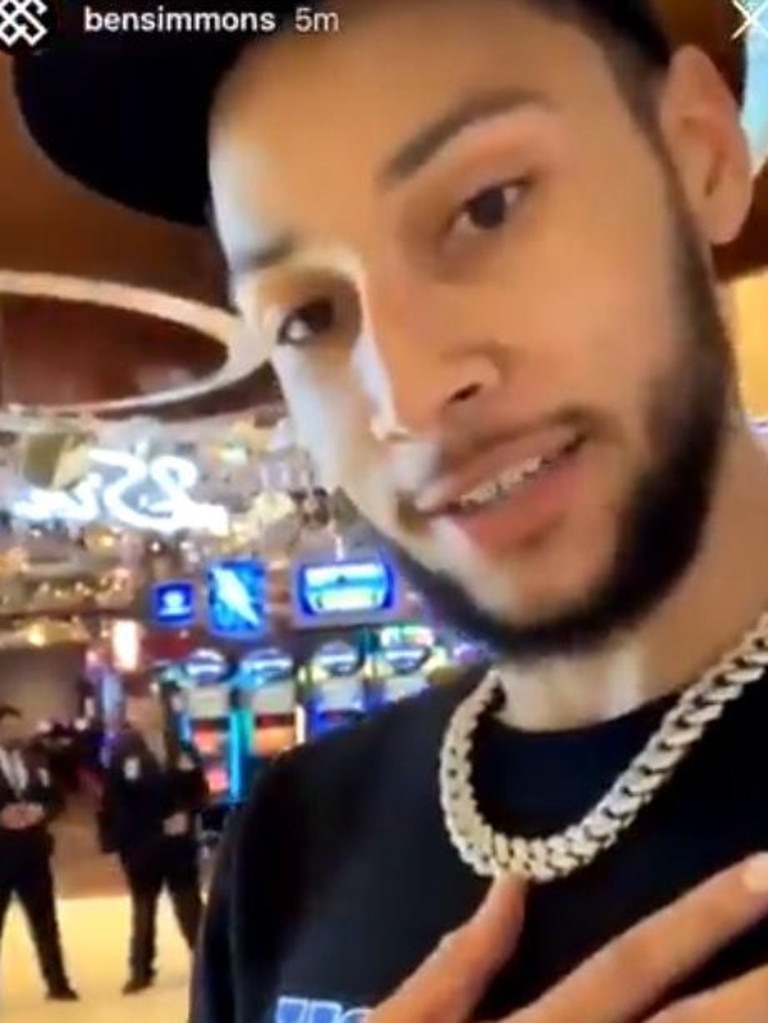 I wanted him surrounded by Crown security staff, tough-looking dudes bending over backwards being uncharacteristically* nice to make up for their earlier misunderstanding*.

Humour is all about the twist. The first part of the joke is to lead your audience one way and then the punchline is delivered from a completely different direction to surprise them.

And so with this cartoon the first caption I thought should be one of the bouncers apologising to Simmons for the terrible misunderstanding that has occurred.

Of course, the young basketballer and the reader are thinking the apology is to correct the thought that he was refused entry on the grounds of his race, which is wrong. But the second caption delivers the punchline and the real reason for Crown’s regret — ”We had no idea what you were worth”.

And that is the thinking behind my cartoon.

Why Barnaby crying poor was a bit rich

Why Mack’s small gesture had a big impact

However, Mark’s cartoon was drawn with an adult audience in mind and he knows that most people who look at it will also have read and watched a lot of news stories about both Crown’s history and the incident involving Ben Simmons. People look at his cartoon with the help of a lot of background knowledge.

Using your sentences to help you, write a new caption for the cartoon or some new thought bubbles or quotes from the people in the cartoon that will make Mark’s meaning clearer for children or people who haven’t been reading the news this week.

HAVE YOUR SAY: Tell us what you think about Ben Simmons being stopped at Crown Casino.
No one-word answers. Use full sentences to explain your thinking. No comments will show until approved by editors.