Part of Mark Knight’s cartoon about the final day of being able to climb Uluru.

I visited Uluru many years ago, but I didn’t climb it.

I was on a work trip through the dead heart of Australia with a journalist to write and illustrate a series of stories on entrepreneurial* Aboriginal business people.

We drove to the rock from the south up through the Pitjantjatjara Lands to interview a local indigenous* tour operator. Permits* were needed to travel in this area, which consisted of miles* and miles of red dirt and blue sky.

At one point we thought we were at Uluru and got excited when we saw a huge monolith* rising out of the desert in the distance, but it was only Mt Connor, which looks sort of similar but is not the famed* rock. A cruel desert trick by the local spirits, we still had hours to drive through the dust on sandy desert tracks! 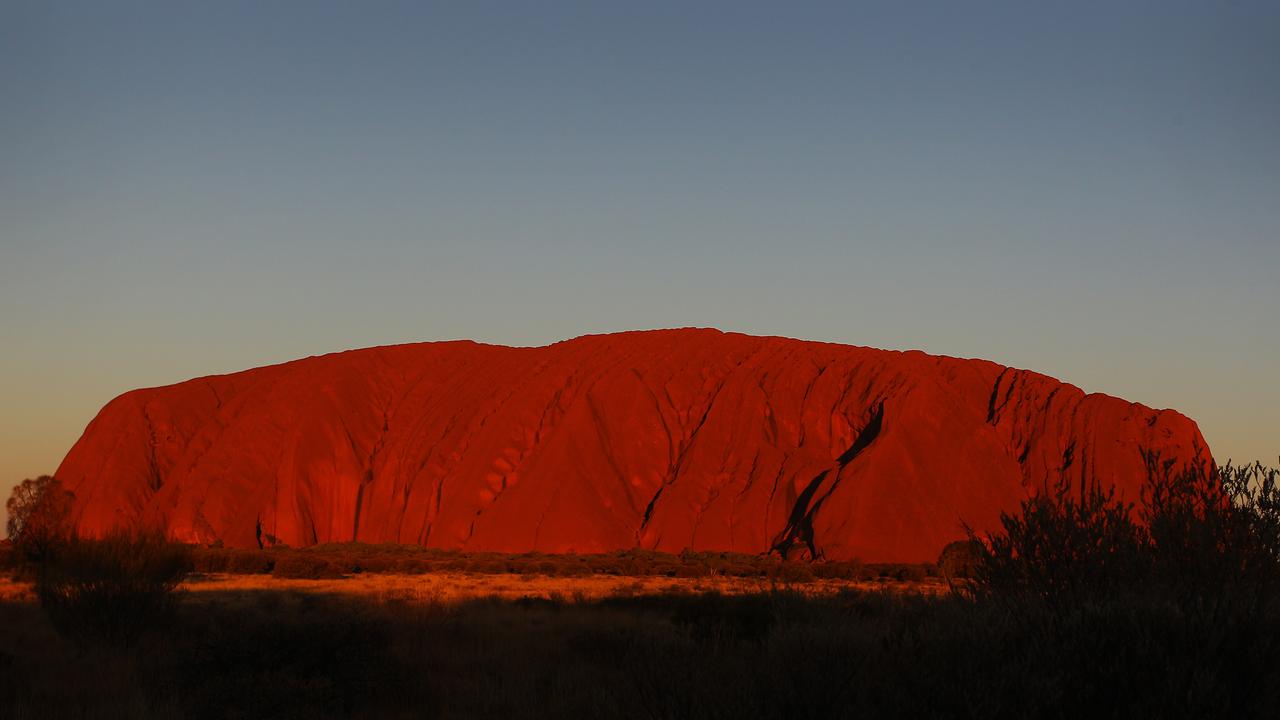 Tourists were climbing up that steep spur*, but our guides asked us not to. They explained that Uluru was not just a rock, but a living part of the landscape, a place of spiritual* significance and should be respected.

That was good enough a reason for us, so we didn’t climb. 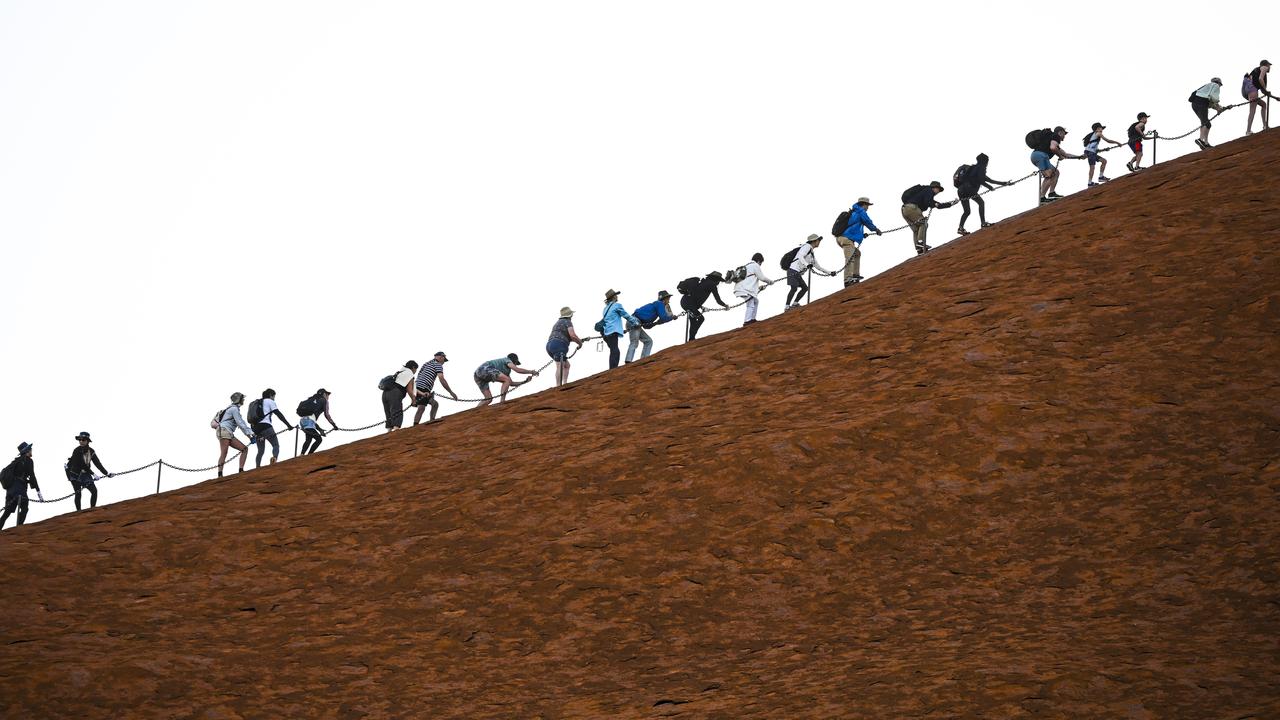 A line of tourists climbing Uluru before the ban took place. Picture: AAP

We walked around the base and there we got to experience the enormous presence of the rock probably more so than climbing it. It towers over you. In other places it offers you shade and comfort. You also get to see all the little canyons, rock caves and waterholes like Mutijulu. When people visit the Australian desert they find it a mystical* place. Uluru is the heart of this experience.

So many years later when the day came that climbing Uluru would be banned forever, I decided to draw a cartoon calling upon my own experiences there.

When you see tourists scaling the rock silhouetted* against the sky, they look like an army of ants on a mission. Mark Knight cartoon about the final day of being able to climb Uluru.

The number of people climbing in the months leading up to the closure had exploded. The last day saw hundreds lining up like it was a Boxing Day sale at Myer! I wanted to capture that image of lots of little people scampering all over Uluru like ants at a picnic.

I remembered what my indigenous guide had said years before, that Uluru was not just a rock but a living part of the landscape, so I pictured it as a sleeping giant.

I drew the rock and in its rocky formations you can see the face of an indigenous man. Dreaming.

The only thing interrupting his dreaming is the army of ants (tourists) climbing all over his face, tickling his nose!

Now with the ban in place he can resume his dreaming in peace!

End of an era as Uluru climb closes

CLASSROOM ACTIVITIES
1. Caption it!
Read Mark’s explanation of what the Uluru cartoon means to him again and write two, three or four short sentences, just to make sure you understand what the cartoon is saying.

Using your sentences to help you, write a new caption for the cartoon or a new thought bubbles from either the climbers or the indigenous man that will make Mark’s meaning clearer for children or people who haven’t been reading the news this week.

HAVE YOUR SAY: Has Mark Knight’s story and cartoon changed how you feel about the climbing ban? Why or why not?
No one-word answers. Use full sentences to explain your thinking. No comments will show until approved by editors.