Inflation dragon turns up the heat Economics is far from boring in Mark Knight’s cartoon about Australia’s battle with inflation, or the rising cost of living.

We are halfway through the election campaign and, if you have been paying attention, you would know that it is basically a referendum* on whether Australians like Labor leader Anthony Albanese’s new glasses or not?

A few other issues have emerged but I see this as the major campaign decider.

Seriously though, one thing that has focused people’s attention is that the inflation rate has skyrocketed. Inflation is when your spending power decreases because of the rise in the price of goods and services you need to live. Everything gets more expensive but you’re still being paid your usual amount, so you get less bang for your buck, so to speak. 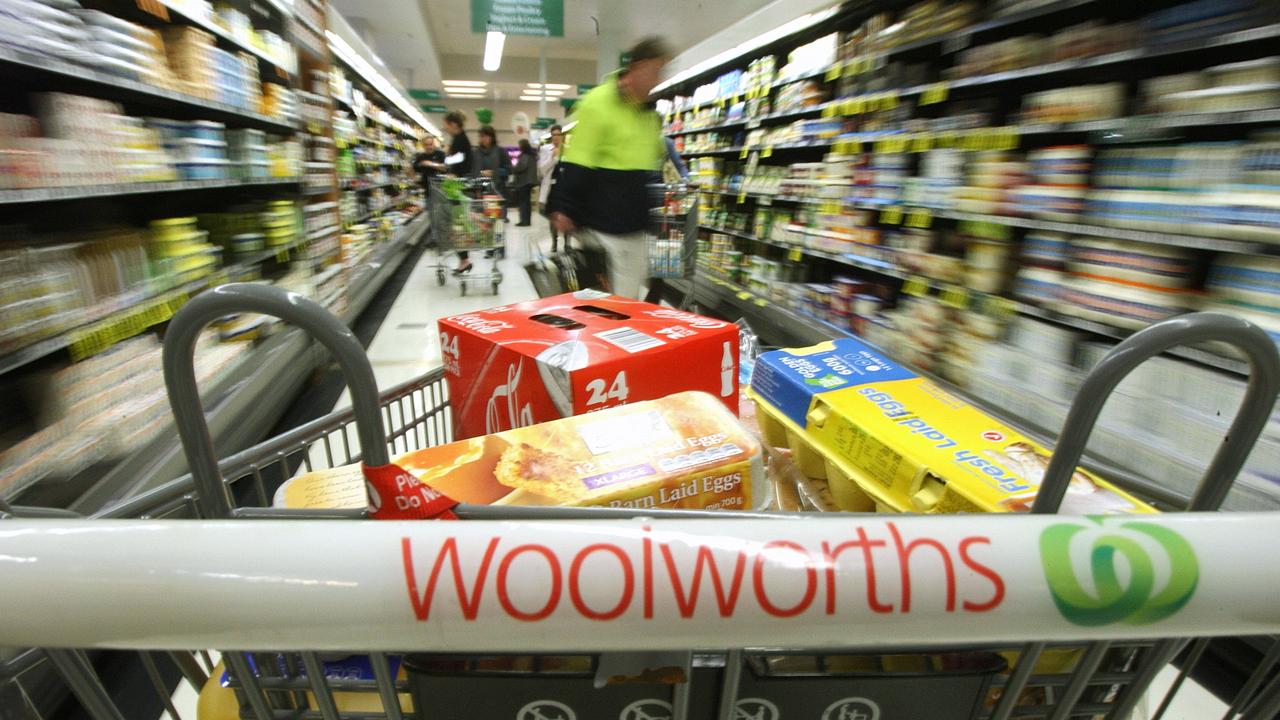 Inflation is when the cost of the things you need to live, such as food from the supermarket, goes up and the money people make doesn’t go up by the same amount or at all. Picture: Sergio Dionisio/Bloomberg

Economics is known as the dismal* science and it doesn’t get any more dismal than making the public’s life harder by raising the interest rate on their home loan and credit card.

On the other hand, it also raises the interest rates that banks and other financial institutions pay on deposits in peoples’ savings accounts. This has the effect of encouraging people to save rather than spend money.

But enough about economics, I can see you’re all starting to drift away and fiddle with your phones.

As a newspaper editorial cartoonist though, I have to comment on financial things from time to time. And the challenge is to make economics interesting, so I tend to use visual metaphors* in my drawings to illustrate complex issues and make them a little bit more fun.

So when inflation – the surge in prices and the cost of living – became an issue during the election campaign, I knew I would have to draw a cartoon about it.

I recalled a comment made back in 2000 by former treasurer of Australia Peter Costello about how he had “slayed* the inflation dragon”. He was describing how he had brought prices under control.

I was intrigued* with this mythical financial beast that burned up the spending power of consumers and I decided to bring it back from the dead in a cartoon on our current inflation challenges.

Naturally rising prices are not good for a government trying to get re-elected and I thought the cartoon must describe how Prime Minister Scott Morrison is under pressure.

Ideas started to flash through my mind: ScoMo fighting the inflation dragon like a knight or something? Hmmm?

The other important piece of information was that the government was handing out $250 cheques to pensioners and those struggling to make ends meet. Those cheques would start arriving in people’s accounts from that day. I started to sketch my inflation dragon. I looked at the dragons from the television show Game of Thrones for inspiration. I pictured it in a suburban street, humungous in size, breathing a jet of fire, huge wings, teeth and scales, crushing parked cars as it walked.

How was I going to add the prime minister fighting this money burning monster?

Then I recalled the $250 the PM was sending to people to help them through the tough times. What if I drew him as a postman on his postie bike riding along the street delivering cheques into letter boxes? Yes!

And behind him, breathing down his neck, the fire breathing inflation dragon! No knight here, it’s ScoMo to the rescue on a postie bike waving a handout!

Who says economics has to be boring!

VCOP ACTIVITY
Stretch your sentence
Find a “who” in the cartoon – a person or animal. Write it down.