Getting used to our strange ‘new normal’ life, where change is the thing we can be sure of 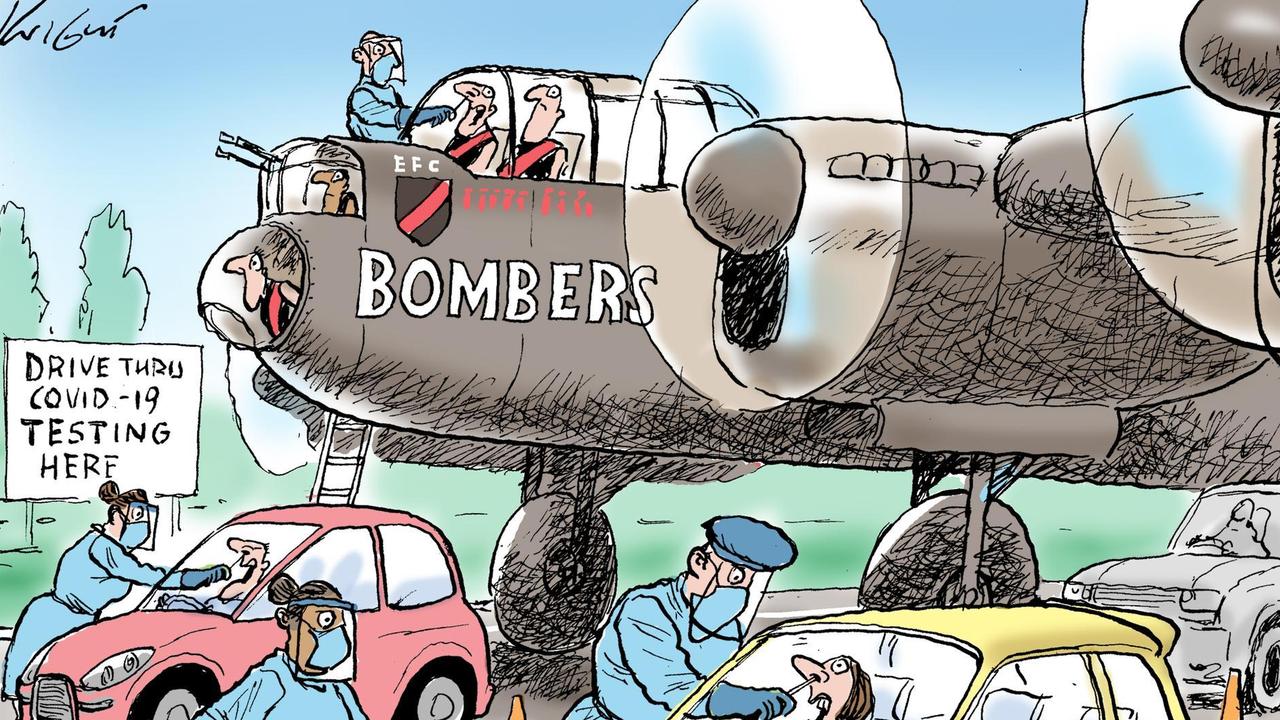 The coronavirus reminded us this week that it is not easily beaten, as we see a resurgence* of virus case numbers in Victoria.

Just when we were seeing zero new cases in a majority* of states, suddenly there was a spike* in infections in Melbourne. Many thought that the worst was over, but this proved that we still had some way to go and still needed to keep up our social distancing, hand washing and staying home if possible.

Victorian health authorities also stepped up testing for COVID-19. Scenes of drivers in cars lined up for blocks outside shopping centres waiting to be tested moved me to draw a cartoon in the newspaper about it. The images of queues of people in vehicles waiting for their turn to have someone in full PPE* stick a long swab* stick up their nose grabbed my attention. We have all been through drive-through McDonalds and KFC but here was a drive-through that was a little different!

So I started sketching drivers lined up having their COVID tests done by health workers, but not really sure what my punchline* would be. Hopefully an idea would come along.

As I worked, a news report came in that an AFL player from the Essendon football club had tested positive to coronavirus and now the whole team would have to be tested. My idea had just landed!

The Essendon AFL footy team are known as the Bombers and their club mascot is a bomber aircraft. I love drawing aeroplanes, and in the past have caricatured* the Essendon club as a WWII Lancaster bomber. The Lancaster was all black, with four huge propeller engines and various machine gun turrets* at both ends of the aircraft. The news that all the Bombers players would have to go off and be tested for the coronavirus gave me an idea. Imagine if they turned up in the Lancaster at one of the drive-through COVID roadside testing stations? It would be quite a sight!

So in the queue of cars patiently waiting for their turn to be tested is a massive WWII bomber with all the Essendon players on-board, all four Rolls Royce V12 Merlin engines are roaring as it sits in line. The humorous* aspect* is that no-one sees anything strange about this aircraft waiting in line, it’s as if it’s just a Toyota Corolla sitting there. The health workers are going about their job of testing the people through their car windows and one worker has set up a ladder so they can climb up to the cockpit* and test the Bombers player at the controls. Situation normal! And maybe it is.

Perhaps the cartoon illustrates the phrase “new normal”, a term that is used to describe life these days living with COVID-19. Our new normal is change, seeing and doing things we never ever thought we’d see or do and having to deal with it. A WWII bomber lining up for a virus test might be one of those things!

However, Mark’s cartoon was drawn with an adult audience in mind and he knows that most people who look at it will also have read and watched a lot of news stories about both the AFL and coronavirus. People look at his cartoon with the help of a lot of background knowledge.

Using your sentences to help you, write a new caption for the cartoon or some new thought bubbles or quotes from the people in the cartoon that will make Mark’s meaning clearer for children or people who haven’t been reading the news this week.

VCOP ACTIVITY
Stretch your sentence
Find a ‘who’ in the cartoon, a person or animal.

HAVE YOUR SAY: What do you find strangest about our “new normal” lives since COVID-19 began?
No one-word answers. Use full sentences to explain your thinking. No comments will be published until approved by editors.