Despite the serious plight* we face with coronavirus, sometimes I feel it’s the cartoonist’s job to make us laugh.

Over the past six months I’ve drawn cartoons about devastating bushfires and then the COVID-19 pandemic and then racism after the death of George Floyd in the US. It has been hard finding the humorous side of these topics. They are serious events and require much thought.

As a cartoonist I felt I was really earning my money with the laughs hard to find at a time when we most need it!

True, not all political cartoons are meant to be funny. They can be satirical* and they can also be devastatingly* serious. Take our summer bushfires for example.

But there was a story this week that made me laugh when I saw it. It was the Federal Health Minister Greg Hunt. I shouldn’t complain about my job when you look at what he has had to deal with this year!

Due to the second wave of COVID-19 in Victoria, we are now all encouraged to wear a face mask to stop the spread of the virus from person to person. Mr Hunt was giving a press conference to the media and as he finished he decided to emphasise his point about wearing protective equipment and went about putting on a disposable paper face mask, obviously to show how easy and simple it was.

Well, we all know when you try to do something in front of a camera, things don’t turn out quite as you would like them to, and this was the case with Mr Hunt when he attempted to put on his mask. Simply, he made a meal of it. It went over his eyes, then it flicked off his ears like a slingshot, he wrestled a bit more with it until finally it was on, if a little skew-whiff!

I saw this and thought that I had to draw his attempt at mask wearing. As governments are making us wear masks now, I thought it might strike a chord* with readers who are experiencing their own difficulties with wearing the face coverings. I would use my cartoonist’s licence* to exaggerate and animate the scene.

Even though my cartoon is a static* image, if I drew it in a number of panels I could go through each step of his struggle. And I thought wouldn’t it be good to draw a cartoon that would make people laugh in these difficult times!

Let me say that Mr Hunt is a hardworking minister and has done a great service encouraging the use of masks and I apologise to him in this column for taking the mickey* out of him! I’m sure he saw the funny side.

So I started to draw, first the mask was over the eyes, the next panel he had an arm through it. Then he had it on like a bikini top, then after more struggles it looked like he was wearing the mask as underpants. I was having fun! 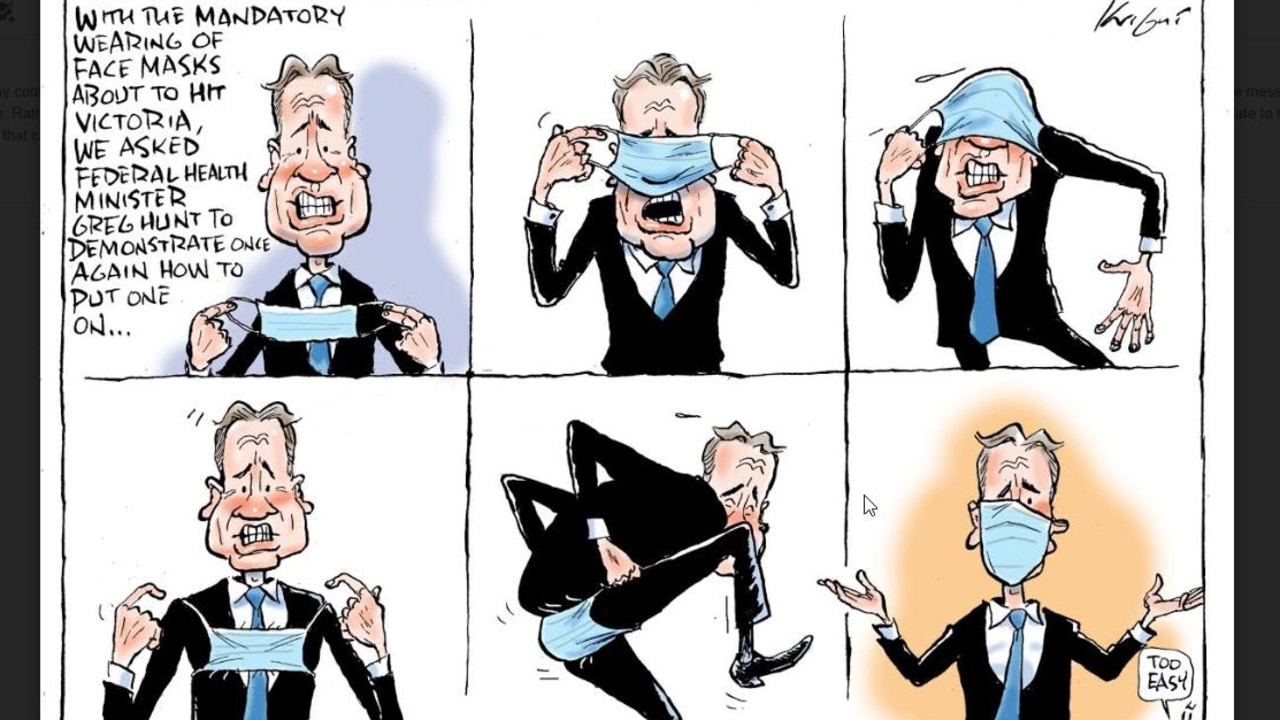 We call this type of humour slapstick. It’s one of the oldest forms of comedy, the modern equivalent today being the funniest-home-video-style shows where we see people doing stupid things accidentally. Human bloopers. For some reason it makes us laugh. I did chuckle several times while drawing this one.

I promise I’ll try to be more serious next time. 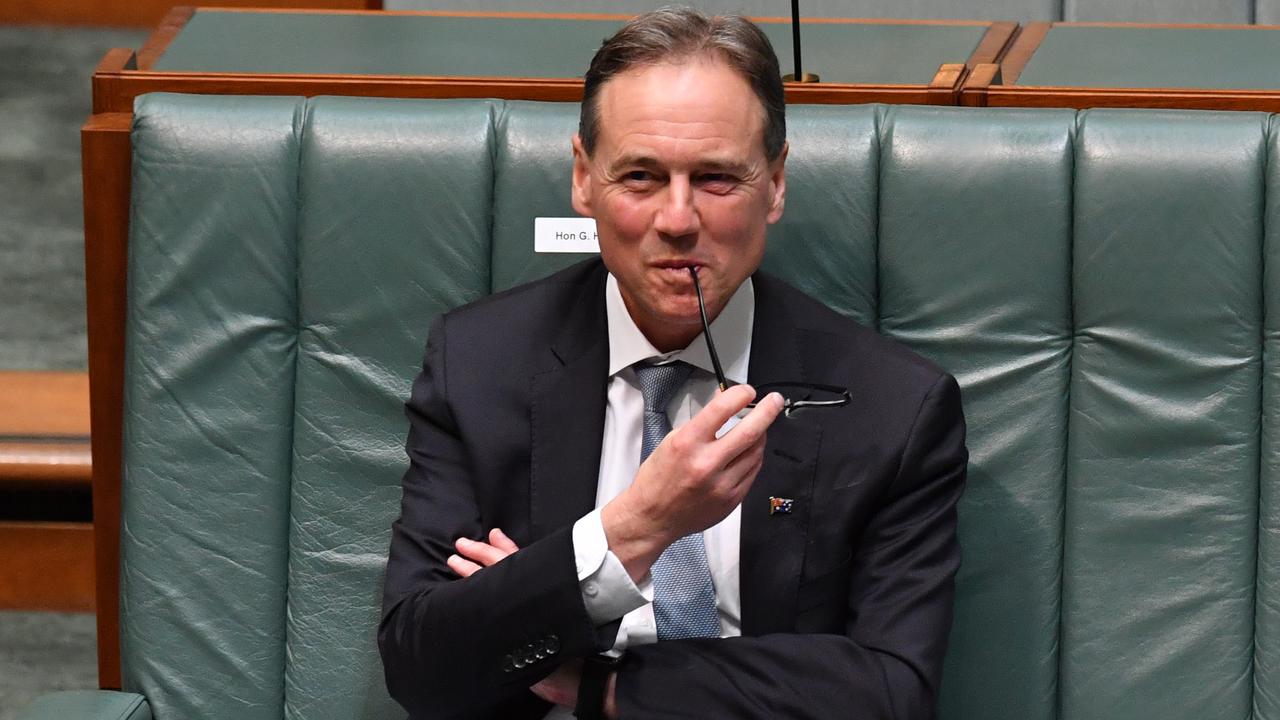 Minister for Health Greg Hunt during Question Time in the House of Representatives at Parliament House on June 11, 2020 in Canberra, ACT. Picture: Getty Images

Breaking the rules is no laughing matter

CLASSROOM ACTIVITIES
1. What Happens Next?
Imagine this cartoon is part of a story that is made up of three cartoons. The three cartoons tell a complete story, and Mark’s cartoon is either the start, the middle or the end of the story. Think about what the story could be and draw the other two cartoons that tell the story, either before or after this one.

HAVE YOUR SAY: Which Kids News story would you draw a cartoon about?
No one-word answers. Use full sentences to explain your thinking. No comments will be published until approved by editors.