Hollywood movies are big news these days, with films such as those in the Marvel series, Harry Potter or Star Wars dominating our cultural landscape. Sometimes I use these hugely popular movies or pop stars’ songs in my political cartoons as a way of telling a political story through the movie’s iconic characters or songs.

For example, previously I have drawn US President Donald Trump as Darth Vader from Star Wars. Both Vader and Trump are powerful figures controlling empires and drawing President Trump in Vader’s likeness was a way of helping me describe his political power in the White House. This is what we call a metaphor. Just recently, The Beatles, one of the most famous bands in the world from the 1960s, celebrated the 50th anniversary of the highly acclaimed* album Abbey Road.

The record contained some of history’s most recognisable pop songs that have stood the test of time an are still relevant and listened to this day.

The Beatles — John Lennon, Paul McCartney, Ringo Star and George Harrison — became rock legends and sold millions upon millions of albums worldwide because of their songs.

But the album Abbey Road is not just famous for its music, but also for its album cover. Created in an era when music was listened to on vinyl* records, the cover was all important. And the cover of The Beatles’ Abbey Road album became iconic because of its simplicity. It featured the four members of the band walking across a pedestrian crossing in suburban* London just near the Abbey Road studios where they recorded the songs. Most of the world knows this photograph, it is instantly recognisable.

When I heard about the album’s 50th anniversary, I knew I had to draw a cartoon about it. It was making big news that day and people in their thousands were gathering in Abbey Road to recreate the photo of The Beatles crossing the road. 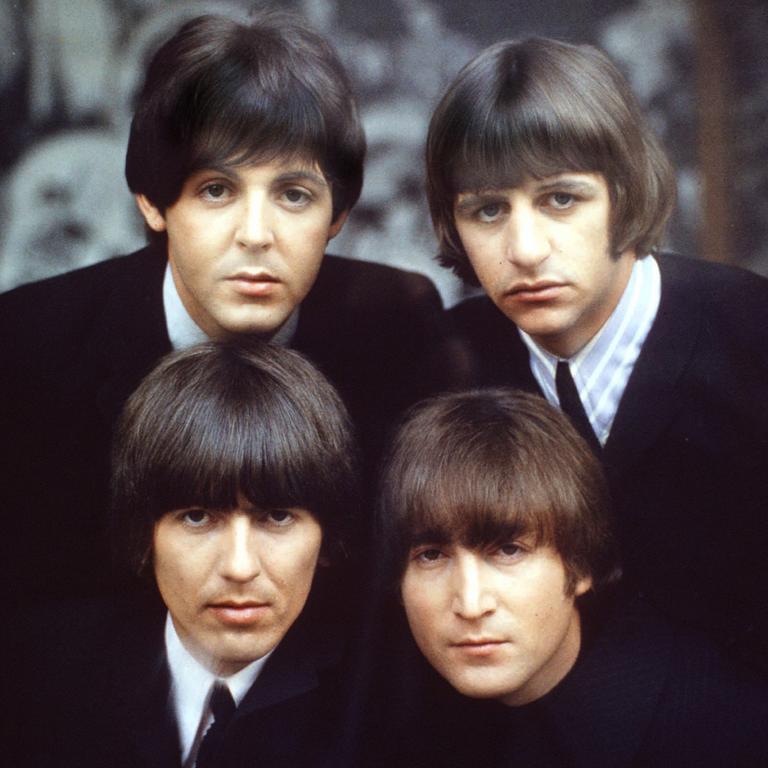 But what would I say about it? The cover had been written about and analysed* for 50 years. Was there anything left to say?

Only band members Paul and Ringo are still alive, could I do something on how they may feel about the anniversary and the passing of their mates John and George? Indeed, I had drawn the same scene in a cartoon when George died in 2001. John was sadly killed by a crazed fan in 1980.

Then I thought about how tourists love to go to Abbey Road and recreate the famous picture with themselves photographed crossing the road. Could I recreate the photo in a cartoon with different people?

VIDEO: Hysteria in Adelaide in 1964 when The Beatles toured.

That’s when my cartoonist’s brain started to go into overdrive. I liked that concept, my mind raced. Who I could use? Politicians maybe? Who has been in the news lately?

That’s when it hit me that Donald Trump had to be in the picture. But who else? I thought about Trump. He has been praising new British PM Boris Johnson. Johnson is a British version of Trump. He has crazy hair, too.

Then there is the President’s other world leader friend, little Kim Jong-un from North Korea. I should definitely put him in as another member of Trump’s quartet*! He has crazy hair also!! Then the fourth and last member — it had to be the Russian leader Vladimir Putin who Trump has had an on again/off again bromance* with.

The band was complete. 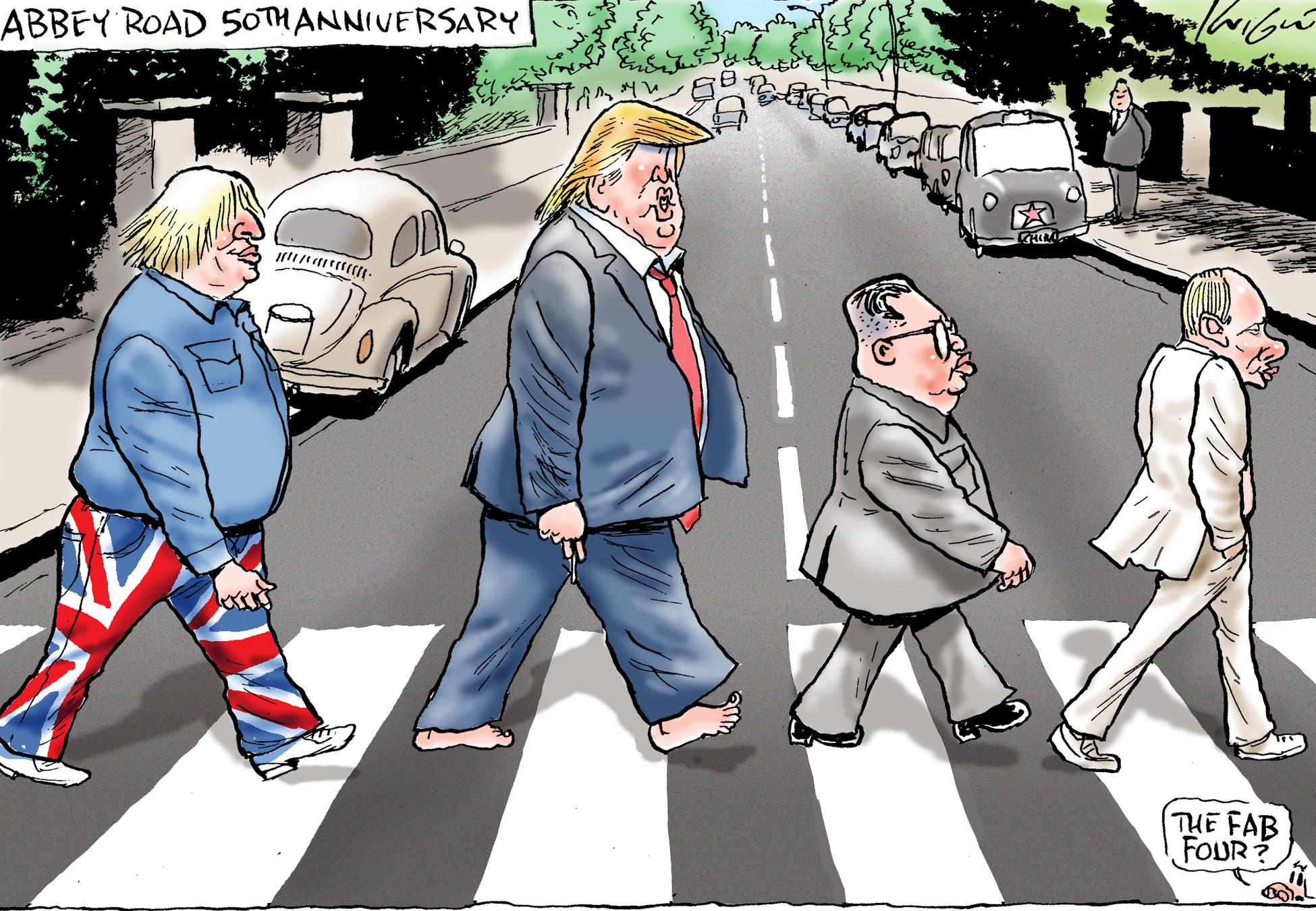 With my characters decided, the secret to the cartoon was to draw the scene exactly as it was pictured on the record cover. It would be a humorous sight seeing these four highly individual politicians crossing the road.

I laughed while I was drawing it.

The Beatles were four highly individual musicians who changed the world with their music. They were nicknamed the “Fab Four” for good reason. My cartoon in paying tribute to the Abbey Road album aimed to make commentary on a new political Fab Four who are changing the world with their politics.

The question the cartoon poses is this change one for the better like The Beatles’ musical legacy, or is it a change for the worse?

Time will tell and as one of the songs on the album goes, “You’ve got to carry that weight a long time!”

Crown ban on Simmons was a bit of a gamble

Why Mack’s small gesture had a big impact

What Trump and the moon landing have in common

CLASSROOM ACTIVITIES
1. Same, same but different
Mark Knight said the secret to his cartoon working was to draw the scene exactly as it was pictured on the record cover. But he has added some elements for humour and to reflect that this quartet is a modern Fab Four.

Draw a table with two columns headed THE SAME and DIFFERENT and list all the things you can see that are an exact match or have been changed.
(Hint: is the street scene the same, are the Fab Four wearing exactly the same clothes etc?)

Do I use visual metaphors (an image that the viewer is meant to understand as a symbol for something else), multiple panels or symbolism (when one idea, feeling or emotion is represented by something else such as a: picture, character, colour or object)?

HAVE YOUR SAY: What do you like about Mark Knight’s Fab Four cartoon this week? Did it make you laugh?
No one-word answers. Use full sentences to explain your thinking. No comments will show until approved by editors.