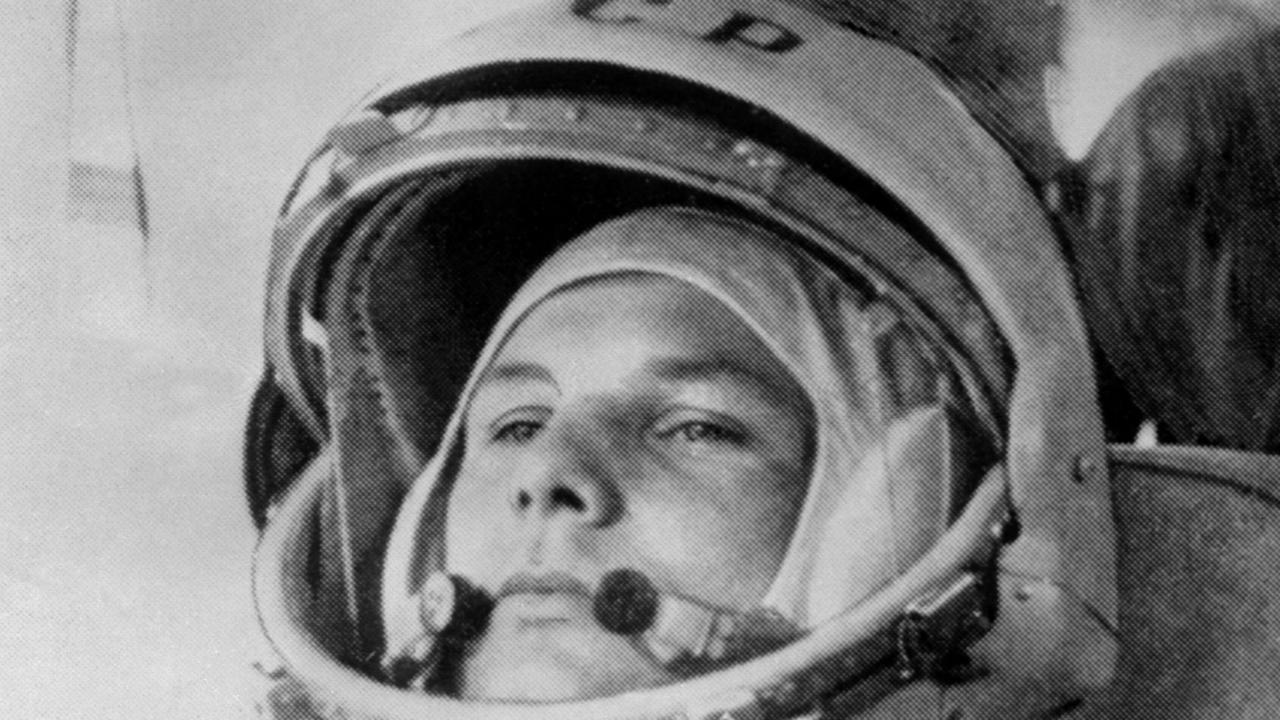 Russian Yuri Gagarin prepares to board the Soviet Vostok I spaceship on April 12, 1961. Picture: AFP

For thousands of years, humans dreamed of flying into space and landing on the moon.

Books were written about it and movies showed what filmmakers imagined the moon would look like.

But it wasn’t until the 1950s that such space travel became a reality.

Probes, rockets, animals and finally humans were propelled* into the great unknown of our universe in the search for answers about what exists in outer space.

Post-war testing of rockets in the US started at the White Sands Proving Ground in New Mexico. The first-ever liquid-fuelled rocket to be funded by the US Government was the WAC Corporal, which launched on October 11, 1945 and reached an unimpressive altitude* of 71.5m.

In 1949, the first US rocket to reach what can be regarded as “outer space” was also launched from the White Sands site.

The rocket, a modified German V-2 ballistic missile, reached the never-before-achieved altitude of 392km, putting it well above the Karman line later established by the Federation Aeronautique Internationale as the dividing line between the edge of the Earth’s atmosphere and geospace*. 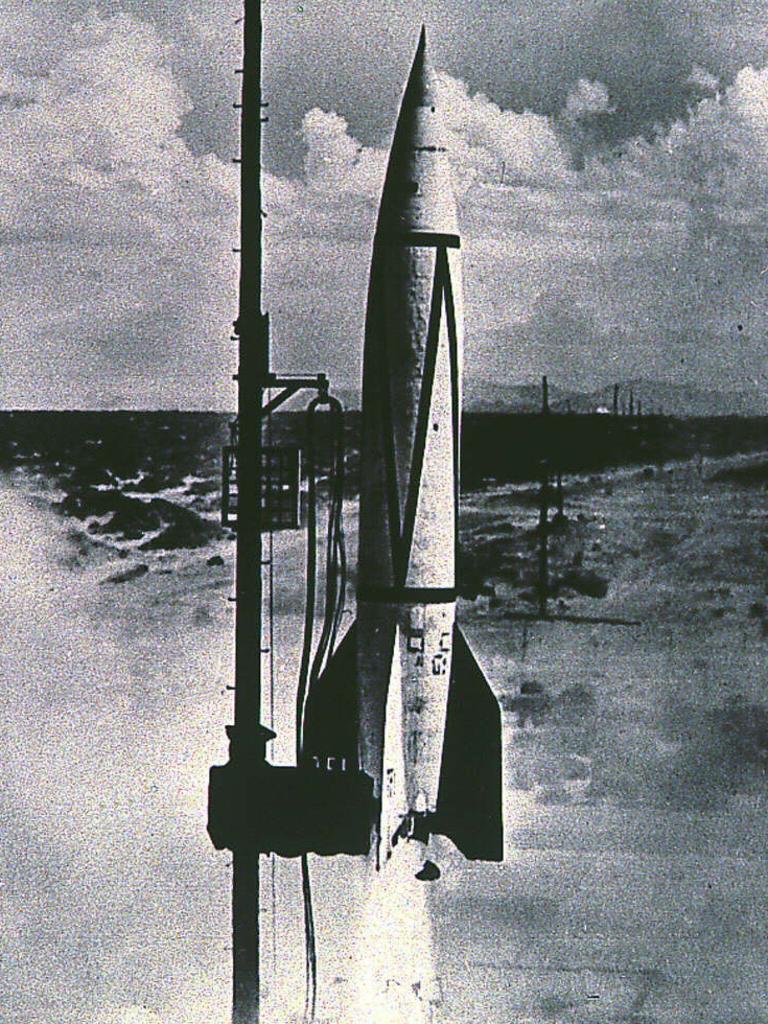 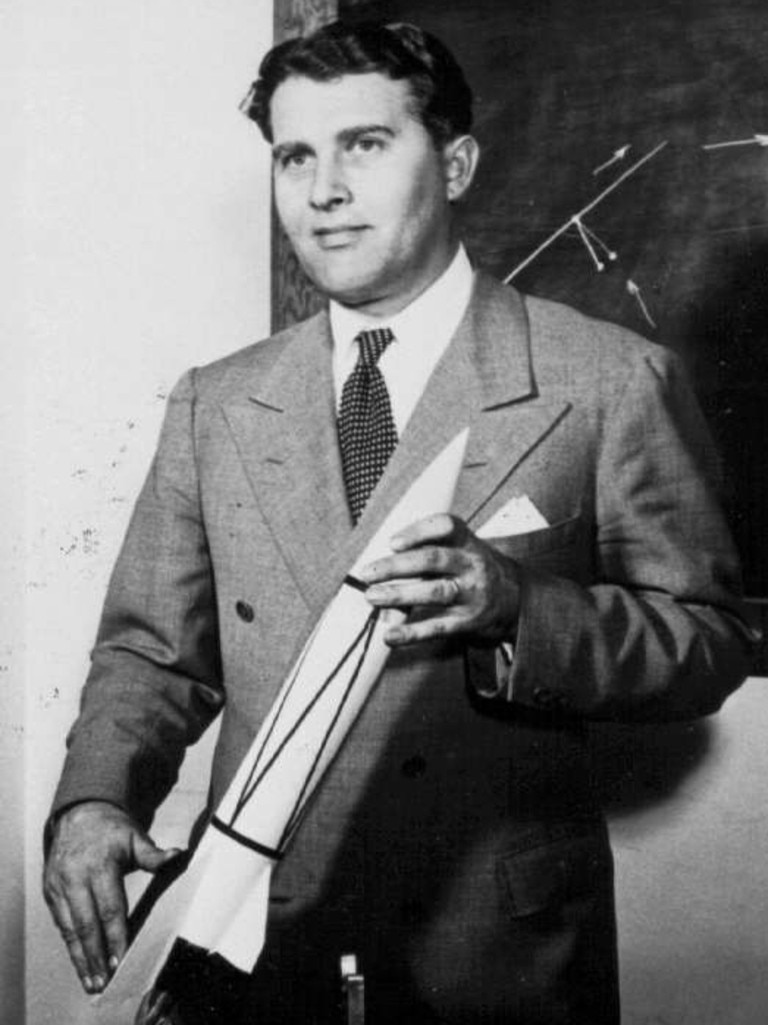 ANIMALS IN SPACE
Fears of what space travel and weightlessness could potentially do to humans meant the US and the former Soviet Union had been putting animals into rockets since 1947.

Animals — mainly dogs, monkeys and chimps — were used to test the safety and feasibility* of launching a living being into space and bringing it back unharmed.

The first animals to reach space were fruit flies. On February 20, 1947, the US put the insects into the noses of captured German V-2 rockets to study radiation* exposure at high altitudes.

The first mammal in space was Albert II, a Rhesus monkey. Albert I’s mission had been unsuccessful, but the second monkey named Albert reached a distance of 133km on June 14, 1949.

Albert II was made unconscious during flight and implanted with sensors to measure his vital signs. Unfortunately, Albert II died upon impact at re-entry.

The first dogs launched, Tsygan and Dezik, were aboard the R-1 IIIA-1. The dogs reached space on July 22, 1951, but did not orbit. They were the first mammals successfully recovered from spaceflight. Russian dog Laika who was sent into space on the Sputnik II satellite. She did not survive.

Laika the Dog
The first being to orbit the Earth was a female part-Samoyed terrier originally named Kudryavka (Little Curly) but later renamed Laika (Barker). She weighed about 6kg. The cabin on the spacecraft Sputnik 2 allowed enough room for her to lie down or stand and was padded.

An air system provided oxygen while food and water were given to her in a gel form.

Laika was fitted with a harness, a bag to collect waste, and electrodes* to monitor her vital signs. Early data indicated Laika was agitated but eating her food.

There was no capability to return crew safely to Earth at this time, so it was planned that Laika would run out of oxygen after about 10 days of orbiting the Earth. however, because of the heat problems experienced onboard, she probably only survived between one and two days. Some believe she died within hours after takeoff.

The mission provided scientists with the first data on the behaviour of a living being orbiting in the space environment.

Other interesting experiments involving animals in space were:

November 9, 1970: Two bullfrogs were launched on a one-way mission to learn more about space motion sickness.

July 28, 1973: Two garden spiders named Arabella and Anita were used to study how orbiting Earth would impact spiders’ ability to spin webs. Arabella spun a fairly symmetric* web even though the thread thickness varied — something that earthbound spiders don’t experience.

November 7, 1975: Tortoises set the record for the longest time an animal had spent in space when they lasted 90.5 days.

July 10, 1985: Ten newts flew on board the Bion 7. Their front limbs were cut off to study regeneration* in space to better understand how humans might recover from space injuries.

THE SPACE RACE
After the Second World War ended in 1945, a new conflict known as the Cold War began.

This battle saw the world’s two great powers — the United States and the former Soviet Union — fighting each other.

Beginning in the late 1950s, space would become another dramatic part of this battle.

The race to be first to put a man into space and then a man on the moon was a priority and a matter of pride with millions of dollars spent in both nations. 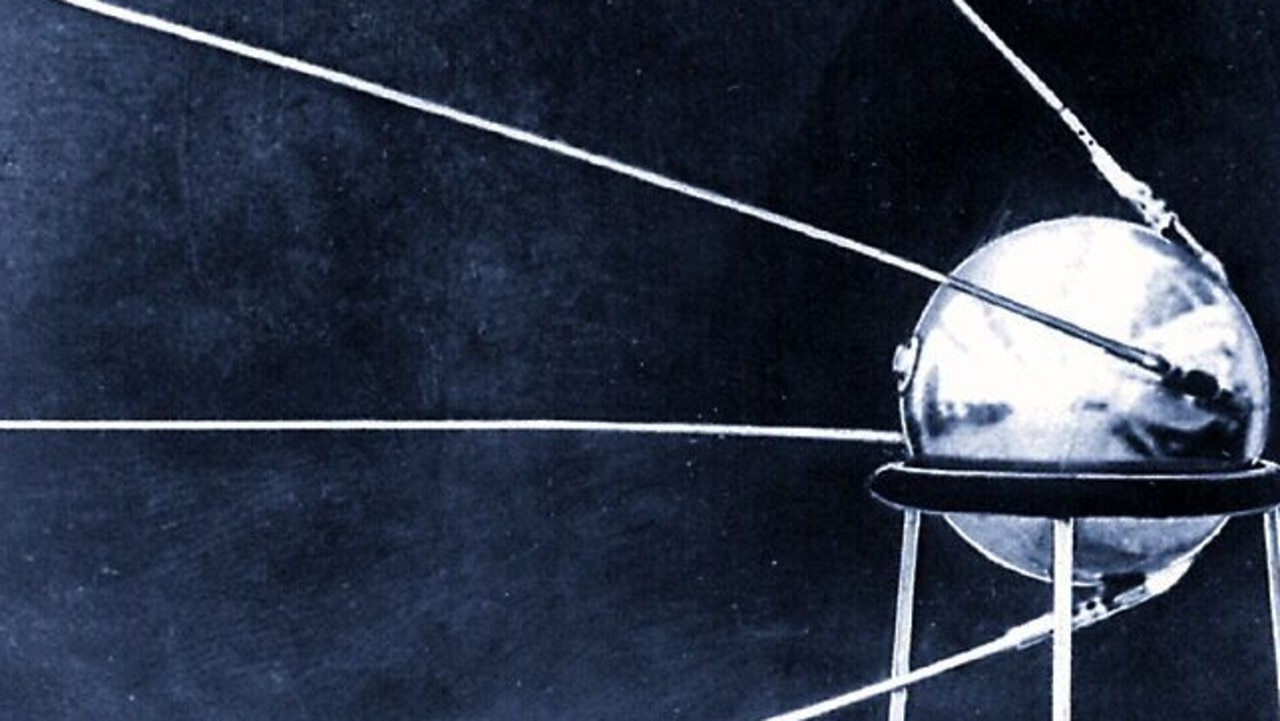 Explorer 1: In 1958, the US launched its own satellite, Explorer I, designed by the US Army under the direction of rocket scientist Wernher von Braun.
That same year, President Dwight Eisenhower signed a public order creating the National Aeronautics and Space Administration (NASA), a federal agency dedicated to space exploration.

President Eisenhower told NASA to choose only military test pilots for the astronaut program with candidates to be no taller than 5 feet 11 inches (180cm), between the ages of 25 and 40, and have at least 1500 hours of flying time.

NASA considered 508 servicemen. During tests, the pilots were shaken, blasted with noise, made to sit with their feet in ice water, and forced to blow up balloons until they were exhausted.

In 1959, seven men were chosen for the NASA program. They were: Scott Carpenter, Gordon Cooper, John Glenn, Gus Grissom, Wally Schirra, Alan Shepard, and Deke Slayton.
Known as the Mercury Seven, they created a new profession and established the image of the astronaut for decades to come.

Luna 2: In 1959, the Soviet space program took another step forward with the launch of Luna 2, the first space probe to hit the moon. The mission confirmed that the moon had no noticeable magnetic field and found no evidence of radiation belts.

Sputnik 2: The second Soviet spacecraft launched into Earth’s orbit carrying the first being into space — the experimental dog Laika (see more under Animals in space above).

The dog cabin was equipped with a television camera, sensors to measure cabin pressure and temperature, as well as the dog’s blood pressure, breath frequency and heartbeat. These instruments allowed ground controllers to monitor how Laika functioned and died in space.

Explorer 6: Launched on July 8, 1959, Explorer 6 was a small, round satellite designed to study trapped radiation.

It also tested a scanning device designed for photographing the Earth’s cloud cover.
On August 14, 1959, Explorer 6 took the first image of Earth ever by a satellite. It was over Mexico at an altitude of approximately 27,000km. The image was a very poor picture of the north central Pacific Ocean, transmitted to a ground station in Hawaii over 40 minutes. Vostok 1: The first spacecraft to carry a human launched on April 12, 1961, with Russian Yuri A. Gagarin onboard.

Concerns about nasty reactions to the weightlessness meant the manual controls on the spacecraft were locked before launch and the entire flight was under the control of ground staff.

Radios, a life support system, instrumentation, and an ejection* seat were placed in the cabin, which was attached to a service module that carried additional equipment.

This module was separated from Gagarin’s cabin on re-entry.

After one orbit, the spacecraft re-entered the atmosphere and landed in Kazakhstan about 1 hour 48 minutes after launch. Gagarin successfully ejected from the craft before it landed.

On May 5, 1961, less than a month after Gagarin’s flight, the US sent astronaut Alan Shepard into space. His 15-minute sub-orbital flight didn’t impress the Russians, but it did prove that the Americans were still in the race.

Then, in August, a second Soviet flight lasted 25 hours, circled the globe 16 times, and landed safely.

This flight lasted three days and, for most of this time, Vostok 6 flew with Vostok 5 maintaining two-way radio communications and establishing communications with Earth at regular intervals. TV pictures of the cosmonauts in their cabins were relayed to Earth, and a series of medical and scientific experiments were completed. After 48 orbits in 70.7 hours, the spacecraft landed on June 19, 1963, northeast of Karaganda.

RACE TO THE MOON
From 1961 to 1964, NASA’s budget was increased almost 500 per cent, and the lunar landing program eventually involved 34,000 NASA employees and 375,000 employees of industrial and university contractors.

On September 12, 1962, former US president John F Kenney delivered his now-famous speech detailing how the US was going to achieve the impossible and land a man on the moon.

The Apollo program suffered a setback in January 1967, when three astronauts were killed after their spacecraft caught fire during a simulated launch.

Meanwhile, the Soviet Union’s lunar landing program was advancing carefully, partly due to internal debate over whether it was necessary and because of the death (in January 1966) of Sergey Korolyov, chief engineer of the Soviet space program.

For their part, the Soviets made four failed attempts to launch a lunar landing craft between 1969 and 1972, including a spectacular launch-pad explosion in July 1969. Apollo 9: This was an Earth-orbiting mission that tested the Apollo lunar module for the first time. The lunar module was designed to bring astronauts to the surface of the moon and NASA wanted to be sure the spacecraft worked well in Earth orbit before testing it at the moon.

Apollo 10: This mission was a complete staging of the Apollo 11 mission without actually landing on the Moon. The mission was the second to orbit the moon and the first to travel to the moon with the entire Apollo spacecraft configuration.

Astronauts Thomas Stafford and Eugene Cernan flew inside the lunar module to within 14km of the lunar surface achieving the closest approach to the moon to date.

You can learn more about Armstong, Edwin Aldrin and Collins in our next story.

HAVE YOUR SAY: Would you be brave enough to travel into space on a rocket that had never been tested with humans?
No one-word answers. Use full sentences to explain your thinking. No comments will show until approved by editors.