It pays to look carefully at coins you’re given as a tiny error on one could make it very valuable.

Check your change and empty your money box!

You may be the owner of coins that contain mistakes or imperfections* that could make them worth thousands of dollars.

Collectors go crazy for tiny minting* errors that occur when they are made at the Royal Australian Mint in Canberra, ACT.

The errors are mostly so subtle* they go unnoticed to the untrained eye.

A 5c piece from 2007 that incorrectly had the Queen’s head on both sides of the coin was sold for thousands of dollars.

Town Hall Coins and Collectables expert Matthew Thompson told The Daily Mail this mistake was named a “double-obverse”. Obverse is what coin experts call the side with the Queen’s head on it.

“That one was in top-end condition and so was worth thousands. One in really poor condition, you’d still be looking at a few hundred for.”

Mr Thompson said a simple check through the coins could earn the eagle-eyed enthusiast a lot of money.

“People don’t expect institutions like the mint to make mistakes,” he said.

“But from time to time things can go awry*. If you see mistakes on a coin, if you have something interesting, odd or out of place, then other people are likely to find it interesting, too — that’s why people collect.”

Mr Thompson said a $1 piece in 2000 was accidentally stamped with the head from a 10c piece.

“It (the head side) is slightly smaller, so it gives a double-ring effect,” he said.

“If you see two rings on your dollar coin, it could be worth a few hundred or up to $4000 in really good condition.”

About 6000 of these were made but that number is unconfirmed. A more common mistake is a kangaroo on the $1 coin appearing to have rabbit ears. These coins can be worth about $30. 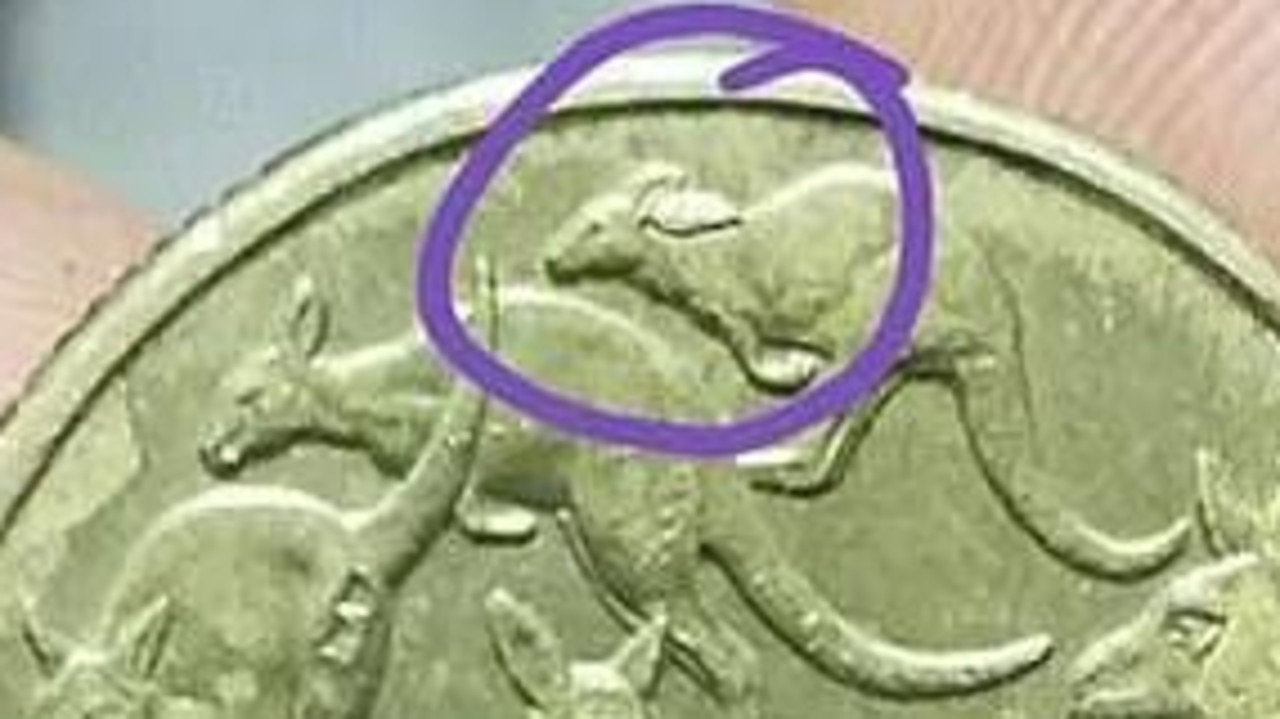 Are they rabbit ears on a kangaroo? Picture: Facebook

The Facebook page Detecting Downunder discusses another rare currency that has a slightly curly “2” on the 20 cent piece from 1966. These can fetch up to $2000.

“If you happen to find one of these little beauties, it could be worth big money as these coins are currently selling for between $350 and $800 EACH on eBay, with one at $2000, and they’re only getting more valuable each year,” the Facebook post said.

The faulty coin has a wavy top edge on the base of the number “2”. 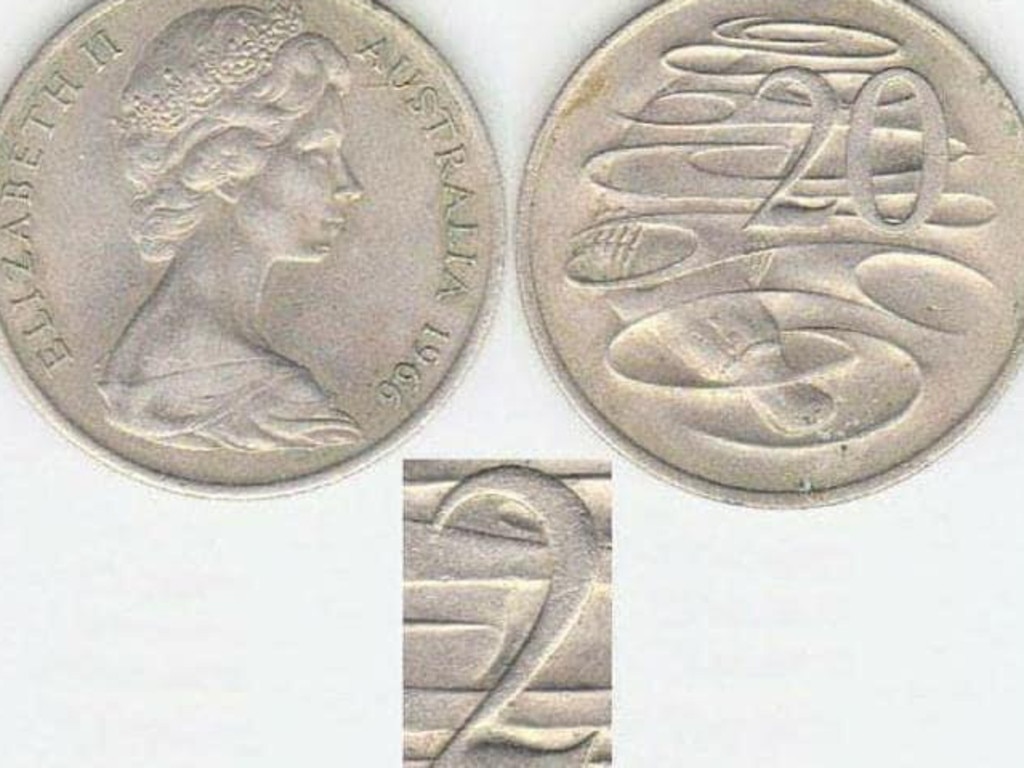 This fancy little wave in the ‘2’ is rare and makes the coin worth about $2000. Picture: Facebook

CLASSROOM ACTIVITIES
1. More than money
Lots of people love collecting coins. Did you know that coins can help us learn a lot about the country and the time they come from? Write a list of all of the things that people in the future could learn about Australia in the 21st century from studying our coins.

2. Extension
Matthew Thompson said: ‘if you have something … odd or out of place, then other people are likely to find it interesting, too.’

Think about this idea. It’s not just about collecting, it can be true about other things. Write a story inspired by this idea. The purpose of your story is to help other kids understand why sometimes it’s important to accept people and things which are ‘odd or out of place.’

VCOP ACTIVITY
Punctuation thief
Pick a paragraph from the article, or about 3 sentences together if that’s easier, and rewrite it without the punctuation. At the bottom of the page write a list of all the punctuation you stole and in the order you stole it. For example: C , . C .

HAVE YOUR SAY: Have you ever seen a coin with a mistake?
No one-word answers. Use full sentences to explain your thinking. No comments will be published until approved by editors.