The Royal Australian Mint has made history after releasing the first Australian coin featuring a secret code.

The groundbreaking new 50 cent coin has been launched to mark the 70th anniversary of the Australian Security Intelligence Organisation* (ASIO).

It was released this week at the same time as the Mint’s new “Coincryption” competition, which celebrates the secret world of spies and espionage*. 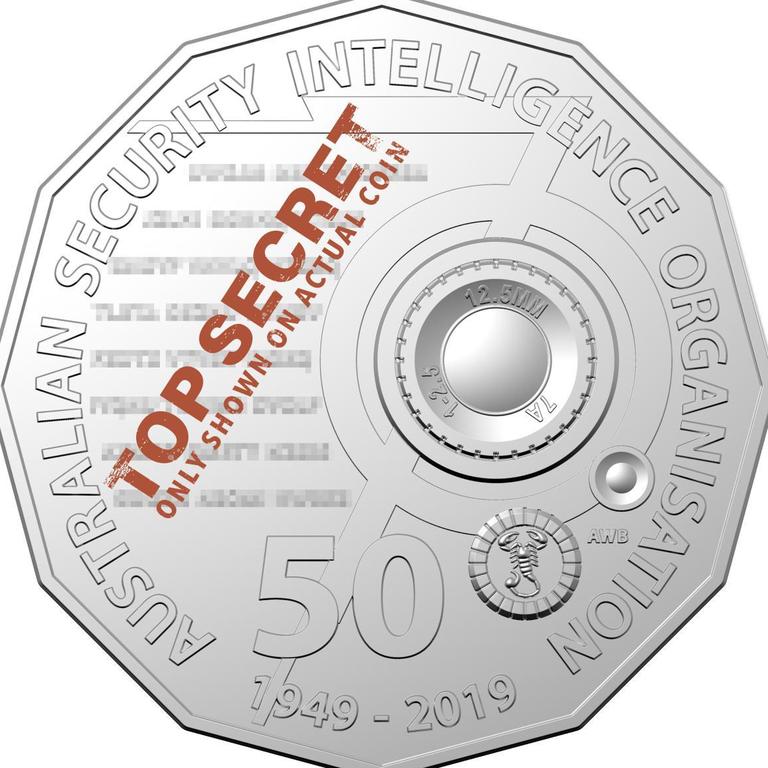 Each coin features an encrypted message, which we can’t show you here, so it’s been covered with “TOP SECRET”. Picture: Royal Australian Mint

Each coin features an encrypted* message — similar to those used during the Cold War* — and if you’re able to decode it, you can score a one-of-a-kind ASIO coin.

The coins come with a “one-time pad” — a type of unbreakable code technique — that was previously used by the Soviet* intelligence service, the KGB. 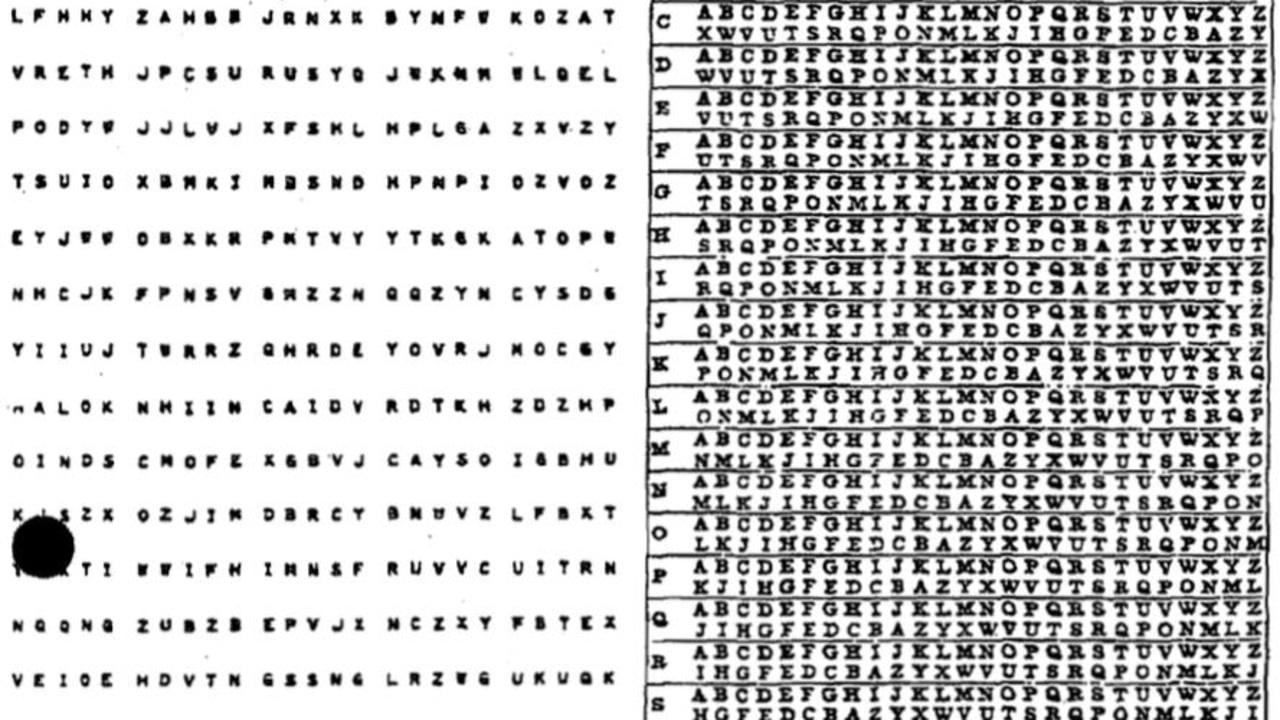 An example of a “one-time pad” that spies used to send messages. Picture: US National Security Agency

Once you buy a coin, you can enter your encrypted code into the online Coincryption competition, which closes on December 2.

You will then be in the running to win the only ASIO-designed coin in history. 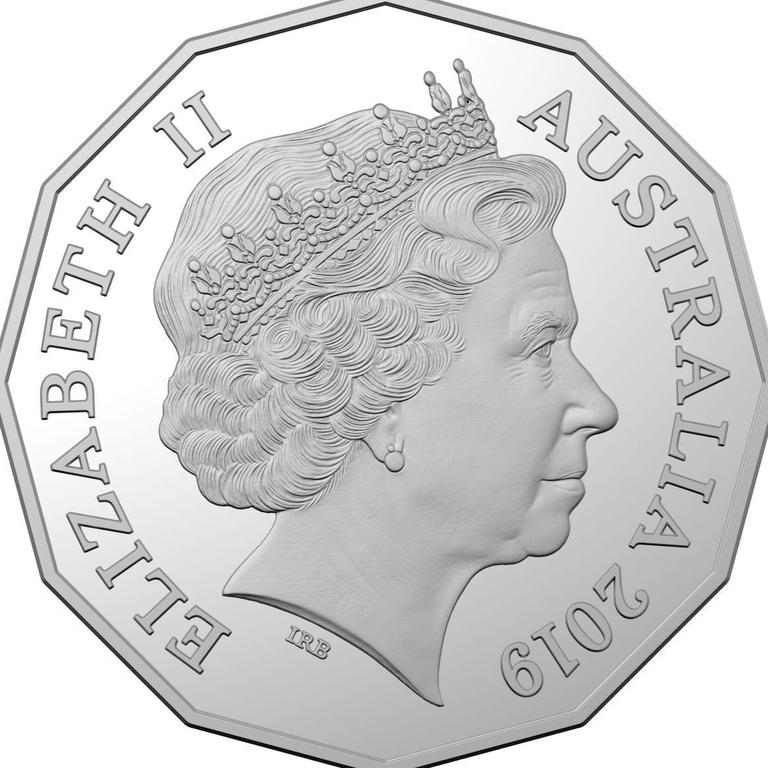 The other side looks like a regular coin. Picture: Royal Australian Mint

“The Royal Australian Mint is honoured to commemorate the last seven decades of ASIO’s important work with the very first coin produced by the Mint featuring an encrypted code similar to that used by operatives* during the Cold War,” Royal Australian Mint CEO Ross MacDiarmid said in a statement.

Director-general of security Duncan Lewis said it was “wonderful” to see ASIO and the Mint work together on the project.

“Spooks* and spies is an intriguing theme and often the stuff of novels and film. It is exciting to see this theme interpreted in such a creative and enduring way,” he said.

“2019 is a milestone year for ASIO, offering a natural point of reflection to commemorate our history and celebrate our success, our people and our culture — it marks 70 years of ASIO’s service protecting Australia and Australians.”

SPY CODES
The job of a spy is to collect information about what the opposition is up to.

Before computers, spies had to send information they collected back to their colleagues by mail, telegram, radio or telephone.

All those ways of sending messages were very easy to intercept, either by looking at someone’s mail or telegrams or listening into radio or phone conversations.

Spies had to make up codes so that if their message was intercepted, the opposition didn’t know what it meant. As each side cracked a code, the other side would have to make up a fresh code, even more complex than the last.

The “one-time pad” code method was a great success for the Soviet Union (a country that no longer exists but which included present-day Russia) at the end of World War II. “One-time pad” codes were simple but nearly impossible to break.

The person sending the message and the person receiving the message had identical sheets to refer to and made an arrangement about which sheet of the pad should be used on what date, for example: “on June 20, use page 17”.

The text of the message was converted into numbers using a page of code, which was then discarded. The person who was receiving the message knew to read the identical page of their pad to read the message.

Sometimes the pads were so small — so that they could be well hidden — the spy had to read them with the help of a powerful magnifying glass.

UPDATE: The competition has now closed and the Mint has revealed that the secret message on the coin reads: “There is no greater honour than the trust of the Australian people or weightier burden than protecting the security of Australia and its people.”

Barney & the Secret of the French Spies

CLASSROOM ACTIVITIES
1. Create a code
Create a secret code of your own! You can create a code based on using the letters of the alphabet in an unusual way, or using symbols or numbers or really anything unexpected instead of words that someone else won’t easily be able to guess.

You’ll also need to create instructions so that the person you want to be able to receive your message can decode it.

2. Extension
Use your secret code to write a job application to ASIO. Your letter should be about why you would be a great spy.

VCOP ACTIVITY
Code Breaker
Design your own secret code by creating new symbols for each letter of the alphabet. Then write a secret message celebrating something in your school, class or maybe even a joke.

Then write a message to the principal asking if you can put your code and secret message on the school website or newsletter as a school challenge to see who can decrypt your note. Maybe the principal will agree to draw one of the winners’ names out at assembly and offer a small prize or reward.

This could be a great brain break activity for your classroom as well. If you make up a class set of codes and messages, you could laminate and bind them as an activity pack. Then you can use a whiteboard marker on them and rub out the message when you have finished.

HAVE YOUR SAY: Have you ever used a code to send a message?
No one-word answers. Use full sentences to explain your thinking. No comments will be published until approved by editors.