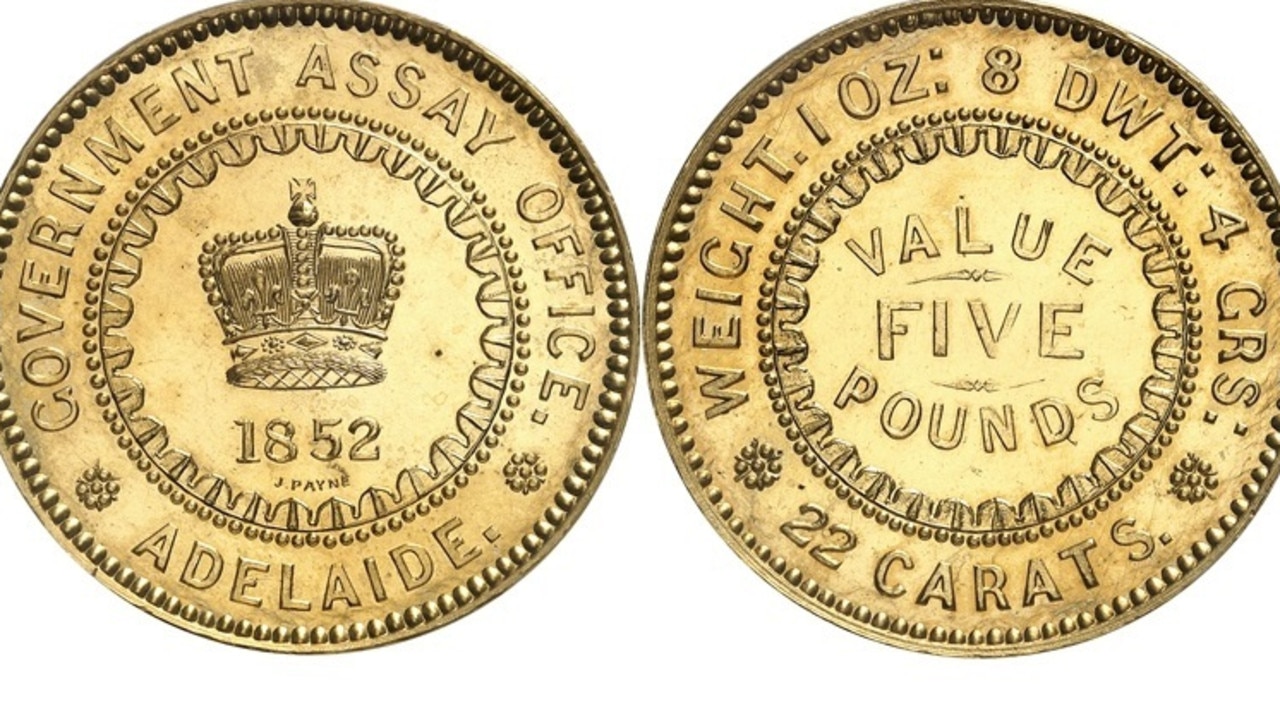 The five pound coin minted in Melbourne that sold at a Monaco online auction on June 12, 2021. Picture NCA NewsWire

Two rare Australian coins have sold for a world record price of about $1.5m each at an online auction in Monaco.

The two coins, minted in Sydney and Melbourne, were sold on June 12 in what ranked as the highest auction prices of Australian coins worldwide.

One of the coins – a £5 coin minted in Melbourne in 1921 – was so rare that only six others were ever minted.

The auctioneers described it as “exceptional*” and “the rarest type” of £5 coin.

“This is the finest known specimen*”, MDC Monaco said in its online listing.

“Special strike of seven minted only, by the Melbourne mint in 1921 on the original die.”

The coin was inspired by an earlier coin designed by engraver Joshua Payne in 1852 after the gold rush.

Another of the seven “extremely rare” coins is believed to be at the Victoria Museum in Melbourne. The second record-breaking coin, a private strike of the George V sovereign*, was minted in Sydney in 1920 and features St George slaying a dragon.

“With his seven children, his wife and him, we can assume that nine coins were minted … there are just three other coins known.”

They said the coin was struck as a private commission by NSW politician Jacob Garrard for his wedding anniversary on April 15, 1920. He said a record number of new coin bidders was helping to drive prices up across the market.

“Because of Covid we couldn’t have meetings face-to-face, so we had zoom meetings once a month and I noticed a lot of people have started to join,” he said.

“Face-to-face we used to get about 25 people to meetings (but) our first meeting was 45 people.

“We almost couldn’t fit them in because of the restrictions. I think (the pandemic) has reinvigorated people to come and have a hobby.”

Mr Pauer said the huge range of valuation* across coin, stamp and postal stationery collecting would surprise non-collectors – especially because flaws could even add to the price. According to Mr Pauer, a King George V stamp issued in 1913 could be valued anywhere from 20 cents to $250,000.

“The $250,000 stamp would have some sort of error on it, like an inverted* watermark* or an error in printing. It could be missing half the colour or it could be a different colour,” he said.

“In those early days, the inks were all a different set of colours. The King George V red could have red, scarlet, rose – all different colours.

“Most of the time … some sort of error will make it more valuable.” 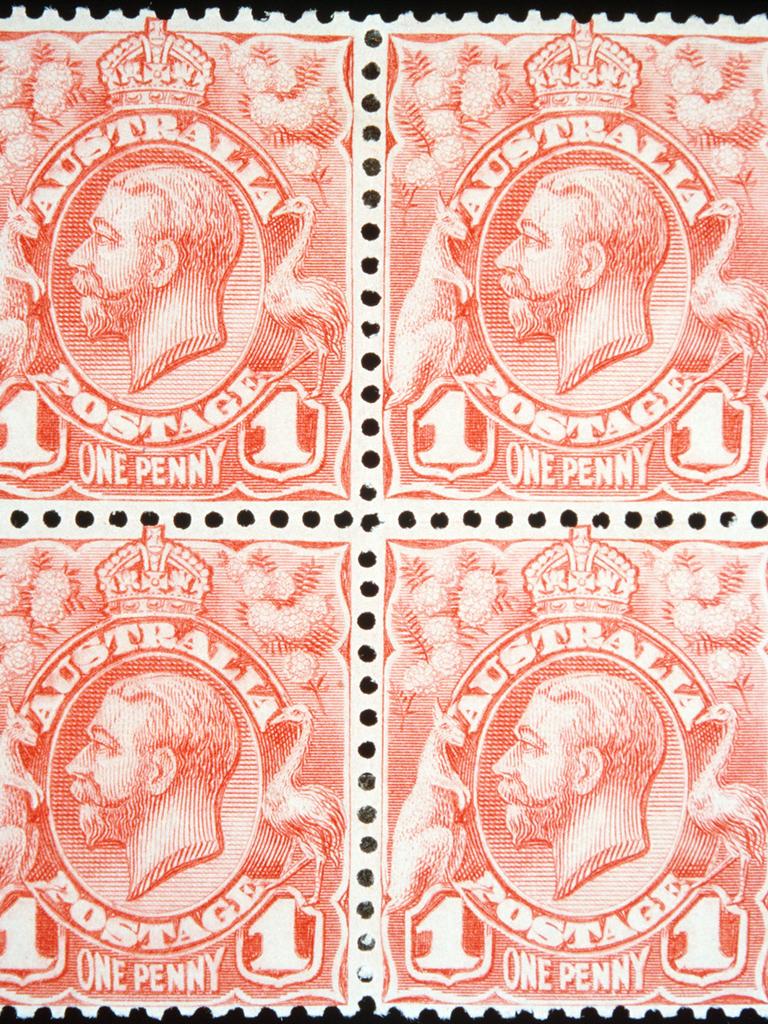 One penny postage stamps featuring King George V that were issued in Australia in 1913 could be valued up to $250,000 according to stamp expert Frank Pauer. Picture: Powerhouse Museum/supplied

The Aussie landmark coins to flip over

When and where was the £5 coin minted?

What was its sale price at the Monaco online auction?

Which saint features on the George V Sovereign coin and what is he doing?

How much did the George V coin sell for at auction?

What is the range in value for a 1913 King George V stamp, according to philatelic enthusiast Frank Pauer?

CLASSROOM ACTIVITIES
1. Old and new hobbies
In the story, it is mentioned that there seem to be lots of people taking up “simple old fashioned pastimes.” Interview five people from your class about their hobbies – ask them to tell you all of the hobbies they enjoy doing. Write their answers down. Then create a table, categorising the responses into hobbies could be considered “old fashioned” and ones that are “modern”.

2. Extension
Ask some older people (teachers, parents, grandparents) to tell you about their favourite hobby from their childhood. Find out why they enjoyed that hobby and whether their hobbies have changed since then. Write a paragraph to share what you found out.

VCOP ACTIVITY
Vocabulary Recycle
The two Australian coins that were recently sold at auction have been deemed “exceptional” and “extremely rare”.

See if you can borrow these adjectives to re-use to describe another noun or noun group.

If you don’t know what they mean, remember you can look up a definition in the glossary or a dictionary.

Re-read your work to make sure it makes sense and you have used the words in the right context.