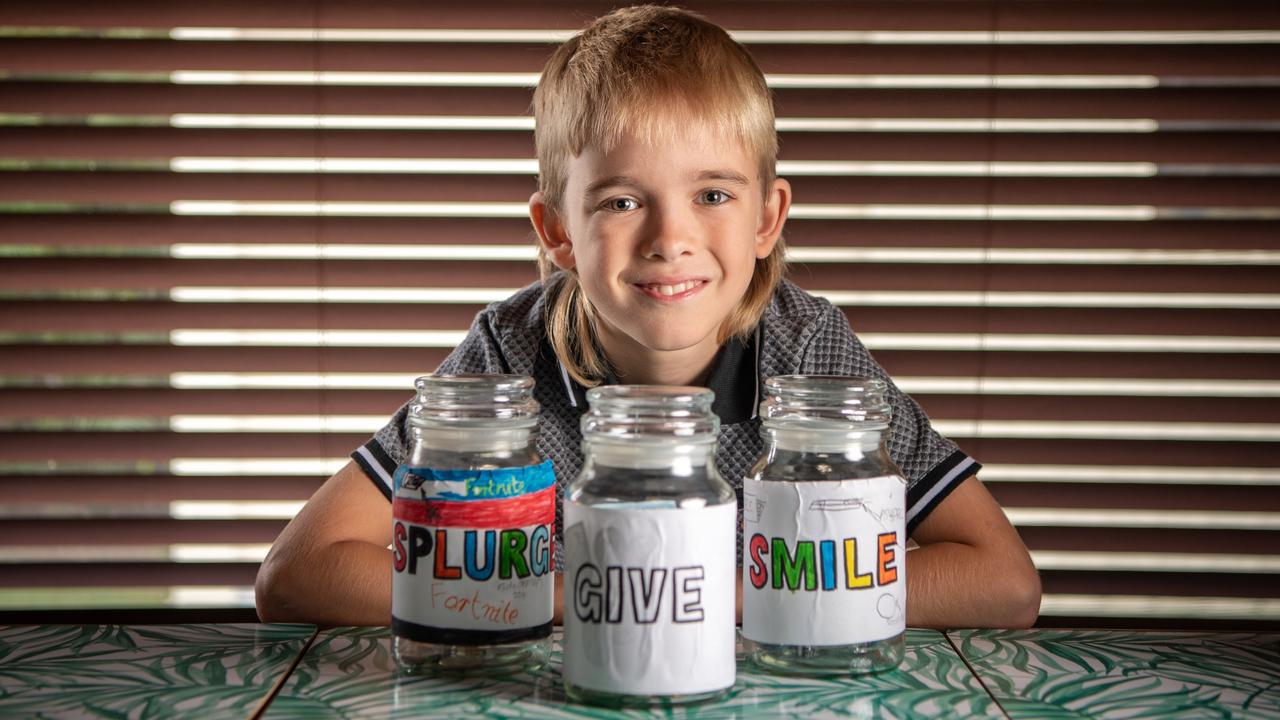 Money matters to Aussie kids who want financial literacy to be taught in the classroom.

That’s the overwhelming view of more than 500 children who responded to a Kids News survey about the importance of money education.

A whopping 94 per cent said they believed it was important to learn about earning and saving before becoming an adult.

And most of them want the lessons to come from school.

A total of 55 per cent backed money lessons in the classroom, while 35 per cent said there should be a mix of learning at school and at home. Only 10 per cent thought money education should come from home alone.

Teachers appear to be right behind students, with 86 per cent backing financial education at school in a separate Kids News poll of more than 100 teachers.

Almost 83 per cent of the teachers said lessons should start in primary school, however many said they would need extra resources* to teach money lessons. 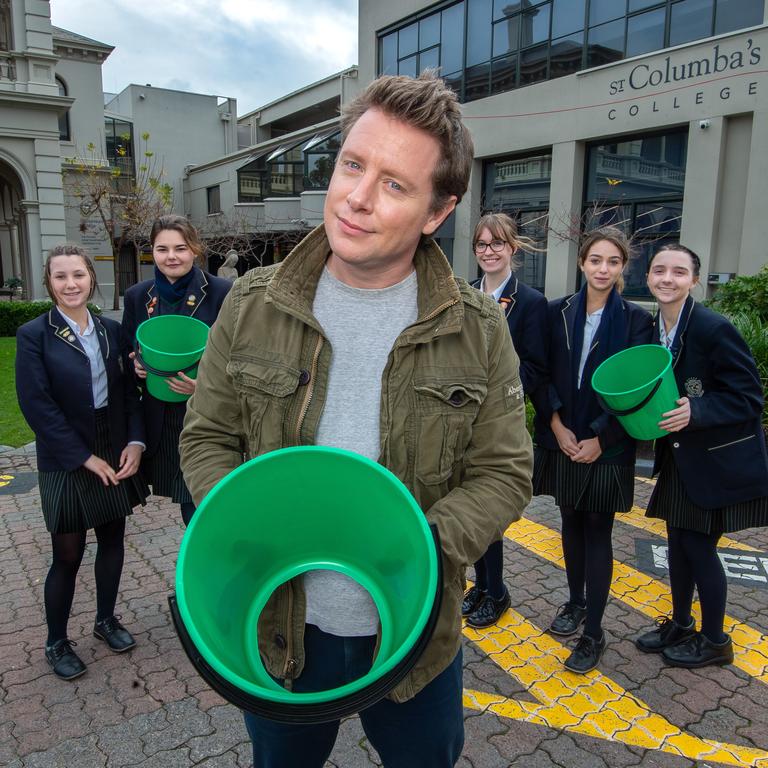 The students’ survey also revealed many kids have big financial goals, with almost two-thirds saying they wanted to be rich when they grew up.

One-third said they wanted enough money to be comfortable.

The online survey results came as money expert Scott Pape, who is also known as the Barefoot Investor, prepared to launch his Scott Pape’s Money Movement TV series about teaching children how to save and financially plan for their future.

Darcy Fletcher, 10, had money lessons at school as part of a pilot program* for the Scott Pape’s Money Movement series.

Two years on, he is sticking to the basics and as a result is earning spending money through chores, is hitting savings goals and even giving a portion to charity.

His family, in Queensland’s Hervey Bay, have all reaped* the benefits, with his siblings following his example and the household discussing finances for the first time. 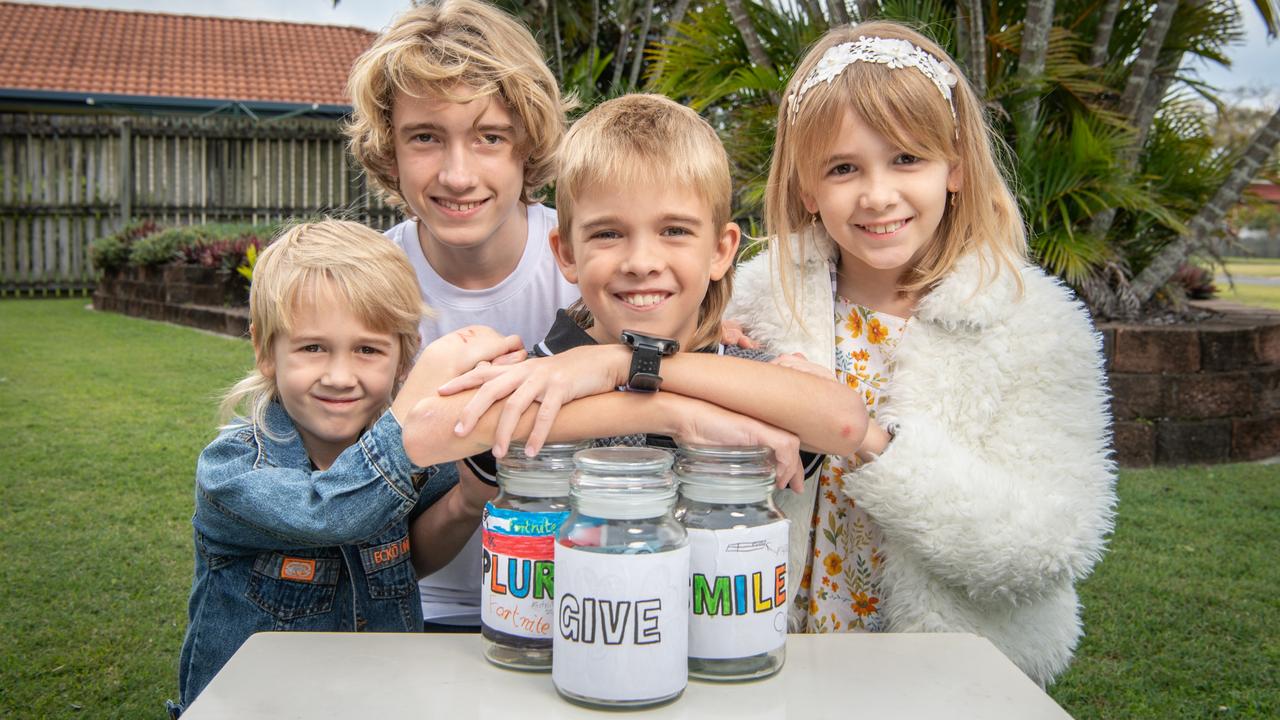 Darcy Fletcher, 10, has passed on his money knowledge to his brothers, Billy, 5, and Franky, 14, and sister Stevie, 8. Picture: Brad Fleet

“We’ve really started talking about finances and getting the kids to understand from a young age,” said Darcy’s mum, Jasmin Shaw, who added that money was never discussed at home when she was a child.

“It made us better with our finances, and we were able to pay off a couple of credit cards and we cut them up.”

The Kids News survey also found 62 per cent of children got pocket money, with 12 per cent of those not having to do chores to receive it. Sahra, 9, and Baxter, 6, get pocket money for doing chores around the house. Picture: Tom Huntley

Only 12 per cent splurged* on themselves and 3 per cent reported spending most of their money on others.

Call for money lessons in schools

How to talk to your parents about money

What type of saver are you?

CLASSROOM ACTIVITIES
1. Money Lessons
What are the most important things you know or have learned about managing your money?

What are some bad habits to do with managing your money?

Who taught you about this?

Do you think money lessons should be taught in schools? Why/why not?

Do you save or spend your money when you receive it?

Do you receive pocket money or how do you save?

2. Extension
Do you have your own bank account? What are the advantages and disadvantages of having your own account?

What are some goals you’d like to set regarding saving and spending your own money?

VCOP ACTIVITY
Spend, Save, Give
Imagine opening your next birthday card and receiving a whopping $50 from a relative. Your relative has also said you need spend some to buy something to treat yourself, save some for a rainy day, and give some to a good cause.

You need to convince your parents to take you shopping to buy yourself a treat.

Write out your speech for what you are going to say to them. Include how much you are spending and what on, as well as including how much you are saving and donating to a good cause. Provide as much detail as you can to explain to them you have really considered the best way to use the money.

Remember to read your work through before showing your parents to make sure it makes sense.