The in-flight coverall jacket that Buzz Aldrin wore to and from the moon on the 1969 Apollo 11 mission was sold at auction for almost $4 million. Picture: AFP

The jacket worn by US astronaut Edwin “Buzz” Aldrin on the historic Apollo 11 mission to the moon has sold at auction for $US2.7 million, or almost $4 million in Australian currency.

The white jacket, adorned* with an American flag, NASA’s initials, a patch for the Apollo 11 mission and the name “E ALDRIN,” was worn by Aldrin during the flight to and from the moon in 1969. It was part of a personal collection of items the second man to walk on the moon put up for sale with auction house Sotheby’s in New York in the US on July 26.

“The exceptionally rare garment was chased by multiple bidders for almost 10 minutes before selling to a bidder on the phone,” Sotheby’s said in a statement.

Aldrin, 92, is the last surviving member of the Apollo 11 flight crew behind the historic moon landing. Crewmate Neil Armstrong was the first to step onto the lunar surface, followed by Aldrin, while Michael Collins remained in the command module, named Columbia. 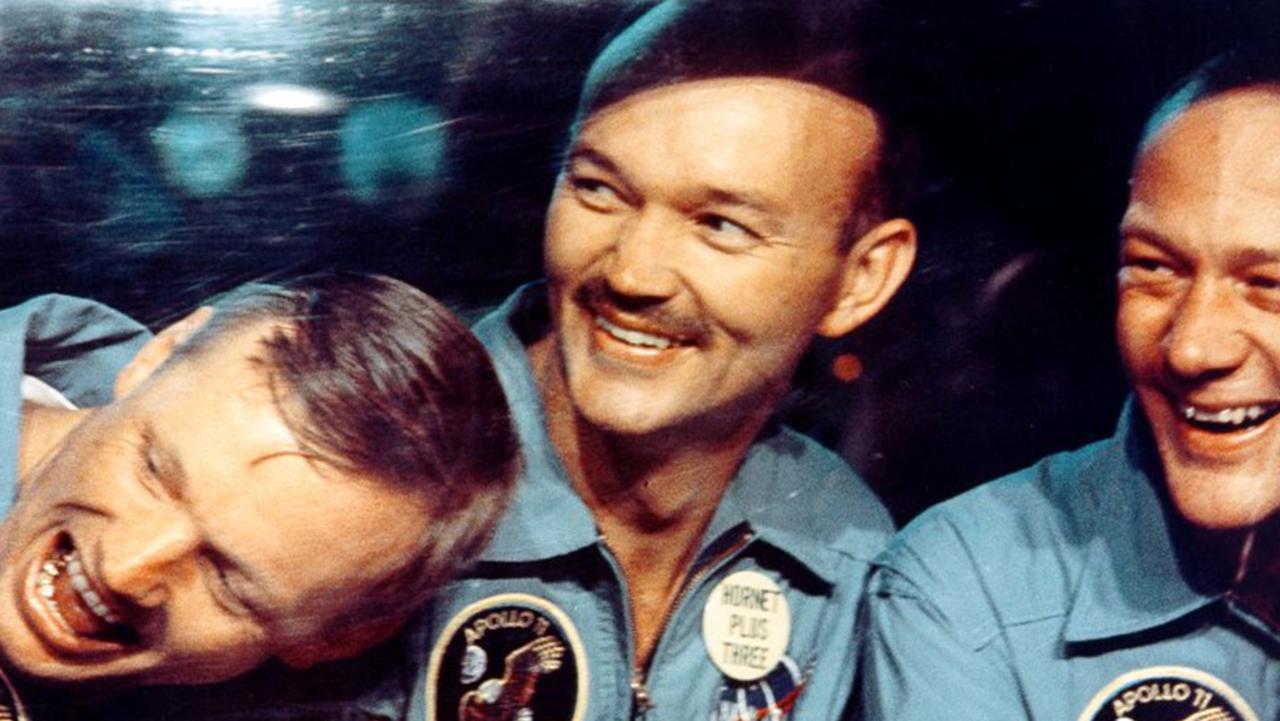 “After deep consideration, the time felt right to share these items with the world, which for many are symbols of a historical moment, but for me have always remained personal mementos* of a life dedicated to science and exploration,” Aldrin said in a statement last week.

He explained the jacket was separate from the spacesuit he wore while walking on the moon.

“I wore this in-flight coverall jacket … in the command module Columbia, on our historic journey to the moon and back home again during the Apollo 11 mission,” Aldrin said. US astronaut Buzz Aldrin walks on the moon in 1969. The suit he is wearing is part of a National Air and Space Museum collection. Picture: NASA/AFP

The spacesuits worn on the moon by Aldrin and Armstrong are part of the National Air and Space Museum’s collections in Washington.

Australia agrees to new rules for the moon

CLASSROOM ACTIVITIES
1. Find the facts
What do you know about the Apollo 11 mission and the first moon landing? Write at least four facts that you know or can find in the story.

Use your research skills to find another four facts about the mission.

2. Extension
“Buzz should have given his jacket to a museum.” Do you agree with this statement? Write reasons or arguments FOR and AGAINST this opinion.