The Royal Australian Mint in Canberra can make 650 new Australian coins every minute and up to two million coins a day. Imagine having all those in your pocket or your bank account! But making the very first of any new Australian coin is a long and delicate* process that can take months, or perhaps even years.

Here’s how it happens.

IDEAS AND DESIGNS
When a new coin is needed, a team of coin developers, designers and engineers* work together on how they would like the new coin to look.

Next time you get a coin, look at it and also close your eyes and feel it carefully, considering how many decisions need to be made. These decisions could include: what it is made out of and its size and shape, whether the Queen’s effigy* will stay the same on the heads side as for previous coins, what design will go on the tails side and what pattern will be around the edge. 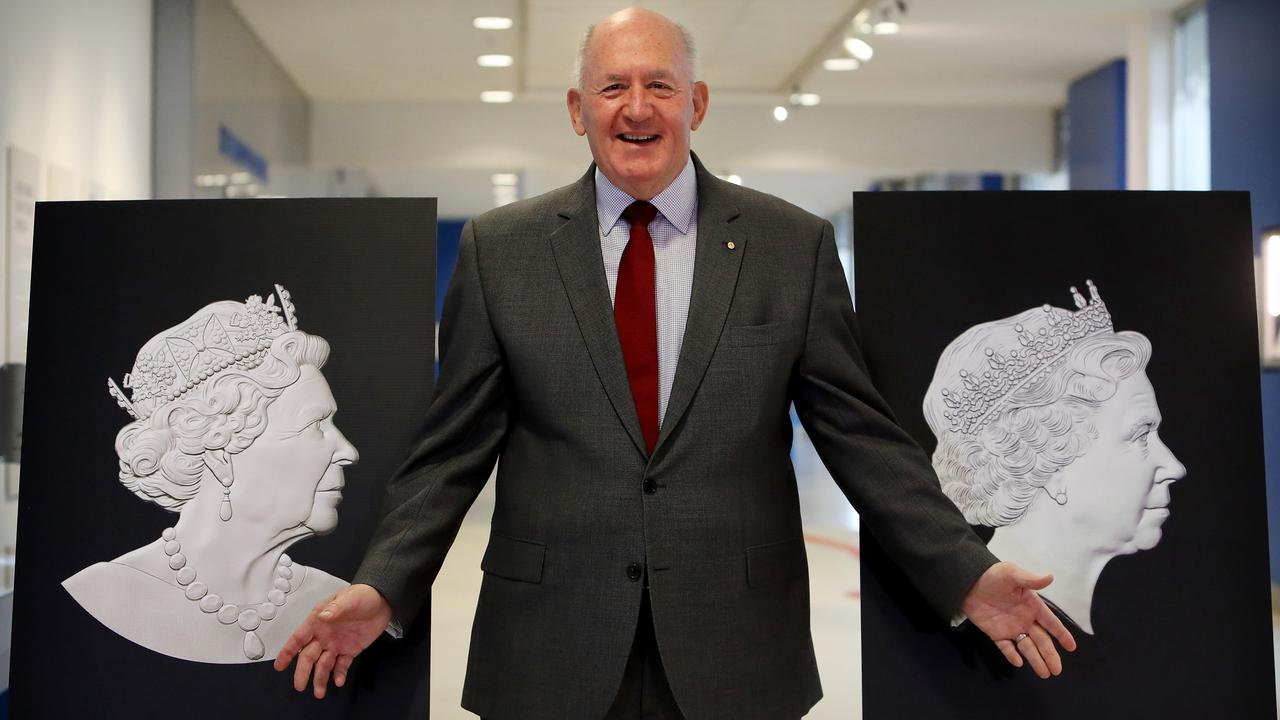 The Governor-General, General Sir Peter Cosgrove officially launched the first Australian coins to bear the new portrait of Her Majesty Queen Elizabeth II at the Royal Australian Mint in Canberra in April this year. The previous effigy is on the right.

Some features are to make different coins obviously different for vision-impaired people and for when machines sort them. The 10 cent coin, for instance, is a similar size to the $1, but the 10 cent has grooves all around the edges and the $1 has grooves and smooth areas alternating.

Once everyone has decided on how it will look, coin designers make and sculpt a large plaster model of the coin. Sometimes, instead of plaster, the designers use computers and 3D modelling software. The plaster cast for the $2 coin at the Royal Australian Mint. Picture: Steve Keough

MAKING THE COIN-MAKING TOOLS
From the finished model a steel model is made called a master tool. A computer-controlled engraving* machine makes this steel model and this can take 24 hours.

The finished steel model is put into a strong press and, in a process called hobbing*, the design is pressed (using 100-400 tonnes of pressure!) into a softened steel block. The result is a negative coin, like a mould. Where there are raised features or bits that stick out on a real coin, on the negative this feature would be hollowed out. This process of making a model and then a negative is repeated a couple of times until a final negative is made of the right kind of steel. Finally, a working hob, which is a negative, like a mould, is made. This is called a production die*. Watched by his daughters Elizabeth and Eve, Ben Roberts-Smith VC presses a special $10 collectable coins at the Australian Mint in 2014. Regular circulating coins are pressed in a big factory setting at the Mint, with 650 being made every minute.

These coin-shaped pieces are called blanks, because they don’t have a design on them. They are round, except for the 50 cent blanks, which have 12 sides, called a dodecagonal. 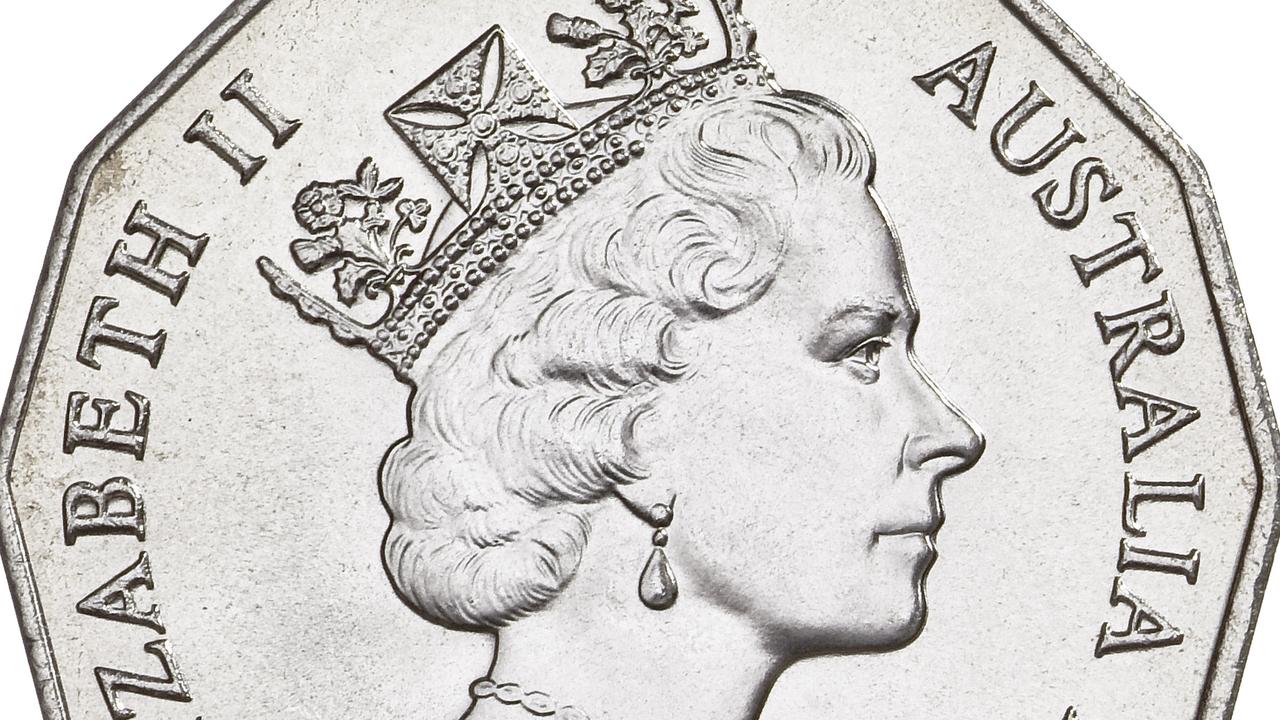 The Australian 50 cent coin is the only circulating Australian coin that isn’t round.

The blanks are rolled through a machine with a groove in it, which makes a raised edge. They then go through a press, with the design for both sides being pressed into the coin at once with the production die. They spread and stretch a little when they are pressed, which pushes them into the sides of the die, pushing little grooves into the edge.

Proof coins are made in manual presses that work quite slowly. Proof coins are test coins. Mint press operators look at these coins very carefully with magnifying glasses to check for imperfections*. Any that aren’t perfect are sent away to be melted down.

Once the proofs are perfect, circulating coins can be pressed quickly, then counted, packaged and weighed and stored in vaults* at the Mint until they are sent to banks and then out into circulation.

Each coin stays in circulation for about 30 years. His Royal Highness, Prince Philip, opened the Royal Australian Mint in Canberra on February 22, 1965, in time to make the coins for Australia’s switch to decimal currency in 1966.

It will cover topics including currency, international money markets, cash versus electronic transactions, saving, spending, donating and why learning maths is important to help you manage your money.

To find the page, use the homepage navigation bar or the Money module that sits under Sport or simply click HERE

CLASSROOM ACTIVITIES
1. Sequencing
The following dot points are the simplified steps of making and distributing a new coin but they are jumbled up. Use the article to help you put them back into the correct order.

Extra resources: Printed copies of the dot points to cut and paste into the correct order.

2. Extension
If Australia was to introduce a completely new coin:

HAVE YOUR SAY: What would you put on the tails side of a new coin? Use full sentences to explain your thinking. No one-word answers.